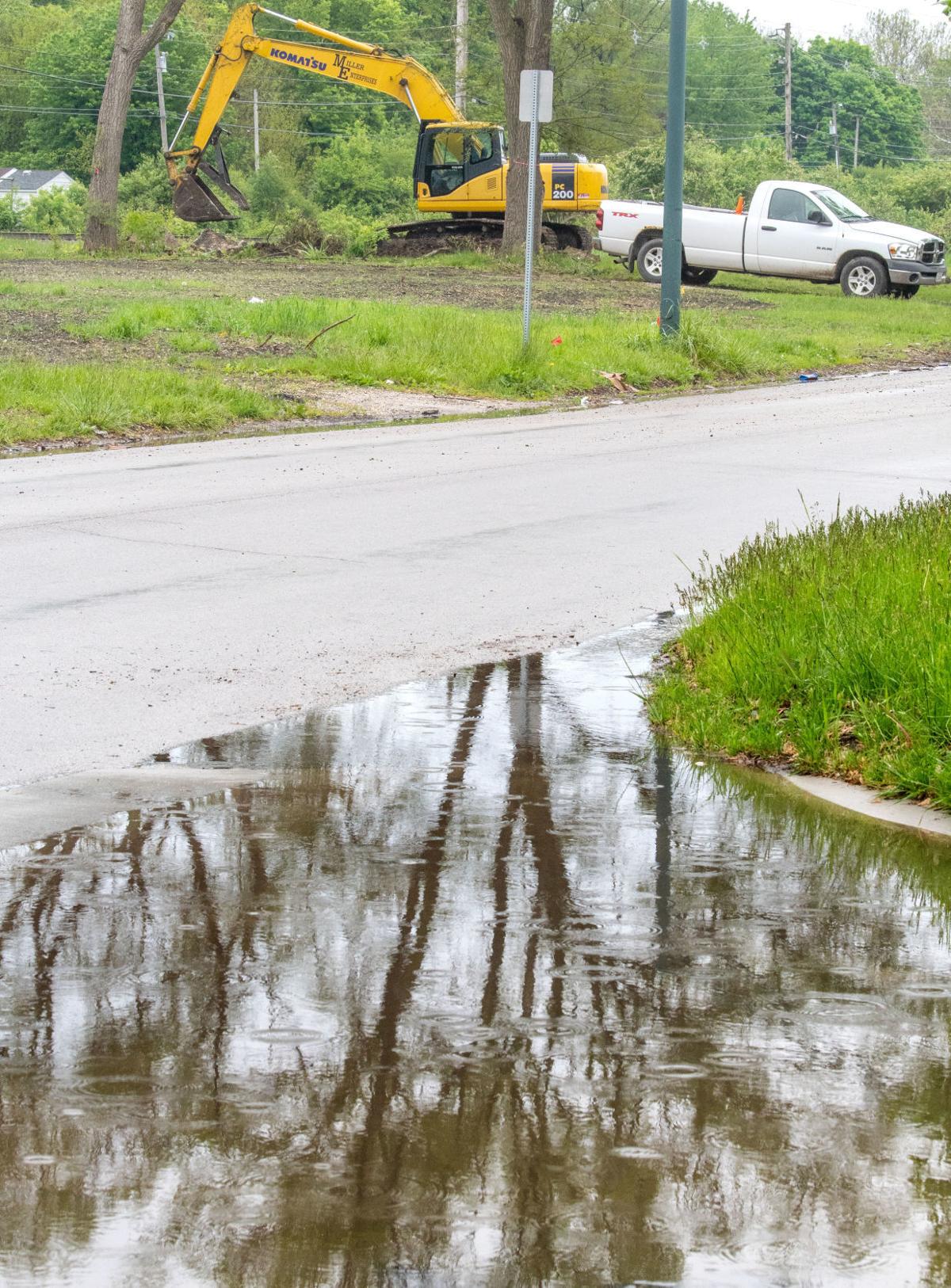 Dave Miller of Miller Enterprise, Champaign, removes the remnants of the second to the last foundation from a home along the north side of Hedge Road near Garden Hills Drive in Champaign on Monday, May 17, 2021. 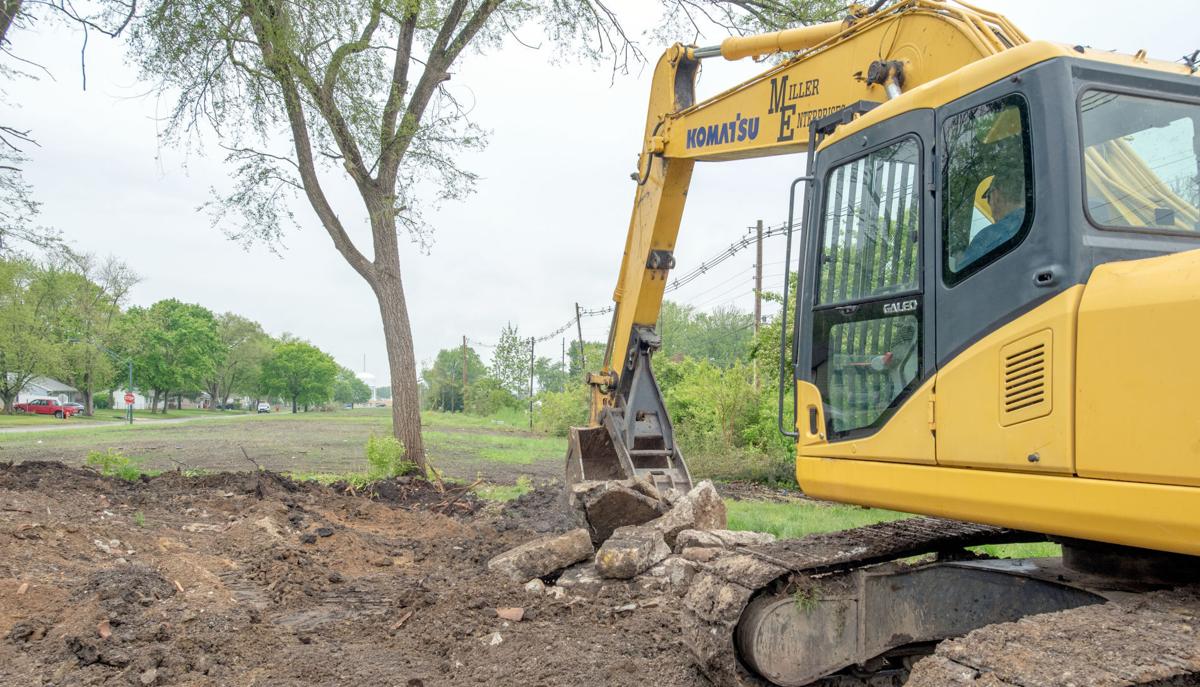 Dave Miller of Miller Enterprise removes remnants of a foundation from a home Monday along the north side of Hedge Road in Champaign.

Dave Miller of Miller Enterprise, Champaign, removes the remnants of the second to the last foundation from a home along the north side of Hedge Road near Garden Hills Drive in Champaign on Monday, May 17, 2021.

Dave Miller of Miller Enterprise removes remnants of a foundation from a home Monday along the north side of Hedge Road in Champaign.

CHAMPAIGN — Monday’s rain provided another reminder of why the Garden Hills drainage project is in the city’s 10-year Capital Improvement Plan.

But the oft-flooded north Champaign neighborhood might not see drainage improvements until 2030, when construction on a detention basin is slated to begin.

“I believe there’s more that can be done. If there can’t, and if it’s not possible, then I would like some hard proof and information as to why,” said Chad Smith, president of the United Garden Hills Neighborhood Association.

“It’s just hard to believe that the money’s not there.”

Champaign Planning and Development Director Bruce Knight, who helped put together the new 10-year plan that will be discussed tonight by the Champaign City Council, said the project can’t simply be moved up in the timeline, as that would “require significant rearranging.”

“Some of the projects are scheduled for later than we might like, but they’re for when funds are available,” Knight said.

The city is trying to find ways to move the Garden Hills project up, he said.

“We are continuing to study different possible ways to finance that project so it could happen sooner, and we plan to come back to council with a study session in the fall,” Knight said.

The capital plan calls for more than $400 million in infrastructure spending, including about $40 million over the next year.

Some 136 projects are included in the plan, each of which must be prioritized for limited city funding.

“This is a significant investment in the city’s infrastructure and in maintaining and expanding it,” Knight said.

In the next few years, the plan outlines spending for the new downtown plaza, continued work on the Boneyard Creek, the reconstruction of Mattis Avenue from Windsor to Curtis roads and a sanitary sewer project on the south end of downtown that will allow more redevelopment, including The Yards mega-project.

But design work for the detention basin in Phase 2 of the $44 million Garden Hills project isn’t scheduled to begin until 2027.

The city council increased its stormwater utility fee in 2017 and again this year to help pay for the Garden Hills drainage project and move it forward, but phases 3, 4 and 5, which include installing storm sewers and rebuilding streets, won’t be completed until beyond the 10-year plan.

In the meantime, Smith said the city should find a use for the land where the since-demolished houses were along Hedge Road.

“They don’t have to put a lot of money into that to then be torn out,” Smith said. “Maybe in cooperation with the park district, we can put some playground equipment there or a soccer field or football uprights.”

With no houses on one side of the street, Smith said cars race down Hedge Road.

“It becomes a race track,” he said. “It’s just asking for trash to be dumped and what have you.”

While Smith said improvements to the empty lots would be welcome, he doesn’t want that to slow down the drainage project.

“I don’t want it to be … a pacifier and excuse for not starting earlier on the project,” he said.

And while he understands why the city is waiting to install sidewalks and street lights until after the drainage issues are improved, Smith believes something can be done before Phase 2 begins.

“The concerns are definitely growing with the lack of street lights and sidewalks, especially with the continued gun violence that goes on,” Smith said.