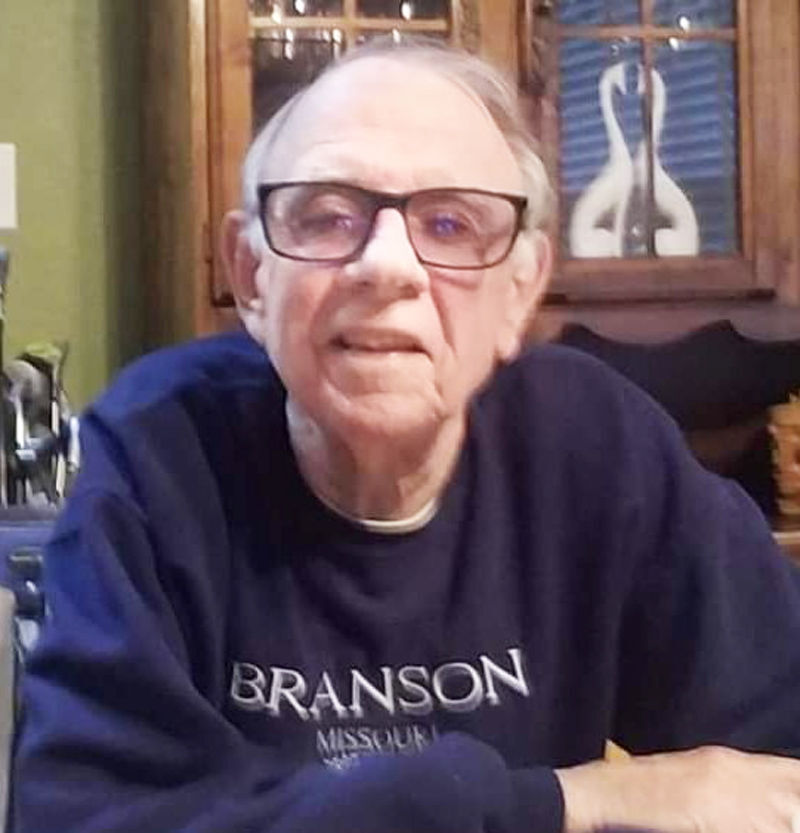 Fred Meek of Rantoul, who died Nov. 26 at age 77, held roles in many different area agencies, including the Community Service Center of Northern Champaign County, Thomasboro village board and school board, Rantoul Exchange Club and Octave Chanute Aerospace Museum Foundation.

Fred Meek of Rantoul, who died Nov. 26 at age 77, held roles in many different area agencies, including the Community Service Center of Northern Champaign County, Thomasboro village board and school board, Rantoul Exchange Club and Octave Chanute Aerospace Museum Foundation.

RANTOUL — Fred Meek had been out of the hospital for just three days in June when he showed up for a meeting of the board of the Community Service Center of Northern Champaign County, for which he served as treasurer.

And that sums up Mr. Meek’s life, according to those who knew him.

He was committed to his family, his community and people in general. Evidence of that is available by looking at the number of memberships and group involvements in his life.

Mr. Meek, who died Nov. 26 at age 77, was part of a generation that believed in getting involved.

As a board member for Community Service Center — a multi-agency center that provides mental health, social and welfare services to residents of northern Champaign County — he served three consecutive terms (nine years total) on the board of directors in the early 2000s.

He would have served longer, but its bylaws forbid it, Kulczycki said. That didn’t stop him from returning to serve on the board later.

Mr. Meek held every officer position on the board at one time or another except for secretary.

“He was interested in helping the community in any way he could,” Kulczycki said. “He helped with various fundraising events, especially the annual golf outing.”

“He was willing to do whatever needed to be done,” Kulczycki said. “He was that kind of person. His strength was commitment. Once he said, ‘Yeah, I’m going to do it,’ he stayed with it.”

“Fred was always a nice guy,” Friemel said. “Anything that needed to be done, if you asked Fred, he generally would do it.”

Mr. Meek, who was a past president of the club, filled in for Friemel as secretary when he couldn’t be present at Exchange meetings.

A native of East Palestine, Ohio, Mr. Meek earned a bachelor’s degree in business administration from Youngstown State University. He also did graduate work at the University of Illinois.

Mr. Meek enlisted in the Air Force and served at several bases, including Chanute in Rantoul, where he met his future wife, Linda Schluter, when both were working in the base-supply division.

The Schluters had two children — Marcy Todd and Michael Meek, both of Champaign. His wife, children and a granddaughter survive him.

After his Air Force discharge, Mr. Meek worked for 35 years in the home- and modular-building business.

The last 27 years were with Schluter Homes in Urbana, including a stint when he ran the business, Friemel said. He retired in 2008.

“I just really liked him,” Friemel said. “Just somebody I could talk to.”

Mr. Meek’s son remembers his dad’s involvement in various capacities around the communities in which he lived.

Mr. Meek and his wife formerly lived in Thomasboro before moving to Rantoul.

Mr. Meek and son would bond around sports as both spectators and players.

“We would go golfing all the time,” his son said. “The last few years he would attend his granddaughter, Olivia’s, sporting events in Champaign.”

Meek also remembers his mother and father taking yearly trips to Branson, Mo., after his retirement.

“That was probably their favorite vacation spot,” Meek said.