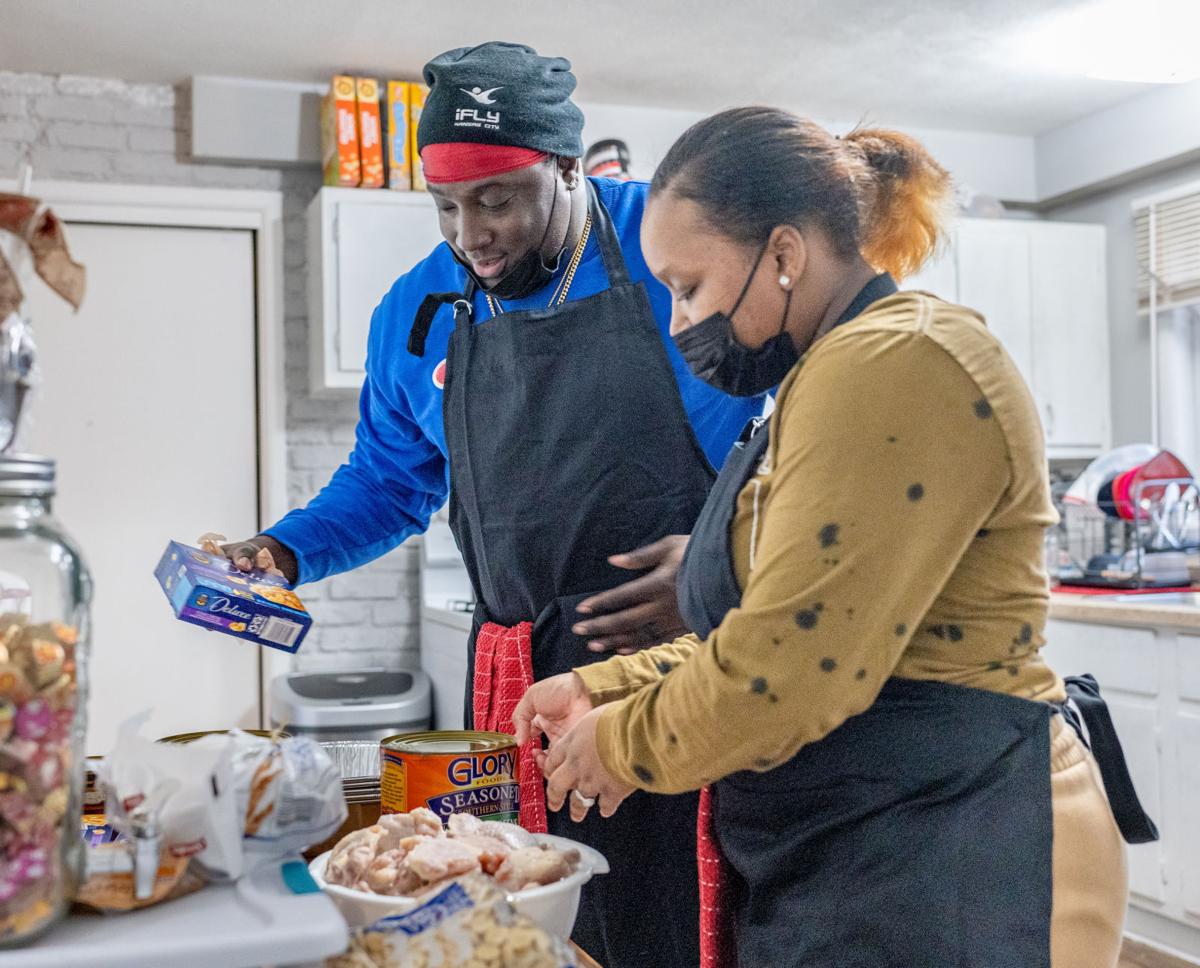 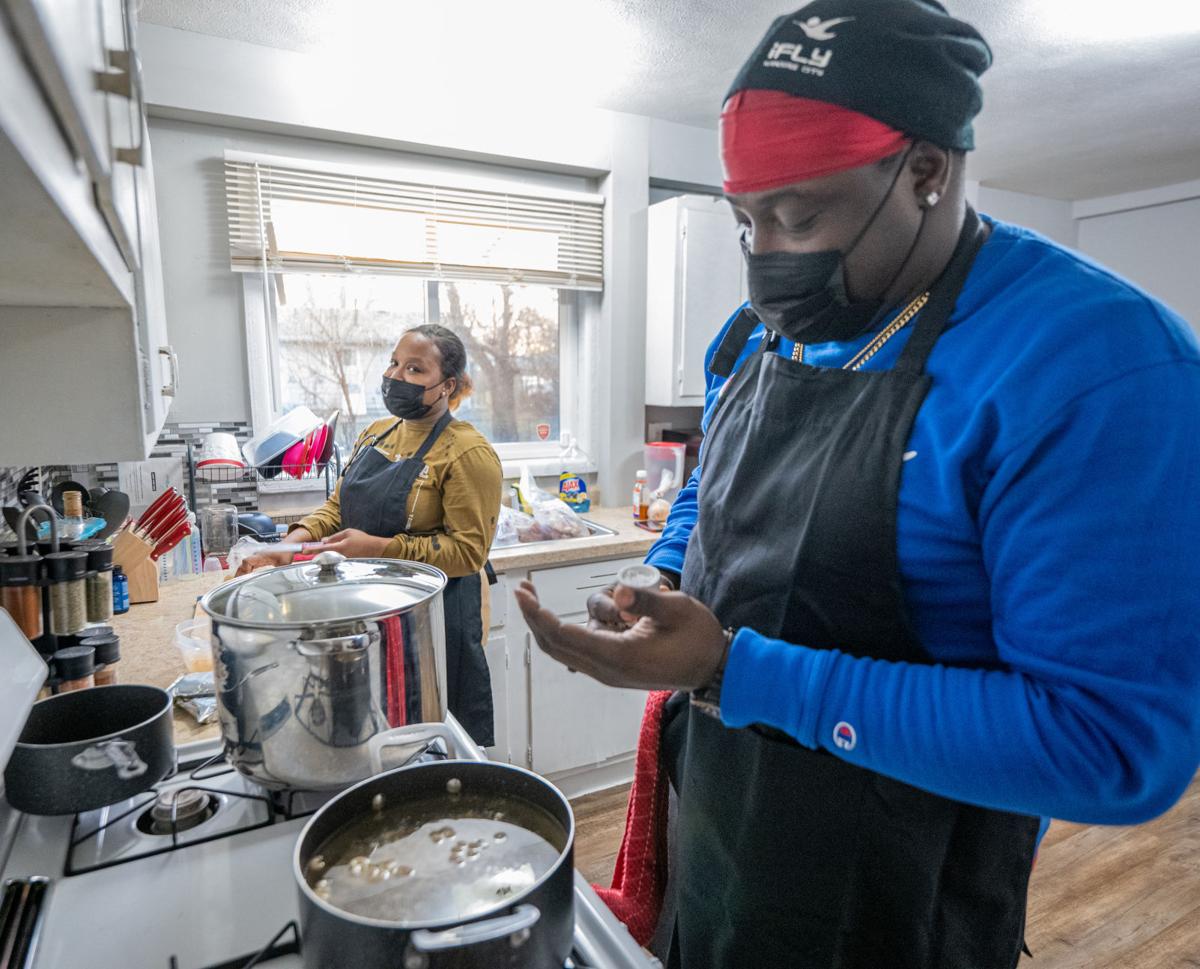 CHAMPAIGN — As Alnar Johnson slept in her car in between her classes at Parkland College and her shifts at Houlihan’s and with DoorDash, she knew what it was like to feel the pang of hunger without a kitchen to cook in. Johnson moved to Champaign from Chicago in 2016 with the idea of attending college but had little money and no plans of where she’d live.

In 2017, when she had her first child, Johnson moved into a place of her own. While on duty with the National Guard in January 2020, she met Justin Phipps, a fellow officer who said he’s also had periods of life where he hasn’t had a home of his own.

The two grew close during a COVID-19-related mission that spring and eventually became engaged. In April, they moved into a house together, where they enjoy cooking plentiful meals for their combined seven children.

“We cook like people would cook on the holiday regularly,” Phipps said. “You definitely have appreciation for having your own kitchen, making your own food, being able to feed you or your kids in your own home.

“It’s totally different sleeping in someone else’s house versus having your own home where you can do freely what you want. Cooking and eating whatever it is you want to eat, and things like that. It’s a good feeling.”

And this Christmas, they decided they’d like to cook for people who didn’t have a kitchen of their own.

After contacting various organizations that provide services for the homeless, they made a plan to make a meal that will be served at C-U at Home on Thursday.

“Driving through Champaign-Urbana, you see more and more homeless people on the street,” Johnson said, “and we wanted to give back to them and let them know that they have support, that they have people who care, and it’s not just the homeless shelters, it’s also people that don’t know them.”

On Tuesday, the two bought 25 pounds of chicken, boxes of macaroni and cheese, cans of yams and ingredients to make chili and began their preparation for a meal that they expect to serve a minimum of 70 people. They hope to do the same for many Christmases to come, possibly even expanding it in future years.

“This is something that we both wanted to do just for the simple fact that we’ve both been in a place of need before,” Phipps said. “God has blessed us to be in a position where we don’t necessarily want or need anything, per se. He’s blessed us to be in a position to be able to provide for others in need, of course with nothing in return. We give and we give freely, as we should.”