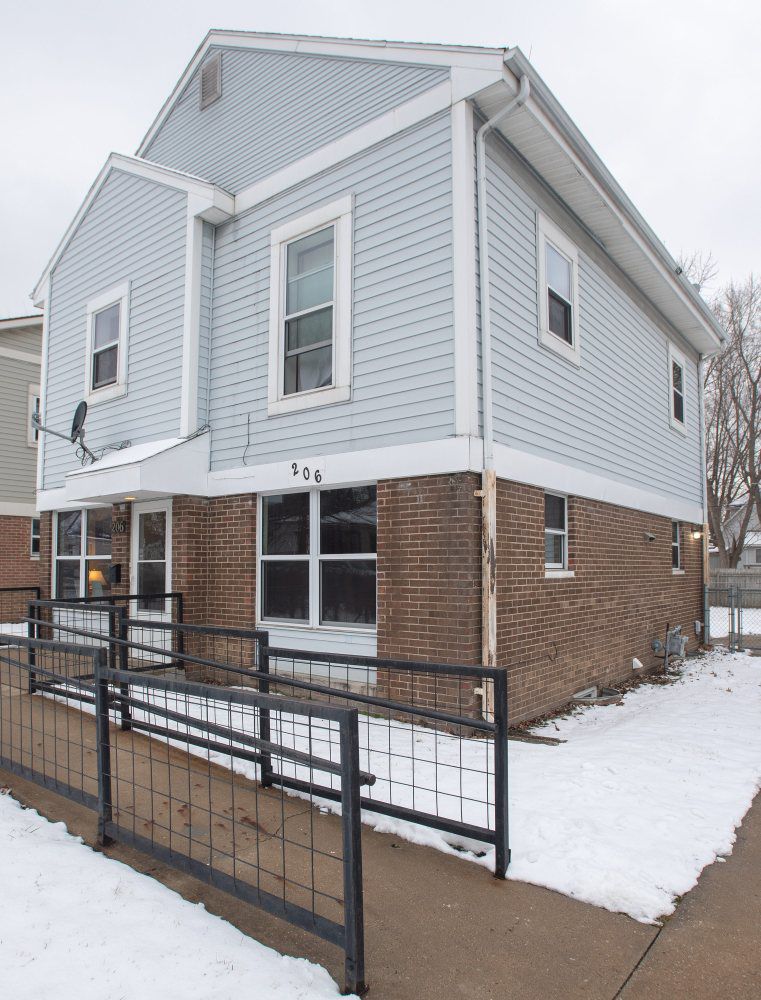 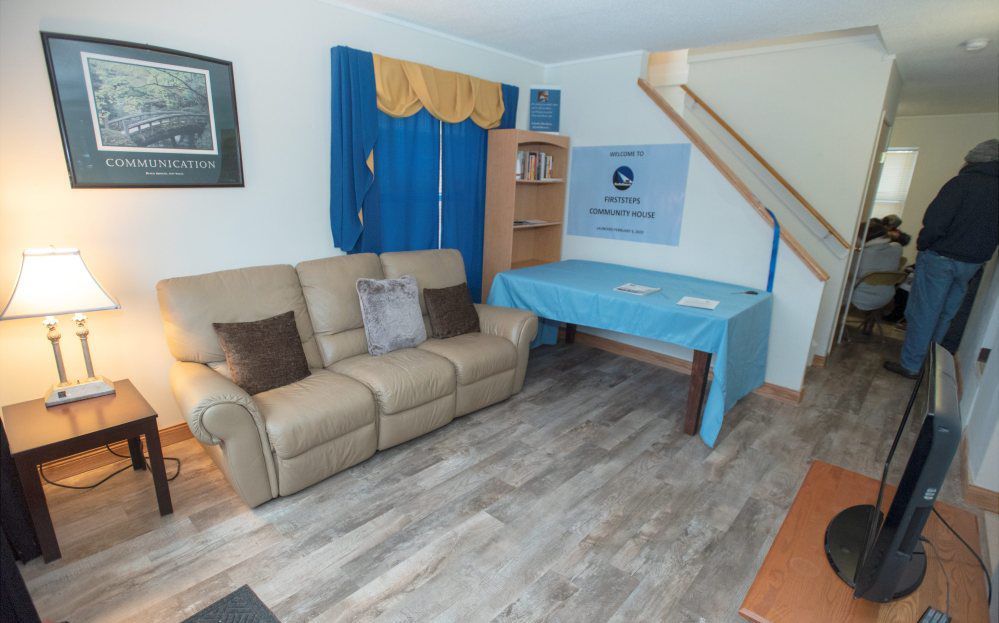 The living-room area of the FirstSteps Community House is shown Thursday, Feb. 6, 2020, on West Ells Avenue in Champaign.

The living-room area of the FirstSteps Community House is shown Thursday, Feb. 6, 2020, on West Ells Avenue in Champaign.

CHAMPAIGN — When people leave prison, they get $10, a suit of clothes and a bus ticket.

Even among those lucky enough to have family to move in with, emotional trauma is a potential risk. Some have never seen cellphones.

And for James Kilgore, it was strange to be able to pay for gas at the pump using a credit card.

The FirstFollowers Re-entry Program steps in during that transition period and provides support, guidance and hope through peer mentorship. The organization has been around for five years and runs a drop-in center out of Bethel AME Church. Now, it’s taking it a step further.

FirstFollowers, in partnership with the Housing Authority of Champaign County, broke ground Thursday on the FirstSteps Community House, its first transitional home for men released from prison.

Kilgore, the advocacy and outreach director for FirstFollowers, said the idea was sparked by the results of a community survey showed that 83 percent of respondents believed authorities should provide transitional housing. When David Northern took over as head of the housing authority, with transitional housing already on his agenda, a proposal was created and the partnership between FirstFollowers and HACC was born.

FirstFollowers was given money to renovate the house, and Kilgore said all of the work was done by men who have been through the program.

“They were typically younger guys with experience in the criminal-justice system, but they were trained in building skills,” he said. “They did a lot of drywall, a lot of painting, relaid the whole floor.”

For Vincent Andujo, FirstFollowers’ workforce development coordinator, the best part of renovating the house was “the way the guys came in enthusiastically. Rain, sleet or snow, the guys showed up, got on it and were driven to meet the deadline. And not only because we had a deadline to meet, but because they had in mind some guys were gonna come live in this space, and they were a part of giving back to the community in a tangible way.”

The house is owned by the housing authority, and FirstFollowers is responsible for utilities, although Kilgore said once residents are employed, they will be expected to contribute at least 10 percent of each paycheck toward utility bills. There are four bedrooms for residents and a fifth for an overnight supervisor.

Kilgore also said everything inside was either donated by businesses or paid for via fundraisers put on by different local organizations.

“Slumberland donated the beds, Carter’s donated the sofa and various organizations have sponsored the furniture in different rooms,” he said. “We’ve had a huge outpouring of support.”

To become a resident, inmates need to fill out an application. Then, FirstFollowers mentors begin to build relationships with the applicants through phone calls, visits or even video calls.

“We’re not concerned much with what they did in the past. What we’re concerned with is if you spent 15 years in prison, tell us what you’ve done in that time. Tell us what you’ve done to make yourself better. What are you going to do when you get out here? Do you have plan of action? Do you have some goals?” said Kilgore, who wrote a novel during his six-and-a-half years in a California prison in the 2000s. “... Or have you been playing dominos for 15 years and you’re ready to come out here and have somebody do something for you? Because that’s not going to work.

“We’re careful that we’re getting people who are serious. Because this is a pilot, so one person coming in here and doing the wrong thing can mess up not only just this house, but the whole idea of re-entry housing.”