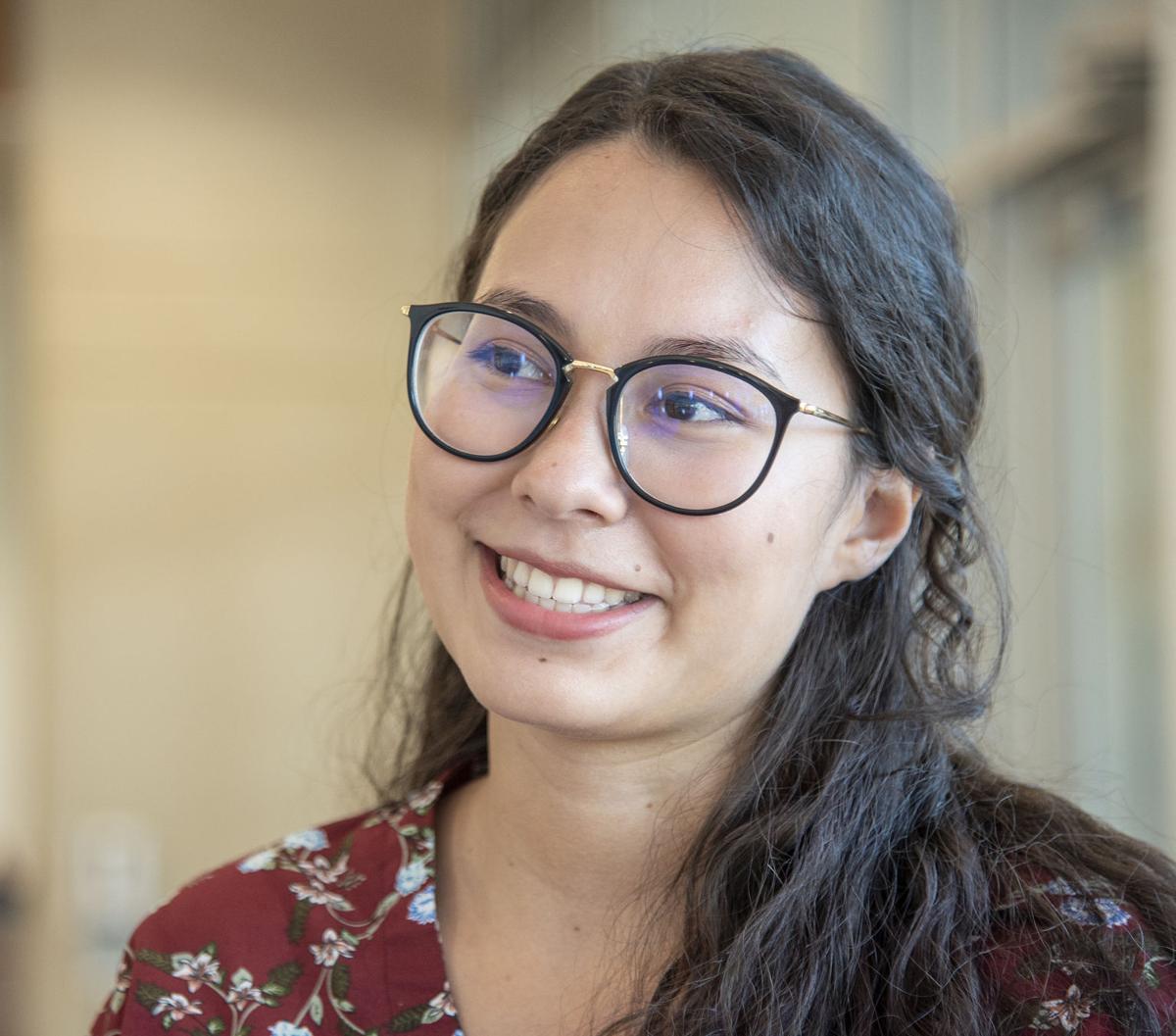 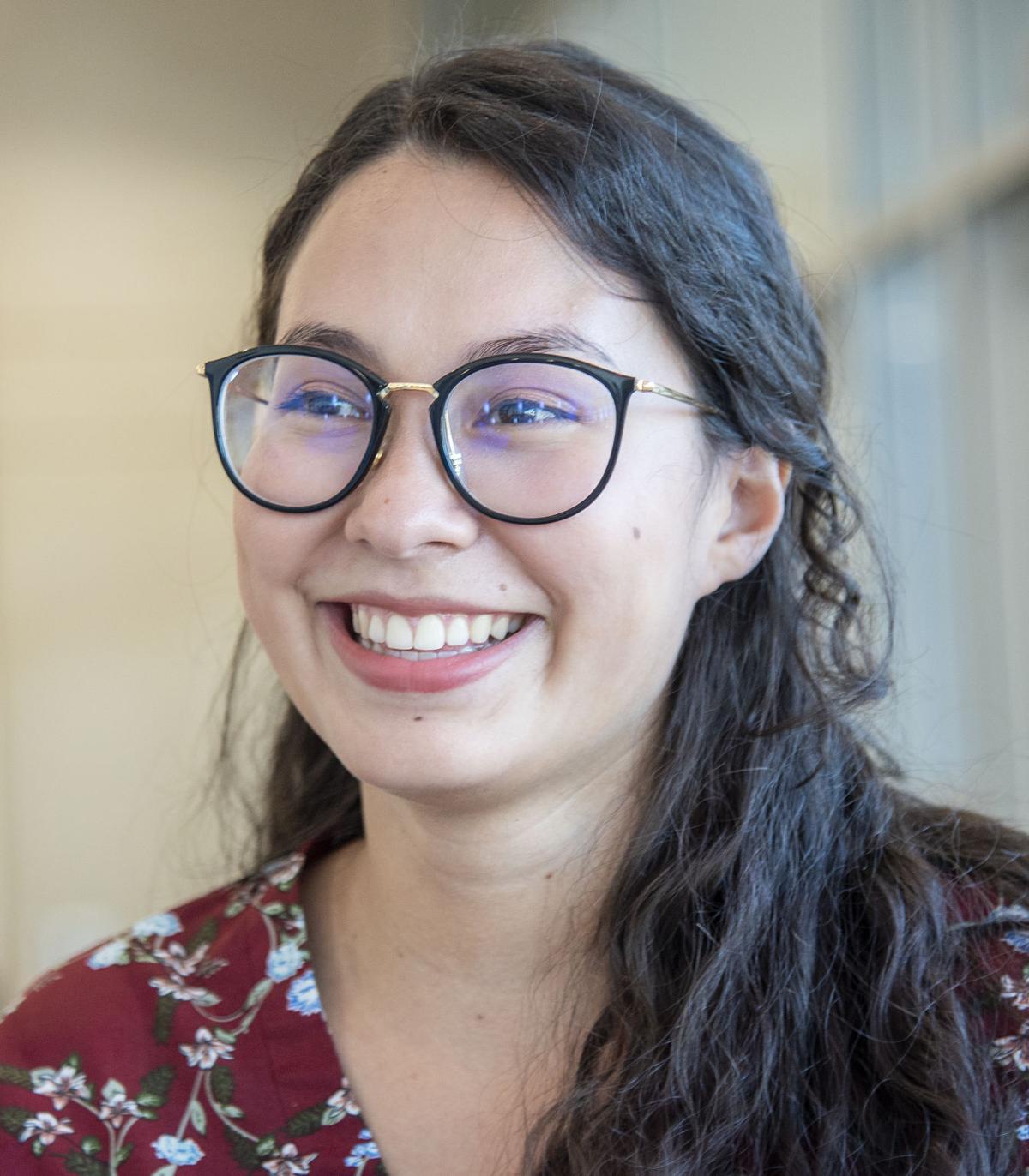 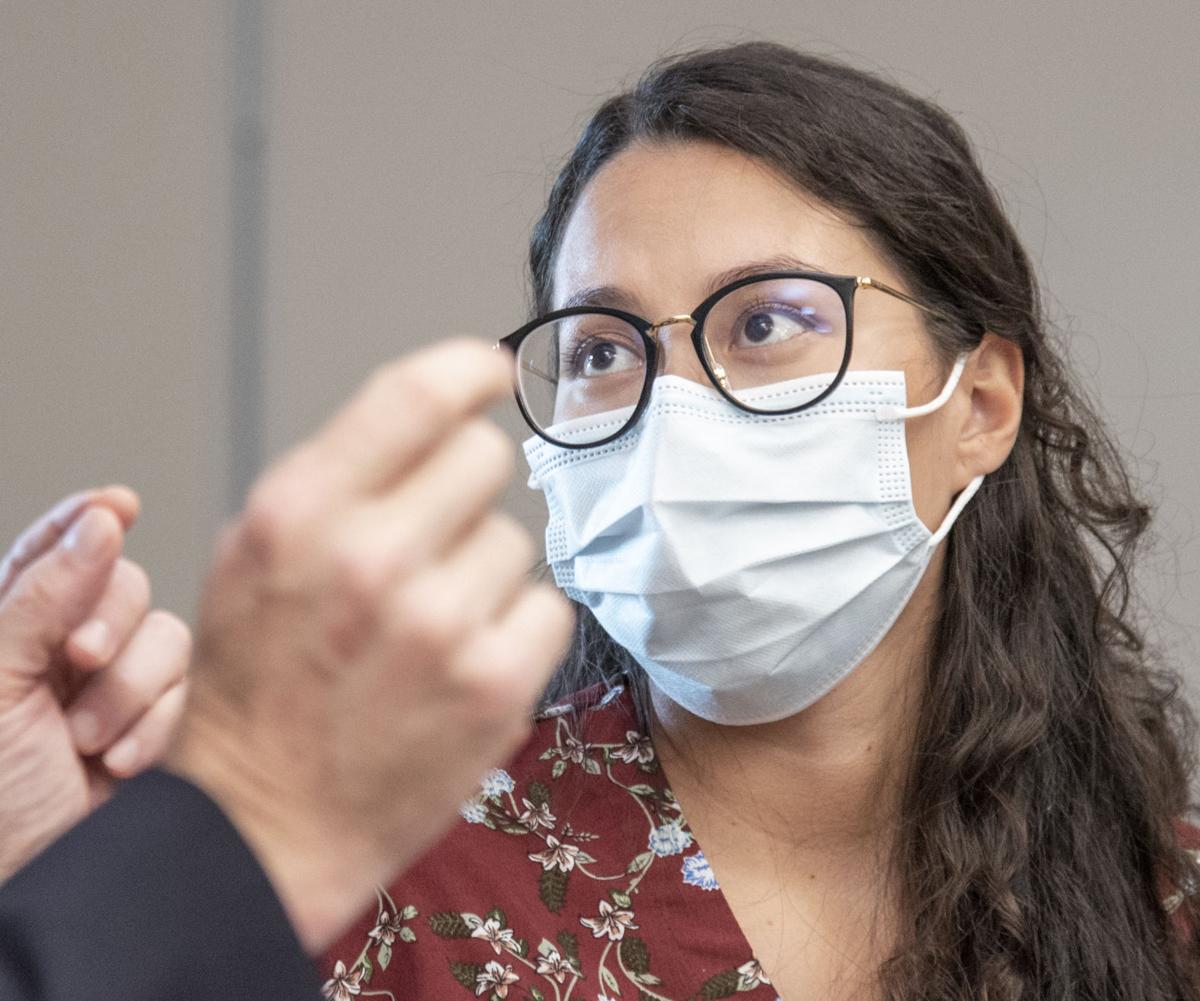 URBANA — Daniella Di Stefano will brave any conditions for the causes she believes in.

After the Supreme Court agreed to review lawsuits against Deferred Action for Childhood Arrivals, or DACA, which prevents deportations for hundreds of thousands of young immigrants, Di Stefano helped raise over $1,000 to help pay for DACA applications and organized a campus rally in fall 2019 that more than 100 people attended.

Even in the freezing cold.

“It snowed for the first time of the school year that day and then didn’t snow again until December,” Di Stefano said through laughter. “A very odd way for the universe to react to our protest and our rallies.”

Two years later, the legal challenges have failed, and Di Stefano’s now a senior who has embedded herself into two immigration rights organizations on the University of Illinois campus.

For her work at the New American Welcome Center, helping local clients navigate the legal work of the immigration process, the senior will be honored with the Student Leadership Award from the C-U Immigration Forum today.

The honor surprised Di Stefano; she nominated a few students for this award, never considering it could end up with her. The imposter syndrome “will never go away,” she said.

But the honor came as no surprise to her supervisors at NAWC, who struggle finding the words to sum up how important Di Stefano’s been to their organization.

“She’s just been a huge asset and played a huge role, honestly, I get emotional about the fact that she’s leaving us when she graduates in May,” said Zoë Foote, NAWC director of immigration legal services and assistance program.

When Foote was on maternity leave from July to October of last year, Di Stefano and another staff member kept the legal services running, even updating a few practices along the way, she said.

Di Stefano worked on a secure asylum this July, and she’s led the construction of legal cases for immigrant victims of severe crimes to obtain status through U-visas.

Even when clients have endured significant mental anguish and trauma, Foote said Di Stefano “never fails to impress” with her composure and empathy.

“It’s a relatively small example of how she consistently rises to the occasion,” Foote said. “She puts our clients first, she’s incredibly intelligent and bright and responsive in every way you need.”

Di Stefano started as an intern at NAWC in the summer of 2019, doing plenty of clerical work to smooth the immigration process. Client scheduling, form-filling, translating documents from English to Spanish and vice versa, along with conducting mock interviews for citizenship tests.

“Immigration takes such a long time, you will often start the process with someone, and it’ll take years for them to see the outcome,” she said.

Even if it’s just a few forms to get a visa or immigration process started, Di Stefano relishes the relief her clients show when they learn they have legal options.

“Maybe we won’t see the end in the next two years, maybe the next 10 years, but there is an end in sight, and that’s something I look forward to,” Di Stefano said.

On top of her legal work at NAWC, she’s kept a filled schedule of involvements.

She’s executive vice president at the Illinois Coalition Assisting Undocumented Students Education (I-CAUSE), and is working on psychology research at the Life Experiences Lab while she completes her honors thesis. Di Stefano is a former facilitator through the campus diversity workshop I-Connect and a former member of the Philippine Student Association.

“I’m very much someone who has to make an effort to not work too much, because I really enjoy what I do,” she said.

Some of her life-balancers: She reads a lot, especially fiction, and finds comfort in Marvel movies. (Di Stefano recommends the recent installment “Shang Chi: The Legend of the Ten Rings.”)

Di Stefano came of age in the Chicago suburb Hinsdale, in a home of South American immigrants. A mom and uncle from Peru, a Colombian father, an aunt from Brazil, family from Honduras.

“I grew up mixing up Spanish words and Portuguese words,” she said, and old habits are hard to break.

What exposed Di Stefano to even more cultural backgrounds was her school, Hinsdale Adventist Academy, which was nearly all people of color, a unique pocket in a predominantly White area.

Among careers she’s considered, aside from legal work: a doctor, even a mortician.

“I want the people I’m working with to feel like they’re seen, that was my idea,” she said.

“The legal field is seen as such a cold and rigid place where emotions aren’t really involved until you come to the nonprofit sphere, and suddenly that value and virtue of being there for others centers around everything,” she said.

When she receives the award on Saturday, she’ll be thinking of her mother, Rosa Wollemberg, for “pushing me to be who I want to be, no matter what obstacles were in our way,” and working “non-stop” to put her daughter through high school and college.

And she’ll be thinking of the folks at NAWC who took a chance on her younger self, and saw it pay off.

“This is a physical representation of the three years I’ve put at NAWC, and representation of all the people who supported me in this time, who hired a fresh person in a college to be a legal intern and legal assistant when they had so many other individuals who could’ve been chosen,” she said.

The Immigration Justice Task Force of the Unitarian Universalist Church of Urbana-Champaign will be honored Saturday with the Champaign-Urbana Immigration Forum's community impact award.

Greg Springer will be honored the Distinguished Service to Immigrants Award from the Champaign-Urbana Immigration Forum on Saturday after becoming a point person for local Guatemalan immigrants over the last seven years.

“I think Champaign-Urbana is probably a little unique in its acceptance” of immigrants. “We have found the community on the large part very welcoming, and I think that’s one of the reasons we’ve been able to exist and serve so many people over the years."

Through Pixan Konob’, founded in 2019, assistant clinical professor Korinta Maldonado and six core members — along with other professors and community assistants — have approached the verbal walls that exist for local Q’anjob’al speakers, many of whom don’t speak mainline Spanish.

The state's highest honor will be bestowed upon eight Land of Lincoln legends, including three with Illini ties: Scott Altman, Carol Ross Barney and John Rogers.