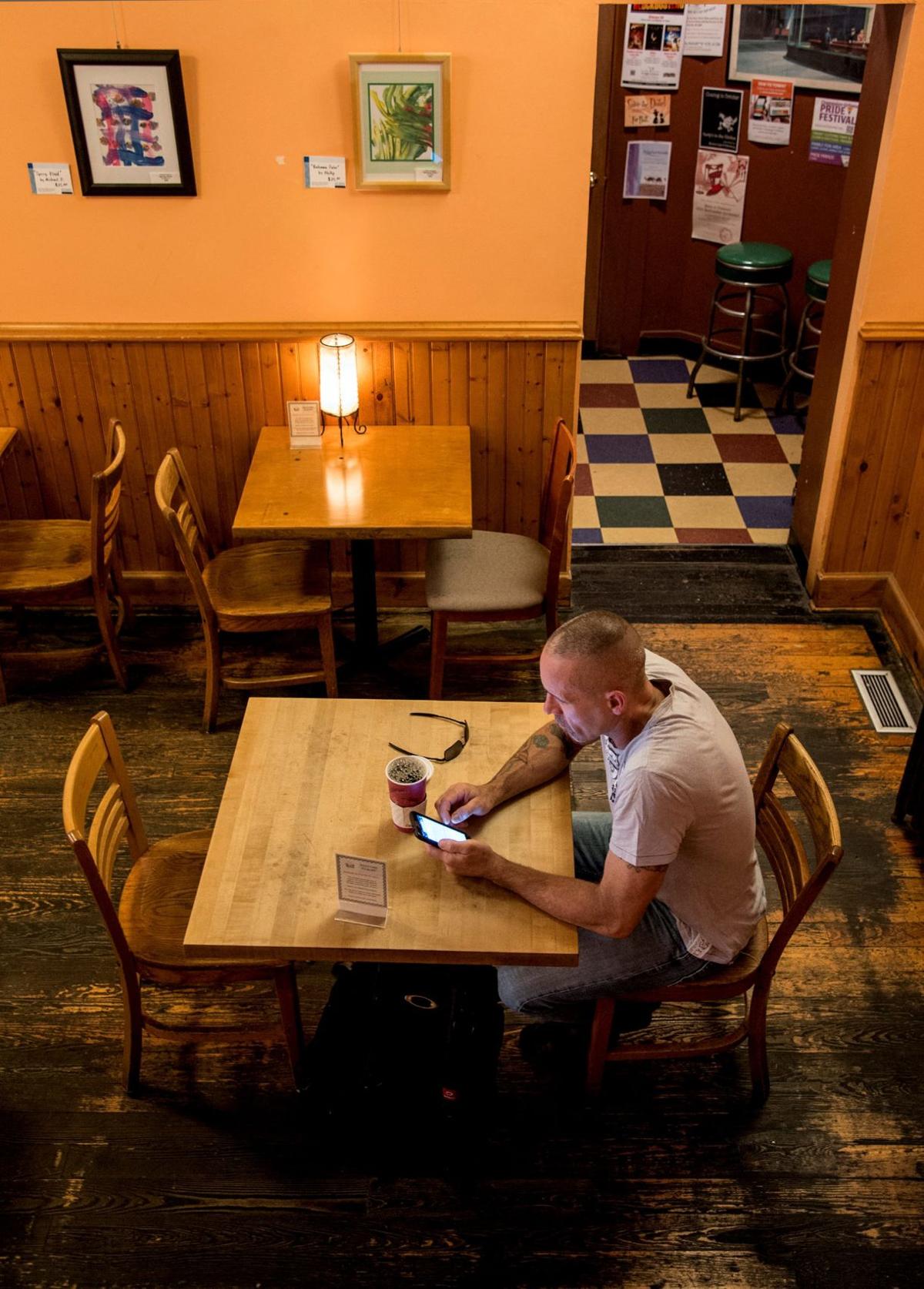 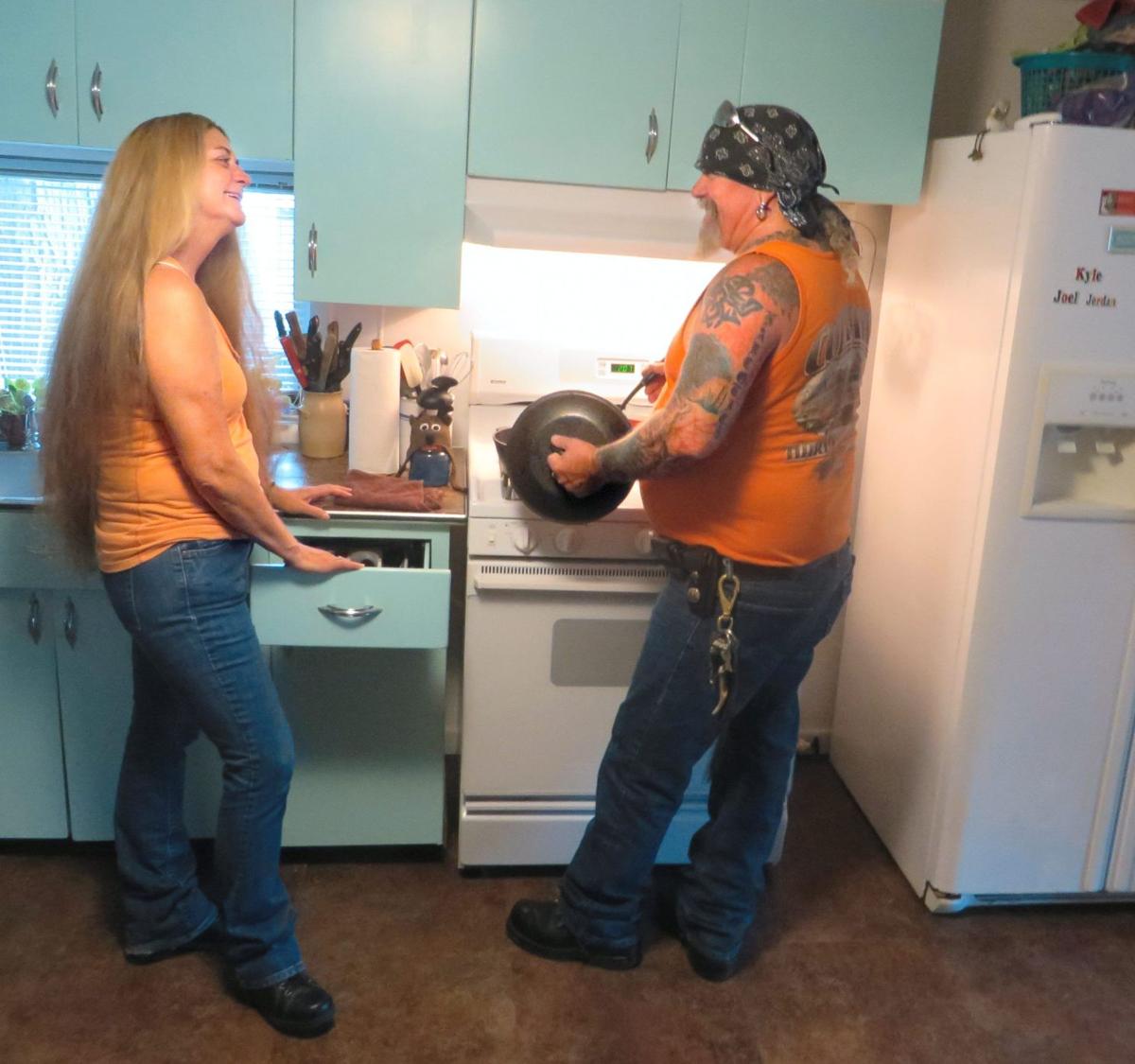 About the time most of us are about to nod off, Doug Dubson is fresh from the gym and ready to start his 11 p.m. shift at Plastipak.

"I'm 180 degrees from everybody else. Your breakfast is my dinner. It's the same day, but I can get my errands done during the days when things are open and people are at work," the Urbana man says.

It's different for third-shifter Kyle Lawson, who works in information technology, keeping the University of Illinois' Blue Waters supercomputer going.

She doesn't have a regular sleep schedule. She tries to be awake when Dennis Kendall, a day-shifter, is around their Decatur house, or when they can ride on their two Harleys. Every day is different.

Lawson differs from other third-shifters because she's a white-collar worker, an increasing trend.

According to the U.S. Bureau of Labor Statistics, only 3 percent of workers are regular third-shifters. Since 1990, white-collar third-shift jobs have grown almost twice as much as blue-collar shift jobs — U.S. factory jobs are on a long decline.

Certain positions like police officers, firefighters and medical personnel have always had a nighttime aspect.

People adjust. Sometimes it just takes a lot of getting used to.

Champaign Police Office Jeremiah Canales describes himself as "a day shifter by birth."

"I've always loved the day shift schedule, getting up early and doing more activity than most people do during their day. But making it through the night has not always been an easy task and not something I entirely looked forward to as I got older," he said.

He "was a miserable wreck. I couldn't think straight during the daytime hours I was awake. I was grumpy, short-tempered and a general miserable person to be around. Just as my body started to get used to being on my days off, and a day shift schedule, it was back to night shift," he says.

After many sleepless nights he returned to days, but about five years ago he went back to the graveyard and had an entirely different experience.

Now, "I have been able to regulate my sleep, eat in a predictable manner and settle in on a relatively consistent schedule. This has helped me be more alert at nighttime, and bearable during the day time when I wake," Canales says.

Dubson said he never had a problem adjusting to night work.

He considers himself on the same 24-hour schedule as everybody else, only that the alarm clock goes off at about 7 p.m.

He doesn't have trouble sleeping. He exercises regularly about 8 p.m., early in his "day," as some sleep experts recommend.

"I've become accustomed to sleeping during the day," Dubson says.

The shift has benefits for him — including, literally, benefits.

"It's all right, a good steady job," he says. "We never get laid off, the benefits are good, the job is very stable."

He says third-shifters are hard to come by, and employers like to hold on to them.

Besides, "the night shift is a little more laid back. There aren't as many people around."

Dubson gets to see his son regularly, and says his hours aren't a problem for dating.

And his dog is on his schedule.

When he gets off at 7 a.m., Dubson and his fellow Plastipak workers don't go out for a drink, as happens at some other workplaces.

"We're ready to go home when we're done," he says.

Rather than jump into bed, Dubson runs his errands in the morning, and often ends his day at Cafe Kopi, in downtown Champaign. His Black Velvet coffee doesn't interfere with nodding off.

Kyle Lawson has worked in information technology for a long time.

Now that she's working with programmers and astronomers at Blue Waters, she admits there's a bit of a struggle to keep alert.

What keeps her going?

"Lots of coffee! We get up and walk around. The place amazed me with its size the first time I was in it. There's a whole hallway of HVAC units to get the blood moving," Lawson says.

Night shift Sgt. Geoff Coon of the Champaign Police Department says that, unlike Doug Dubson, he can't count on a regular sleep schedule.

The hours "are often interrupted by court appearances, meetings, training or other people whose lives operate around a 9-5 schedule," he says.

"It is not uncommon to speak with officers and learn that they were awakened by a neighbor mowing the lawn or some type of exterior construction noise. Other officers may have to wake up early to get their kids to and from a doctor's appointment, school function or sporting event."

He said his wife is a big help, and as the kids are getting older they're less likely to burst into his room.

"Officers will use every trick in the book to get a good day's sleep, from room-darkening blinds to ear plugs to sound machines," Coon says. "When I speak to an officer that is new to the night shift, I really try to emphasize the importance of sleep."