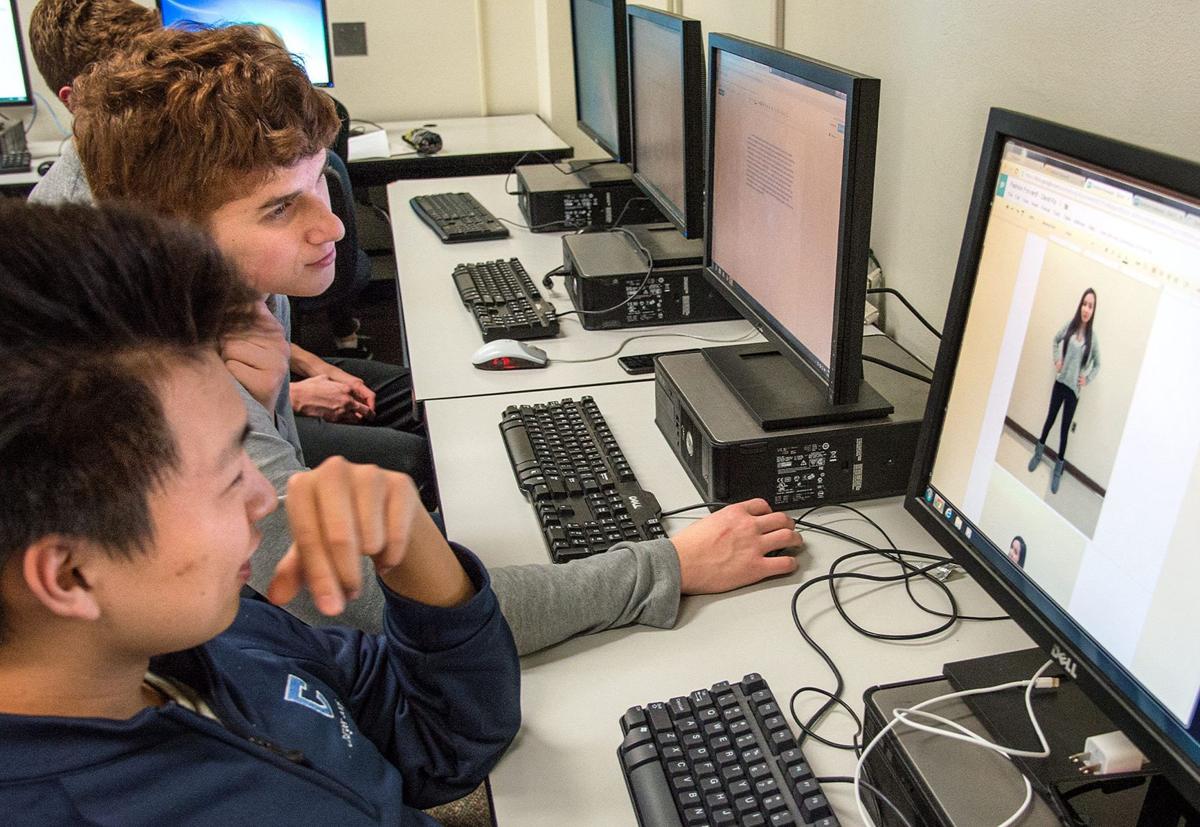 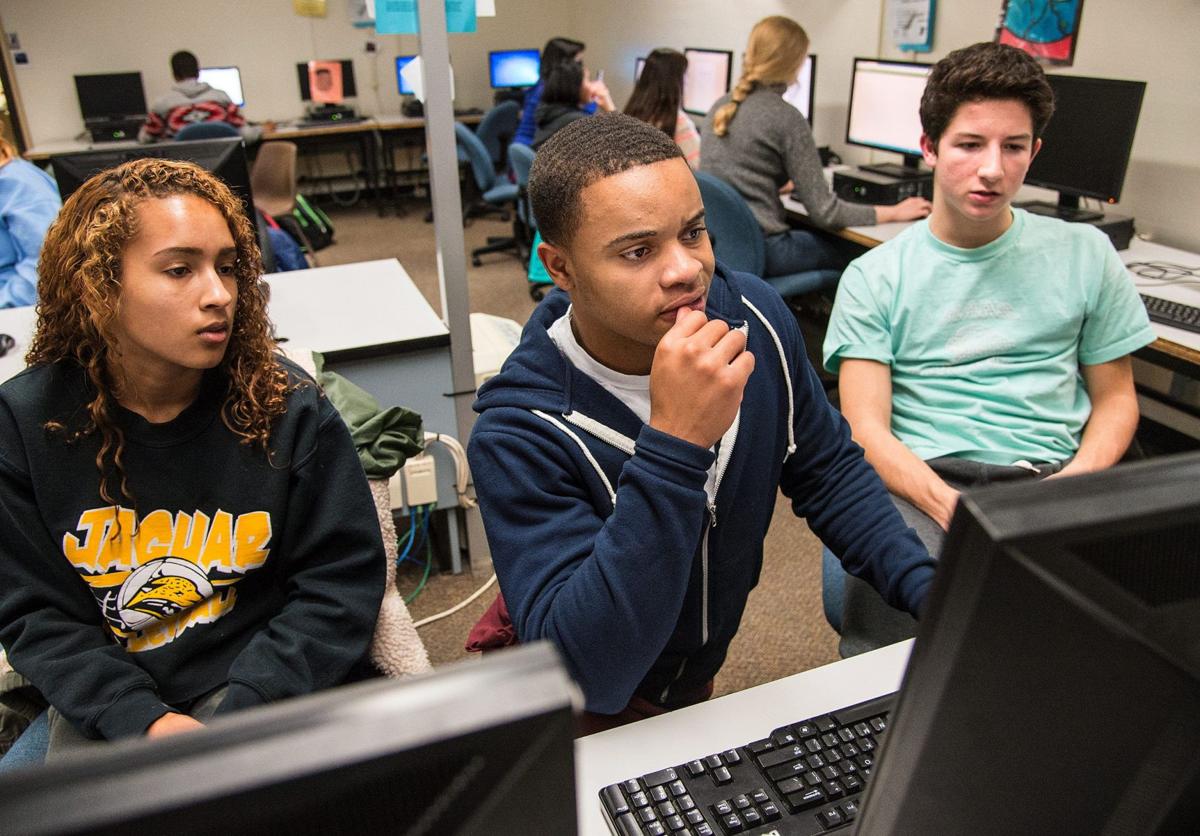 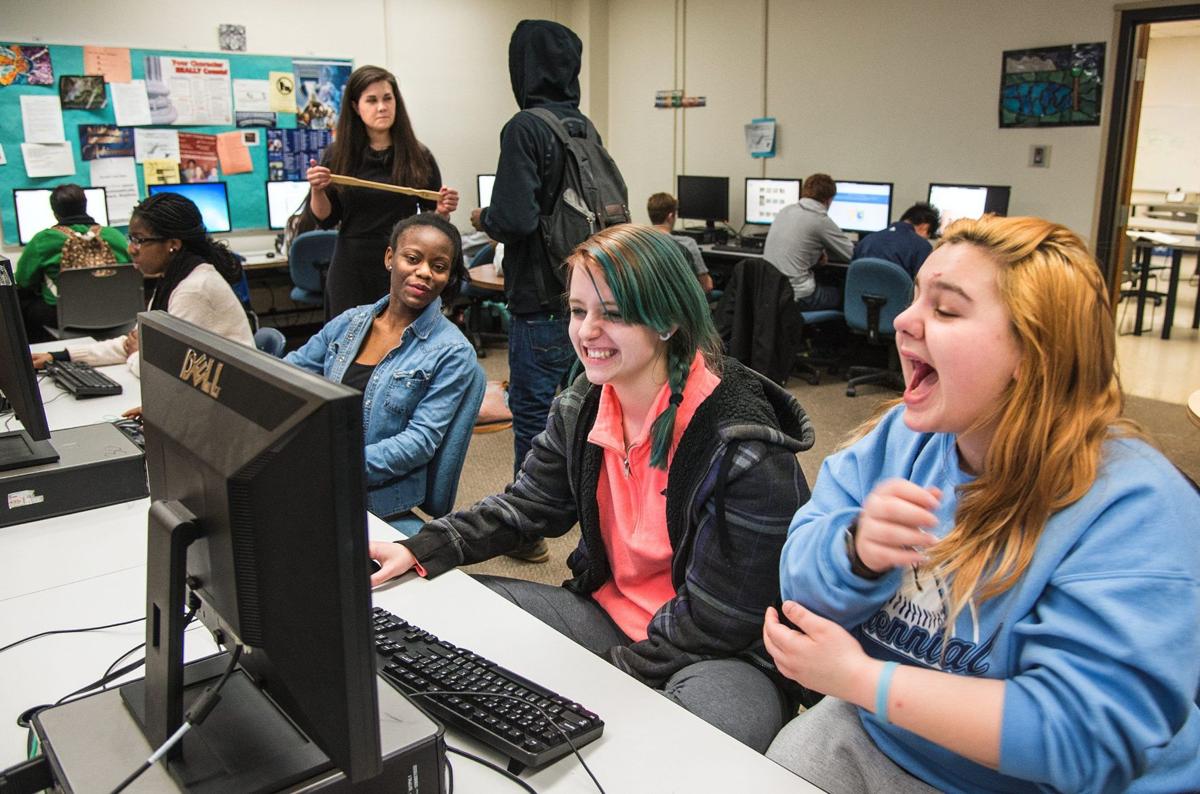 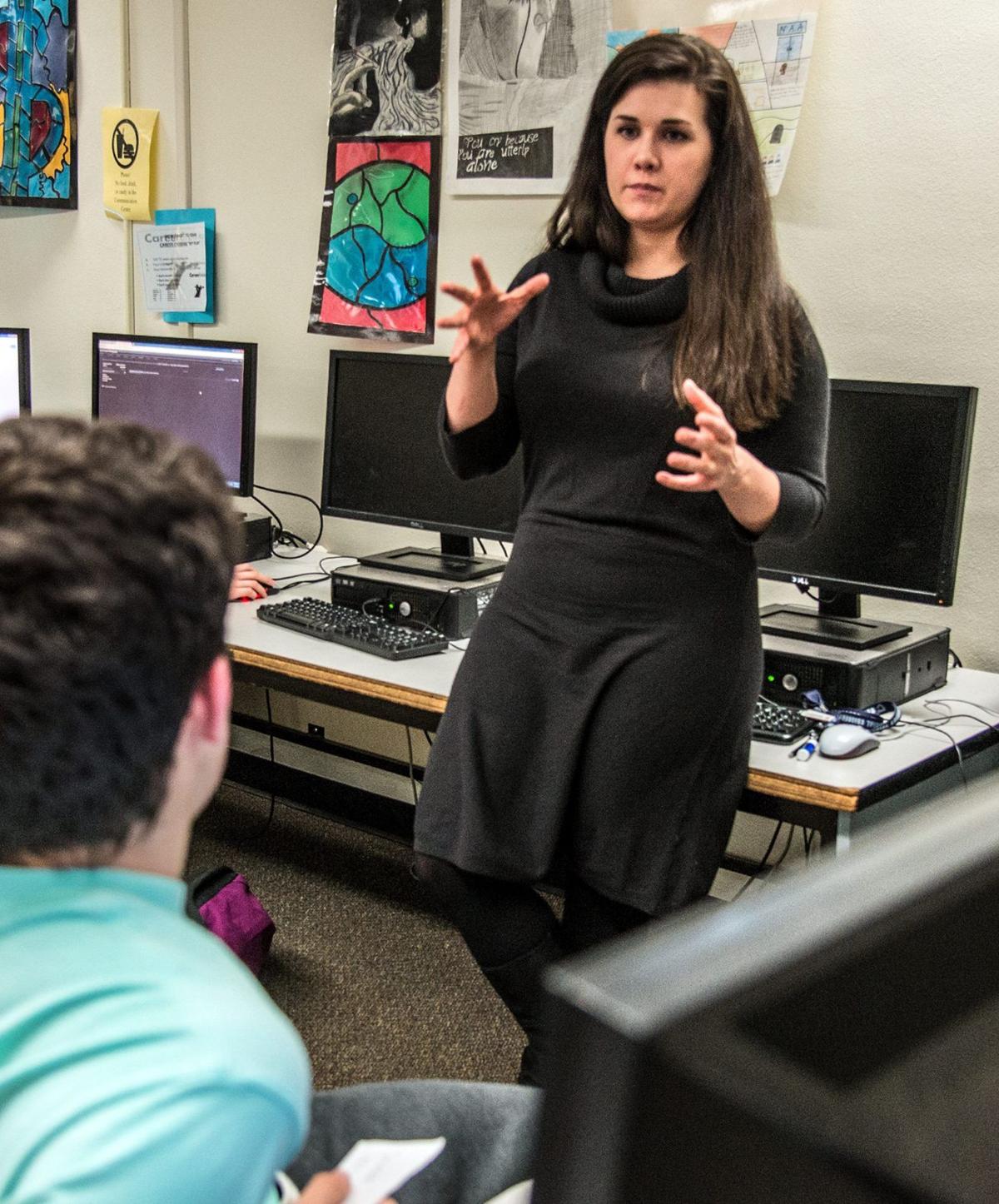 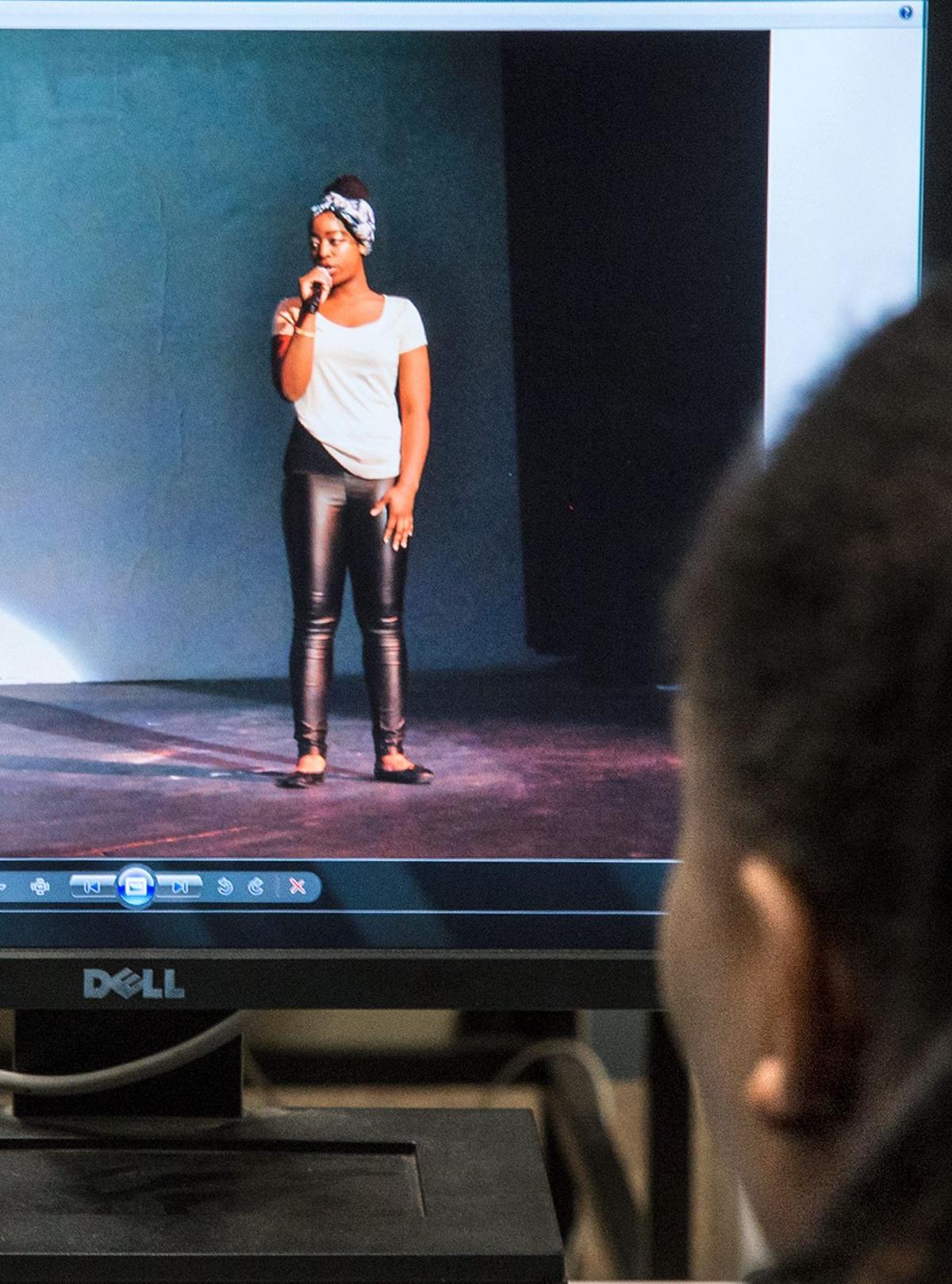 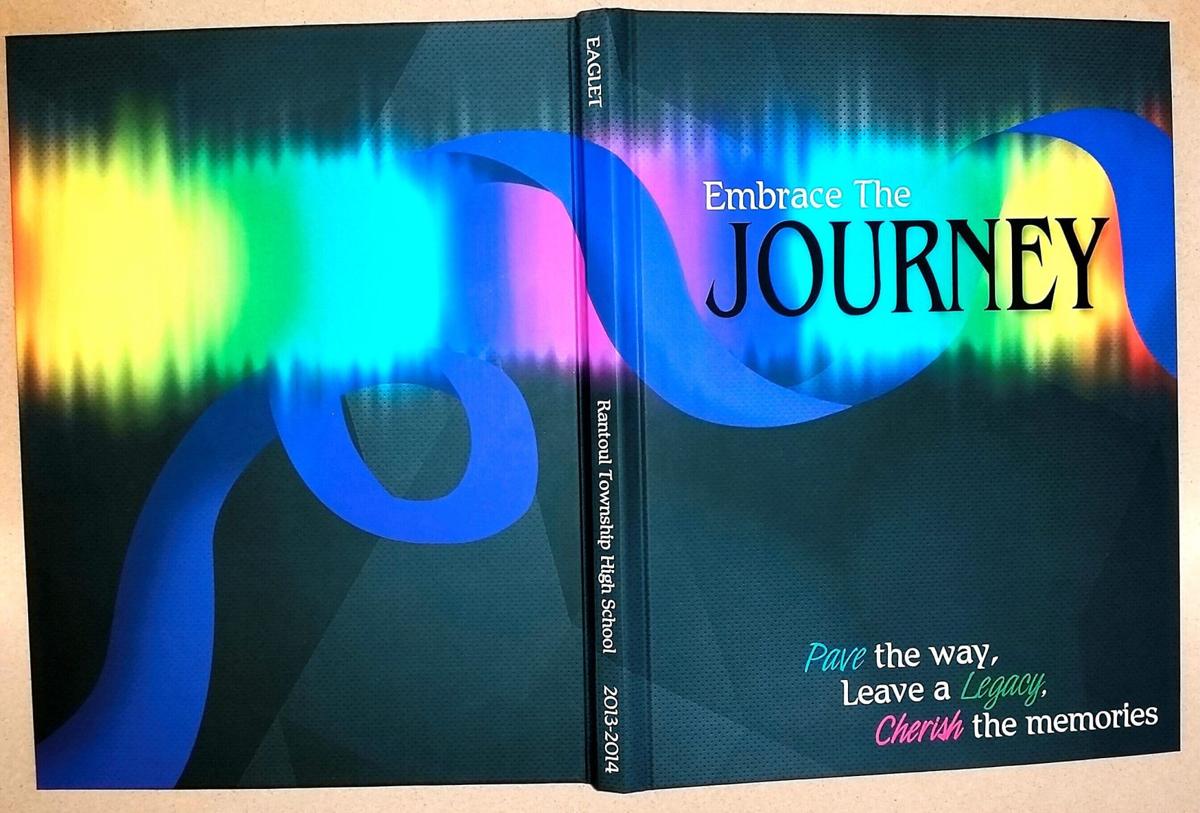 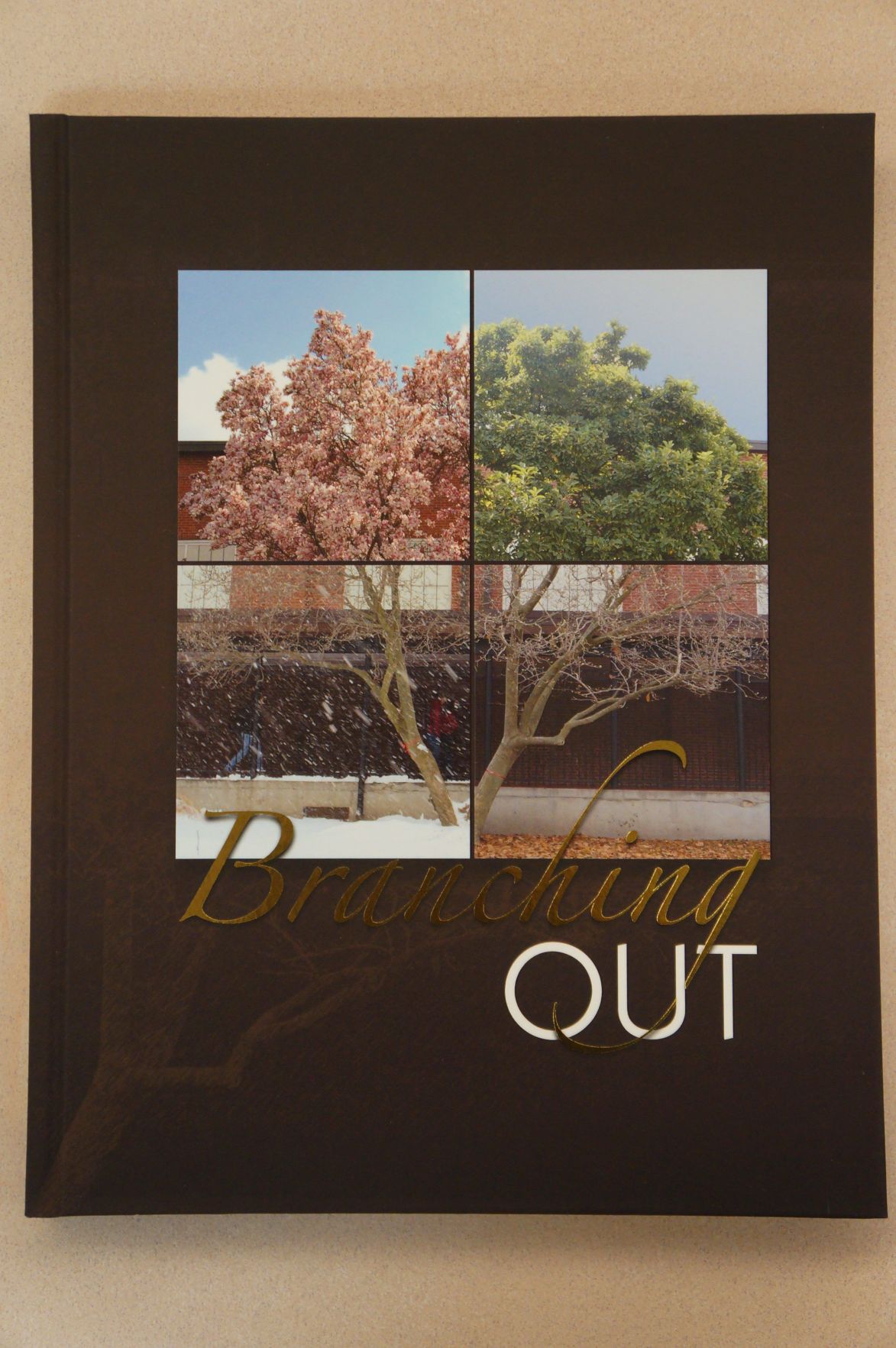 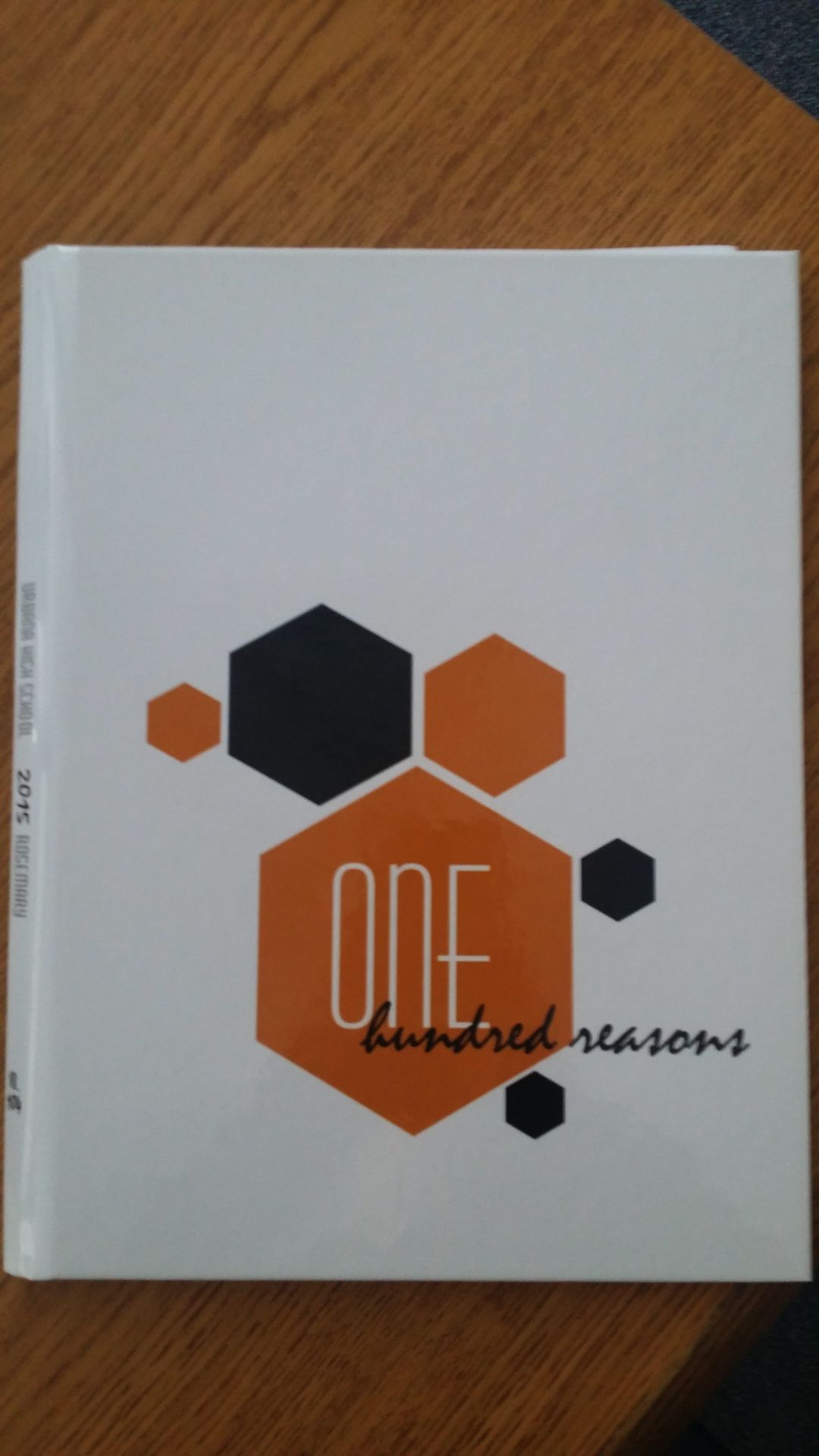 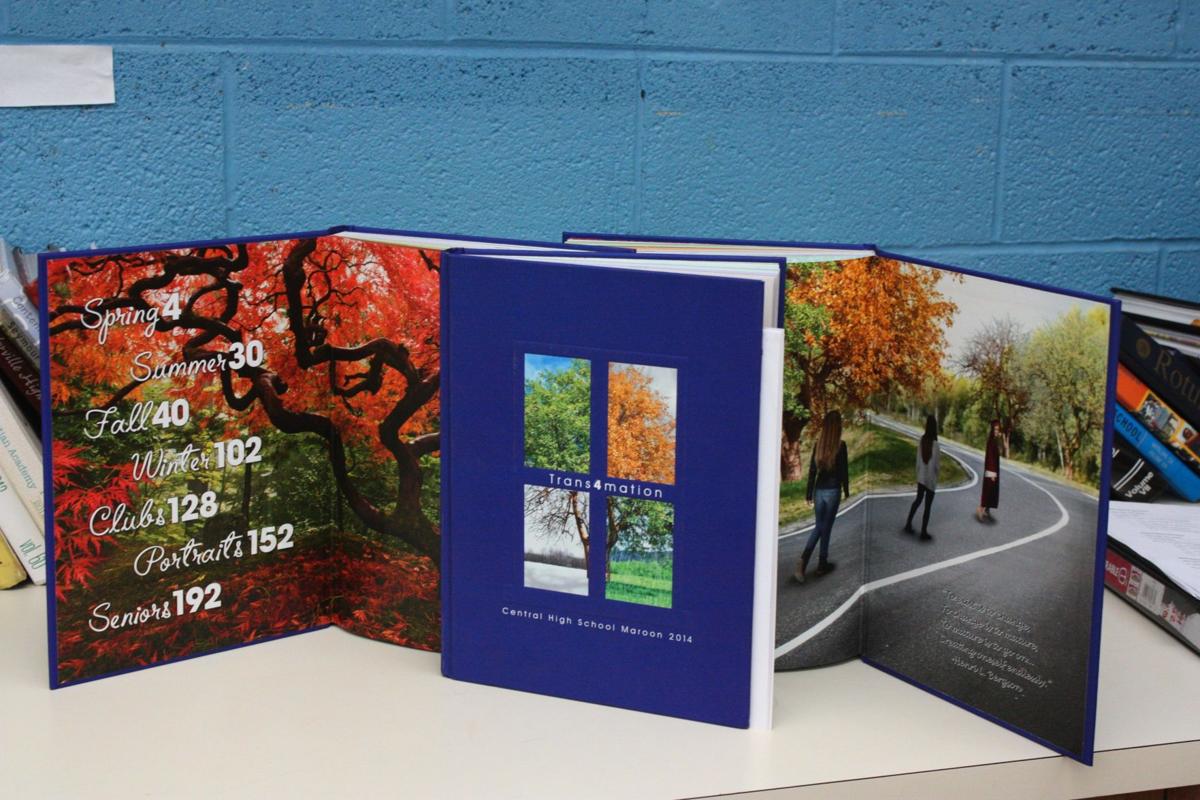 High school yearbooks used to be collections of photos and text that sat there on the page — but now they have to jump right out at you.

At $50 or more, the yearbook is big business at area high schools like Centennial, where adviser Lindsay Green says nearly the entire cost goes to production.

At Urbana High School, the Rosemary's in the same situation.

"The yearbook makes a very minor profit. We use that money to buy new equipment and training for our program," adviser Cortney Thomas says. The Rosemary is a 2014 Jostens National Yearbook Program of Excellence winner.

At Centennial, the Centurian will "pop" because of computer-based innovation — it's a secret until publication this summer.

Maroon adviser Diane Salfelder said that when she was given the adviser job six years ago, "I pretty much walked in without knowing anything" about the challenges of a large book that will be treasured for a lifetime.

The book was mostly about photographs, but she said as a piece of history it's important to have text and even some Internet extras, which the yearbook is starting to incorporate.

The Maroon becomes available in May, and Salfelder's group of about 30 workers — with access to all of eight computers — is still evolving its technological upgrades.

Urbana's Rosemary costs $50 and will come out at the beginning of May.

But now it might just as possibly be in the later summer when the graduating seniors are about to head off to college, military service or the challenging job market.

That's when the Centennial Centurian will come out. Because it's coming out later in the year, the Centurian will be able to include graduation and spring sports. That pushes the limits of the book planned at 256 pages, notes adviser Green.

So the yearbook class, with more than 20 students, is selling baby picture ads to parents at $30 a pop to cover the extra pages.

Kirsten Chang, the contest and critique coordinator for the National Scholastic Press Association, says fall delivery has been in place for over 30 years.

"You probably have a variety of delivery times because production companies have pushed a little; they like to see their work more evenly distributed throughout the year," she said.

Price can also change if a yearbook has a personal touch.

The 2014-15 yearbooks can be pre-ordered for $60, or $66 with a personalized namestamp, adviser Alyssa Greenwald said.

But as with most print media, online content seems to be a large part of the future.

The Centurian's Lindsay Green said multimedia is a must.

Last year, award-winning Centurian co-editor Alice Lin helped create "a puzzle-themed book because Centennial High School, like a puzzle, has many different pieces which complete it."

"We aimed for large and striking photos to add vibrancy to each spread," she said. "However, to make the book our own, we integrated Photoshopped puzzles and puzzle pieces throughout the entire book."

The newest Centurian yearbook will contain QR (Quick Response) codes, which a smart phone can read for additional free content.

Using the codes, Centurian readers can access videos of the African-American Talent Show or a winning goal in soccer, for instance.

"It requires my students to learn and push themselves to generate some of this content," Green said.

At Mahomet-Seymour High School, adviser Stacy Carolan said "One new thing we began this year was the ability for parents to purchase senior ads online. They do everything through a website, including uploading their own photos." Lisa Nuku of Monticello High School's Memories said that QR is something her students will be working with.

"One of the most interesting opportunities we have this year is to recreate a photo from childhood for use in one of the yearbook spreads. The students who submit the best recreations will be entered into a drawing to win a free yearbook," she said.

Monticello's yearbook this year is titled "Tessellations" — a type of artwork that "speaks to the idea of being unique while also being part of the bigger picture."

"It's a metaphor for life at Monticello High School — we want our students to develop their own identities while also being united in Super Sage-dom!"

The book runs under the larger title Memories, which goes back to at least 1915, Nuku said.

"We chose not to, we chose to use Adobe InDesign," a widely used professional program, the adviser said.

"Our students leave here with actual experience with a product that will be used in their careers," he said.

What's in a name?

Shakespeare asked that in "Romeo and Juliet." From a different play of his, "Hamlet," Urbana gets its name, says adviser Cortney Thomas. Ophelia tells Hamlet, "There's rosemary, that's for remembrance; pray, love, remember." Some other yearbook names:

Centurian, a variant spelling of the name for a professional officer of the Roman army

Maroons, after the school colors and teams.

Adviser Abigail Disabato said the yearbook, which is returning after some struggles, has been called the Medley for years, but doesn't know the origin of the name.

Falcon (after the teams).

The name changes from year to year. "The yearbook's name is Retro and I don't know where the name comes from," said first-year adviser Stacy Carolan.

The Eaglet (teams are the Eagles, probably a reference to the former Rantoul Air Force Base).

Rocket, after the teams.

University High Year Yearbook is the plain vanilla name; the student newspaper is the Gargoyle, based on the school's gothic-style architecture.