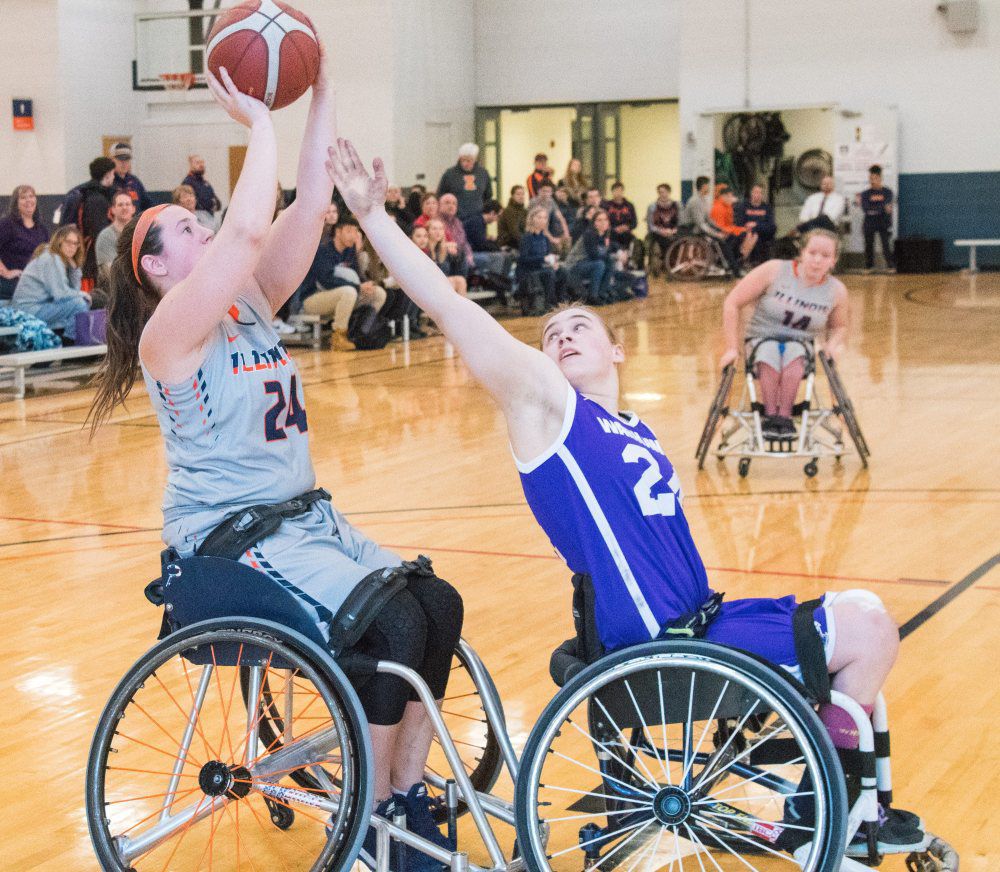 Illinois' Emily Oberst (24) shoots over University of Wisconsin-Whitewater's Lindsey Zurbrugg during a wheelchair basketball tournament Friday, Feb. 14, 2020, at the ARC on the University of Illinois campus in Champaign. 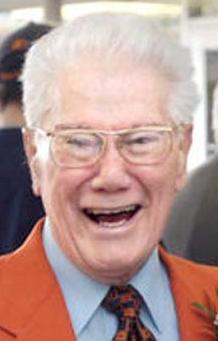 CHAMPAIGN — On Thursday, University of Illinois men’s wheelchair basketball coach Matt Buchi got a heads up that a big honor was on the way for the late Tim Nugent. Buchi wasn’t a bit surprised.

Nugent, the longtime director of the University of Illinois’ Disability Resources and Educational Services center, is joining elite company — again.

The “Father of Accessibility,” already a member of the U.S. Olympic & Paralympic Hall of Fame, on Friday was named the winner of the Bunn Lifetime Achievement Award by the Naismith Memorial BasketballHall of Fame.

“If there’s anybody in wheelchair basketball that’s going to be honored for that role, or in any capacity, it is Dr. Nugent,” said Buchi, who is hosting a tournament this weekend at the ARC. “He has given so many opportunities for adaptive sports for people with disabilities. He deserves all the accolades and honors he can get.”

UI graduate Buchi has been the coach at his alma mater since 2012. Nugent’s long-ago efforts set the stage for the growth of wheelchair sports.

“We’re constantly trying to work underneath his legacy and trying to keep it up to the capacity that it is,” Buchi said. “He was one that just didn’t take no for an answer and pushed so much. He gave us the opportunities that we have today.”

The annual Bunn Award, which was started in 1973, is given to the international or national figure who has contributed greatly to the game of basketball. Outside of Enshrinement, the Bunn Award is the most prestigious award presented by the Basketball Hall of Fame.

“As the founder and original commissioner of the National Wheelchair Basketball Association, we appreciate (Nugent’s) contributions to the game we celebrate,” said former Illini Jerry Colangelo, who serves as chairman of the hall of fame.

Nugent, who died in 2015 at age 92, will be honored Aug. 28-30 during the Hall of Fame Enshrinement weekend in Springfield, Mass.

Was Nugent the Wooden of wheelchair basketball?

“Honestly, I don’t even know anybody that compares to what Dr. Nugent is,” Buchi said. “He wasn’t just a coach. He was somebody that pushed so many boundaries for us. Created the NWBA here in 1949. He did so much for us. He just didn’t stop. There are so many student-athletes here and wheelchair athletes across the country that owe him so much.”

Buchi first met Nugent during his days as a student from 2003-08 and later when he took over as coach.

“He always took time to be speak to us, give us some advice and just support us in general,” he said. “He’s always special to our hearts here in Illinois.”

How would Nugent react to his latest honor?

“He would tell everybody (about) all of the people that helped him do that and it was not him, even though he was the catalyst that was really pushing the way,” Buchi said.