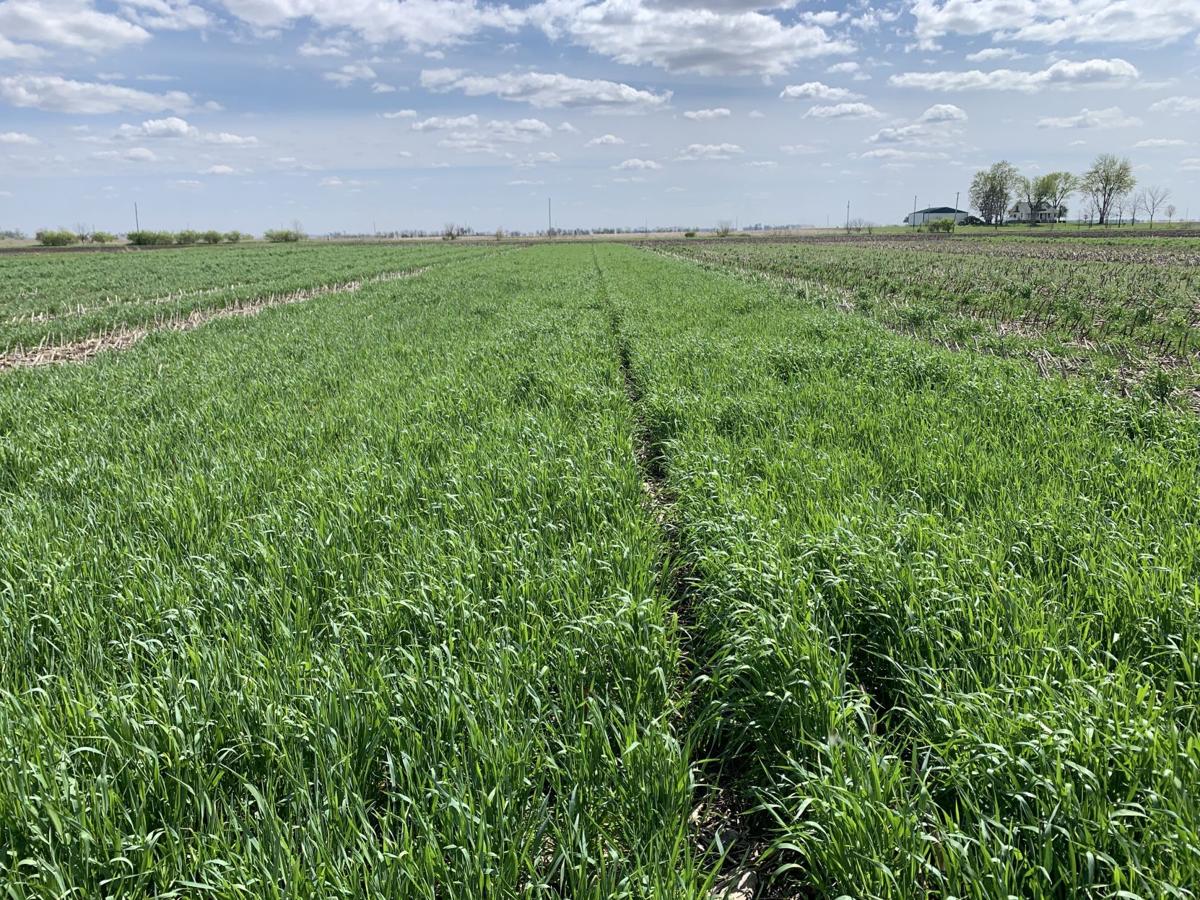 Ryegrass that was part of a University of Illinois study on how cover crops affect yields is shown on the South Farms in Urbana. 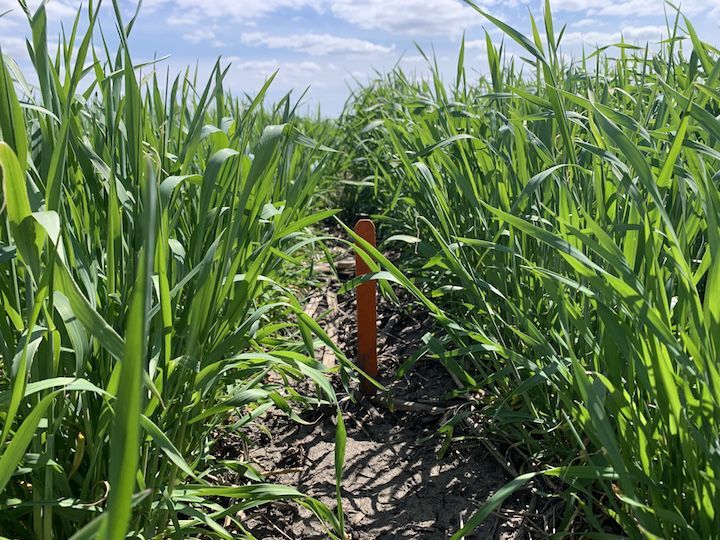 A patch of annual ryegrass on the South Farm, used in a UI study about the yield affects of cover crops.

Ryegrass that was part of a University of Illinois study on how cover crops affect yields is shown on the South Farms in Urbana.

A patch of annual ryegrass on the South Farm, used in a UI study about the yield affects of cover crops.

So why have only about 5 percent of Midwestern farmers adopted the practice — planting crops to cover the soil, not to sell after harvesting — according to 2017 USDA Census data?

It’s mainly economics, since the practice costs money, and the benefits to the soil take time to show up.

And there’s added uncertainty from farmers how cover crops affect the yields of cash crops — like corn and soybeans — that follow in the field rotation.

A team of UI researchers put the yield claims to the test, with five years of experimental field data across seven sites in north, south and central Illinois collected by UI crop sciences Professor Maria Villamil and integrated with a complex ecosystem mathematical model, “ecosys.”

The team used legume and non-legume cover crops, with different termination times and soil types, to see how cover-crop management affects cash-crop yields — and why.

One of the co-authors of the study, Kaiyu Guan, associate professor in the College of ACES and founding director of the Agroecosystem Sustainability Center, summed up the findings:

“We do believe cover crops are going to be beneficial, but it needs proper management, or else they may become a competitor with your cash crop,” Guan said.

Some of their main conclusions from the study:

The research team put non-legume cover crops cereal rye and annual ryegrass into crop rotations, along with the legume hairy vetch, known for fixing nitrogen levels in the soil. Soybean yields were essentially unaffected by the cover crops, since they can obtain nutrients through nitrogen fixation as well.

But terminating cover crops closer to cash-crop planting can increase the cover crop’s biomass along with the additional nitrogen uptake and environmental benefits that come with it.

The levels of soil oxygen and cooler soil temperatures under the cover crops also affected yields, which warrant further studies, he said.

In Illinois, the cover-crop process typically starts in winter, after the harvest. Through photosynthesis, the crops gather carbon from the atmosphere and sequester it in the soil.

Since the cover crops take up space in the ground, they also take nutrients away from weeds and reduce soil erosion — a growing environmental concern. In springtime, farmers don’t want cover-crop growth to go too far and start sapping soil resources from the cash crop that follows.

“Farmers hear anecdotes about cover-crop benefits, but as for how substantial they are, scientists need to give more concrete responses and answers; growers need to know how much gain and benefits they can get from this extra effort,” Guan said.

Beyond honesty from scientists, Guan said, perhaps the most important catalyst for cover-crop adoption is increased financial support from the government and private sector, like the USDA’s Pandemic Cover Crop Program.

He’s had hands-on experience with the cover-crop practice as well: His family partners with a farm in the Homer-Ogden area that uses cereal rye in the rotation before soybeans to improve soil health and prevent erosion.

“It’s not a quick turnaround of seeing immediate soil-health benefits; to see physical organic matter in a soil analysis, we had to have cover crops on a rotation for three to five years,” Robards said. “But seeing the organic matter increase is pretty validating, having that green cover that prevents erosion and keeping nitrogen in the field where it belongs.”

During Thursday’s virtual meeting, University of Illinois trustees signed off on a $7.18 billion budget for the current academic year, a one-year extension that will make Brad Underwood one of men’s basketball’s 10 highest paid coaches and much more, Ethan Simmons reports: