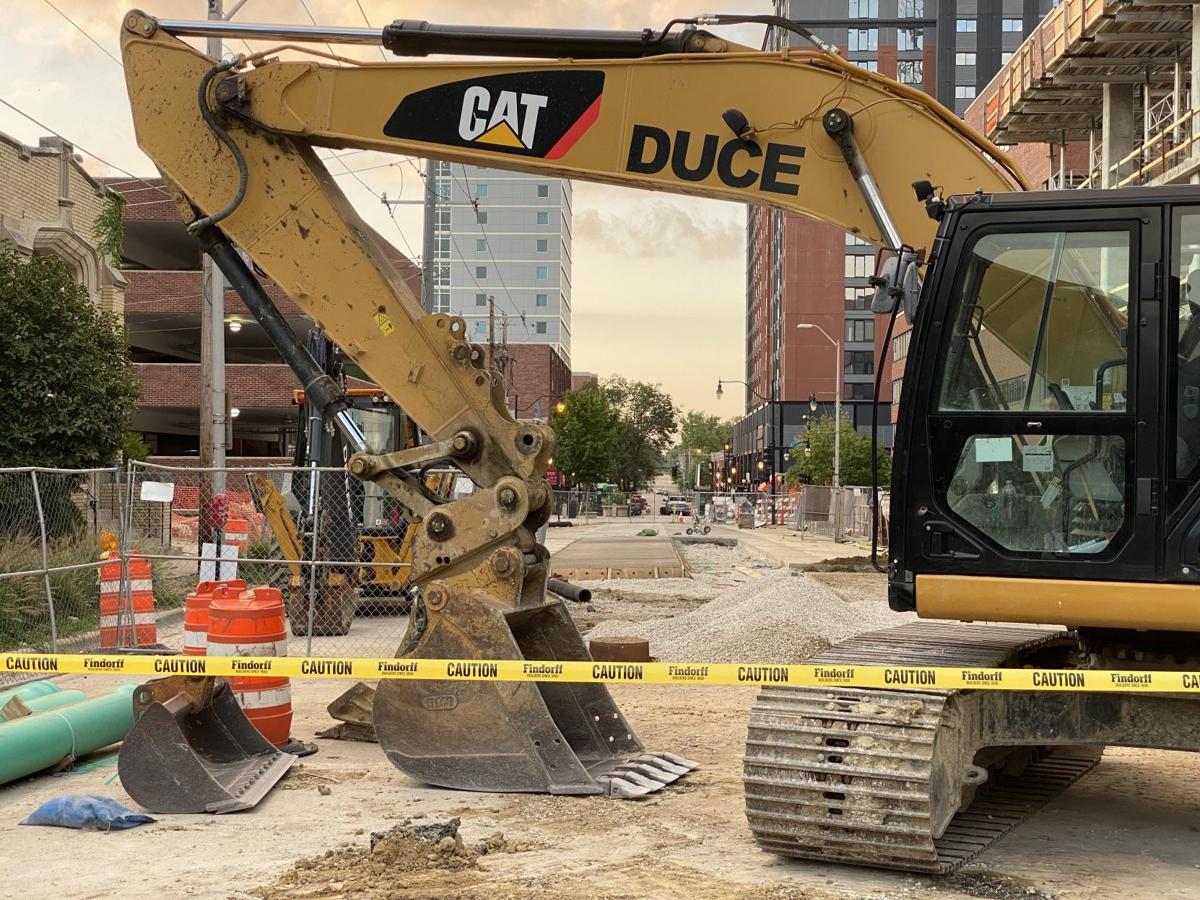 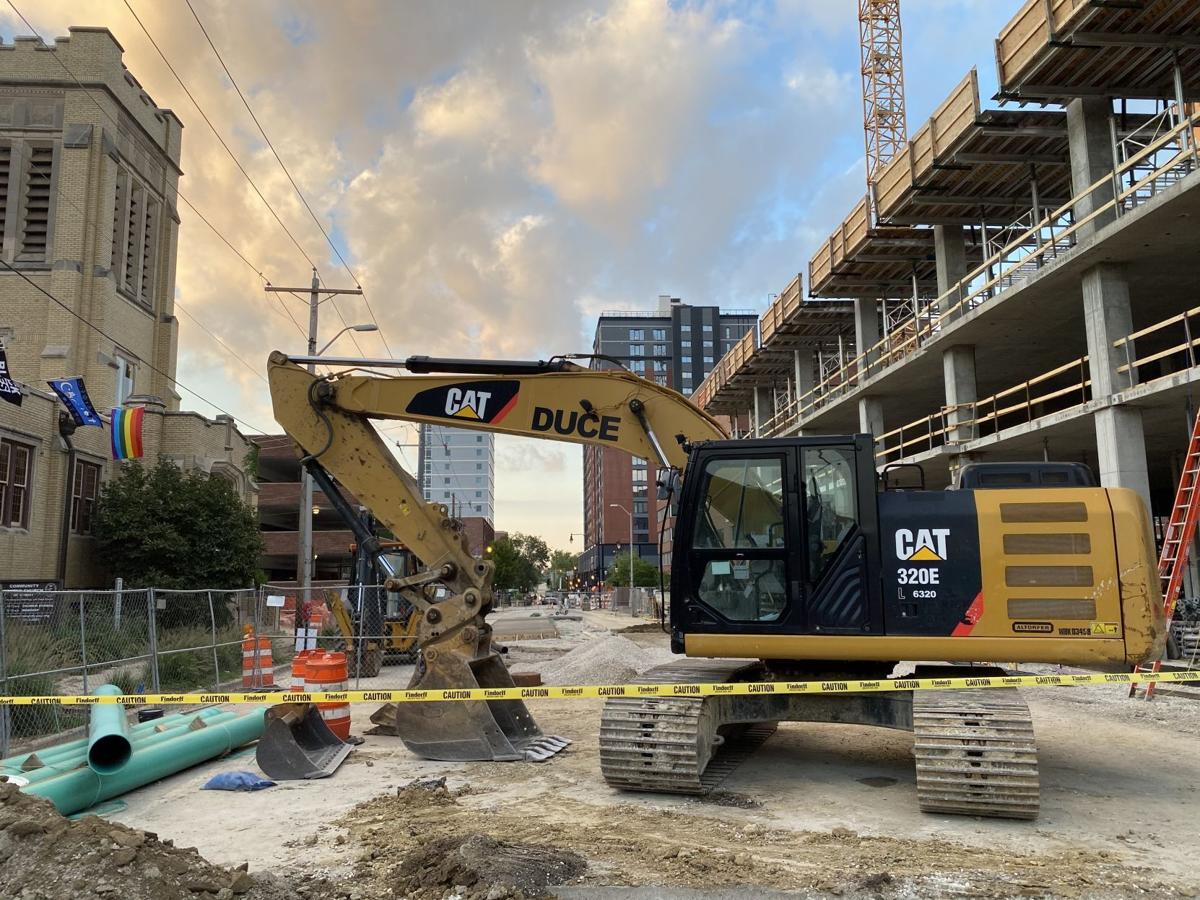 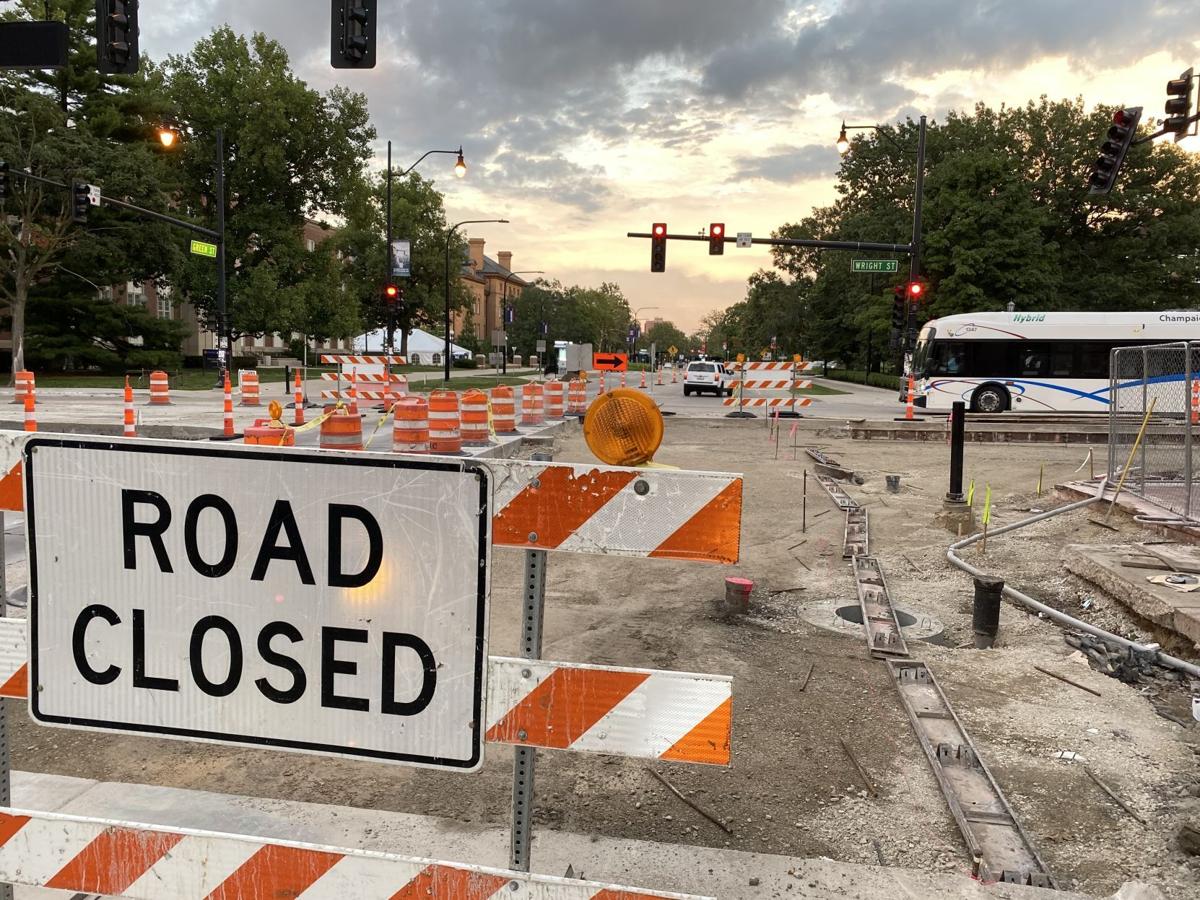 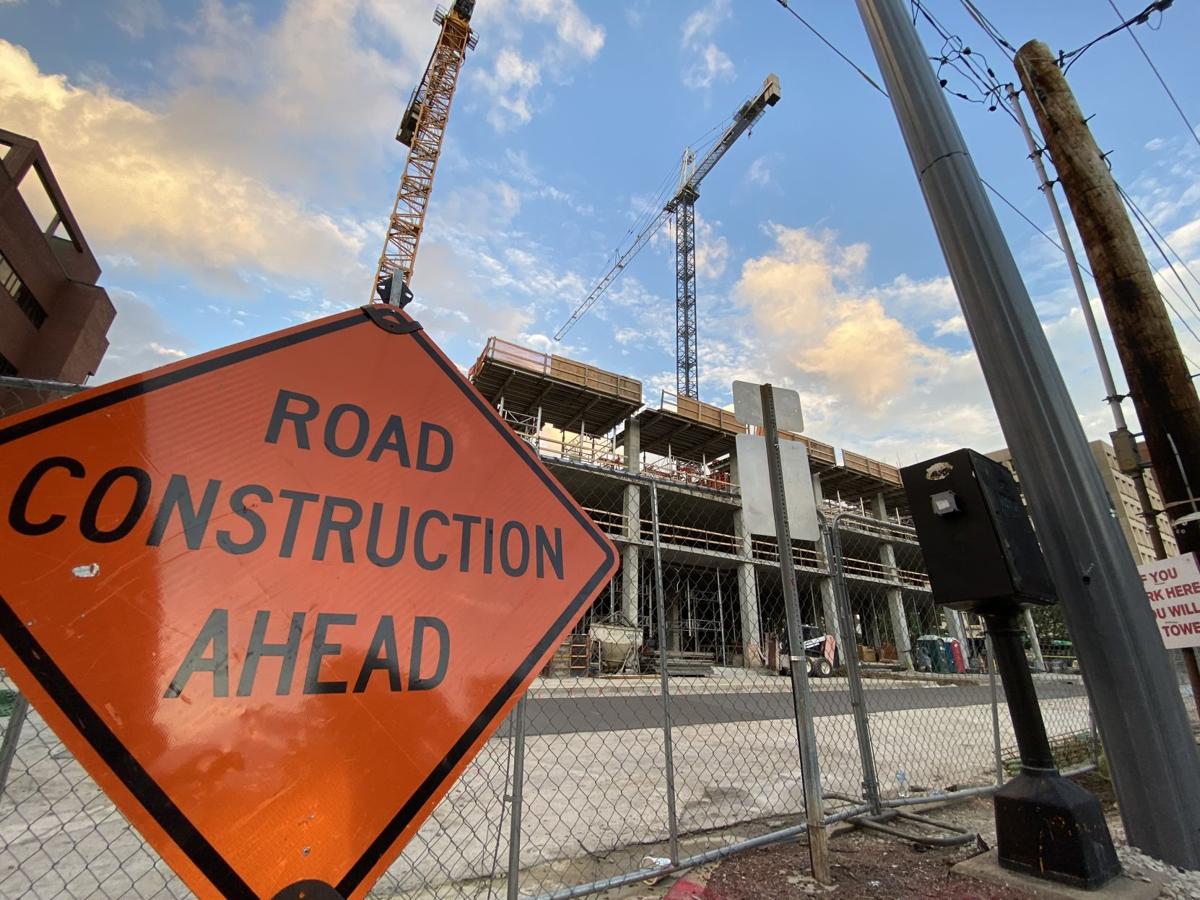 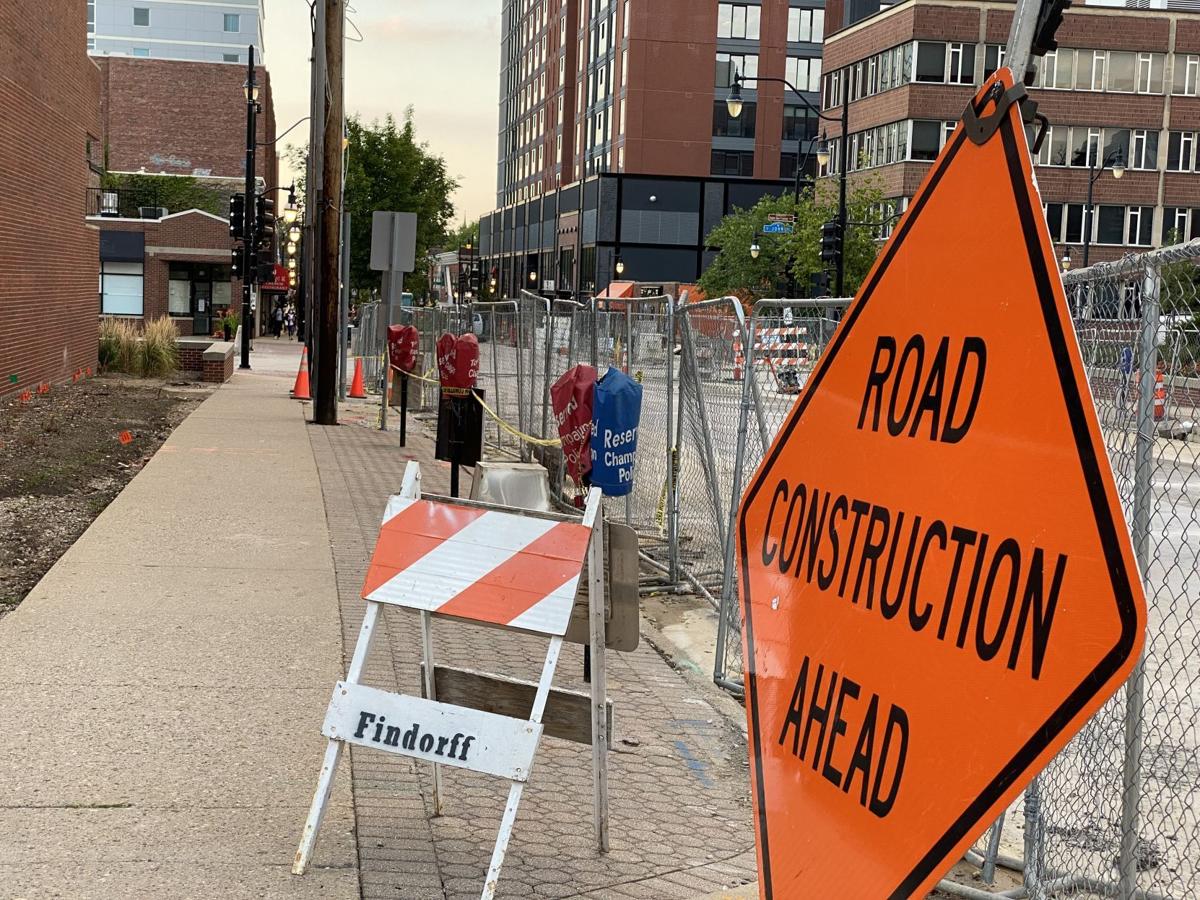 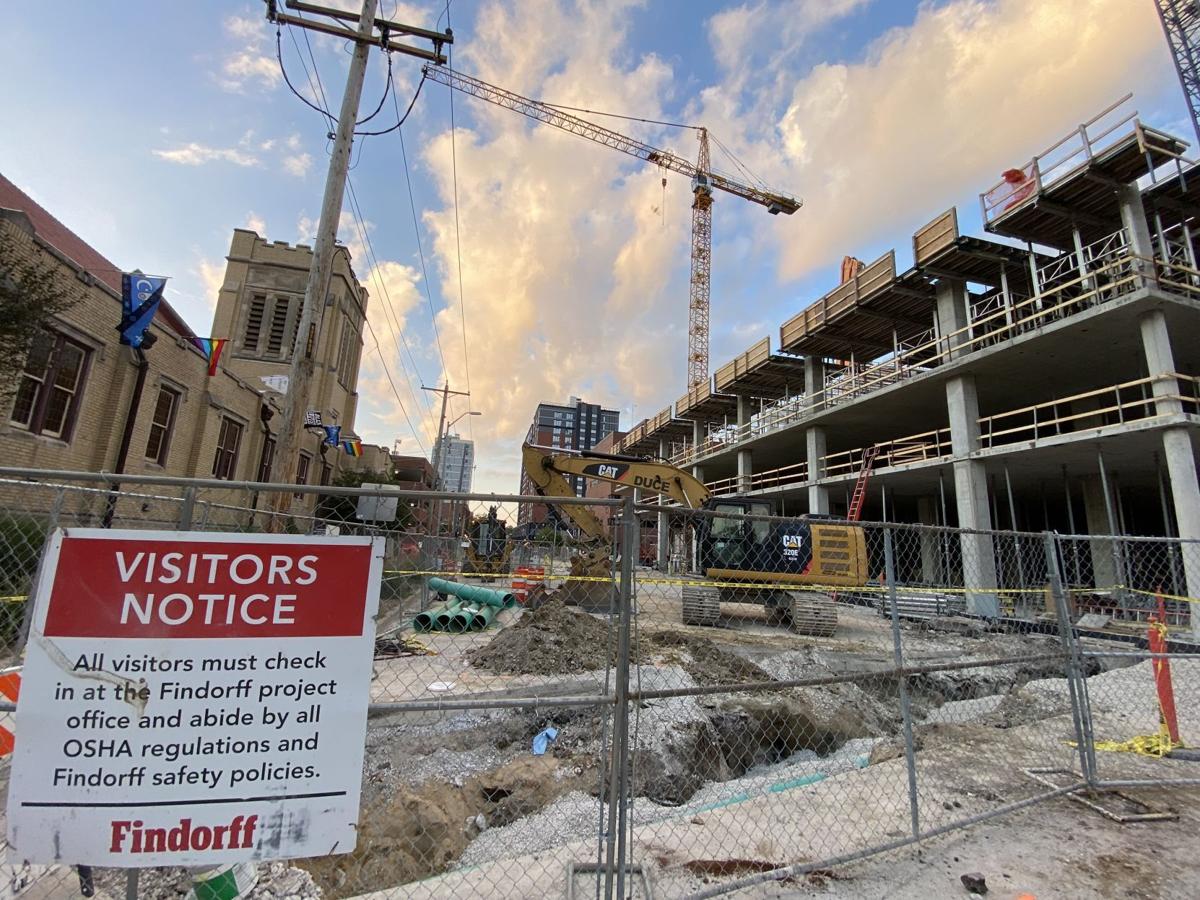 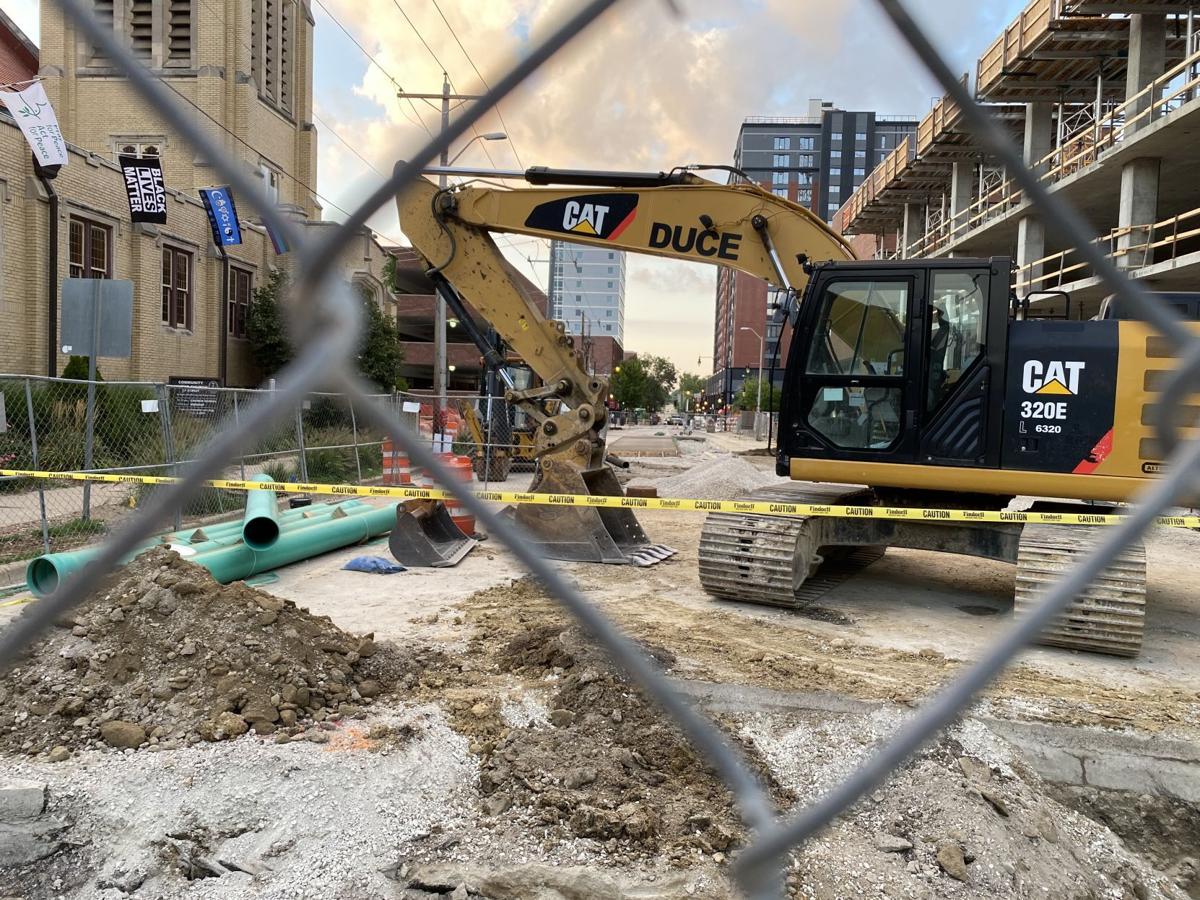 Q: Is there more construction in Campustown than usual this summer?

A: Across Champaign through May, building permits for $107 million in commercial and multi-family developments have been issued, up from $91 million through May a year ago and down from $130 million in 2018.

And much of this year’s value was from the $72 million being spent on the 12-story structure being built at Sixth and Daniel streets.

That block used to be home to the popular bar Kam’s, as well as an Espresso Royale coffee shop, Subway, a short-lived Fernando’s brick-and-mortar location, Home of Gourmet Chinese and the former C.O. Daniels bar.

The developer Core Spaces is planning to replace that with a 12-story structure featuring commercial space on the first floor, two floors of office space occupied by the University of Illinois and residential on the upper floors, according to the staff report.

Its other project a block north at Sixth and Green — the Dean — is wrapping up, and new tenants plan to start moving in Wednesday, Aug. 19.

That 17-story high-rise will feature a Target that uses part of the first and second floors, a Jimmy John’s, and student housing.

The Dean’s residents will have access to a fitness center, meeting and study rooms, an outdoor lounge and a rooftop deck with a pool and hot tub.

The building permit for The Dean was issued in April 2019 and valued the construction at more than $50 million.

But “we seem to be on pace with a normal year,” he said.

During the stay-at-home order, construction was allowed to continue, so perhaps the construction stood out with so much else closed in Campustown.

“Construction has been one of the more stable spots during the pandemic,” Blakeman said.

Signs at the construction sites warn workers to wear masks if they’re going to be within six feet of each other, and extra hand washing stations are available.

“We seem to have not had any issues at all,” Blakeman said.

Now the bigger question is what impact COVID-19 will have on the University of Illinois and what that will mean for upcoming Campustown projects.

“The thing we’ll be watching over the next six months is, what is construction going to look like in 2021?” Blakeman said. “I would not be surprised if there’s a bit of a slow down, just because of a bit of uncertainty around the university. … We’ll have to wait and see.”