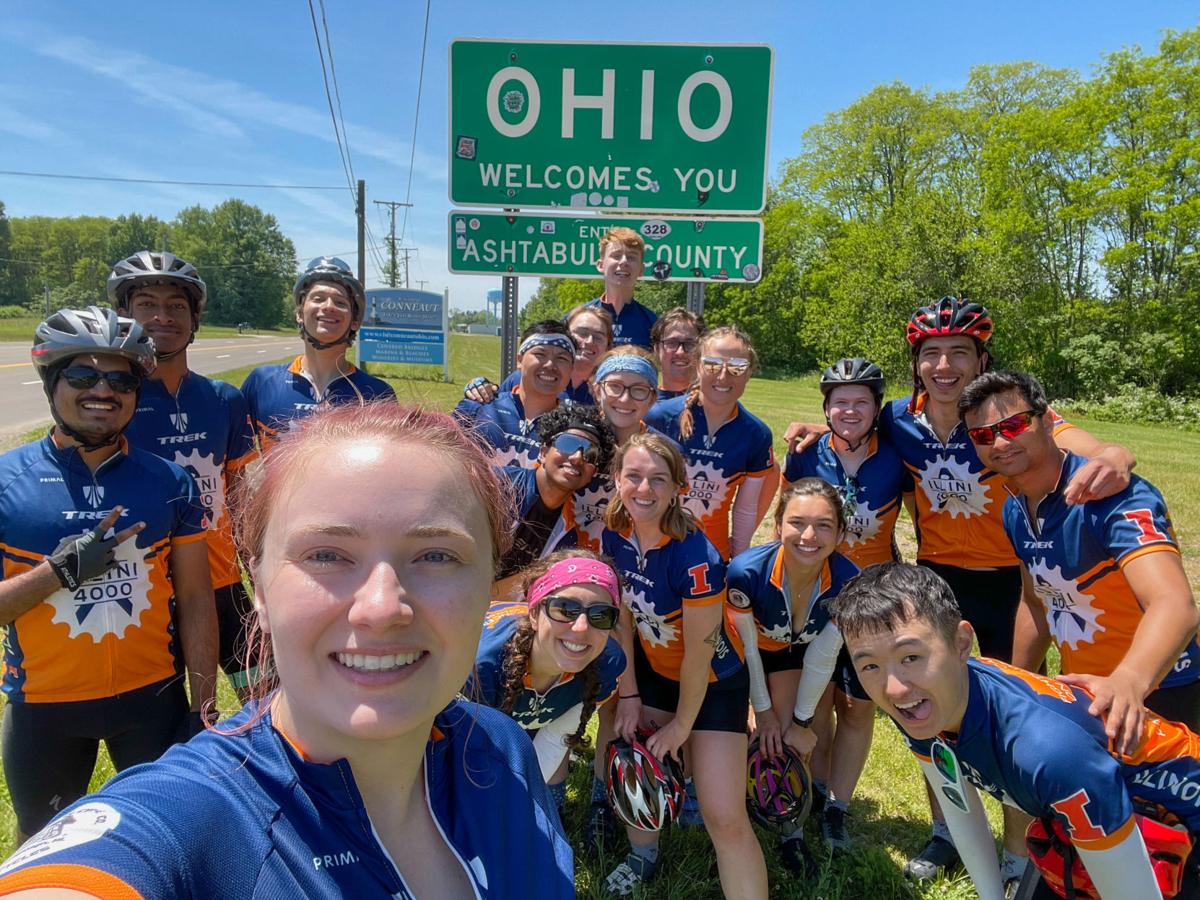 The Illini 4000 Bike America Team crossed into Ohio on May 31 on its 78-day cross-country bike trip. 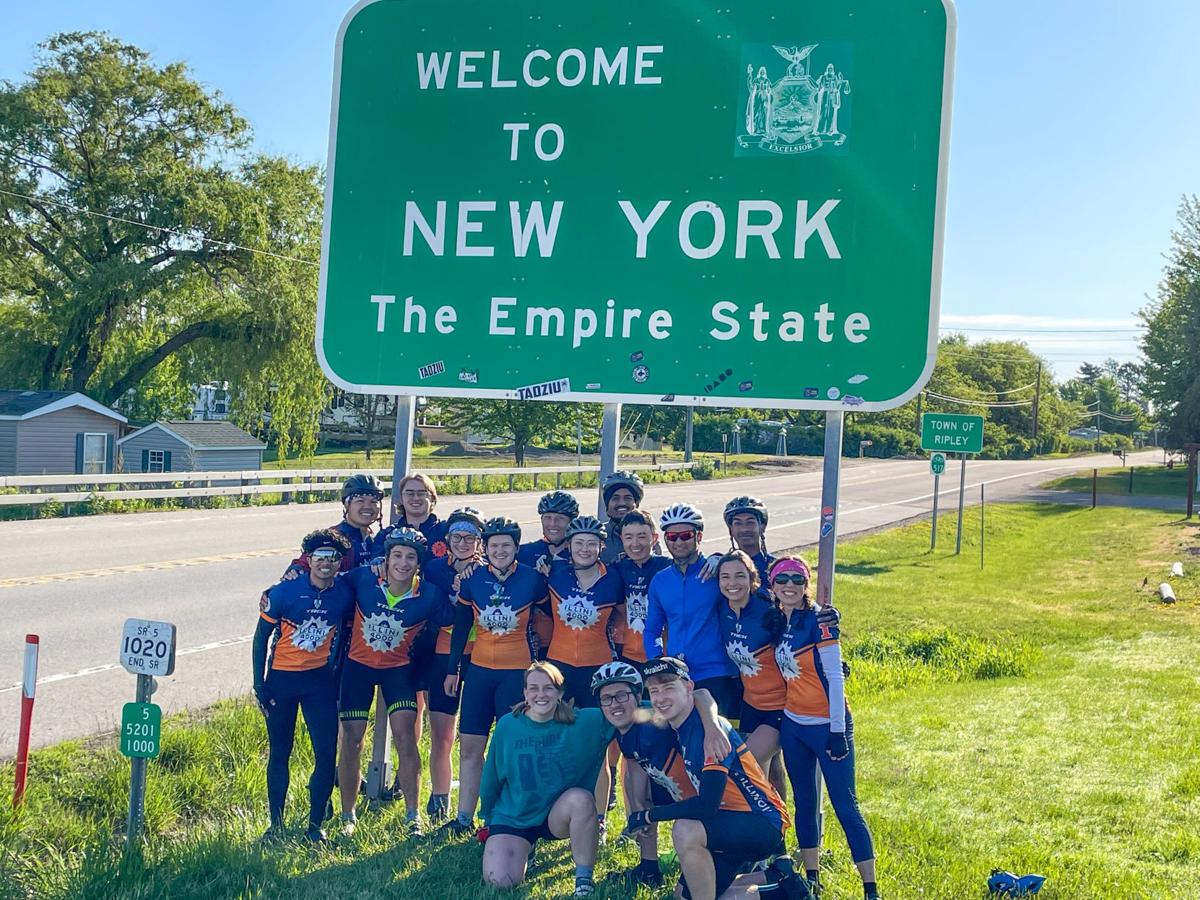 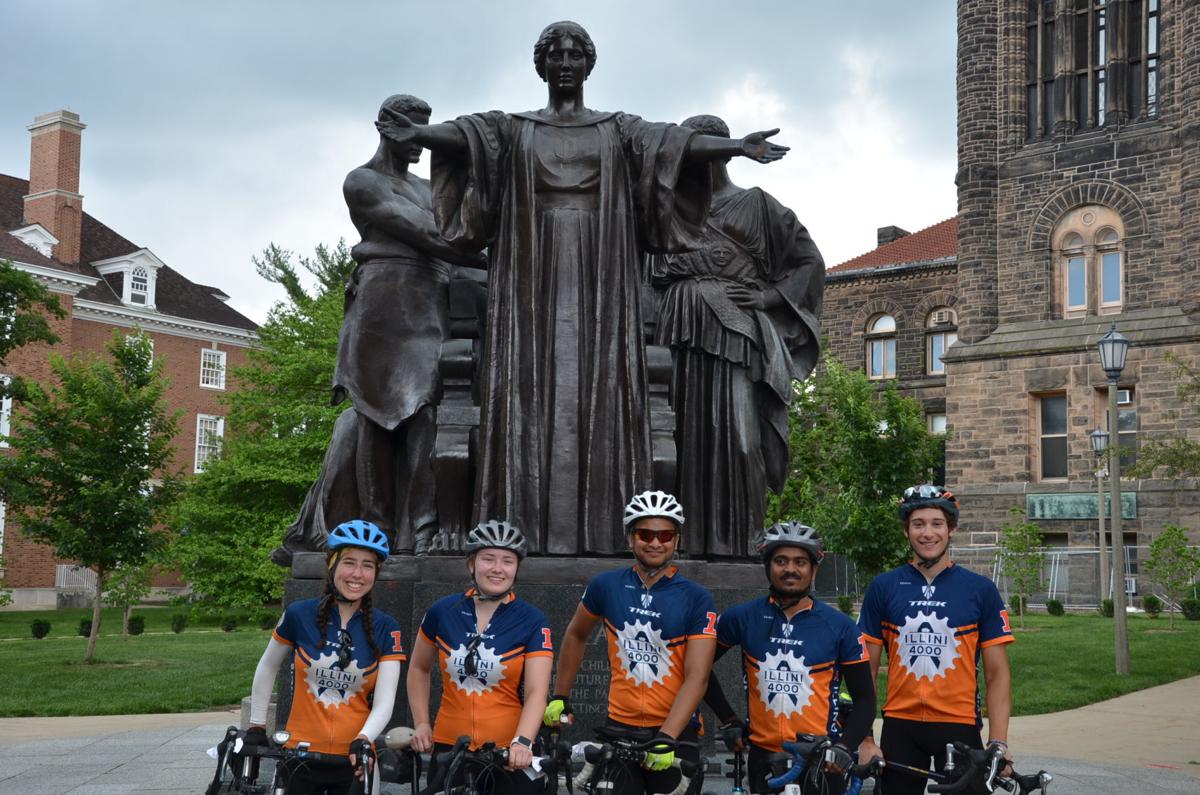 Members of the Illini 4000 Bike America Team pose in front of the Alma Mater on Tuesday, when they passed through Champaign on their trip from New York City to San Francisco. Submitted

The Illini 4000 Bike America Team crossed into Ohio on May 31 on its 78-day cross-country bike trip.

Members of the Illini 4000 Bike America Team pose in front of the Alma Mater on Tuesday, when they passed through Champaign on their trip from New York City to San Francisco. Submitted

When she found out about the Illini 4000 Bike America Team as a freshman at the University of Illinois, Sofie Schwink knew she’d have to participate.

The ride raises money for cancer research, a cause that she feels strongly about after her mother suffered from thyroid cancer when she was a child. Her father, who passed away, was a cyclist who would take her on short rides on the country roads outside Champaign.

As she biked the 4,000-mile ride from New York to San Francisco, which takes 78 days, she was blown away.

“You really see the country from a different perspective than you would in a car or a plane,” the 2021 bioengineering graduate said.

“You meet so many people who have stories to share and are so kind every day. People see you at a gas station and see 20 people in matching orange jerseys, and they ask why we’re doing this, and we tell them. And people will tell us how important it is and things like that. “

The 18 UI students left from Central Park in New York City on May 22 and passed through Champaign this week. At stops, they converse with people, and if they find someone who had an experience with cancer, they interview them on-camera. They post the interviews on their YouTube channel to raise awareness of the “American cancer experience,” said Schwink, this year’s ride leader.

After riding through grueling mountains, hail that pelted them early in their trip and blustery headwinds, they’ll head to San Francisco, where the group will close out the trip Aug. 7 with a surreal ride across the Golden Gate Bridge.

“The first time, I started crying when we crossed the bridge, and I didn’t stop crying until the drive home. It’s just this incredible feeling, but it takes a long time to sink in that you got there by bike, you didn’t drive or fly there. But it’s definitely a special feeling to know that you’ve accomplished this massive feat of endurance.”