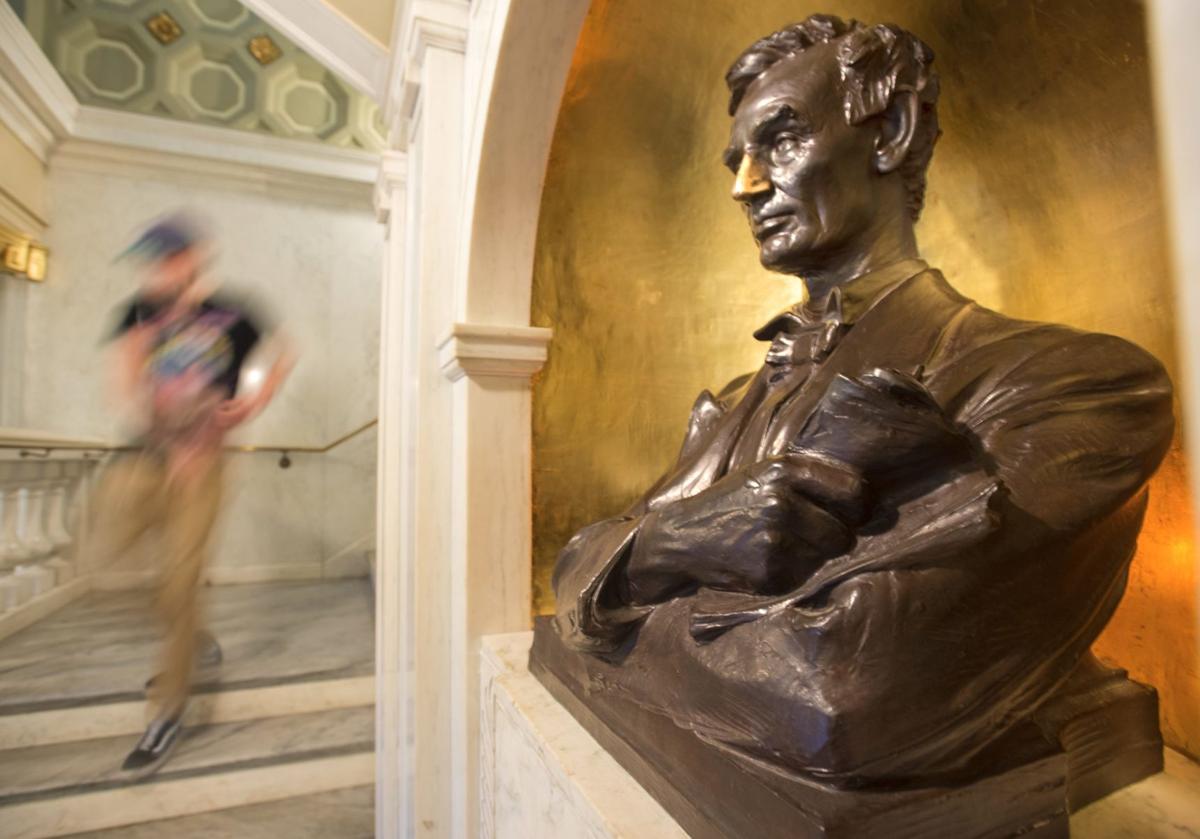 A student passes the Lincoln bust on his way downstairs Tuesday, Feb. 11, 2020, at Lincoln Hall on the University of Illinois campus in Urbana. 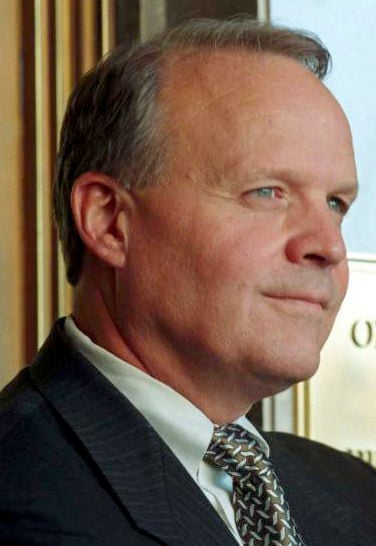 Among the 1,996 former students and faculty members featured on our Gies College of Business-powered ‘UI at 150 & Beyond’ website: Larry Faulkner, who held the UI titles of chemistry professor, dean of the College of Liberal Arts & Sciences and provost before leaving in 1998 to become president of the University of Texas.

Lincoln Hall carries more than the surname of the American icon born 211 years ago today in a one-room log cabin. The building also comes with the character of our 16th president, Larry Faulkner is convinced.

“For me,” says the former UI provost, Lincoln Hall is “the most resonant and sacred place on campus. In my five years as dean of LAS, I worked there and grew to love the way in which the character of the great Abraham Lincoln is woven into the fabric of that building.

“His fierce commitment, tempered everywhere by humility and perspective, is expressed especially in the quotes around the exterior. They provide a daily guide for anyone who carries responsibilities or is interested in a better future.

“Day after day, as I walked into Lincoln Hall, I looked up to see, ‘Let us have faith that right makes might ...’ The Lincoln revealed in this building, a centennial memorial of his birth, is an animating figure for the university’s motto, ‘Learning and Labor.’”

Know a UI alum you’d like us to track down? We’re taking requests at jdalessio@news-gazette.com.