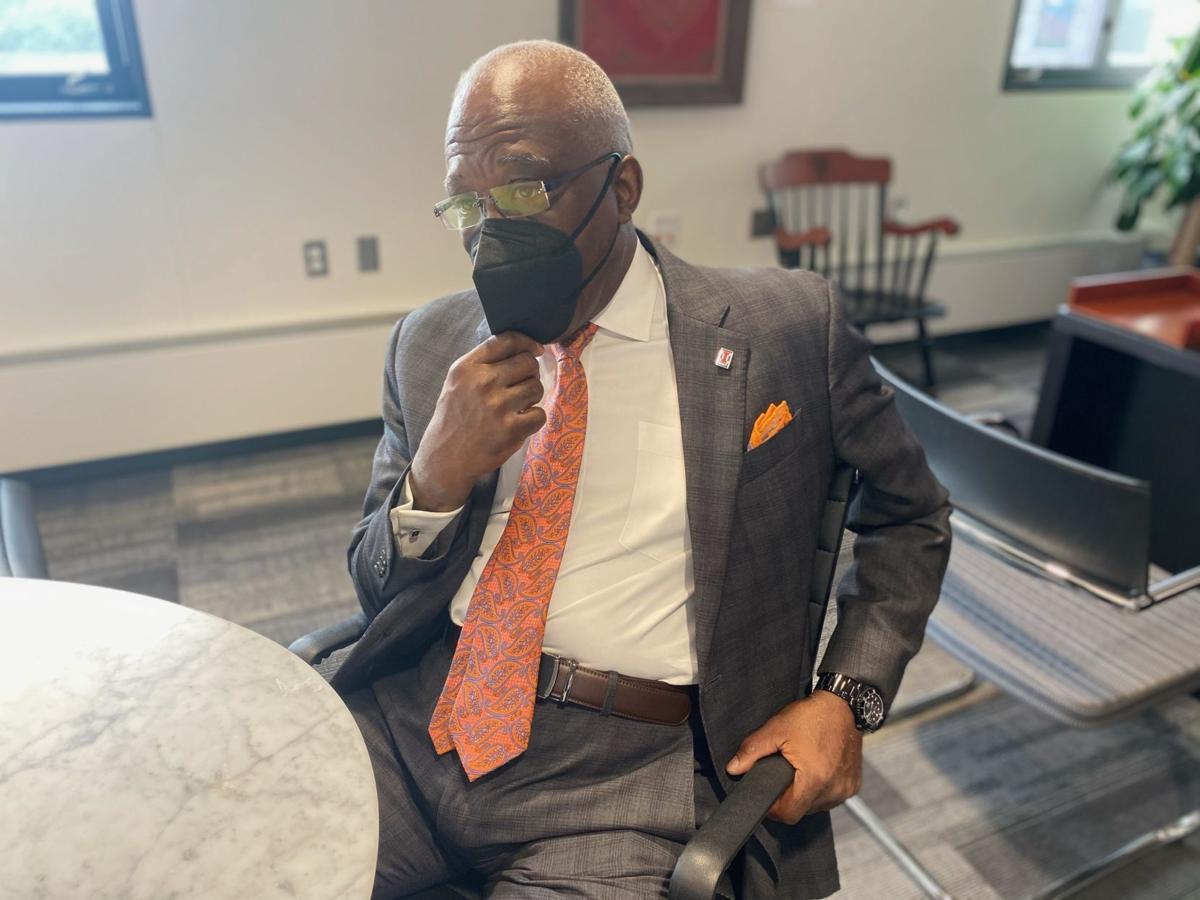 University of Illinois Chancellor Robert Jones speaks with The News-Gazette’s Ethan Simmons on Wednesday in his office in the Swanlund Administration Building. 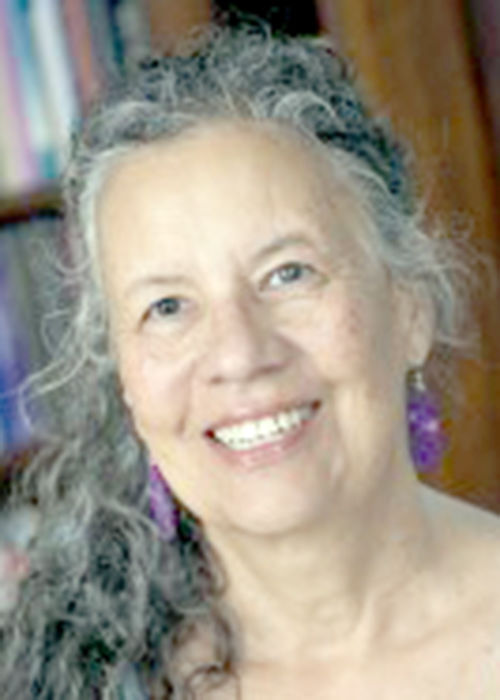 URBANA — Heading into his sixth year in charge of the flagship campus of the University of Illinois, Chancellor Robert Jones is intent on doubling down on the university’s goal to strengthen its ties with Native American tribes.

“It’s time to build on our commitment, to go beyond the rhetoric of celebrating Native American history and culture to actually doing it,” he said in a sit-down interview with The News-Gazette on Wednesday.

YOUR TURN: Have something you'd like to say on this issue? Click here to submit a Letter to the Editor.

Hours later, a major domino fell: The UI announced a new hire who will act as the school’s tribal liaison for Native American nations.

Jacki Thompson Rand, a history professor and enrolled citizen of the Choctaw nation of Oklahoma, will become the inaugural associate vice chancellor for Native affairs and senior adviser to the chancellor on Native affairs issues.

Rand joins the senior leadership team in the UI’s Diversity, Equity and Inclusion office, “as part of our university’s work to acknowledge our responsibility to the Native Nations for whom Illinois is their ancestral home and establish meaningful reciprocal relationships with these Nations,” Vice Chancellor Sean Garrick wrote in a mass email Tuesday.

Rand taught in the University of Iowa’s department of history for over 20 years. In tandem with her roles as associate vice chancellor and adviser, she’ll join the faculty of the UI’s American Indian studies program.

Given her history background and archaeological experience, Rand will also collaborate with the UI’s office on the Native American Graves Protection and Repatriation Act, or NAGPRA.

Rand spent 11 years at the Smithsonian Institution in various roles and served on the American Indian Council for the Office of the State Archaeologist, where she advised on issues related to NAGPRA.

She earned her Ph.D. in history from the University of Oklahoma and authored several articles, essays and literary works, including “Kiowa Humanity and the Invasion of the State” in 2008, and the ongoing digital project “The Indigenous Midwest.”

‘It’s not really about mascots’

A flurry of UI work to shift its relationships with Native American imagery and nations has happened under Jones’ watch.

In 2018, he convened over 600 students, staff, faculty, alumni and community members in and around the university to discuss the retired Chief Illiniwek and its meaning for campus and Native communities.

He also designated the Commission on Native Imagery to find the next steps toward “healing” and “reconciliation” with Native nations while “establishing new traditions.”

Out of those initiatives came a set of commitments announced in late 2020: establishing the university’s NAGPRA office, adding Indigenous faculty, building new campus sites that would honor Peoria and other Native nations, and promising in-state tuition for any students who are part of any federally recognized tribal nation.

“And that’s just the first step,” Jones said. “We’d like to significantly increase the number of Native American students here.”

The UI’s Urbana-Champaign campus reported 526 Native American students in its spring 2021 enrollment figures, or about 1.8 percent of its student body.

But according to the federal Integrated Postsecondary Education Data System, only 18 students — nine undergrads, seven graduate students and two professional students — self-reported as “Native American or Alaska Native,” a category that was broadened to include all Native peoples of North and South America. That’s just 0.03 percent of the student body.

“We are going to be working closely with the tribal colleges and the Museum of the American Indian, as well as the Peoria tribe, to continue to advance this work,” Jones said Wednesday.

The commission also led to the formation of the Illini Spirit and Traditions Council, charged with vetting new music and practices on campus while excluding inappropriate uses of Native American imagery.

“We’ve been very, very clear that those kinds of images are not part of this university,” Jones said. “Not to mean I’m going to be the fashion police; I can’t control what people wear.”

Jones has heard the familiar pushback defending Chief Illiniwek: “That it was not racist, that it was meant to honor Native American people, heritage and culture,” he recalled.

“But I’ll just say unequivocally, if I am a Native American person, I should have something to say about how you honor me,” Jones said.

The Peoria Tribe of Indians of Oklahoma, the closest living descendants of the Illinois Confederation, communicated its disapproval of the mascot in the early 2000s before it was retired in 2007.

Jones also lauded the recent decisions of two professional sports teams to drop or change names associated with Native Americans — namely, the NFL’s Washington Football Team, which retired the name Redskins in 2020, and MLB’s Cleveland Indians, who are set to become the Guardians after this season.

“I’m being very honest, it’s time for us to move on from this — you see what’s happening on a national basis,” Jones said. “It’s time for the rest of the country, from K-12 education and particularly universities that are still struggling with this (Native American imagery), to move on from this and focus on inclusiveness and building community and building relationships with Native nations.”

Ahead of the semester’s start on Monday, Robert Jones sat down with The News-Gazette’s Ethan Simmons to talk all things UI: new traditions, diversity initiatives and how he’s handling COVID-19 conversations, with vaccines in tow and cases increasing around the country.