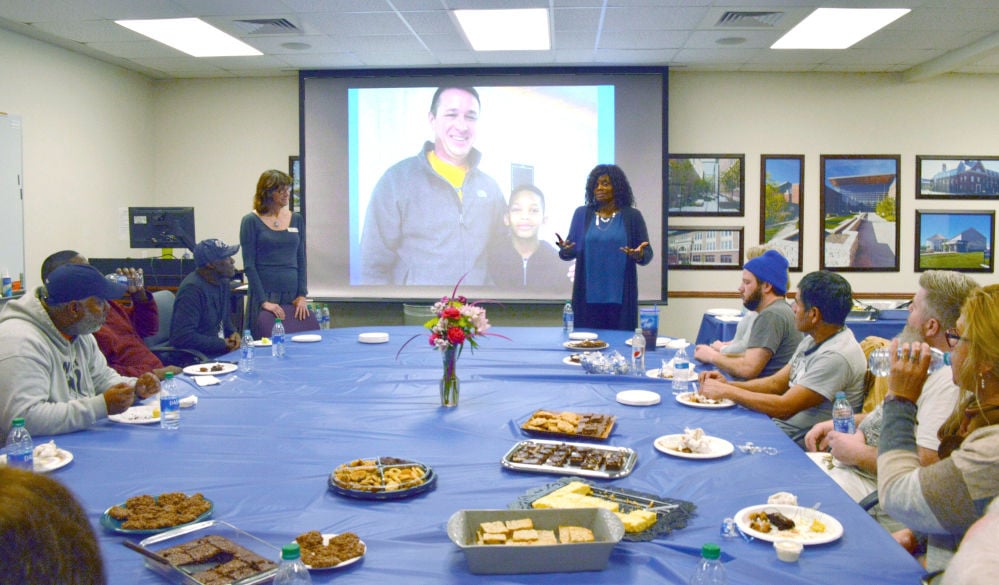 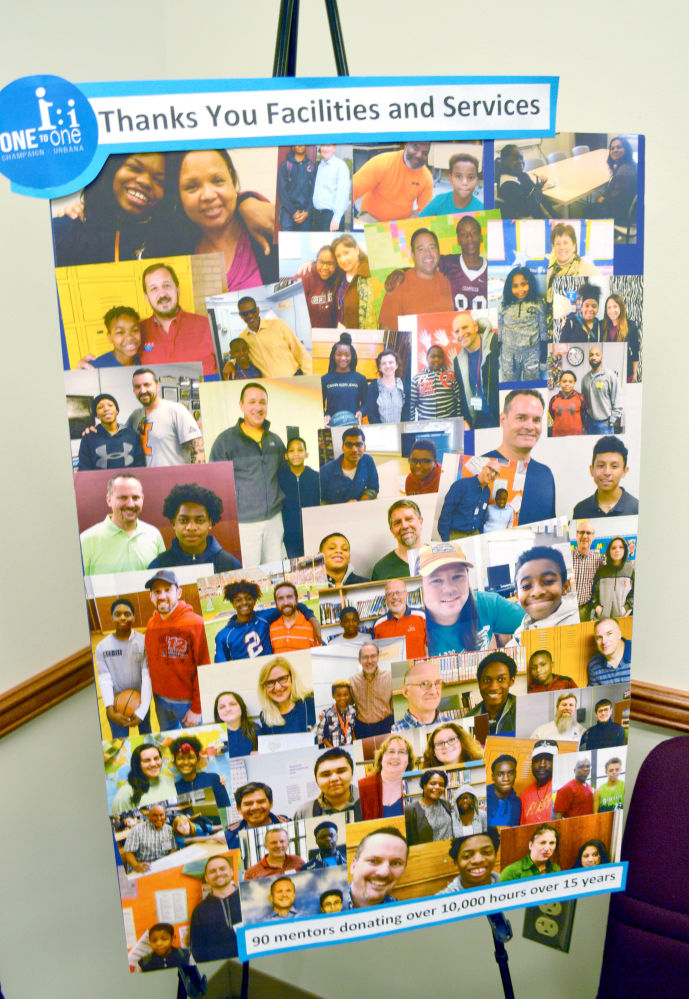 CHAMPAIGN — When times get tough for some children, all they need is a mentor — someone to vent to or play a game of catch with, who makes them feel like they matter and are cared for.

Research shows that with a quality mentoring relationship, youth are less likely to misstep — be it skipping a day of school or starting to use drugs. And they’re more likely to enroll in college, participate in extracurriculars, volunteer within their communities and hold leadership positions.

When Maureen Banks saw an opportunity for the University of Illinois’ Facilities and Services Department to help fill that need — and then some — a long, successful partnership with CU One-to-One Mentoring was born.

That story is among many being celebrated in January, National Mentoring Month.

“It started in 2006. She was a guest reader at Booker T. Washington and was struck by the number of children in poverty at that school. School staff told her that many students were from single-parent homes and did not have caring adults in their lives,” said Lauren Smith, Champaign schools’ community outreach coordinator.

Banks, director of safety and compliance at Facilities and Services, remembers it well.

“F&S wanted to establish a partnership with the local schools, that was also part of the university’s strategic plan. So the way we thought we might be able to do that was we looked at a program already going on, and we talked with (CU One-to-One Mentoring) folks and slowly put it together,” she said.

This month, Facilities and Services is marking 15 years of mentoring in Champaign-Urbana. During that time, over 90 employees have combined to contribute more than 10,000 hours to mentoring elementary, middle, junior high and high school students. Some have been with their mentees for over 10 years. Banks has mentored four girls since the partnership began.

Unit 4’s Booker T. Washington Elementary was chosen as the focal point for the partnership, but CU One-to-One serves both the Champaign and Urbana districts, and Facilities and Services mentors have the option to choose any school. They typically follow their mentee throughout their academic career, all the way to high school graduation.

“We selected Booker T. Washington because it was a predominantly African American school and lower socioeconomic, so we wanted to focus and see what we could give back as far as that’s concerned,” Banks said. “It’s been a really nice experience. The faculty and administrators at BTW were just ecstatic that we were able to do this, and it’s been a growing experience.”

The partnership has also provided area students with an opportunity to know what’s happening at the university. With Facilities and Services being a strong trades organization, Banks says events like last year’s job-shadowing day, where mentees join their mentors at work, help expose students to the different career paths available on campus.

But, for the most part, mentor-mentee interactions happen at school, during the work day. Banks said the university allows Facilities and Services employees who serve as mentors to leave work once a week for that special time — whether it’s during a student’s lunch period or at a time set up with the mentee and the school’s volunteer coordinator.

Banks said the partnership has only grown since its inception, surpassing her initial goal of having at least 1 percent of the Facilities and Services workforce participate. This year, 45 employees are mentors.

Adrian Flowers has played that role for a little over eight years and is now mentoring his third student. His love of children is what inspired him to mentor, and he plans on mentoring for as long as he is employed at F&S.

“Kids who need that extra attention, if I can play the part, I’ll do it,” he said. “I enjoy it. My mentee loves to play basketball. ... We may go to the mentoring coordinator’s room and play board games. Sometimes, we go to the library. But majority of the time, it’s basketball.”

Corinna Funkhouser, a 14-year employee, is a new mentor at BTW.

“I was nervous the first day, but she likes basketball, so we went out and played P-I-G. I made jokes at myself and showed her the ‘granny shot.’ I had fun with her right from the beginning,” Funkhouser said.

Volunteer coordinators with each school are the ones who get to play matchmaker. Kristin Gardner, that person at BTW, said the process normally begins with a referral. Students can sometimes self-refer, “but at the elementary level, if I let that be the only way of being referred, every one of them would do it,” Gardner said.

At that level, Gardner typically speaks with teachers, a social worker, a school psychologist, the parents, the principal and sometimes even community members. Interests of both the mentor and mentee are then taken into consideration, and from there, a match is made.

“The elementary kids, at least my most recent matches, are so exuberant. They’re always in my office like ‘Are they coming? Are they coming?’” Gardner said. “The word I would use is that I think they feel chosen.”

The wait list for a mentor at BTW is over 20 students long, according to Gardner, and some have been on the list since third grade.

And they don’t forget it.

“It’s really important to find matches. My goal this semester is I’ve encouraged all the staff at BTW to invite just one person, if they can, to the trainings. I wanna get that wait list way down,” Gardner said.

Things change a bit at the high school level as students begin to mature and the dynamics with their mentor start to shift from “a big sister/brother or aunt/uncle role to an adult friendship,” said Sara Easter, the volunteer coordinator at Centennial High School.

“By the time they get to us, they’ve already been with their mentors for anywhere from two to six or seven years. And we facilitate them at the high school getting reconnected,” she said. “We offer optional training for mentors in different things, whether it’s listening skills or how to feel connected to your mentee. We’ve talked about teens and technology to help the mentors understand what kind of role that’s playing in the student’s life.”

Once the students get to high school, Easter says they can exchange phone numbers and communicate with their mentee outside of the designated meeting time.

“We generally discourage that until they get to the high school level. And at that point, we almost encourage it,” she said.

Mentors can also pick their student up from school, with parental permission, and leave campus.

Take it from Banks: If you try it, you’re bound to love it.

“It’s not a tutor situation. ... It’s an ‘I’m your friend, and you can talk with me, or not, and we can just be together,’” she said. “You watch the relationship grow where they become more trusting of each other and share things.

“What happens is that mentors end up getting much more out of it than the mentees. It’s very rewarding.”