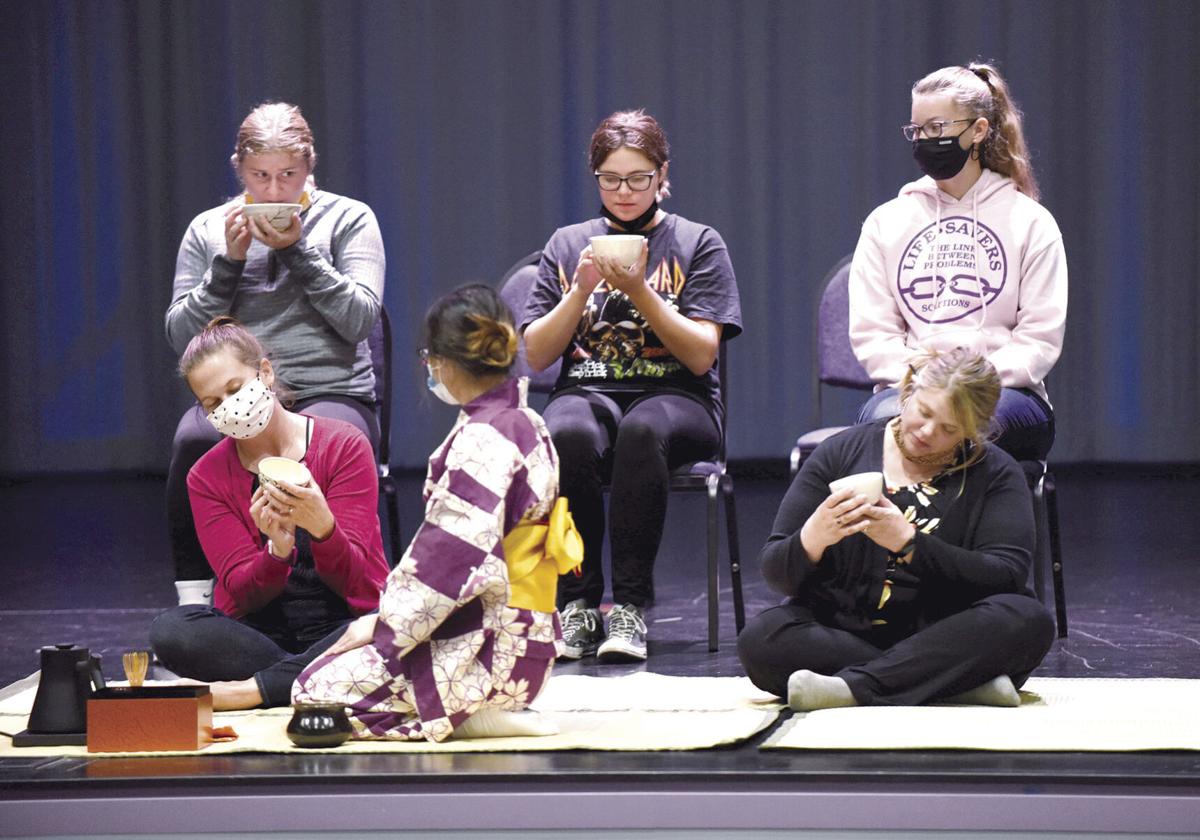 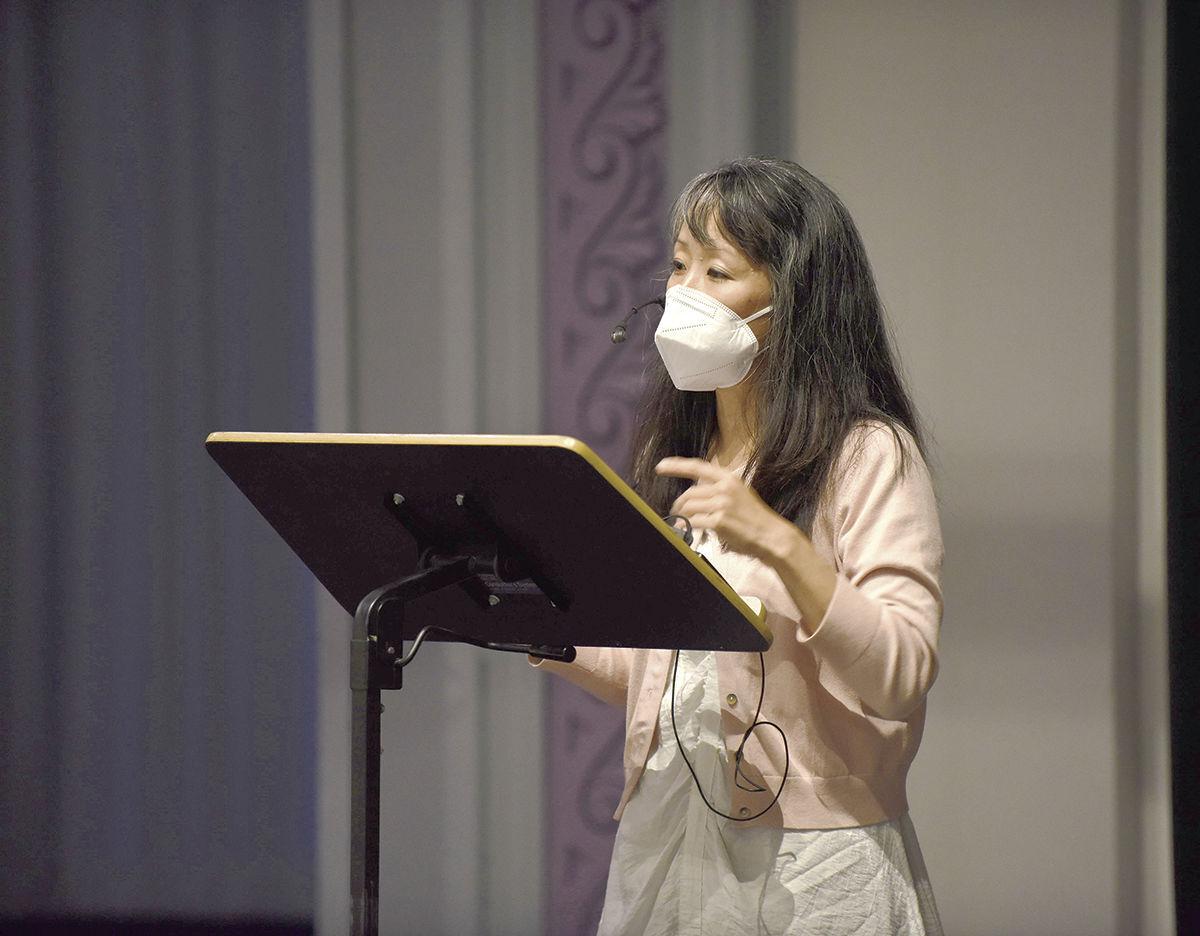 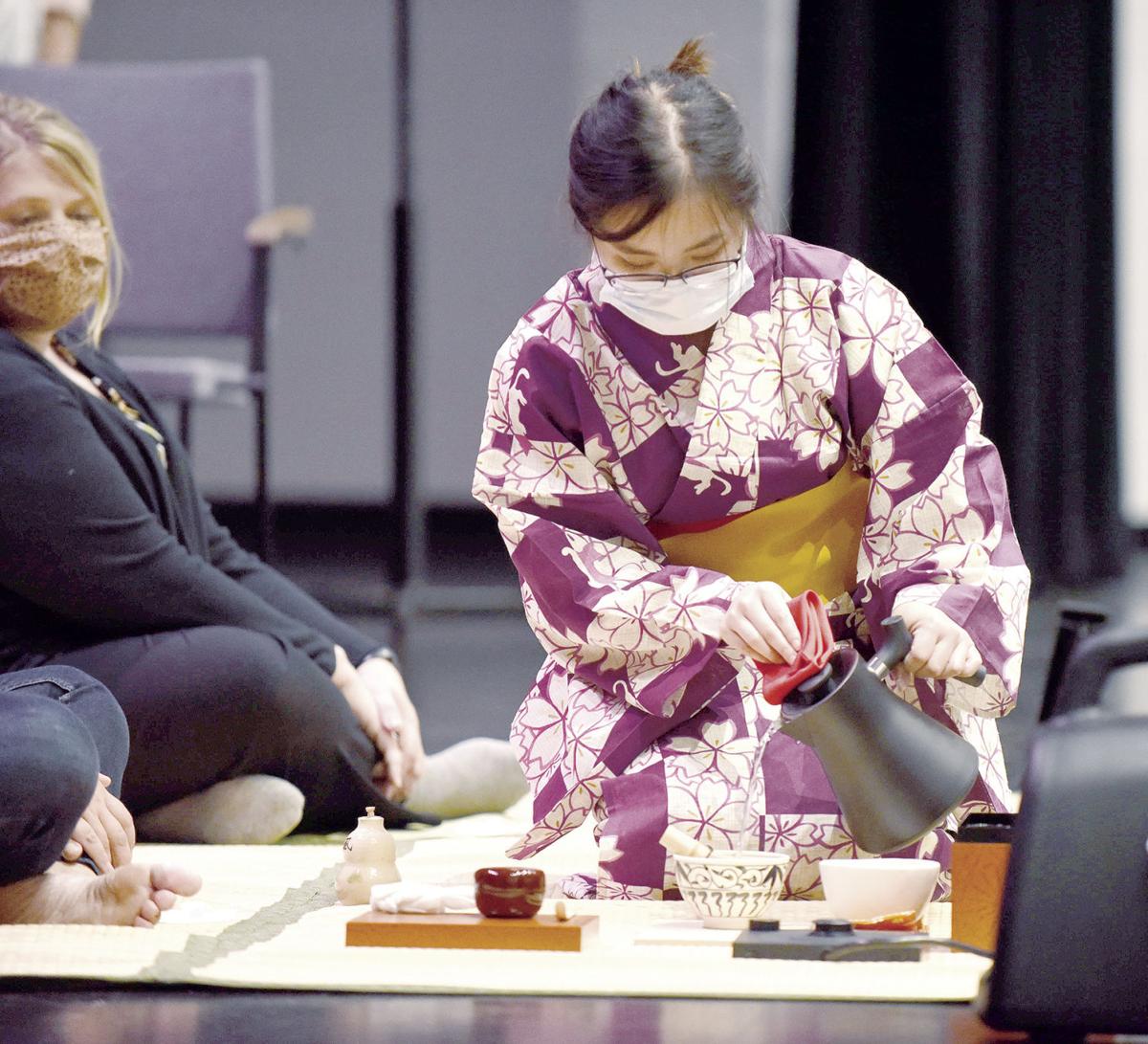 That certainly came to the mind of Michael Darin of the University of Illinois’ Japan House when he got a call from Monticello High School music director Alison Allender, seeking input for their latest marching band show.

It came on the very day Darin was set to call her about having the marching band play for a groundbreaking at Japan House next month.

"Literally on the same day I was getting ready to call the marching band, they called us and asked if there was anybody here who could help with their Japanese-based show. They wanted information on Japanese culture, maybe the arts, some other things that might apply to their show,” said Darin, a Monticello graduate who is now the education and engagement coordinator at Japan House.

Allender said band leadership was “looking for something different” for this year’s show, and landed on a Japanese-themed one based on the "Legend of the 1,000 Paper Cranes."

“With the popularity of anime (Japanese-styled animation) and different books, there is a lot of interest in the Japanese culture,” Allender said. “I called the Japan House and explained what we were doing and asked if they would be willing to do a presentation to teach our students more about Japanese culture.

“They were very interested in coming, and actually showed the students a traditional Japanese tea ceremony.”

The tea ceremony was presented to band members in the high school auditorium, along with explanations from Jennifer Gunji-Ballsrud, another Monticello graduate who is now director of Japan House.

She explained to students that the tea ceremony is less about the act of drinking tea, and more about a state of mind.

She said the foundation in Japanese for the word harmony is “wa,” which can also translate as peace, calmness, serenity and contentment.

It is such an important concept that it is included in the Japanese constitution.

Gunji-Ballsrud said the geographical situation of the country — 126 million people crammed into a land mass that could fit into the state of California — makes it important to pursue the attributes of wa.

In that way, the tea ceremony, which includes little to no verbal communication, is a way of “taking your time,” being more aware of things around you and letting things go. It also includes elements of respect and deferring to others.

“It gets us in a state of mind to be ready to contribute,” Gunji-Ballsrud told the group.

You could hear a pin drop in the auditorium as Diana Lao of Japan House prepared tea for Allender and fellow driector Amanda Allen and drum majors Katy Vogt, Rylee Kurth and Grace Stapf.

After the tea ceremony, Gunji-Ballsrud shared the "Legend of the 1,000 Paper Cranes."

According to the tradition, folding 1,000 origami cranes gets that person a wish. She told the story of a 12-year-old exposed to radiation in Hiroshima who attempted the feat after being diagnosed with leukemia. She managed to fold 644 before passing away a year later, but her classmates finished the task and buried all 1,000 folded cranes with her.

Gunji-Ballsrud believes the story can speak to everyone, including a high school marching band.

“It’s a fact that you are doing this as a group, and I think this will resonate with others; that you can’t create a 1,000 cranes performance by yourself. You have to do it in a community working together,” she said.