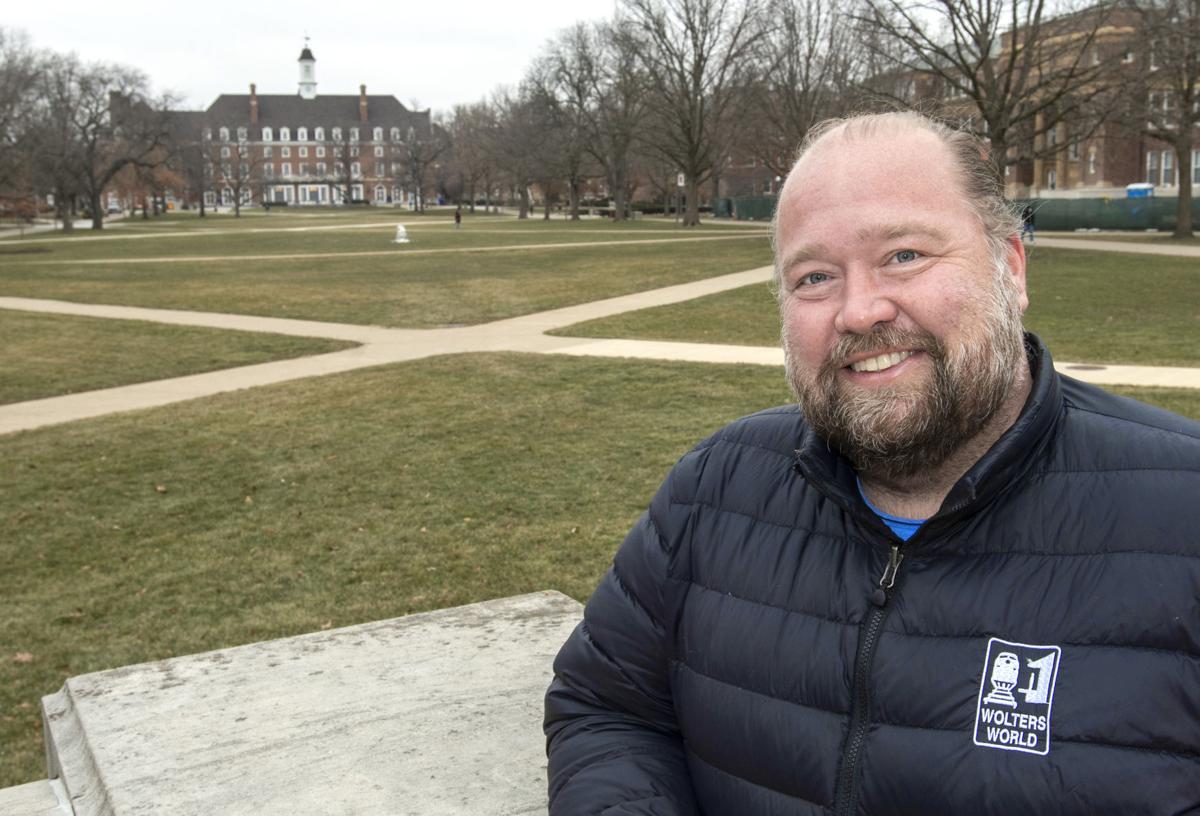 Mark Wolters stands outside Foellinger Auditorium, a favorite building dating back to his days as a UI student. 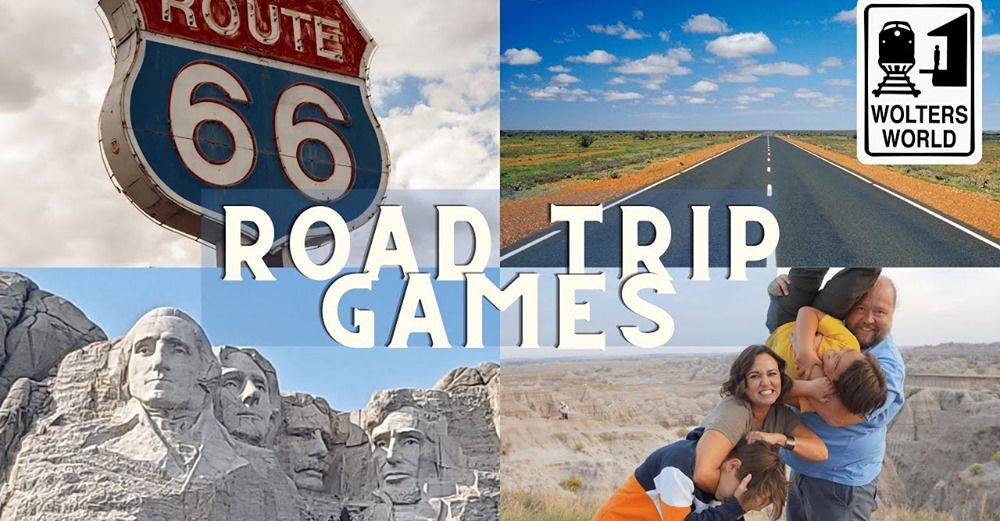 These days, he’s confined mostly to campus. But under non-pandemic conditions, Mark Wolters and family can often be found making memories (and hit YouTube videos) around the globe. 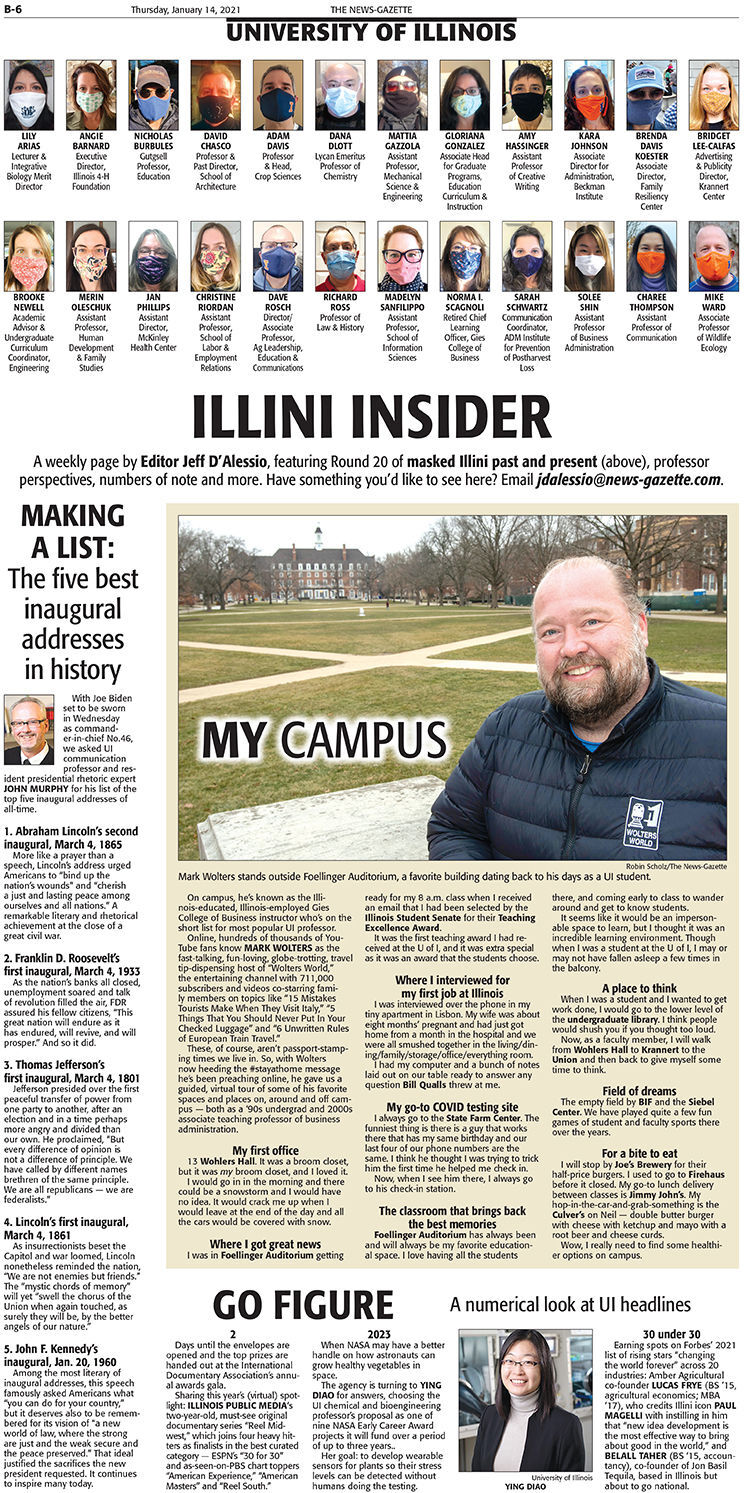 On campus, he’s known as the Illinois-educated, Illinois-employed Gies College of Business instructor who’s on the short list for most popular UI professor.

Online, hundreds of thousands of YouTube fans know MARK WOLTERS as the fast-talking, fun-loving, globe-trotting, travel tip-dispensing host of “Wolters World,” the entertaining channel with 711,000 subscribers and videos co-starring family members on topics like “15 Mistakes Tourists Make When They Visit Italy,” “5 Things That You Should Never Put In Your Checked Luggage” and “6 Unwritten Rules of European Train Travel.”

These, of course, aren’t passport-stamping times we live in. So, with Wolters now heeding the #stayathome message he’s been preaching online, he gave us a guided, virtual tour of some of his favorite spaces and places on, around and off campus — both as a ‘90s undergrad and 2000s associate teaching professor of business administration.

I would go in in the morning and there could be a snowstorm and I would have no idea. It would crack me up when I would leave at the end of the day and all the cars would be covered with snow.

I was in Foellinger Auditorium getting ready for my 8 a.m. class when I received an email that I had been selected by the Illinois Student Senate for their Teaching Excellence Award.

It was the first teaching award I had received at the U of I, and it was extra special as it was an award that the students choose.

Where I interviewed for my first job at Illinois

I was interviewed over the phone in my tiny apartment in Lisbon. My wife was about eight months’ pregnant and had just got home from a month in the hospital and we were all smushed together in the living/dining/family/storage/office/everything room.

I had my computer and a bunch of notes laid out on our table ready to answer any question Bill Qualls threw at me.

I always go to the State Farm Center. The funniest thing is there is a guy that works there that has my same birthday and our last four of our phone numbers are the same. I think he thought I was trying to trick him the first time he helped me check in.

Now, when I see him there, I always go to his check-in station.

The classroom that brings back the best memories

Foellinger Auditorium has always been and will always be my favorite educational space. I love having all the students there, and coming early to class to wander around and get to know students.

It seems like it would be an impersonable space to learn, but I thought it was an incredible learning environment. Though when I was a student at the U of I, I may or may not have fallen asleep a few times in the balcony.

A place to think

When I was a student and I wanted to get work done, I would go to the lower level of the undergraduate library. I think people would shush you if you thought too loud.

Now, as a faculty member, I will walk from Wohlers Hall to Krannert to the Union and then back to give myself some time to think.

The empty field by BIF and the Siebel Center. We have played quite a few fun games of student and faculty sports there over the years.

For a bite to eat

I will stop by Joe’s Brewery for their half-price burgers. I used to go to Firehaus before it closed. My go-to lunch delivery between classes is Jimmy John’s. My hop-in-the-car-and-grab-something is the Culver’s on Neil — double butter burger with cheese with ketchup and mayo with a root beer and cheese curds.

Wow, I really need to find some healthier options on campus.

A place without walls

The view on the front porch of Foellinger. I like just taking in the whole quad after I finish teaching there. You really can see why the U of I gets ranked so high for having a beautiful campus.