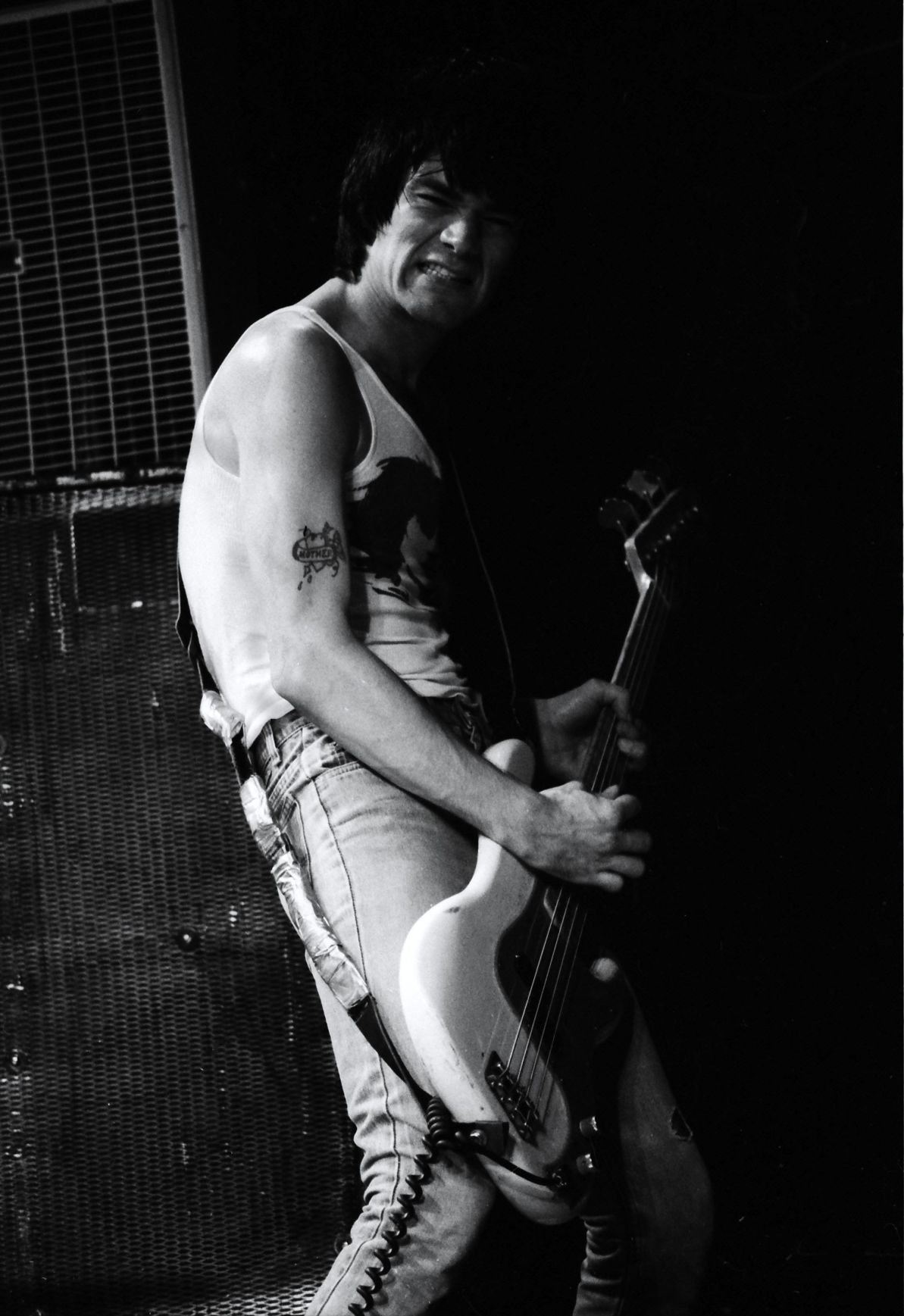 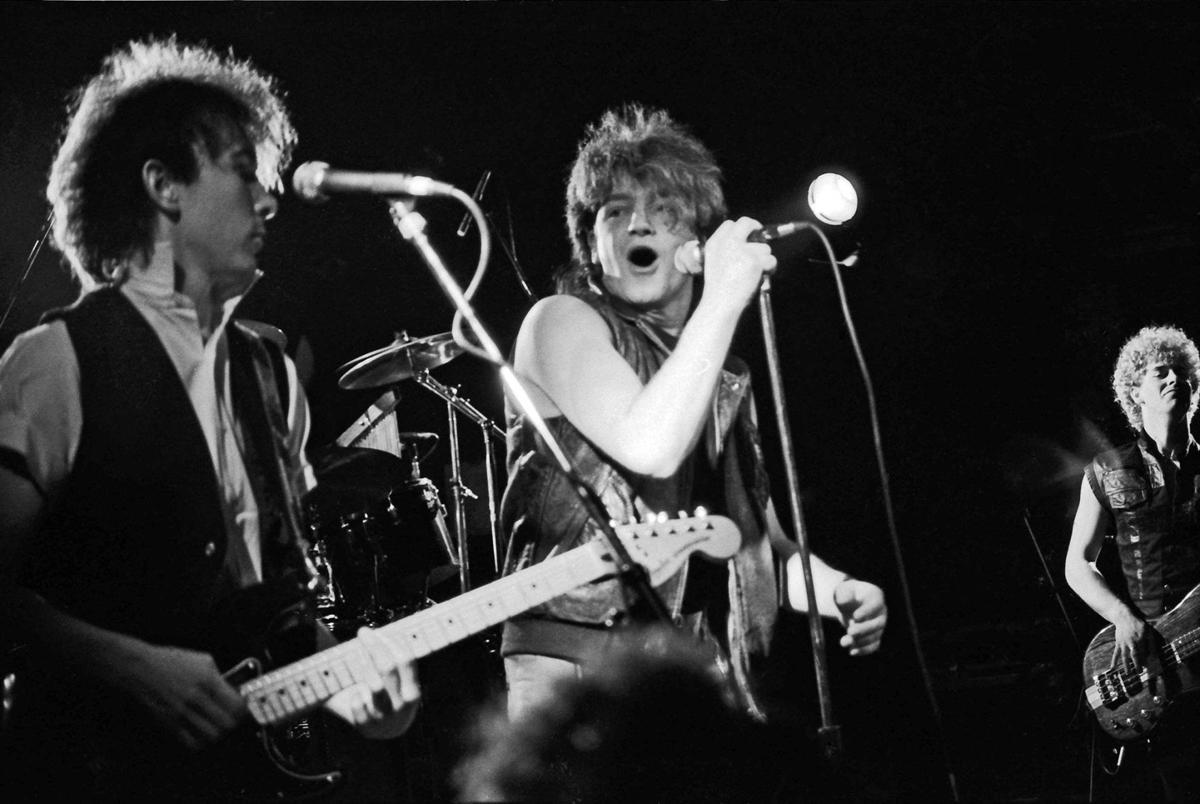 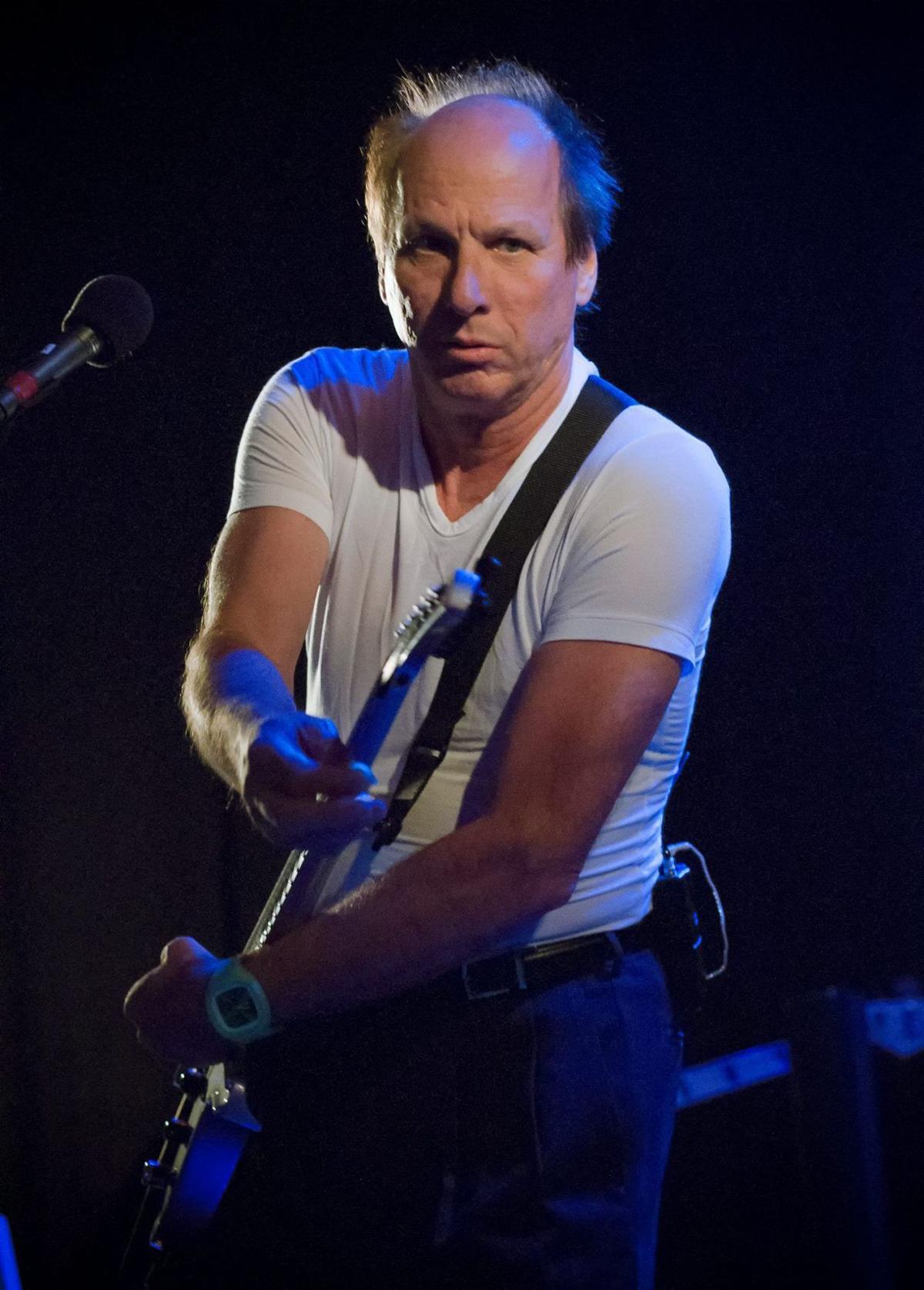 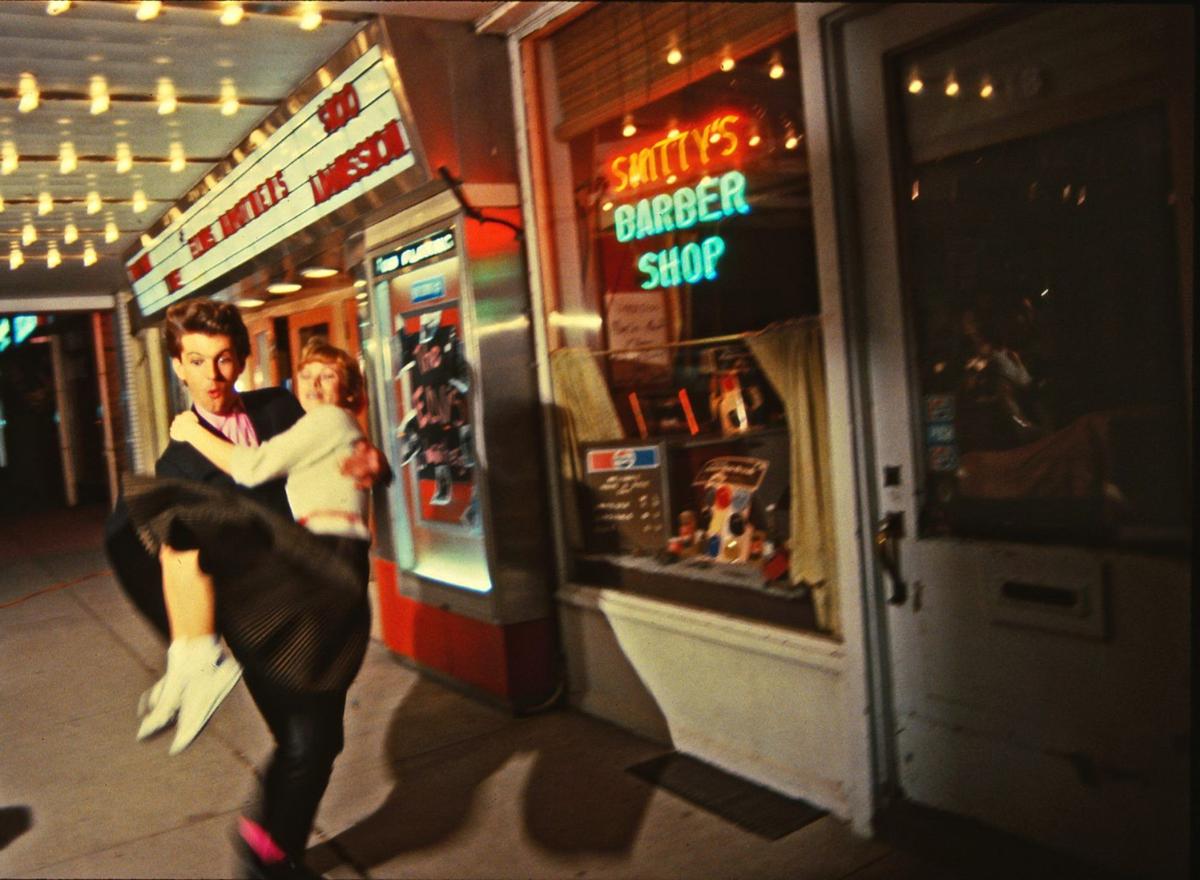 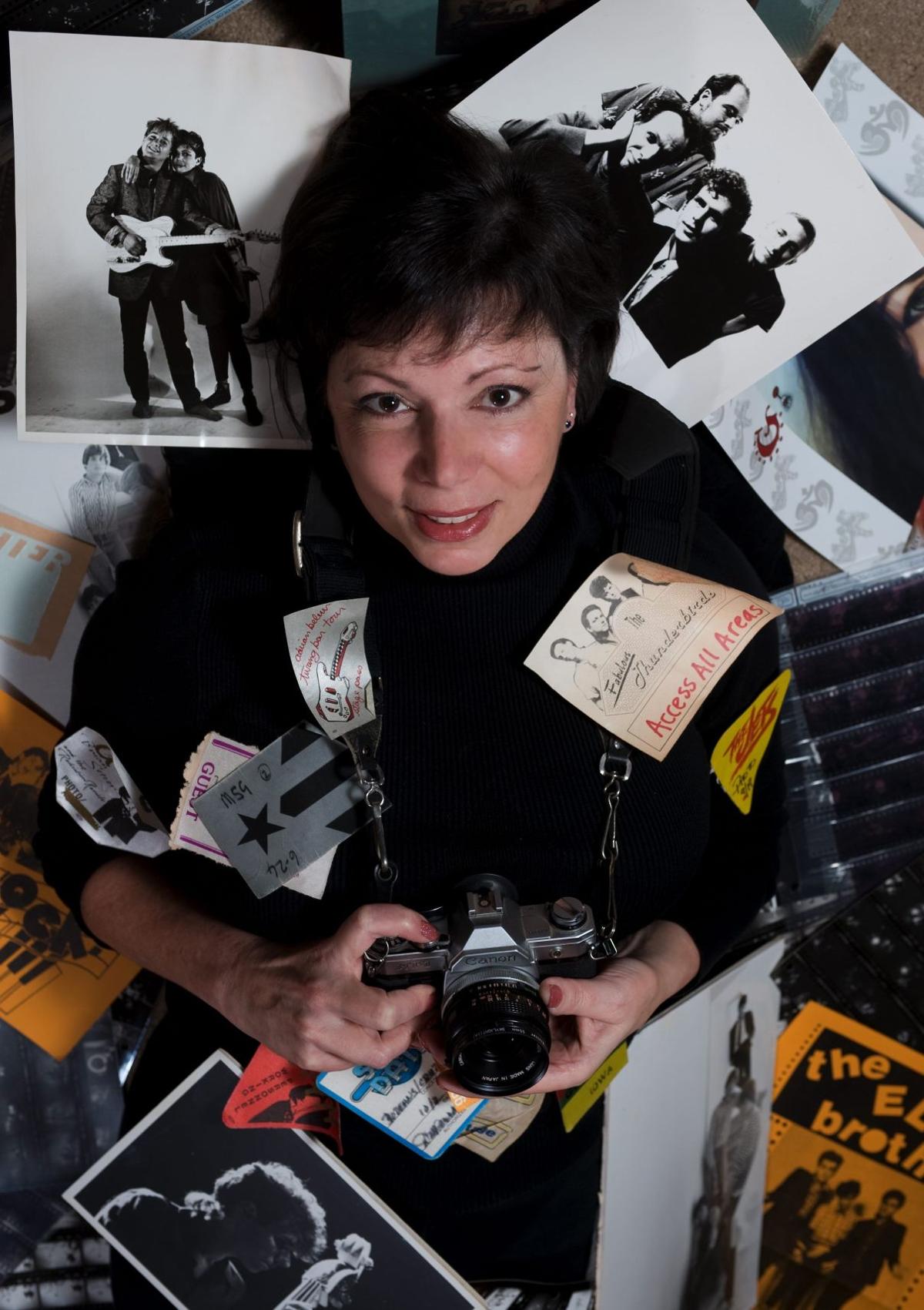 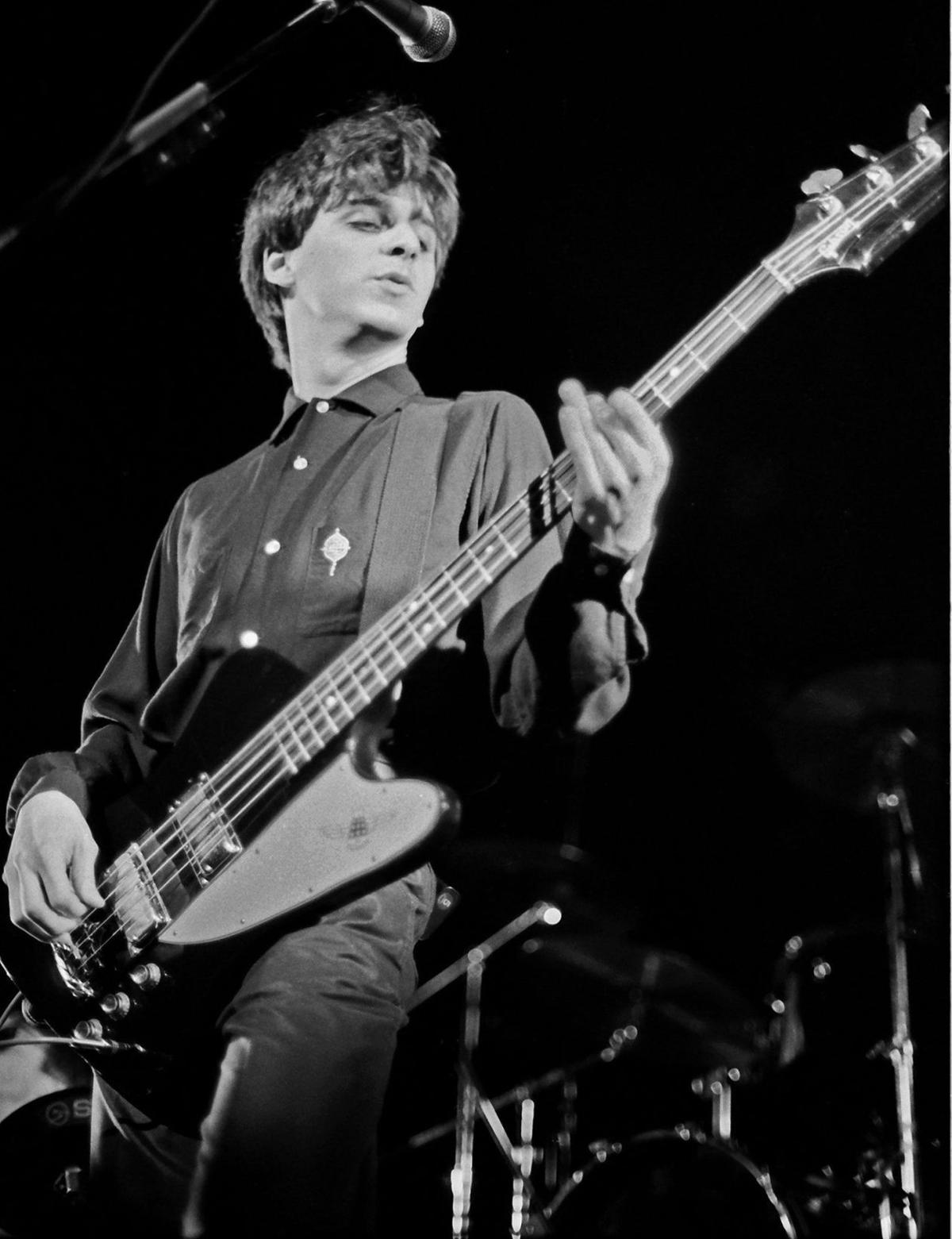 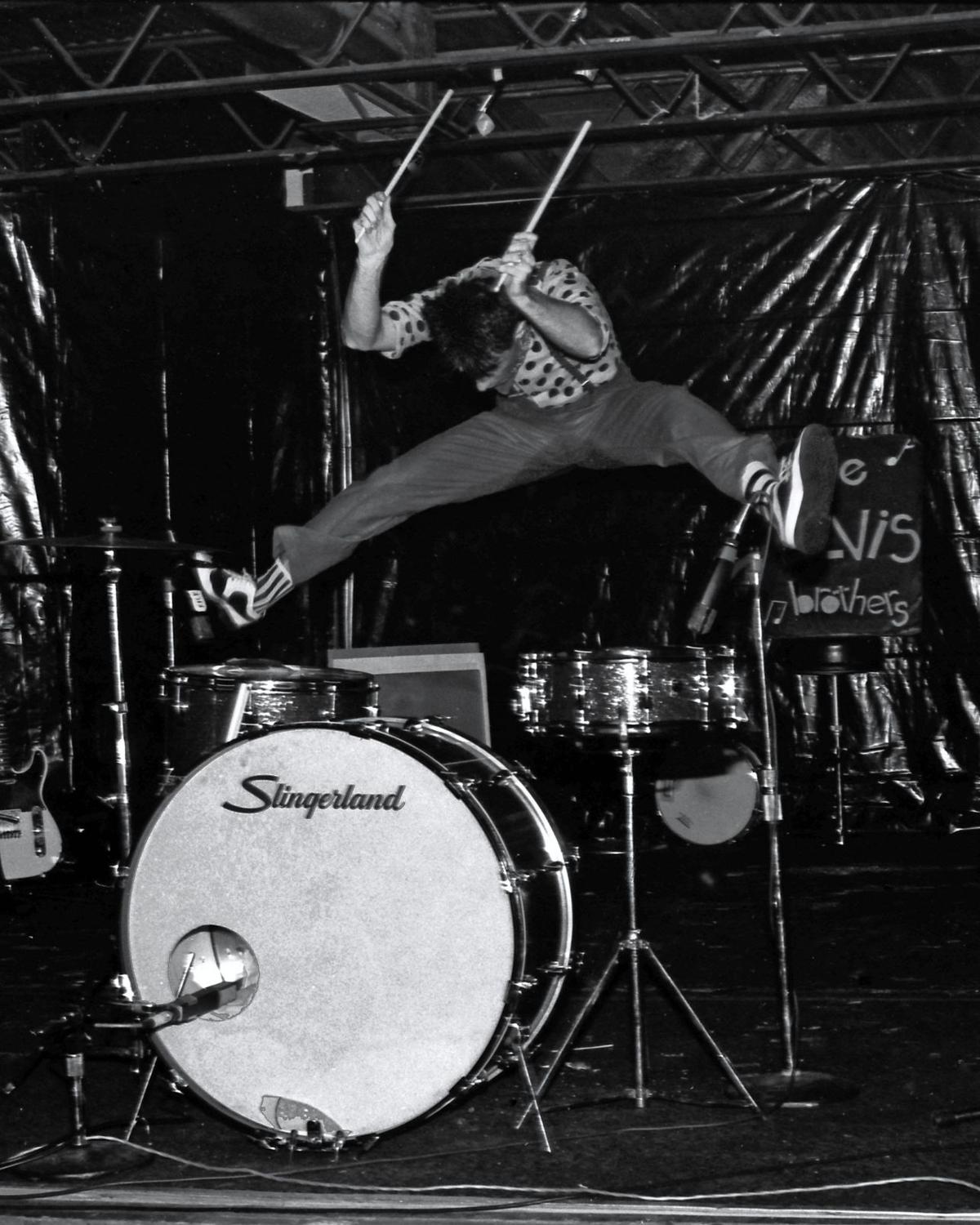 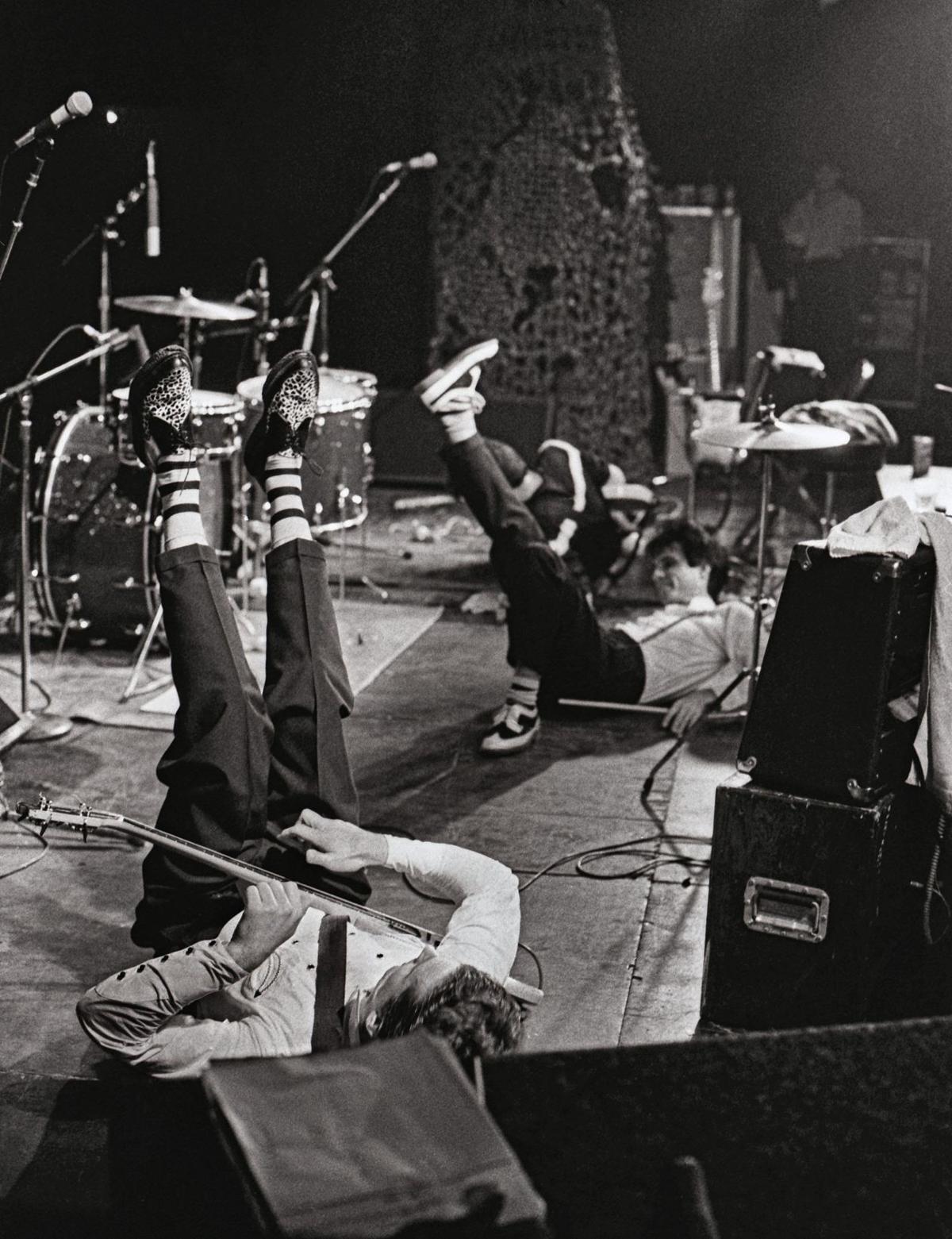 In the 1980s, when the Walkman and MTV were innovations and digital downloads were science fiction, there was real, live rock music to be heard and danced to almost any night of the week in Champaign-Urbana.

A now-defunct Campustown bar, Mabel's, had bands on stage five or six days a week, and places like Panama Red's, the Alley Cat, Chico's and others had multiple offerings.

Della Perrone of Champaign documented that era. Her work is on display on the University of Illinois campus at the Sousa Archives in the Harding Band Building, 1103 S. 6th St., C.

"Live from the Crossroads: A Snapshot of Champaign-Urbana's Local Music Scene 1980-1986" has a golden nugget in Perrone's photographic prints.

She rescanned her 30-year-old negatives; some had started to deteriorate. So she had to make some digital touch-ups — which she said she enjoyed more than when she had to do it in the darkroom.

Perrone, 54, is now a professional photographer — one of her three jobs — but back then she took pictures of local bands more as a labor of love.

"I had no idea how much it would mean 30 years later," Perrone said. "They're not always my best shots, but they are part of an era."

Urbana had a celebrity in the form of Adrian Belew, who played with David Bowie and King Crimson, as well as his band here, the Bears.

"He's everything that a well-known person should be," she says of Belew. "He doesn't have airs about him."

Among Perrone's favorite bands playing the local scene were Nix 86 and Turning Curious, for whom she did an album cover.

She shot country-western bands, even though she wasn't much of a fan.

"People were actually making a living playing music then. It was quite a scene," she said. "It was nice of people to recognize and support music in this town. This helped make it accessible to a wide audience."

At the top of her fan list were the Elvis Brothers, who landed a national recording contract with CBS Portrait.

Rob Elvis, Graham Elvis and Brad Elvis made it onto the MTV rotation when the cable channel was fairly new (and actually played music).

Perrone took photos for the Elvis Brothers and earned money for film supplies by taking promo shots of them and others.

"Actually, I was probably losing money on photography," she said.

She also shot U2 and other bands on the verge of superstardom when they played at the University of Illinois Auditorium (before it was called Foellinger Auditorium).

In the prints, she often seems to be on the stage with the band, but in fact she was able to take intimate shots unobtrusively by standing on the seats or crammed up against the stage.

"But now I have great studio gear," she said. She works with former News-Gazette photo editor Darrell Hoemann.

Brad Elvis was the drummer for the Elvis Brothers; he's now in the Handcuffs and the Romantics, based in Chicago.

He said Perrone took photos that captured the band and its rockabilly/New Wave/post-punk energy.

"I can't think of anyone else who documented the scene at the time as well," Elvis said.

Scott Schwartz, the director and archivist for music and fine arts at the Sousa Archives, said the exhibit is an important addition to the collection, which started off mainly documenting early regimental and marching band history.

"This is an interesting addition to what we have already about modern music. It fits well with our collection," he said. "Della captured the uniqueness of the scene."

Assistant archivist Rory Grennan, the exhibit's curator, came along a little too late for the 1980s boom, but noted that C-U has had something of a cyclical nature when it comes to bands.

He pointed out that John Phillip Sousa played on the same UI stage where U2 later played with a local warm-up band, Combo Audio.

Schwartz added that the exhibit shows the sense of community for musicians and their fans.

Band members knew and, for the most part, liked each other. One of Perrone's shots is of a regular volleyball game held near Belew's Urbana home and featuring several local musicians.

The archive has other modern music displays in addition to its collection of Sousa and band artifacts.

One fascinating display is the Sal-Mar Construction, a pioneering electronic musical instrument with 24 speakers that still works.

It was built from the logic boards of the early computer ILLIAC II by University of Illinois music professor and composer Salvatore Martirano and others. Schwartz performs mini-concerts on the intricate machine.

Also on display now through March 14 is a collection of James Bond musical memorabilia, which includes the original score of the recent "Casino Royale."

What: "Live from the Crossroads: A Snapshot of Champaign-Urbana's Local Music Scene 1980-1986," a collection of photographic prints by Della Perrone