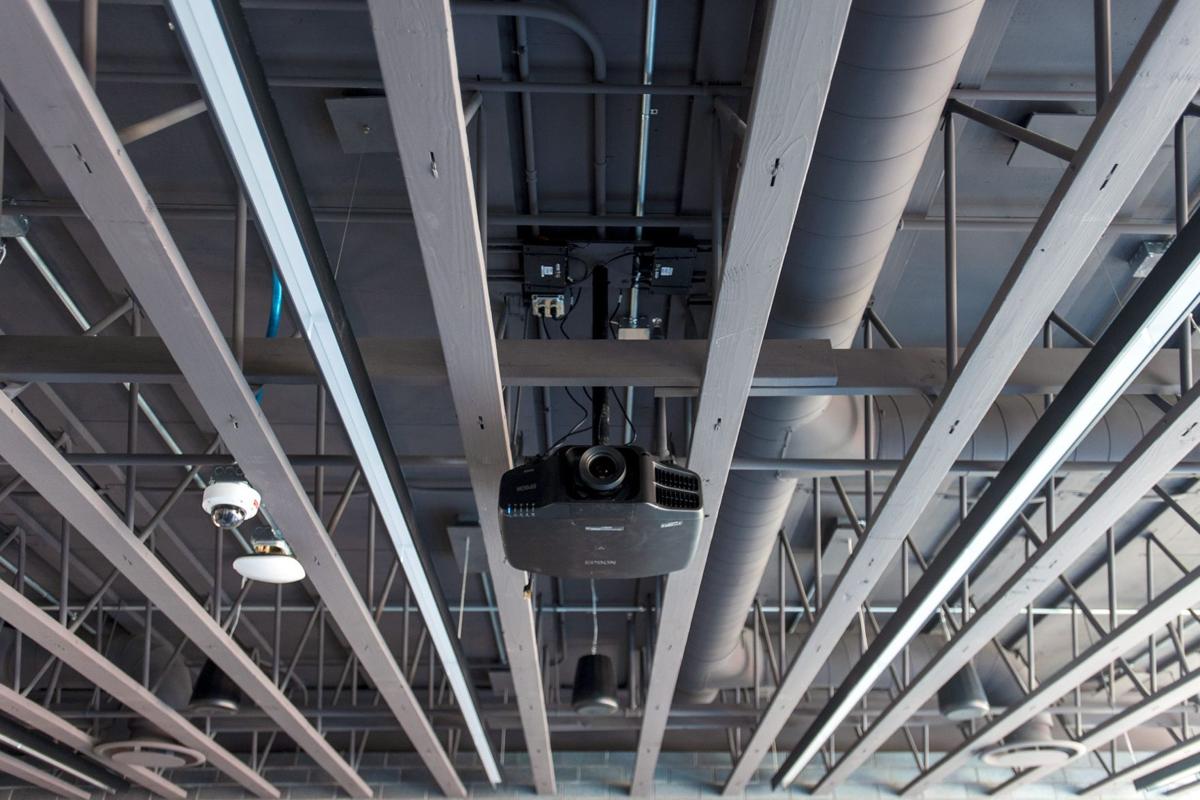 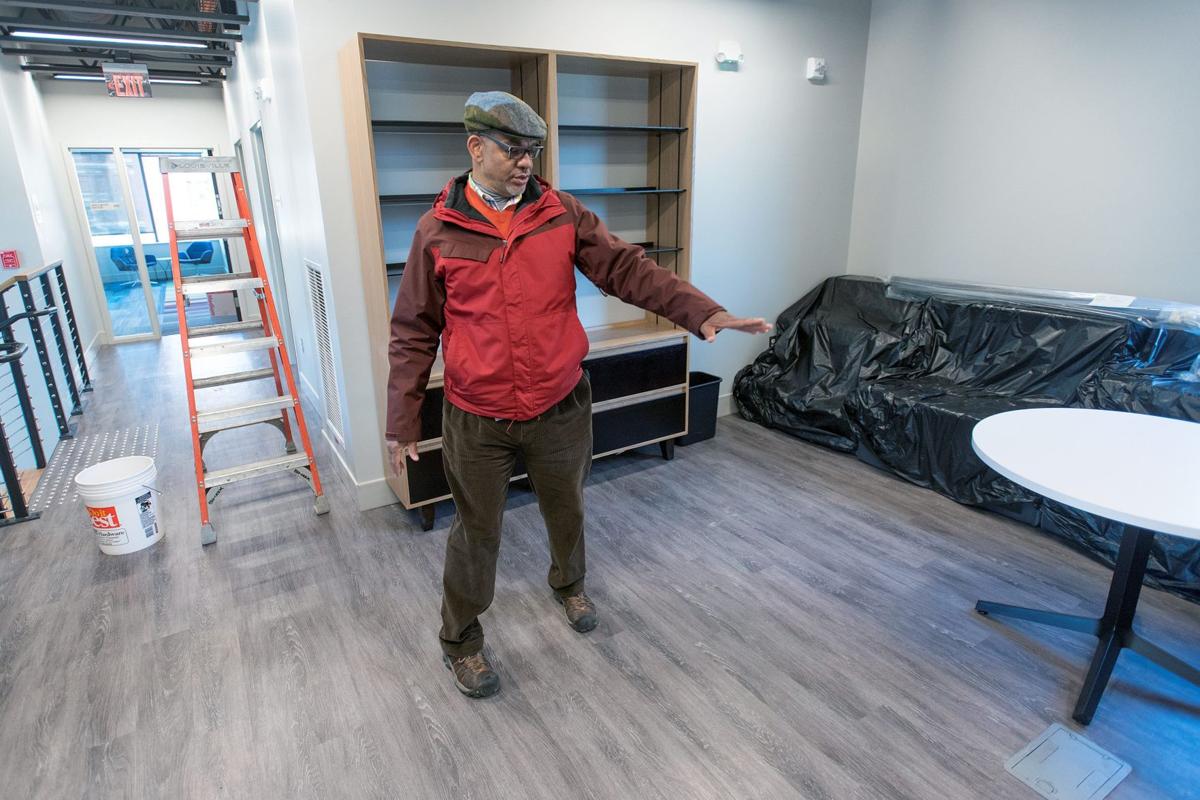 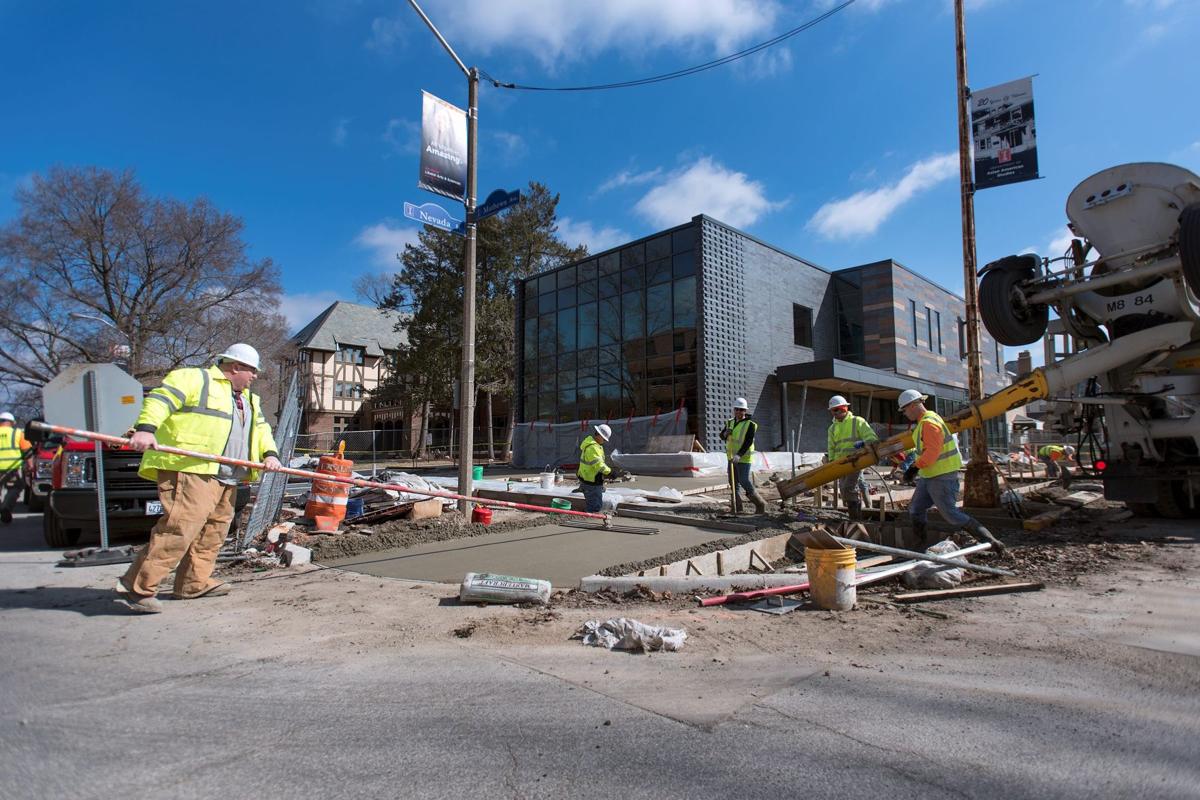 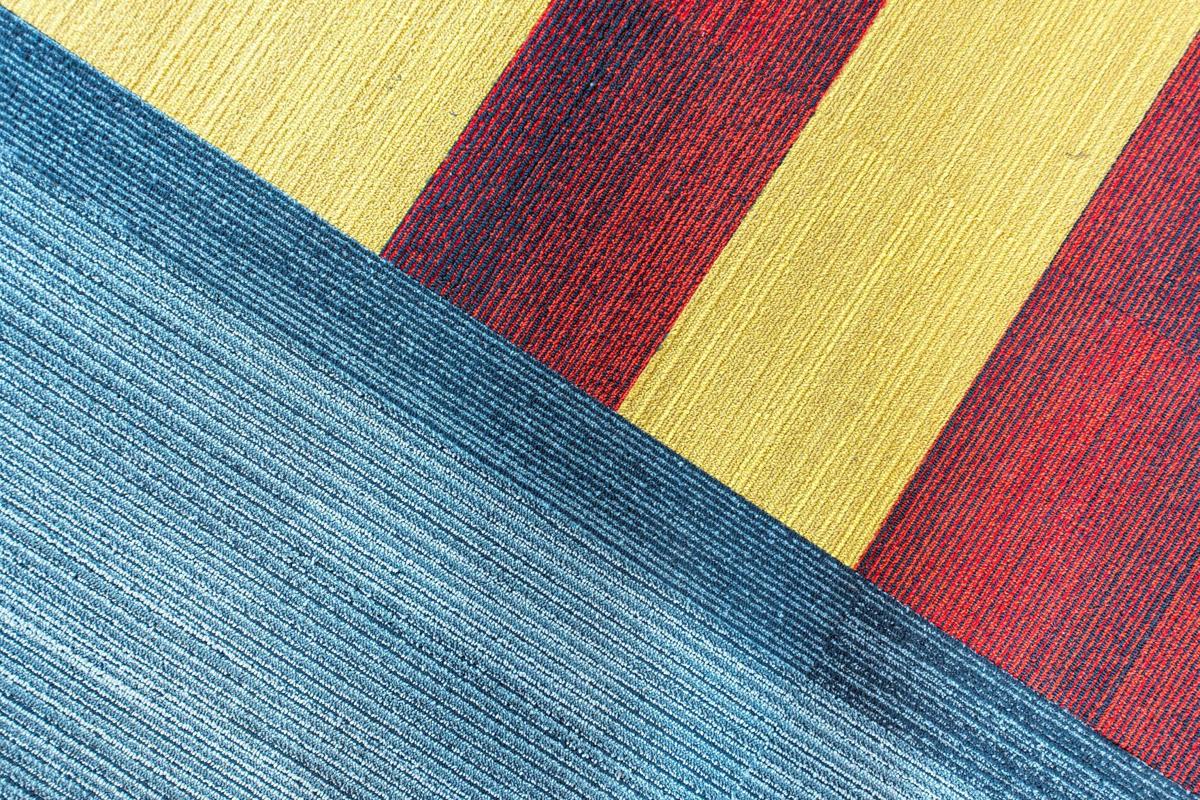 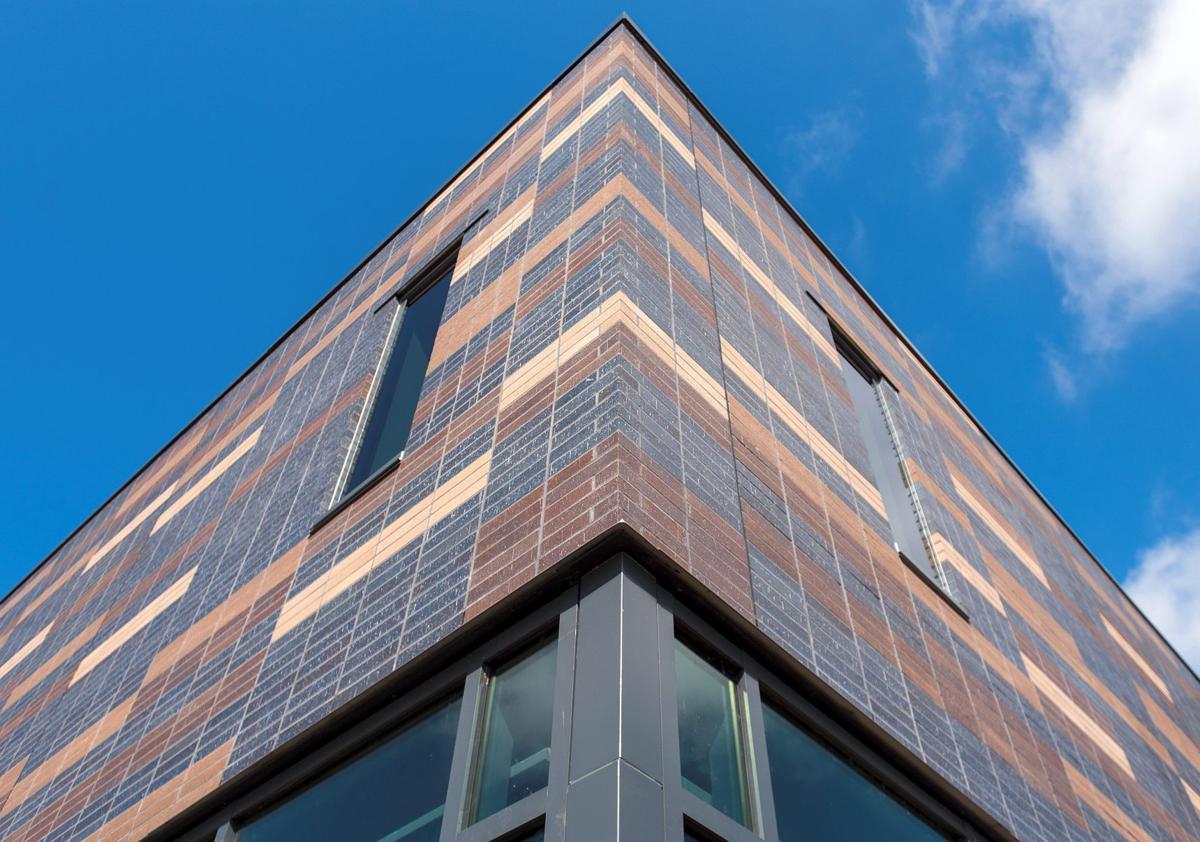 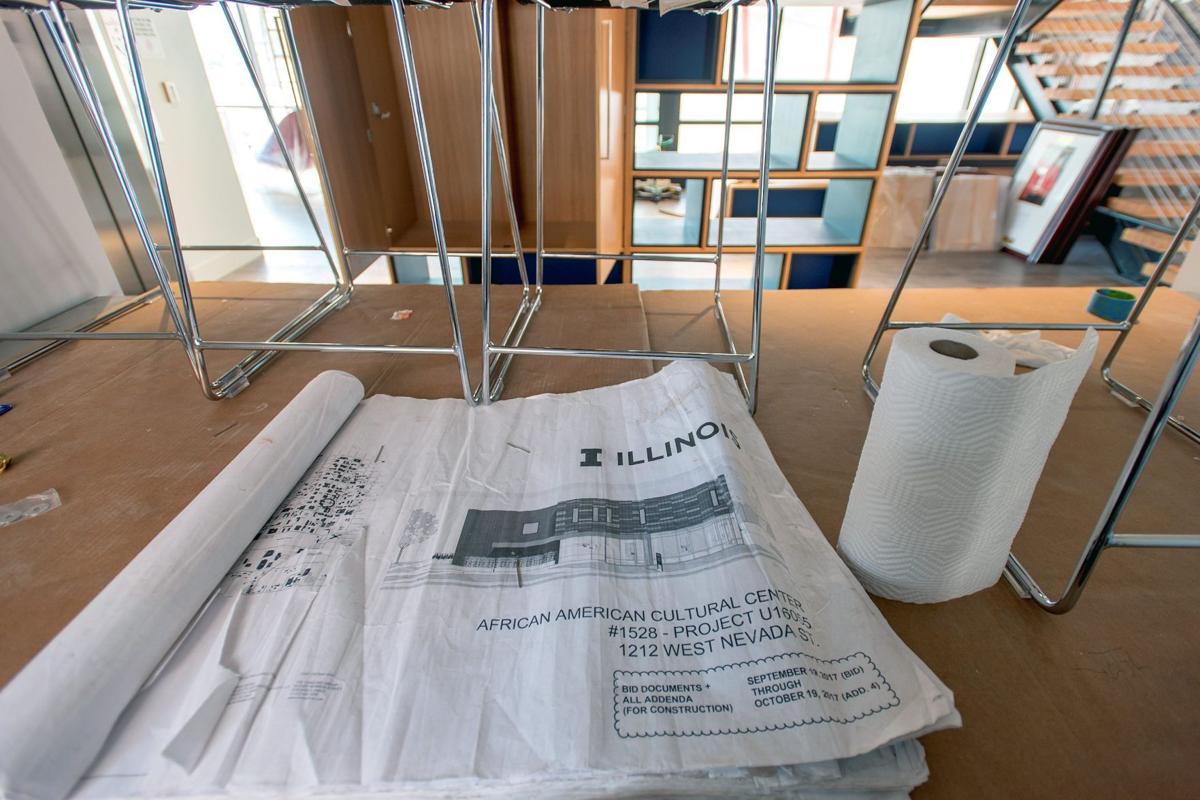 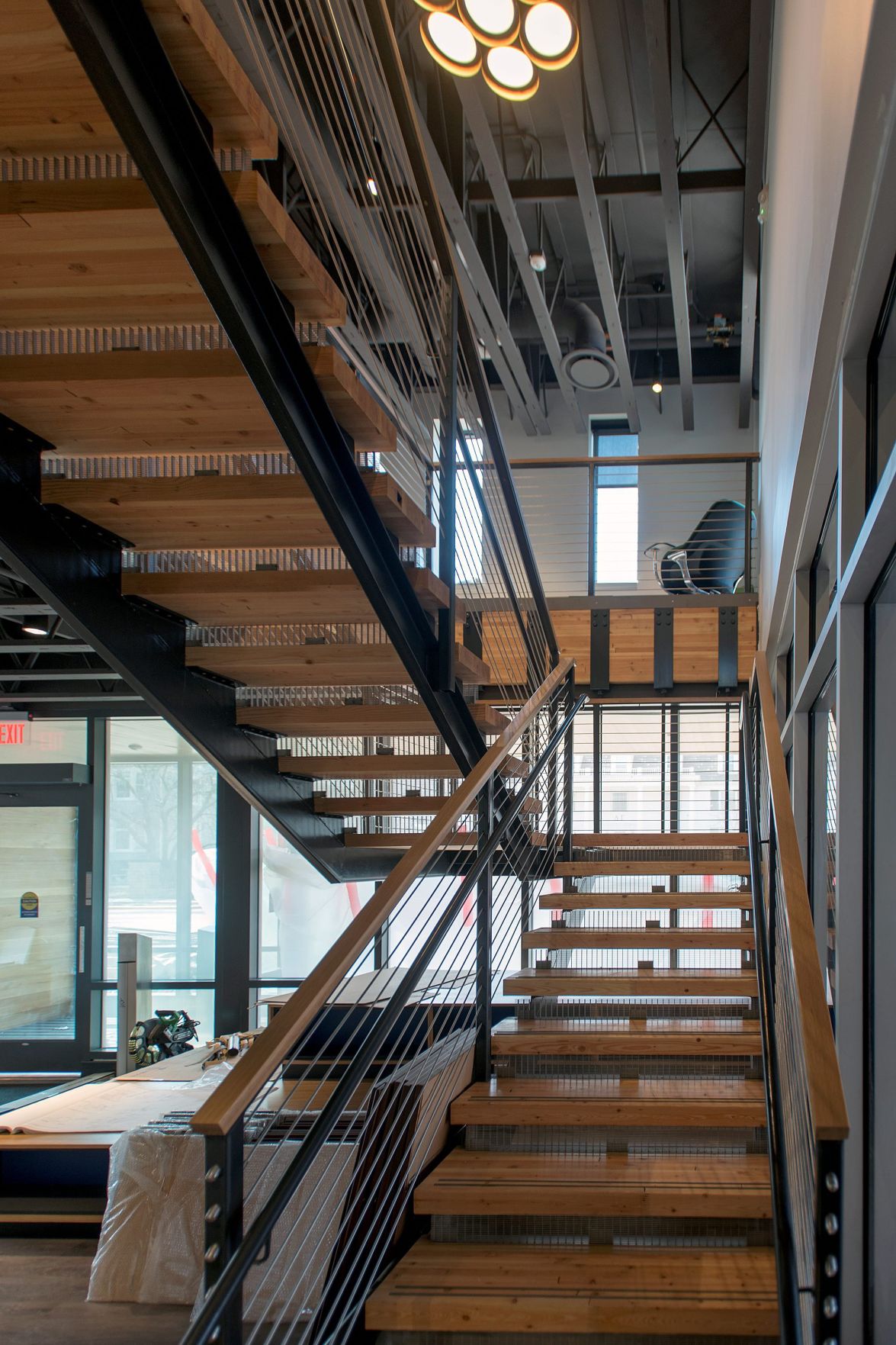 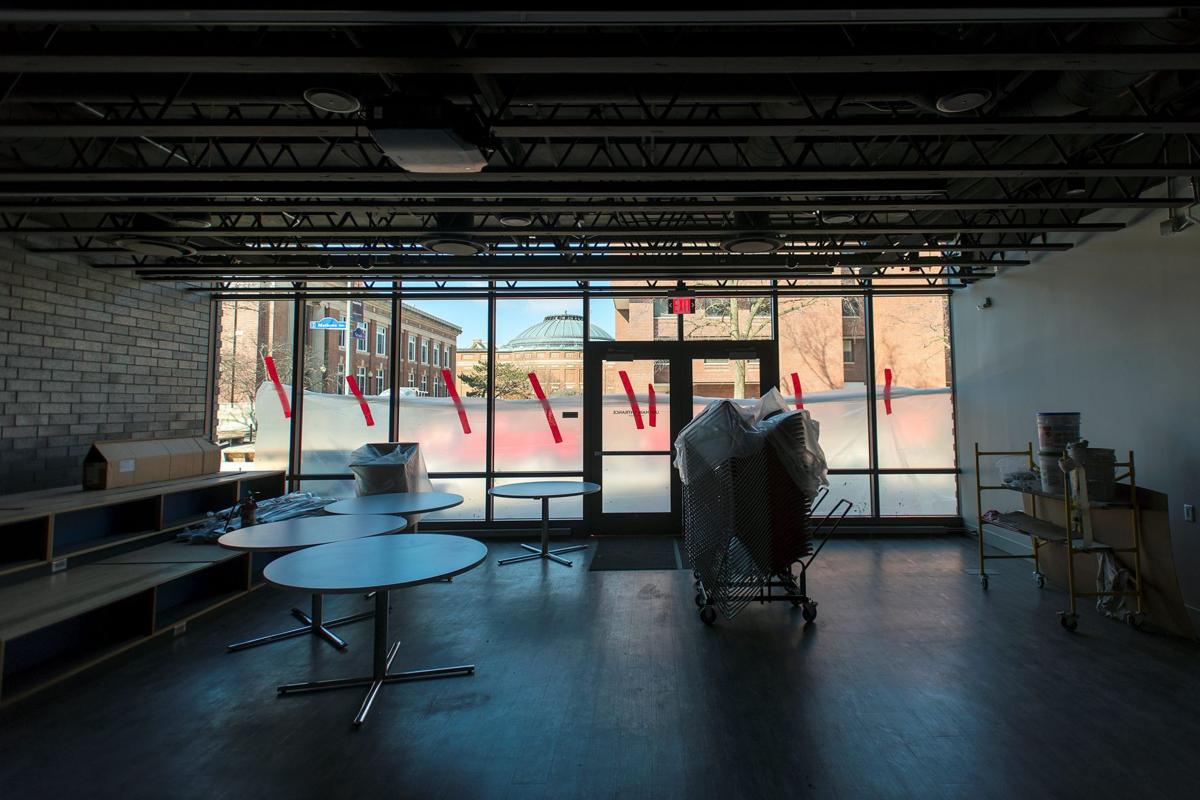 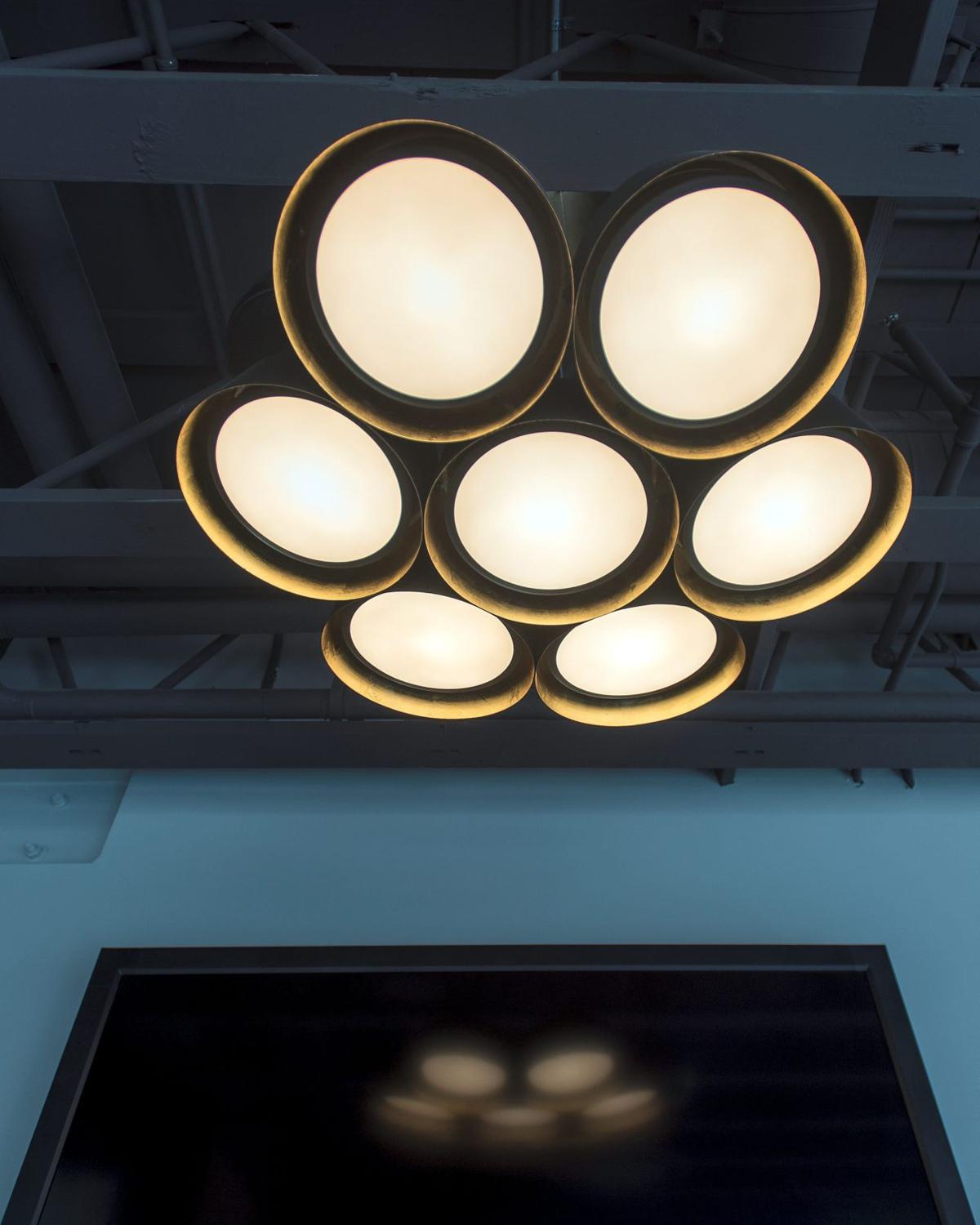 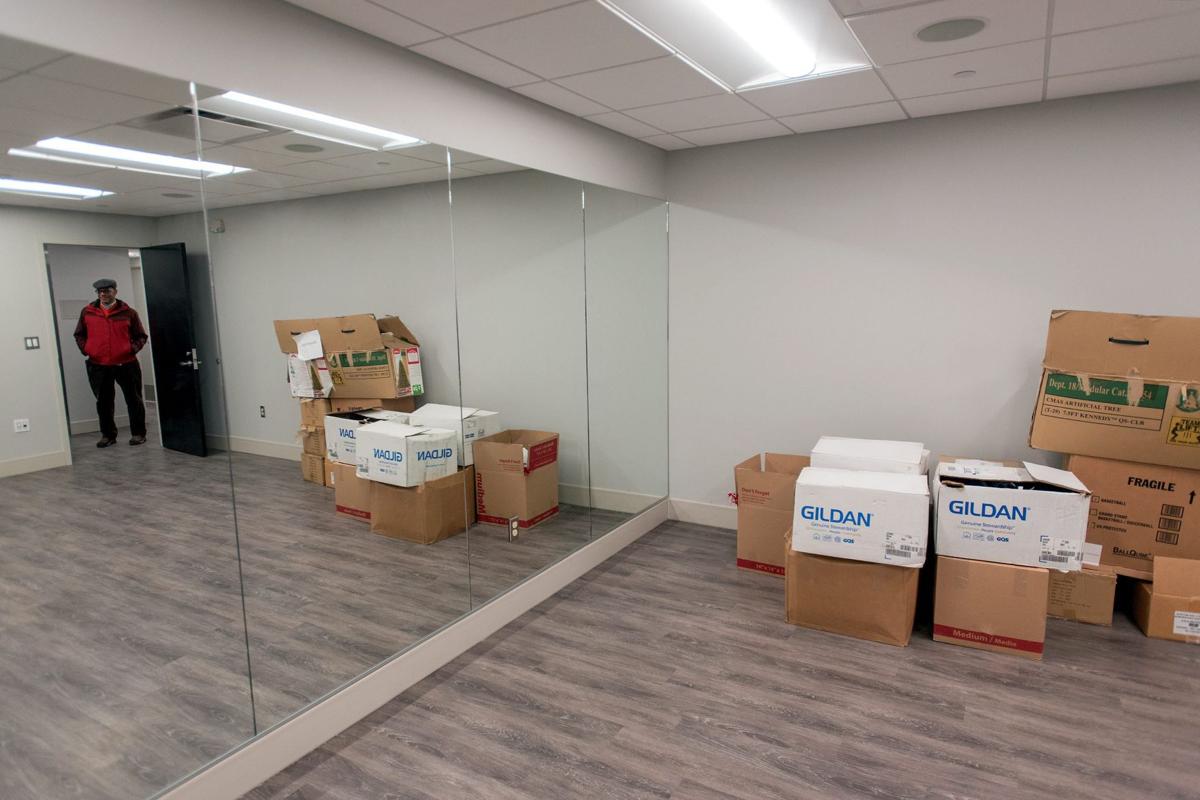 URBANA — Fifty years ago, in response to black students' demands for more support from the University of Illinois, the Afro-American Cultural Program opened its doors.

Five buildings later, the Bruce D. Nesbitt African American Cultural Center is finally moving into a permanent home near the UI Quad, a modern glass-and-brick structure designed to be a welcoming space for black students and to reach out to the broader campus.

Construction on the $5.9 million project at Mathews and Nevada streets in Urbana is nearly complete, with crews finishing up the sidewalks and other exterior concrete work this week.

The cultural center's staff is busy moving in and preparing to host the weekly "Food for the Soul" event in the new space Wednesday.

"It's almost like being a kid on Christmas who has a parent who says, 'You can't go down until daylight,'" Director Nathan Stephens said. "I'm just ready to move in and experience it and appreciate it."

The new 8,000-square-foot building replaces a deteriorating house on the same site that served as the cultural center's third home on campus.

Founded in 1969 and later named for its longtime director, the cultural center was initially located in two other houses on Nevada Street — including the one next door, now home to the Asian-American Studies Program and Cultural Center.

The house at Mathews and Nevada was closed in spring 2014 for safety reasons and demolished in 2017. Since then, the center has operated out of temporary quarters in a campus recreation building on Gregory Street in Champaign.

Being back in central campus, across the street from the Quad, will be "a huge, huge plus for us. It's a lot more convenient for students to just stop by, as opposed to having to get on a shuttle," Stephens said.

The design is contemporary, though it uses brick and limestone elements like older buildings on campus. Students, faculty, staff and alumni of the center didn't want the building to look too traditional, but it also had to blend with the overall design aesthetic near the Quad.

A wall of glass covers the west side along Mathews, meant to invite the public in to learn about the center's mission, according to principal architect Dina Griffin of Interactive Design Architects in Chicago.

Griffin said the building's prominent location inspired the decision to open up the building toward the south and west, facing the Quad.

"We knew we would get a lot of foot traffic going by the building," she said. "We wanted people to see what was going on inside."

Griffin, an African-American UI graduate, has said the Alma Mater was an inspiration for the design, welcoming students of all backgrounds to campus.

The south side, and main entrance, along Nevada Street is made up of two sections of brick — one dark gray to represent the strength the UI provides for its students, and one with varied colors of tan, brown and gray to reflect "the multi-toned hues" of African-Americans and other students on campus, according to Griffin.

"It's very definitive, it's very fitting for an African-American cultural center," Stephens said.

Unique elements like the offset brick, which provides a three-dimensional effect, are meant to draw people to the building as well, Griffin said.

The center is designed as a home for black students, but "we wanted to invite others in, to let people know that this is a place for everyone to enjoy and to be inclusive," Griffin said.

The first floor includes a lounge, large multipurpose room and activity spaces. The second floor is "more inwardly focused," Griffin said, with offices, study areas and a computer lab, to encourage quiet study and provide a haven for students.

The exterior doors open onto a light-filled lounge area with couches, two large flat-screen televisions and a shelving unit with cubbies to stash backpacks. A gray wood-look floor mimics the exterior colors, with exposed black ceilings above.

"We wanted to give it that 'home away from home' feel," Stephens said, a place where students could kick their feet up between classes.

Nearby is a full kitchen with a serving bar, lined with dark gray herringbone tile floor, stainless steel counters and cabinets.

The multipurpose room can be used for performances, presentations or classes, with a drop-down screen and whiteboard and stadium-style bench seating along the exterior walls.

Outside, that seating continues with a two-tiered wraparound limestone bench, providing the feel of a fluid indoor-outdoor gathering space.

"We all live in the Midwest, and winters can be awful. But we certainly enjoy our outdoors, and we wanted that continuity of sitting indoors and outdoors," Griffin said.

An open staircase leads to a second-floor sitting area and computer lab and another conference room that can be partitioned into two for meetings by student organizations or other groups. Staff offices have a picturesque view of Smith Hall, Foellinger Auditorium and the Foreign Language Building across Mathews. The area is carpeted in vivid colors that recall an African motif — black, yellow, red, green and blue.

The basement also features a dance studio with a mirrored wall and a small recording studio.

Stephens said the center plans a "soft opening" this spring and a grand re-opening in the fall to commemorate the center's 50th anniversary.

Construction was scheduled to be substantially completed by January, but harsh winter weather caused minor delays, said senior project manager Clarence Odom of UI Facilities and Services. Other than a water line that had to be rerouted, everything else went smoothly, he said. "It's a beautiful building."

The budget for the project was $5.9 million, but Odom said the final cost should be closer to $5.5 million. It was funded with a mix of donations, UI institutional funds and student fees supporting diversity programs and facilities.

A fundraising campaign targeting black alumni was launched in 2014. The center is selling bricks from the old building to raise money. Donors can buy one for $100, or pay $250 to get a brick and their name on a paver at the new center.

For Griffin, who holds a bachelor's degree in architecture from the UI, the project has been a labor of love. While she didn't spend a lot of time at the cultural center herself — "I was too busy in the architecture studio" — having the opportunity to design a building for the school where she learned her profession has been an honor, said Griffin, whose team also included project manager Melissa Clark and architect Jeff Parfitt.

Griffin learned they were chosen for the UI project at the same time the firm was selected as the local architect for the Obama Presidential Center in Chicago, which will be down the street from her high school.

"I was just in 'pinch me' mode for quite some time," she said.

The cultural center will celebrate today with a dedication of the contemporary building at the corner of Nevada Street and Mathews Avenue, which was completed last spring.