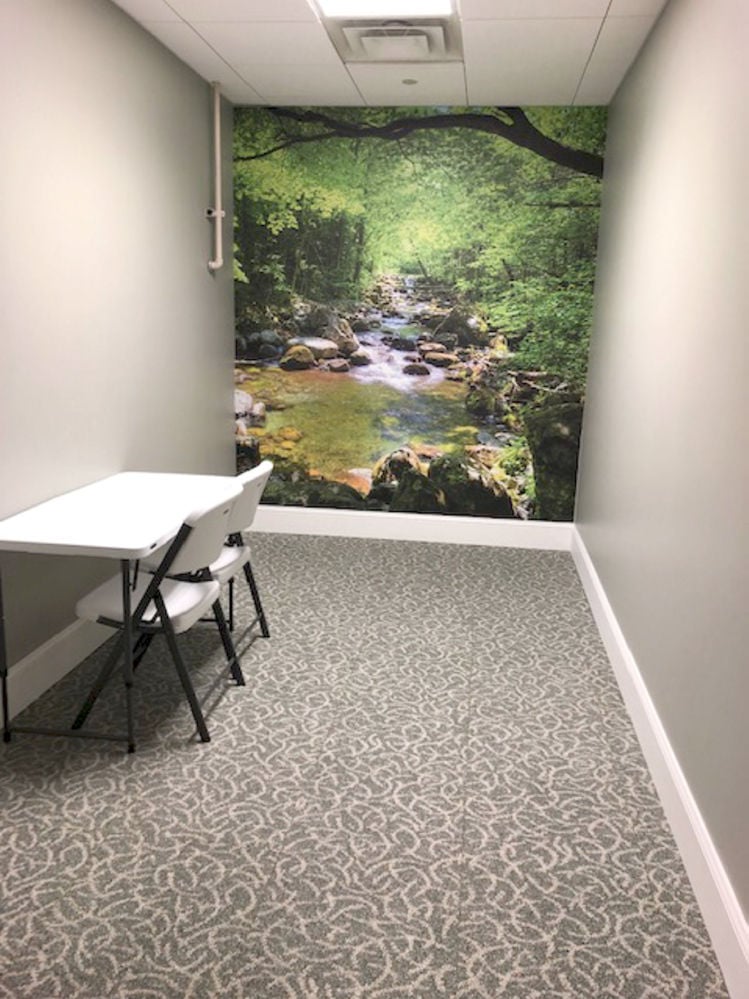 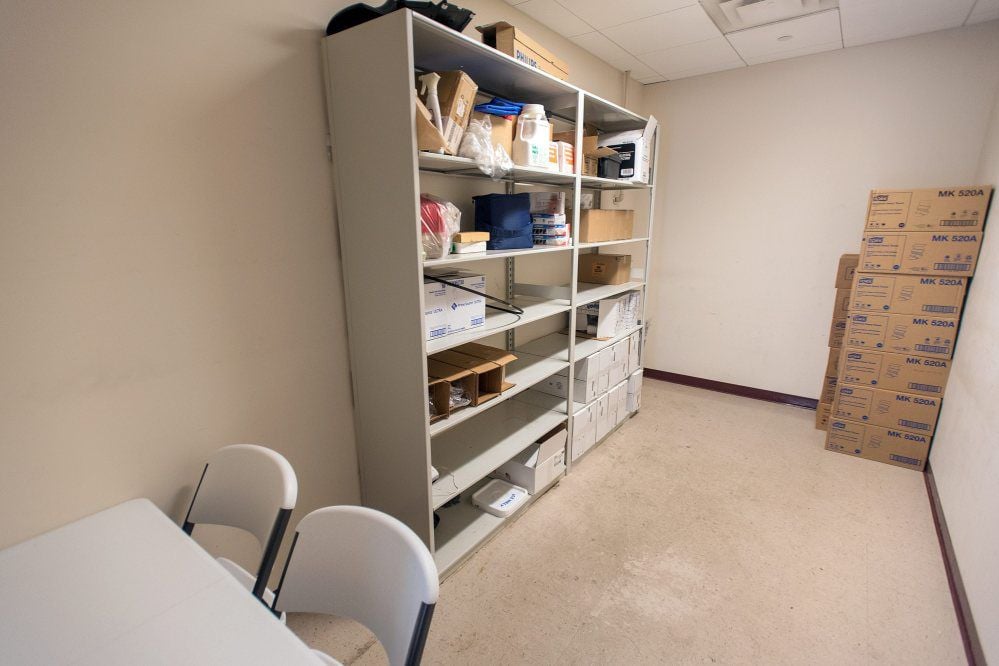 THEN: The lactation room at the Champaign County Courthouse is seen Wednesday, June 19, 2019, in Urbana.

URBANA — A month after what could be described as an epic fail to provide a suitable place for nursing mothers at the Champaign County courthouse, the county has corrected the situation nicely.

A humble storage closet that minimally met the requirements of a state law that all county courthouses have lactation rooms as of June 1, has been transformed into a lovely, quiet spot.

New paint, carpeting, baseboards and even a mural on one wall featuring a lush, tree-covered stream have replaced the shelves that previously held cleaning supplies and paper products and the bare concrete floor.

The paint is the same cool shade of green that has covered the rest of the public areas of the courthouse since its opening in 2002 and the new carpet was left over from another county project.

The improvements came following a June 20 News-Gazette Media story about the room, in which Facilities Director Dana Brenner said it was the best the county could do given limited available space in the courthouse, although he intended to make additional improvements.

Courthouse's new lactation room 'not pretty,' but it meets letter of new law

Contacted Wednesday, Brenner said County Executive Darlene Kloeppel “decided we needed to be a better job of presentation in there and asked us to clean out the paper supplies and paint the room and put some carpet in and make it look nice.”

Kloeppel said the room wasn’t really on her radar up to that point but using her background in architecture and design, she weighed in with elements that would be both pleasant and safe from a courthouse security standpoint, such as the mural.

“The furniture is spare because we don’t want people pulling off pieces and hitting people with them. We were just trying to problem solve the best way to do this. It’s a pretty large room. We were trying to make it more comfortable,” she said.

Both the paint and the carpet were already on hand in county surplus and the new mural and few other materials amounted to less than $100, he said.

Still to come, he said, is a toddler-size table and chairs for siblings that might have to accompany a mother to the courthouse, and a sign with a slide on it to indicate when the room is “in use.”

Kloeppel said there may also be a couple of pictures in Plexiglas frames that will be securely affixed to the walls.

A woman needing to use the room can ask any court security officer, who will unlock it for her. The door automatically locks and the lights go on and off by themselves.

“We had always intended to do more. We were mandated to have the room functional by the first of June and had a lot of things going on, including getting the HVAC systems ready for the (summer) heat. The room was available. It was stark,” he said.

Kloeppel conceded the room will probably rarely be used but said it’s there if the need exists.