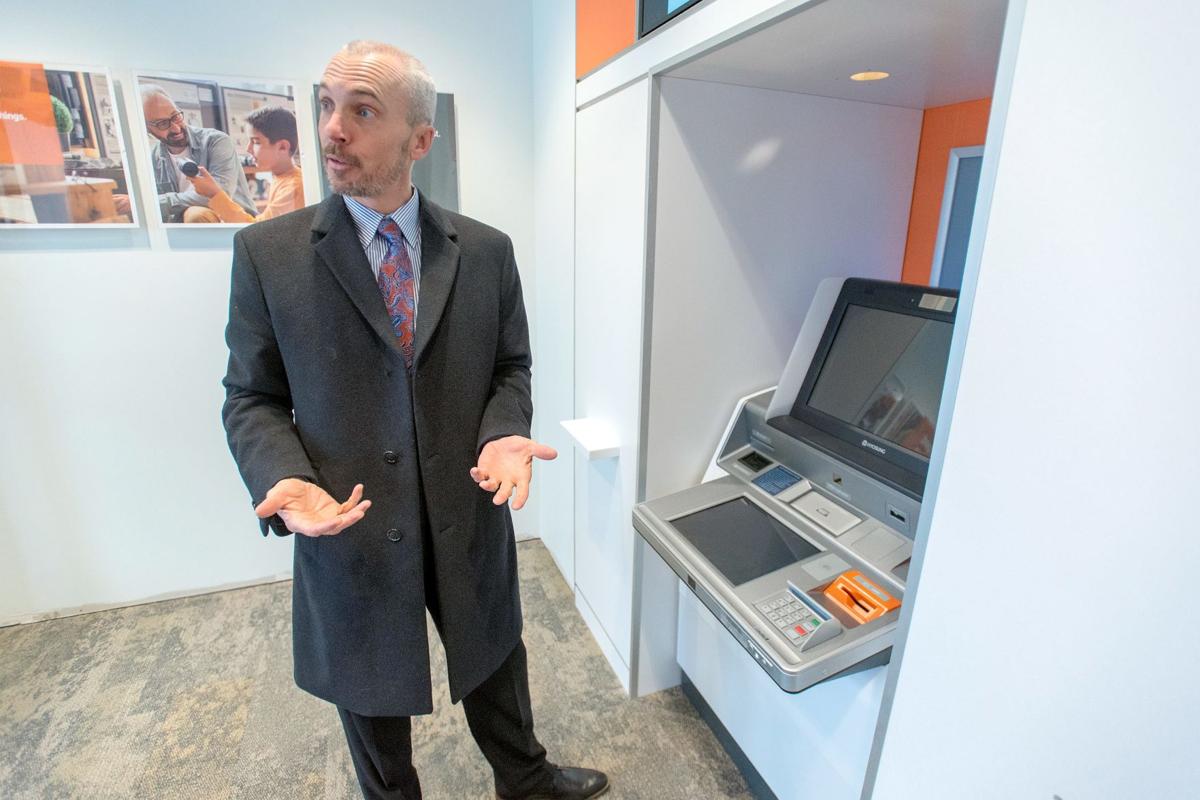 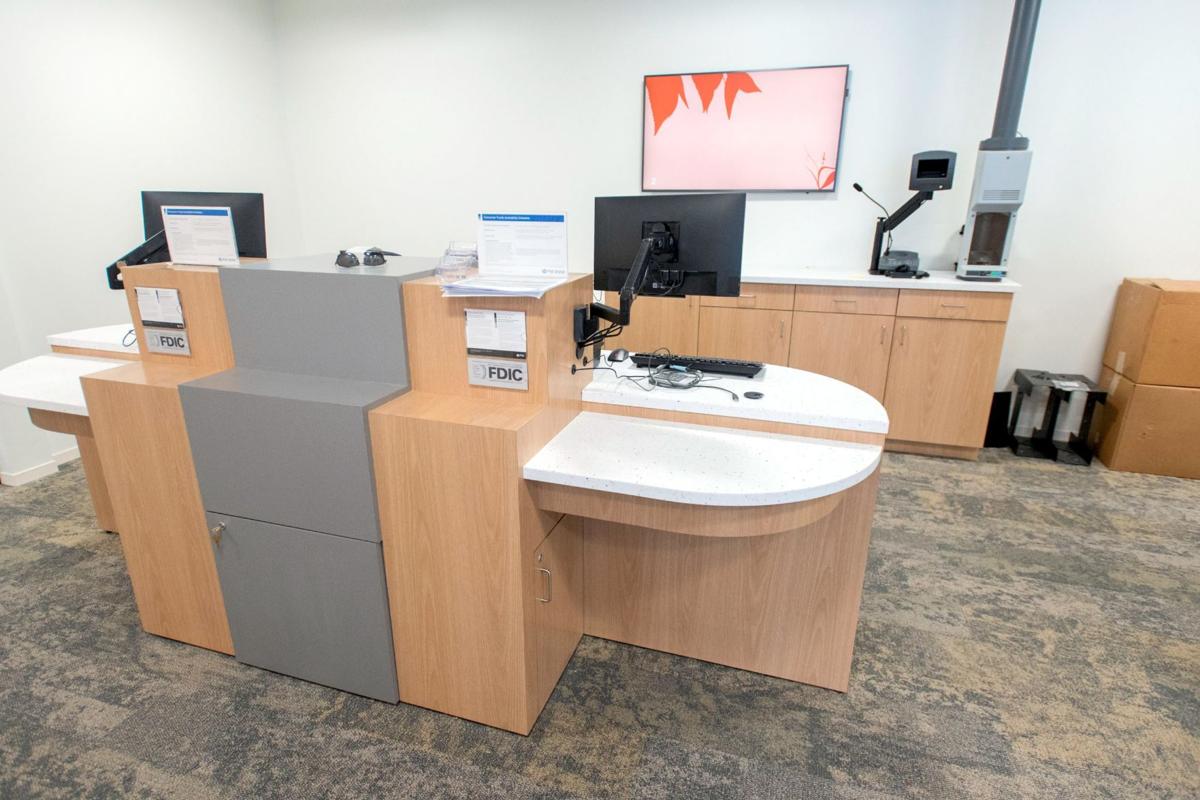 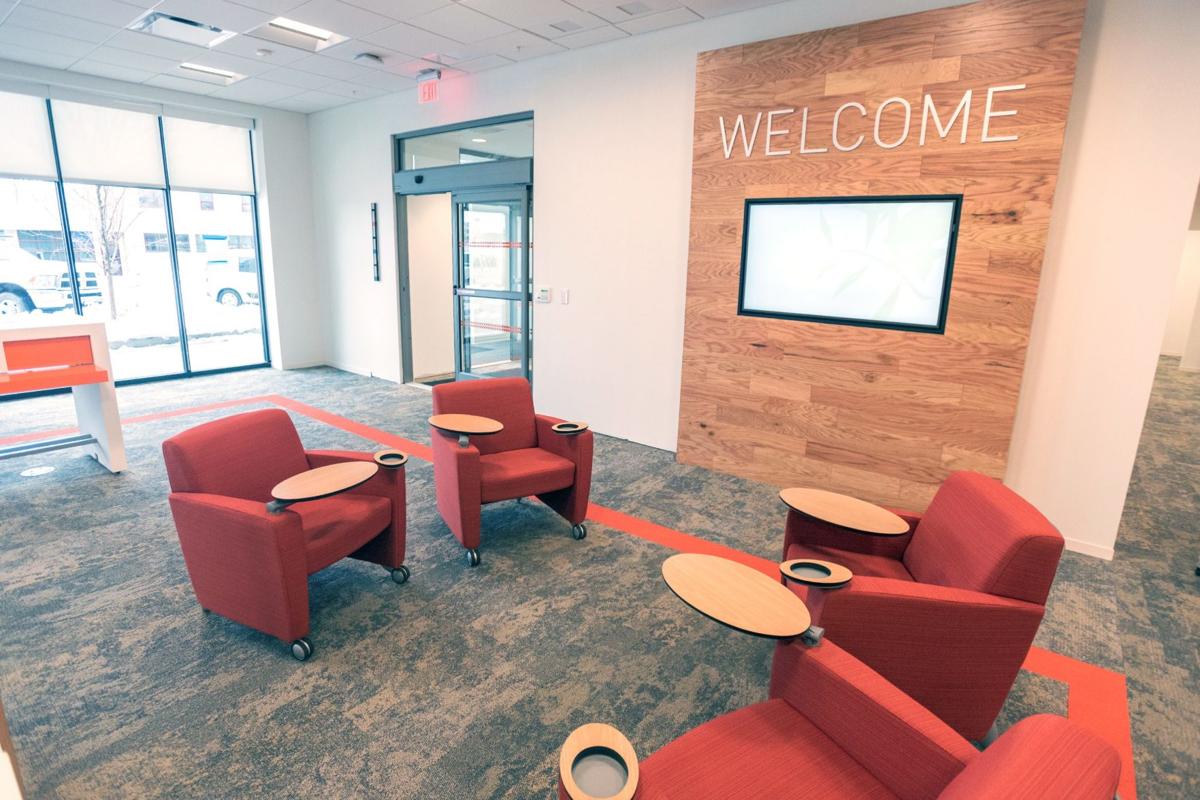 CHAMPAIGN — PNC is putting the final touches on its new bank branch at Midtown Plaza.

The downtown branch at 30 E. Main St. is closing Friday, and after everything's moved over, the new one at 302 S. First St. is scheduled to open Tuesday.

Regional President Brian Ray took The News-Gazette on a tour of the new branch, which looks a little different than the 110-year-old building it's leaving in the heart of downtown Champaign.

For the most part, the branch is being set up with all new equipment, so not much has to be moved over.

However, PNC has been in touch with customers who have safety-deposit boxes downtown, who will need to transfer the contents.

There were 400 boxes downtown, and it wasn't easy reaching everyone.

"Sometimes people haven't come in for years for their safety-deposit box. So we put in a lot of effort to make sure that we contacted every single customer that had a box," Ray said. "The boxes that are going to go here are temporarily now at the old location, so we had customers come in, take the contents from their box and put it into the new box."

The boxes will then be transported in secure vehicles to the new branch.

For people who weren't able to move the contents over, Ray said their safety-deposit boxes will be moved to a secure location until the contents can be transferred to the new boxes.

Unlike traditional safety-deposit boxes, which require keys from both a banker and the customer, Ray said the new "Express" boxes can be opened by just the customer and viewed in a secure room.

Besides the boxes, Ray said there's some office equipment and files that will need to be moved over.

But the branch has an all-new design to central Illinois that's geared toward how customers use banks today.

"Fifty percent of our customers don't come into the branch to do deposits," Ray said. "If you go back to 15 years ago, when I was a branch manager, that's all they did."

In the front entrance, there's a fancy ATM, which Ray called a "personal banking kiosk," that will be able to deposit and cash checks. (The downtown PNC ATMs are closing along with the branch.)

"This is an option that can probably do 80 percent of the transactions that you could possibly want," Ray said.

Past the ATM, a greeter will direct customers where to go, whether to a banker for help with loans or a 401(k), or to a teller.

And instead of a row of tellers, there are just two main teller stations with not much in the way of barriers between the customer and the teller.

"There's always security stuff, cash drawers, it's all locked up. I'm not worried about that," Ray said. But "you don't want there to be that physical barrier. You're there. I'm here. It sets a strange tone. This makes it a little more conversational."

He also said the new location will have the same number of bankers as the old location.

Ray said PNC, which has five branches in Champaign-Urbana including two on campus, chose to leave downtown because traffic to that branch was down, and it wanted to start fresh at a new location.

"We have campus covered, but we were getting a lot of feedback from people about being closer between campus and downtown," Ray said. And "we've got the ability to put in technology here without rewiring entire buildings."

She hasn't said shared her plans for the building and did not return a request for comment Tuesday.

The law firm Thomas, Mamer & Haughey uses three-and-a-half floors of the building, and managing partner Bruce Warren said its future there is still in "limbo."

"Janet is to get back to us this week with a counter to a proposal we made to her," he said in an email. "If we can't get this wrapped up, this week or next we'll be moving to a location in SW Champaign we've identified. Of course, we'd prefer to stay here in downtown."

At Midtown Plaza, the two-building development across from the Boneyard Creek retention ponds, PNC will be the first retail tenant to open.

"We're excited to have them open," developer Dan Hamelberg said.

He previously announced that the taco truck Fernando's would be opening a brick-and-mortar location there as well, but said Tuesday that it may instead move into another location Hamelberg bought at the northwest corner of Springfield Avenue and Locust Street.

Hamelberg said there's been plenty of interest in the retail spots available at Midtown Plaza, but nothing yet that he's able to announce.

The upper floors of the two buildings are apartments that opened up last fall and are fully leased, Hamelberg said.