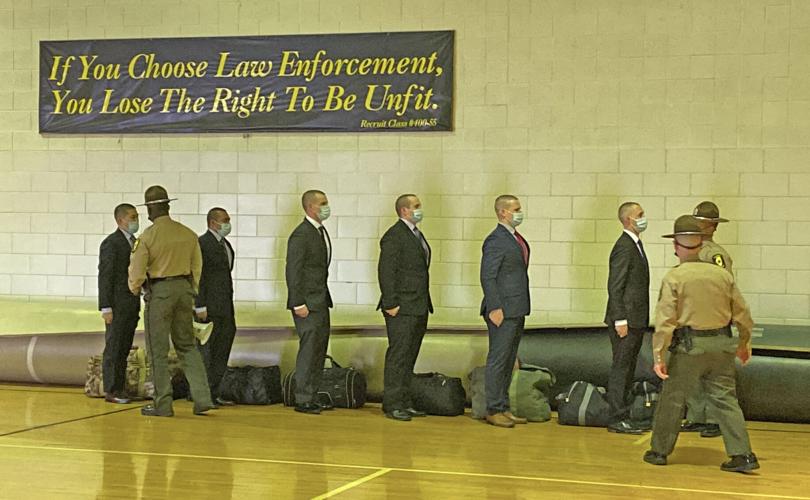 This photo with a fitting message ran alongside application details on the Illinois State Police’s recruitment Twitter page. 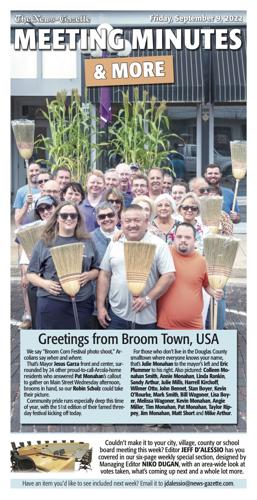 Wanted: A few (dozen) good men and women to join the ranks of the Illinois State Police. Laggards, loafers and lazybones need not apply.

Like with other law enforcement agencies across the Land of Lincoln, the agency requires candidates to pass a four-pronged fitness test before being considered for duty. It involves the same tests local officers-to-be go through on the Monday they arrive at the University of Illinois’ Police Training Institute.

Those who fail the first time get a second crack Thursday. Fail that one, too, and they’re removed from the academy, Director Michael Schlosser says.

A good 98 percent pass, Schlosser says, adding: “It’s been the same test for years, so they should know what to expect.”

Curious if you have what it takes? Here are the tests and the standards state police candidates must meet — with different benchmarks depending on age range and gender — when the next round of testing is held next month in Frankfort and Springfield.

"Inmates are more violent and the state is slow to accept inmates remanded to their custody because they are found unfit to stand trial. (That and other factors) makes for a very challenging environment in which to work and manage."

Per the agreement, any employer inquiring about Steve Fiscus' time at Tuscola may be given a copy of a letter by Superintendent Gary Alexander, which lauds the ex-principal's organizational skills and technology successes. “Steve amazes me with his ability to lead through his managerial skills," Alexander writes.

The deal calls for Farren’s to provide the Virginia with 25 percent of all net alcohol sales. The other bidder, Blue Dragonfly Catering, proposed 10 percent of all gross sales going to the theatre.

'I felt like I should step up': Alumna Steffens adds third job title at Tuscola

“There were so many sponsorships and coaches still needed at the start of school, and being an alumna from TCHS, I felt like I should step up. I also love the kids and hated to see them without programs.”

Superintendent Alicia Geddis: “There needed to be retraining. Some of my staff, if you once were in an elementary building and then you came to the high school, the portion sizes change and there was a disconnect with my staff to know that, ‘No, now you serve two chicken legs.’ They were still in that elementary mindset and still giving out one chicken leg.”

Urbana schools’ new Language of Inclusion Guide includes definitions for 309 diversity, equity and inclusion terms — from "Karen" to "rainbow washing" to "hepeating" (when a man repeats a woman’s comments to take them as his own to gain credit or praise for the idea).