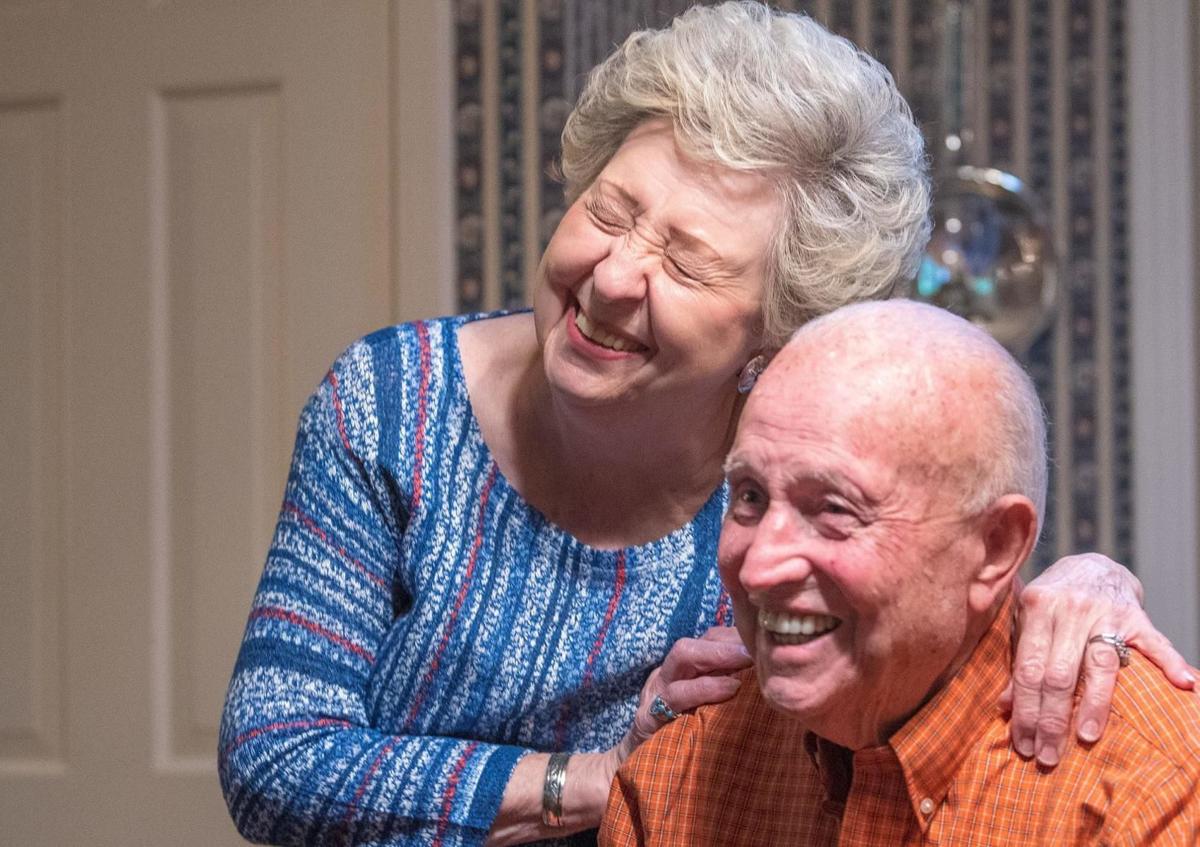 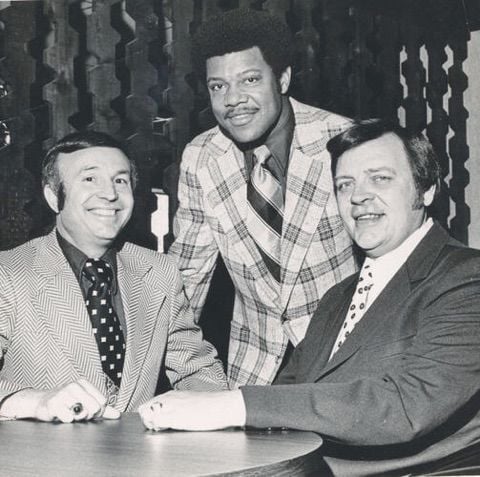 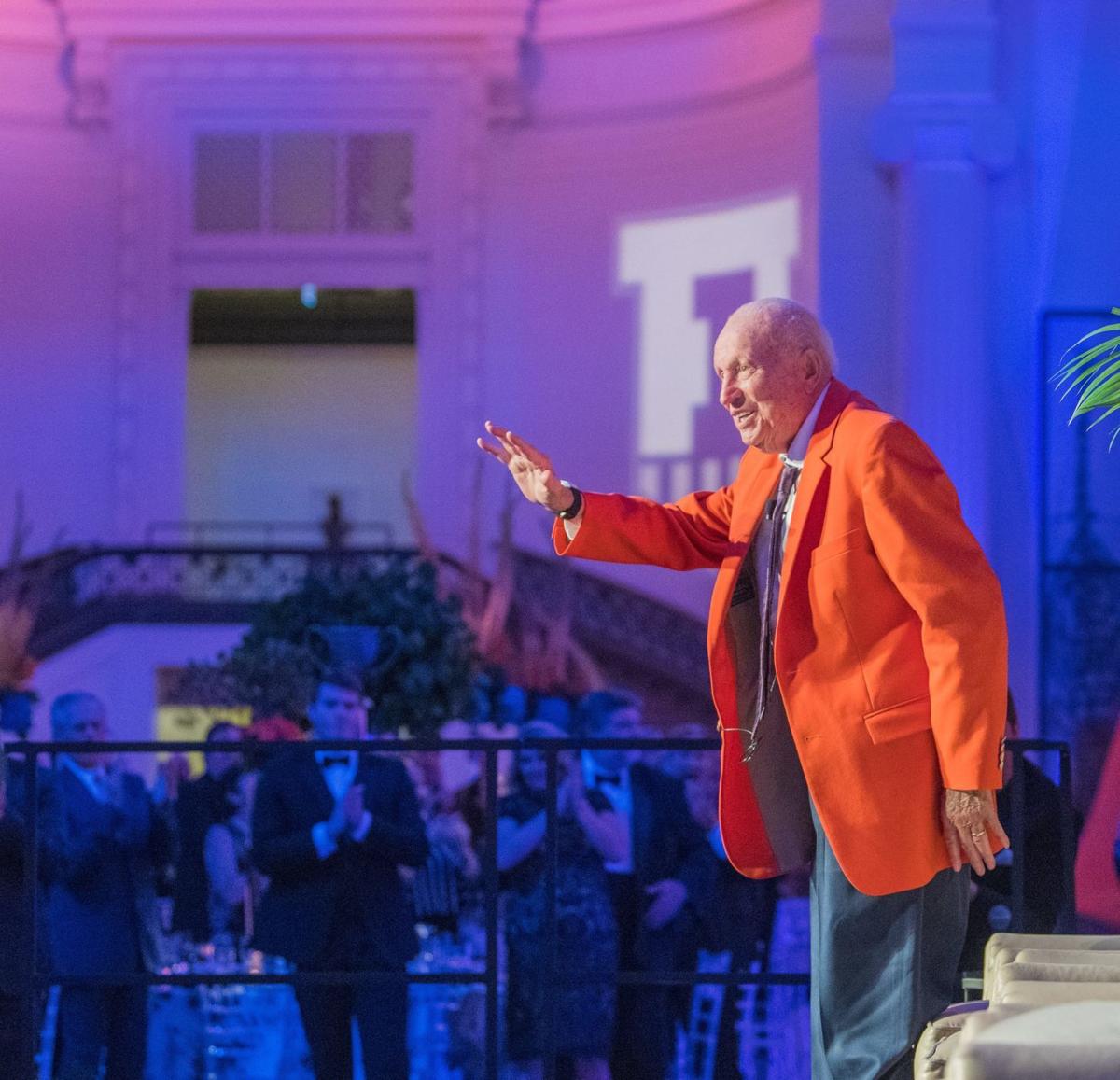 Lou Henson — shown here receiving a standing ovation at the Illinois Athletics Hall of Fame Gala at the Field Museum of Natural History in Chicago on June 15, 2018 — died Saturday at the age of 88. Henson, the program’s all-time winningest coach, was inducted into the athletic department’s Hall of Fame in 2018. 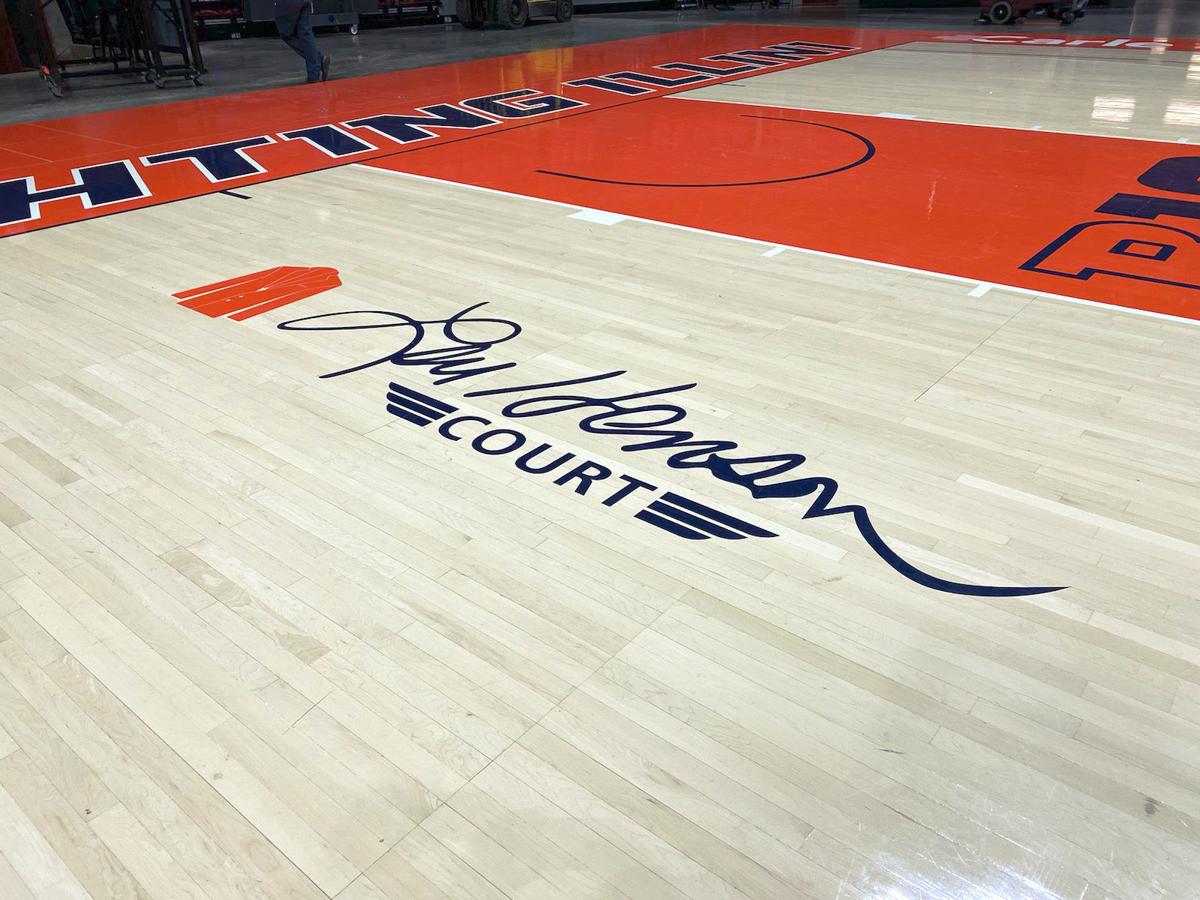 What made Lou so special? Email N-G VP/News Jim Rossow at jrossow@news-gazette.com and we'll pass on your thoughts to Mary Henson and family.

In a nation and a business consumed by irreverent language, he never swore.

But you must pardon multitudes of friends for emitting a sincere expletive — DAMN! — when they learned the revered basketball coach, Lou Henson, 88, had passed away Saturday and was buried (unannounced, family only) Wednesday morning at Roselawn Cemetery.

The family’s wish to keep his weekend death private was due in part to the coronavirus pandemic, which limits large gatherings for occasions such as funerals.

Photos through the years

Stories through the years

From the day Dr. Jeff Kyrouac diagnosed non-Hodgkin’s lymphoma (Stage 4) in 2003, the former Illini coach set rebounding records, not on the basketball court, but in life. With his powerhouse partner Mary Henson directing traffic, he battled back every time the light flickered … until the bulb simply faded out from years of stress.

Blessed with a particular skill in developing athletes, Henson was nevertheless the common man.

In a rare experience for college coaches, Henson shared residences in both communities where he coached — Champaign and Las Cruces, N.M.

Among his multitude of honors, the basketball courts will continue to carry his name at both the UI’s State Farm Center and New Mexico State’s Pan American Center, which was constructed during his first stint there.

Henson was buried next to his son, Lou Jr., on Fourth Street, across the street from the Dick Butkus statue and half a block from State Farm Center.

Henson coached a half-century, dating to 1955-56 at Las Cruces High School (where he won three state championships) and running into his second stop at New Mexico State before a serious collapse — medication for non-Hodgkins — led to viral encephalitis and forced his resignation during the 2004-05 season. He was in a coma for days with near-paralysis in his right leg, going from bedridden to a wheelchair, then to a walker, a cane and finally back to near-daily swimming, bridge and golf.

His immune system drastically diminished, Henson has battled with off-and-on health problems for 17 years. His popularity swelled evermore during this period, and many who had complained about an Illini basketball loss became a fast friend.

The National Collegiate Basketball Hall of Fame was just one of numerous honors. When he wasn’t selected on the initial Illini Hall of Fame in 2018, athletic director Josh Whitman drew cheers at the banquet in Chicago when he announced Henson would be the No. 1 choice of the second group.

Earlier this year, Henson was scheduled to attend the 50th anniversary celebration of his 1970 Final Four at NMSU, but canceled due to health concerns. He also led the Flyin’ Illini to the Final Four in 1989, concluding a decade in which his UI teams won 233 games and were seeded seven times among the top 16. The 1989 club lost in Seattle on a last-shot rebound to a Michigan team that the Illini had defeated 96-84 and 89-73 earlier.

Henson’s 779-win career would have been far greater if he hadn’t taken on such difficult challenges.

— Hardin-Simmons won just eight games in 1961-62 when Henson accepted the job with the agreement that the program could be integrated with African-American athletes for the first time. He produced two 20-6 teams among his four seasons there.

— New Mexico State won four games in 1965-66 in a disastrous season that saw coach Jim McGregor take the team on a road trip and not return. With freshmen ineligible, Henson patched together a team that shocked the basketball world by twice defeating Texas Western, the defending NCAA champions with three starters returning. After a 15-11 start, the Aggies went 23-5, 24-5 and 27-3 while running the streak vs. nearby Texas Western (now Texas-El Paso) to 10 in a row. The 25-mile highway from Las Cruces to El Paso has since been named after Henson.

— Illinois was 5-18 in Harv Schmidt’s last season and 8-18 in Gene Bartow’s only season. The program was in tatters when Henson, leaving his dual job as coach-AD, arrived in the summer of 1975. His initial salary was $30,000, matching what Oklahoma was offering. It took him six years before the Illini posted a winning record in Big Ten Conference play, that unit of Derek Harper, Perry Range, Derek Holcomb, Eddie Johnson and Mark Smith finishing 12-6. This kicked off a stirring run in the 1980s … before Iowa-instigated charges against assistant coach Jimmy Collins in the recruitment of Deon Thomas led to NCAA sanctions for “lack of institutional control.” Despite recruiting sanctions, the Illini finished either 11-7 or 10-8 for five straight seasons before falling to 7-11 in his final UI campaign in 1995-96.

— Henson was called on to help locate a coach at NMSU in 1997 when Neil McCarthy was fired. It was then that he accepted the “temporary job” as coach for $1 per month in 1997-98. The 18 victories that season were expunged from his record because of McCarthy’s violations. Henson’s teams won 20 or more games in four of the next five seasons.

Lou and Mary made deep impressions and are revered in both of their cities.

They became deeply involved with the Cunningham Children’s Home here, and the Boys and Girls Club in Las Cruces. A street is named after him here, and a highway in New Mexico. The nation’s mid-major Player of the Year bears the Henson name. They received the honorary Doctorate of Law degree at NMSU in 2005.

The UI Rebounders and the Orange Krush were formulated in the Henson living room.

If there was one disappointment, it was the failure to bring a national championship to the UI when “the ‘80s belonged to the Illini.”

Yes, Henson teams celebrated eight straight Christmas triumphs over Norm Stewart’s Missouri Tigers through 1990. Yes, the Illini were 137-25 at home in the ‘80s, including a 55-3 mark in early non-conference games.

But if the Illini excelled in that decade, the Big Ten was extraordinary.

In that span, no team had greater disappointments in NCAA play than Illinois, Henson’s teams bowing out of the NCAA tournament in some particularly memorable frustrations: 57-52 to Kansas State, 54-51 to Kentucky (ending the NCAA’s policy of allowing teams to play at home), 58-56 to Alabama, 68-67 to Austin Peay, 66-61 to Villanova and, in the 1989 Final Four, 83-81 to champion Michigan.

Illinois was at its peak with Henson’s Flying Illini when an NCAA investigation, highly debatable in its origin and handling, chilled recruiting and slowed the program, ultimately influencing Henson to step down in 1996.

Loren Tate writes for The News-Gazette. He first was introduced to Lou Henson in 1973.

All-time winningest coach in Illinois history passed away Saturday: 'He was a friend, a mentor, a second father. All of the above.'

There are so many parts of Coach’s life to admire, starting with his marriage to his wife, Mary.