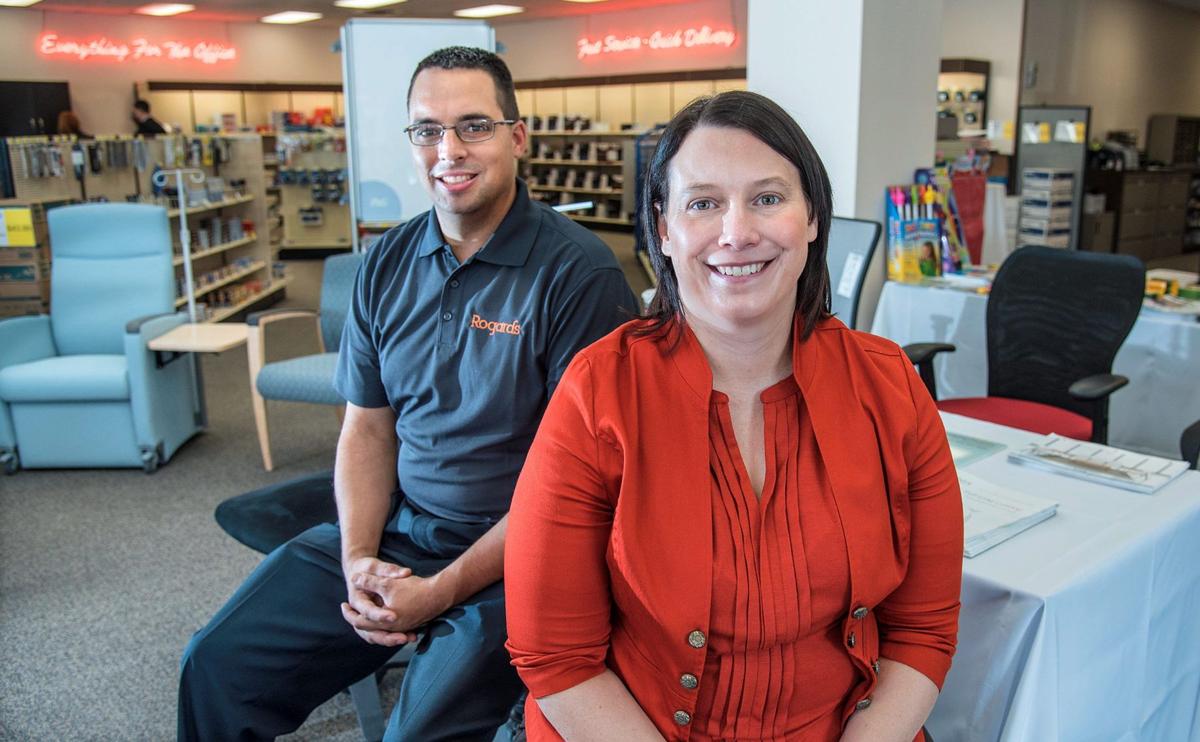 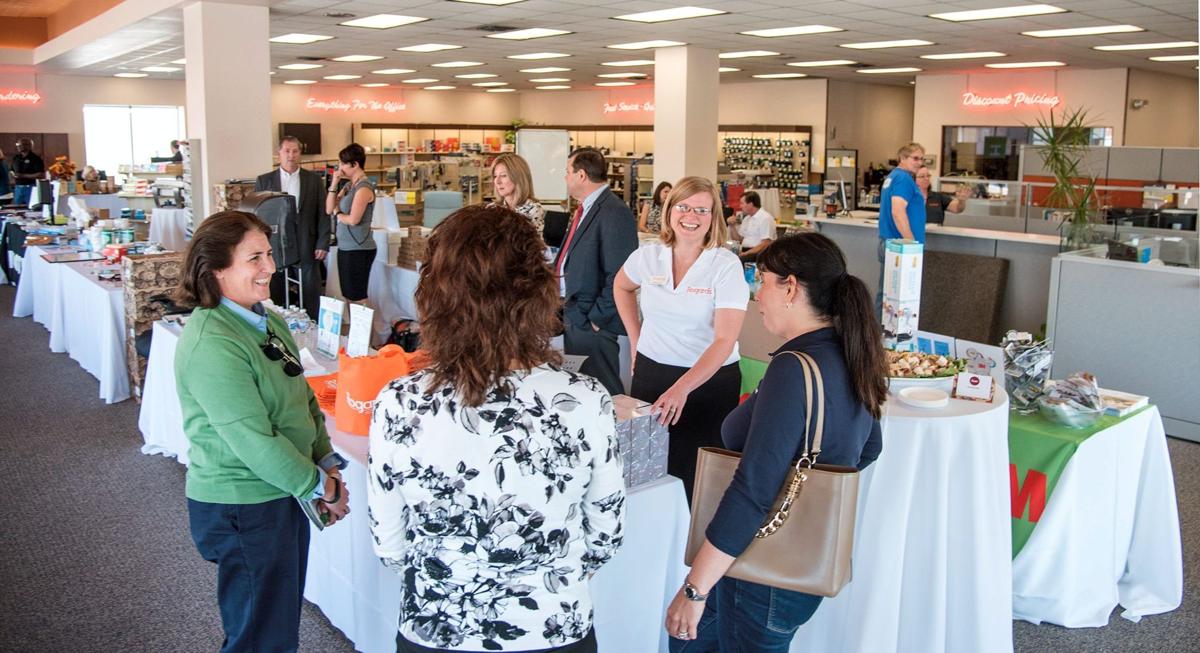 CHAMPAIGN — Four years after new owners took over Rogards Office Plus, the longtime Champaign business has a new, streamlined name — Rogards — and it's poised to receive a top honor from the Champaign County Chamber of Commerce.

Rogards, 214 S. Walnut St., is being named the Small Business of the Year today at the chamber's annual meeting, taking place at the Hilton Garden Inn.

Rogards was selected from eight nominees, according to chamber President and CEO Laura Weis. The award goes to an outstanding small business that makes a significant contribution to the local community and economy. To be considered, a business must be at least three years old, have a solid track record of growth and demonstrate integrity and community involvement.

Rogards, which has its genesis in a business called Twin City Printing that dates back to 1906, is a provider of office supplies and furniture, janitorial supplies, coffee and break room supplies, promotional products and custom printing.

The owners, Tonya Horn and Chad and Catherine Hoffman, bought the business in 2011 from Horn's father, Terry Poindexter, and Jim Beyer. Horn is the president, Chad Hoffman is the CEO, and his wife is the operations manager.

Since taking over, the new owners say they've focused on diversifying, growth and reinvestment, and it's been paying off. Sales have grown about 9 percent a year and are on track to increase 10 percent this year.

Rogards does about 65 percent of its business in office supplies and 25 percent in furniture sales. But the business is also seeing strong growth in its janitorial supplies (a division that includes both cleaning supplies and coffee/break room supplies) and printing and promotional items, such as special event and golf outing T-shirts, pens and supplies such as deposit slips for banks, Horn and Hoffman said.

Rogards had dabbled in janitorial supplies before but has focused more on this line for customers' convenience, Horn said. If their customers are already getting paper delivered, why not also deliver their paper towels along with it, she said.

To add coffee service for its customers, Rogards went into partnership with the local Columbia Street Roastery.

The greatest number of Rogards' customers are financial institutions — among them: Central Illinois Bank, the University of Illinois Credit Union and First Federal — but the health care industry generates the most business in terms of dollars, the owners said. In the past three years, Rogards has also expanded to enter the educational market.

"We can do everything the big chains can do, but we can add customer service. We can add flexibility," Horn said.

Growth has also allowed Rogards to reinvest in the community, the owners said.

Since 2013, Rogards has invited nonprofit organizations once a year to a "Community Day" to help themselves to usable products that aren't in good enough condition to sell, with a collection of products already being set aside in the warehouse for the next event.

Last year, Rogards also started its "Community Plus" program, allowing each employee to use four paid hours each quarter to do volunteer work for a local nonprofit organization. The business has also launched a backpack program, providing filled backpacks for at-risk school kids, and has been involved in United Way of Champaign County's Stuff the Bus and Pack the Park campaigns.

The new, shorter name launched Thursday as part of a rebranding drops the "Office Plus" part of the Rogards name and adds a new tag line, "Your Workday Connection" that won't appear on the sign, the owners said.

The Rogards of today is much more than office supplies, Chad Hoffman said, and the "Office Plus" part of the name was too limiting.

The new name speaks more to Rogards' entire product line and all its offerings, he said.

What's next for this business? There is a lot of consolidation underway in the janitorial and printing industry, and he and his wife and Horn have their eye on potential future acquisitions.

"We think there's some opportunities out there," he said.

Full-time employees, plus four to five part-timers on staff.

Profits the business has donated to charity each of the past two years.

Square footage it has at its two connected buildings in downtown Champaign.