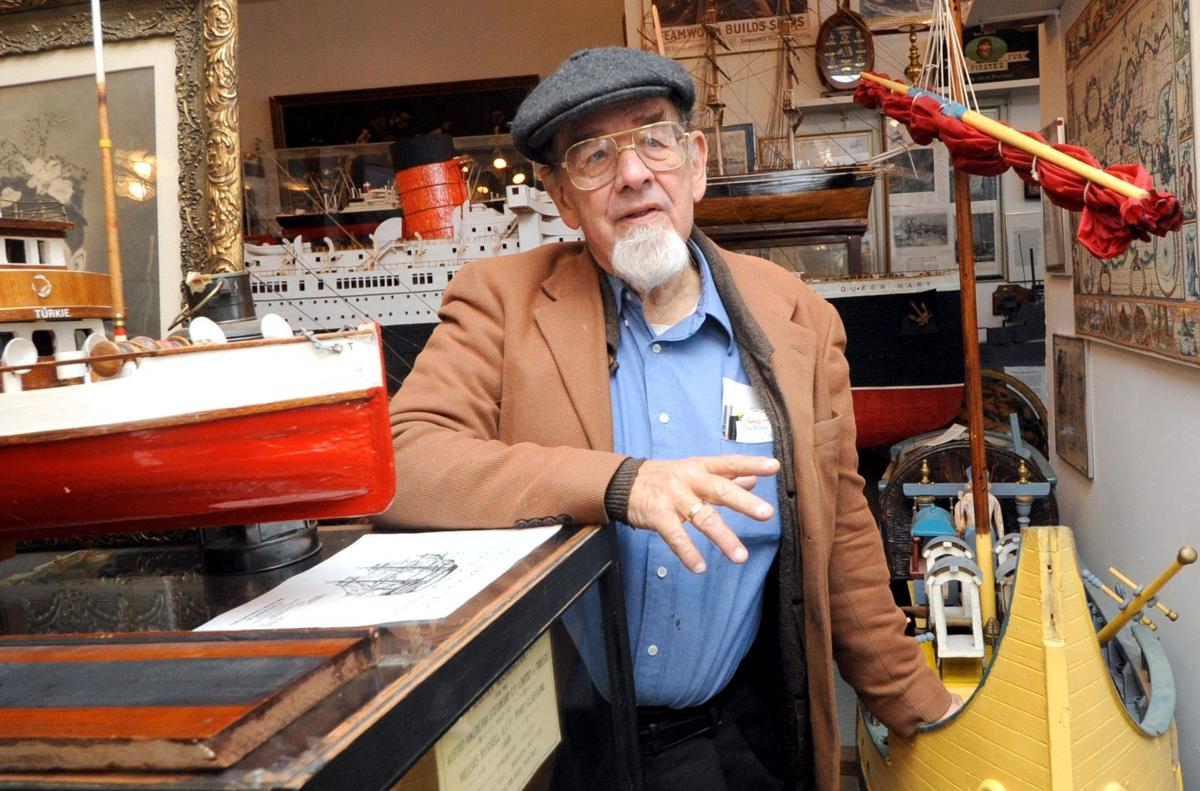 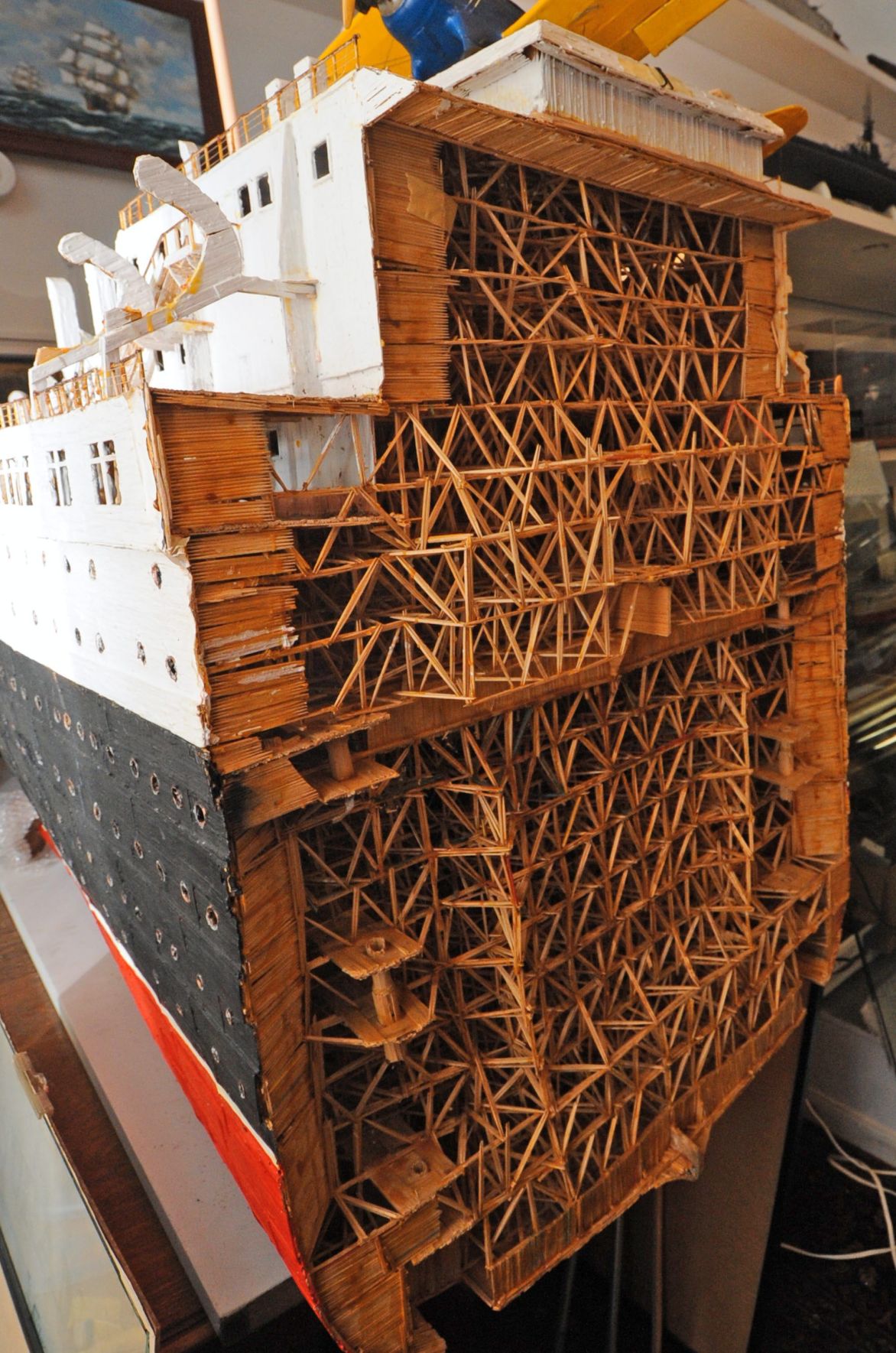 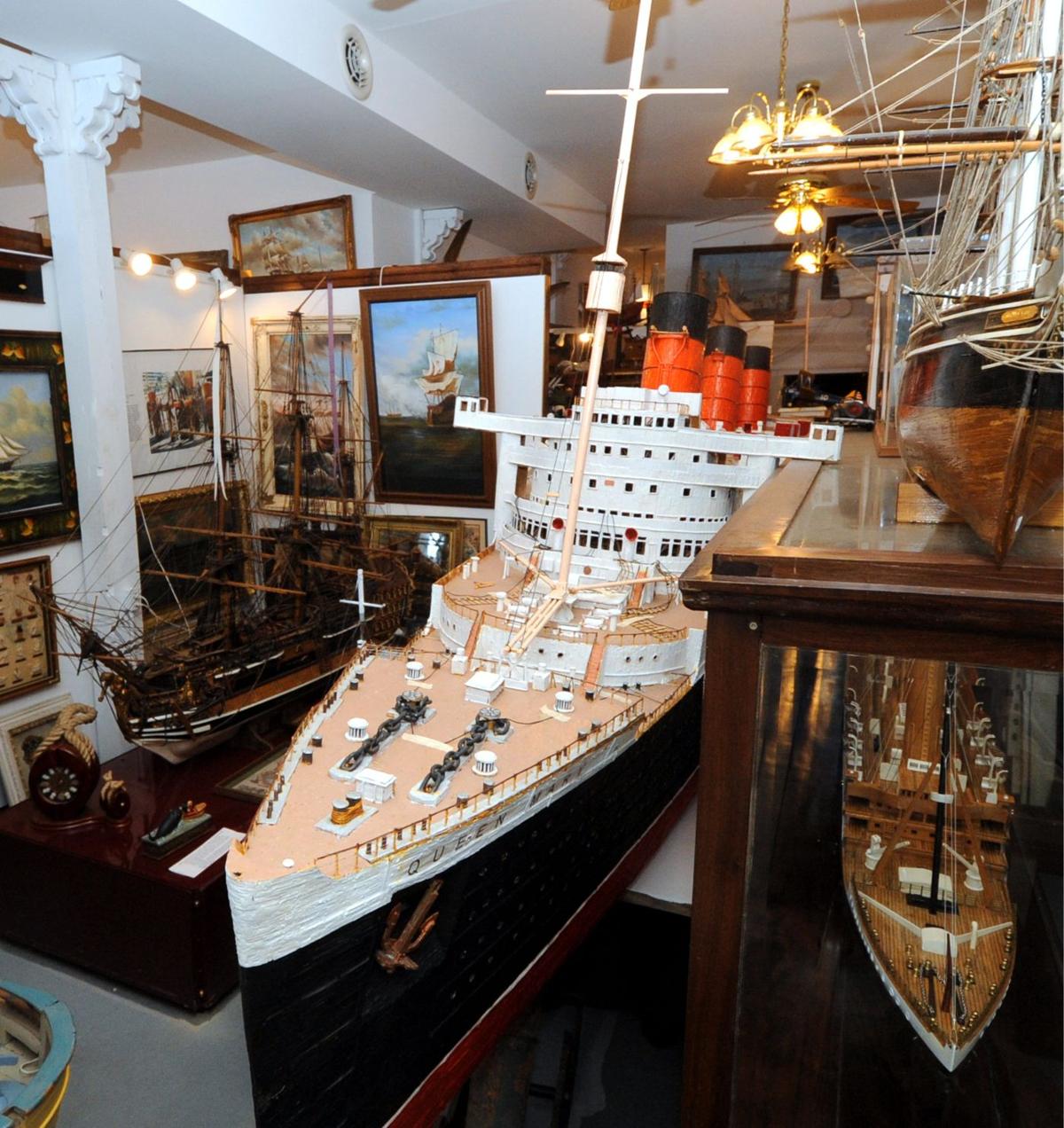 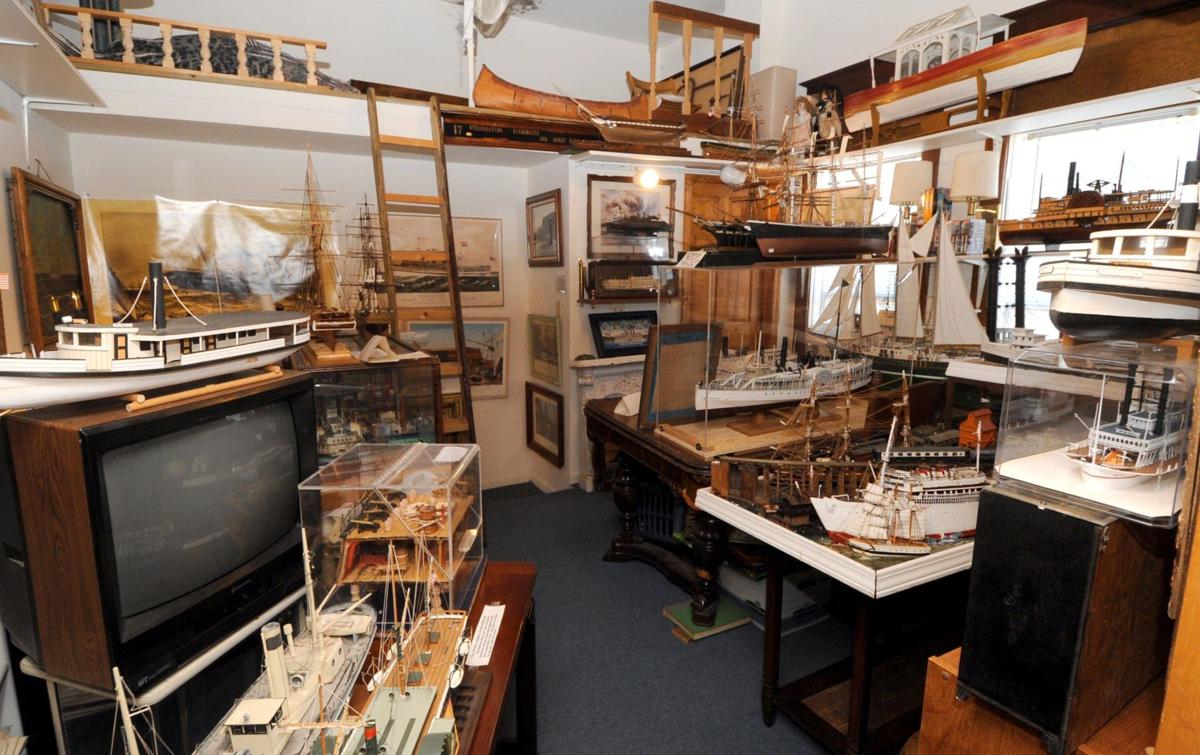 Charles Lozar grew up in a landlocked Chicago suburb and lives in Champaign, far from any sea, ocean or sizeable lake.

But he's a compendium of knowledge about maritime history. In fact, he's devoted to and obsessed with it.

You can see that as soon as you enter his National Museum of Ship Models and Sea History in Sadorus, 15 miles south of Champaign-Urbana.

An architect, Lozar, now 70, began collecting ship models when he was 12. After his collection outgrew his home, garage and yard he opened the museum in 2001 in an 1878 building in tiny Sadorus, where the nearest entry to the sea is some 750 miles away.

Home to 400 models — nearly double the number of what Lozar had six years ago — and various other objects, among them nautical paintings and posters, Lozar's nonprofit museum is dedicated to the critical role ships have played in history as well as the model builders. The latter makes it unique, he said.

"What's really interesting is that ships really represent man's history," he said last week at his museum. "Once you got to the water you wanted to explore. That's how civilization spread."

And he'll tell you famed explorer Christopher Columbus was not the first to "discover" America. The Chinese did, in 1421. He has a book on that subject; it's among 200 or so volumes, some rare, at the museum.

As for Chinese ships, Lozar's museum has a model of one from the Chinese emperor's fleet. There's also a 100-year-old coconut-fiber coat worn by boatmen on China's mighty Yangtze River, the longest river in Asia.

"From Egyptian barges and Greek warships to modern submarines, if it floats, there is almost certainly a beautiful scale replica on display here," Lozar wrote at his museum website. "The delicate models are arranged in groups reflecting periods of history, from the earliest Viking sailing ships to the classic liners of the early part of the last century."

The groupings are somewhat hard to discern, though, because the two-story building, once a general store, is packed to its gills. An obese person would find it hard if not impossible to navigate the narrow aisles.

One thing that's hard to miss, though, is the 27-foot-long red-and-white model of the famed liner Queen Mary.

Wayne Kusy, who bills himself as a Chicago outsider artist, built it in three sections, using 1 million toothpicks (and 8 gallons of glue).

"People say, 'Oh, my God,' when they get to the midsection" where the toothpicks are visible, Lozar said. "The standing joke is that no sushi restaurant in Chicago had toothpicks for six years" while Kusy was building the model.

Among other models are a dozen or so that were used in Hollywood movies, among them a 16-foot model of the oil tanker from "Tora! Tora! Tora!"; the riverboat from "Porgy and Bess"; and the tugboat from "Tugboat Annie," starring Ronald Reagan and his first wife, Jane Wyman.

And what about the Titanic, probably the most famous ship (and movie) in history?

Lozar has a 10-foot display model of the Titanic, but it was not used for a movie. It had been on display in the room where the actors prepped before going on set for what would become the 1997 blockbuster "Titanic."

An architect, Lozar takes a broad view of maritime history, so you're likely to find objects in his museum you might think are not related to ships or the high seas.

Like butterfly collections. And a nearly century-old wedding dress from North India with coins sewn onto its bodice. And a blue, green and white beaded headdress from Africa.

Lozar said naturalists traveled by ship to South Pacific islands to gather butterflies. Early explorers, of course, traveled by sea to India for the spice trade, and to Africa, bringing back artifacts.

The museum also has a crammed combo gift shop/workshop in back, with ship model kits as well as remote-controlled ships and boats, plus toys — his, Lozar jokes.

Building model ships is a dying art, however, because it's tedious; it generally takes a year or two to finish a model, Lozar said.

"We're in an age of instant electronic gratification," he said.

So far, visitors to the museum include the chief security diver for the Mel Fisher expedition to recover treasures from the shipwrecked Atocha and the World War II captain of Eagle, a Navy training vessel.

And sometimes people who are driving to Florida from Minnesota or other states stop by. (Lozar likes to joke that the danger of drowning at his museum is nil.)

The National Museum of Ship Models and Sea History is closed for the winter, but Lozar is willing to open it by appointment to anyone who wants to visit — whether they are sailing the amber waves of grain or not.

What: National Museum of Ship Models and Sea History, a nonprofit, private museum founded and operated by Charles Lozar of Champaign

When: Open generally from 11 a.m. to 4:30 p.m. Saturdays from April 1 to Nov. 30; also by appointment (including through the winter holidays)