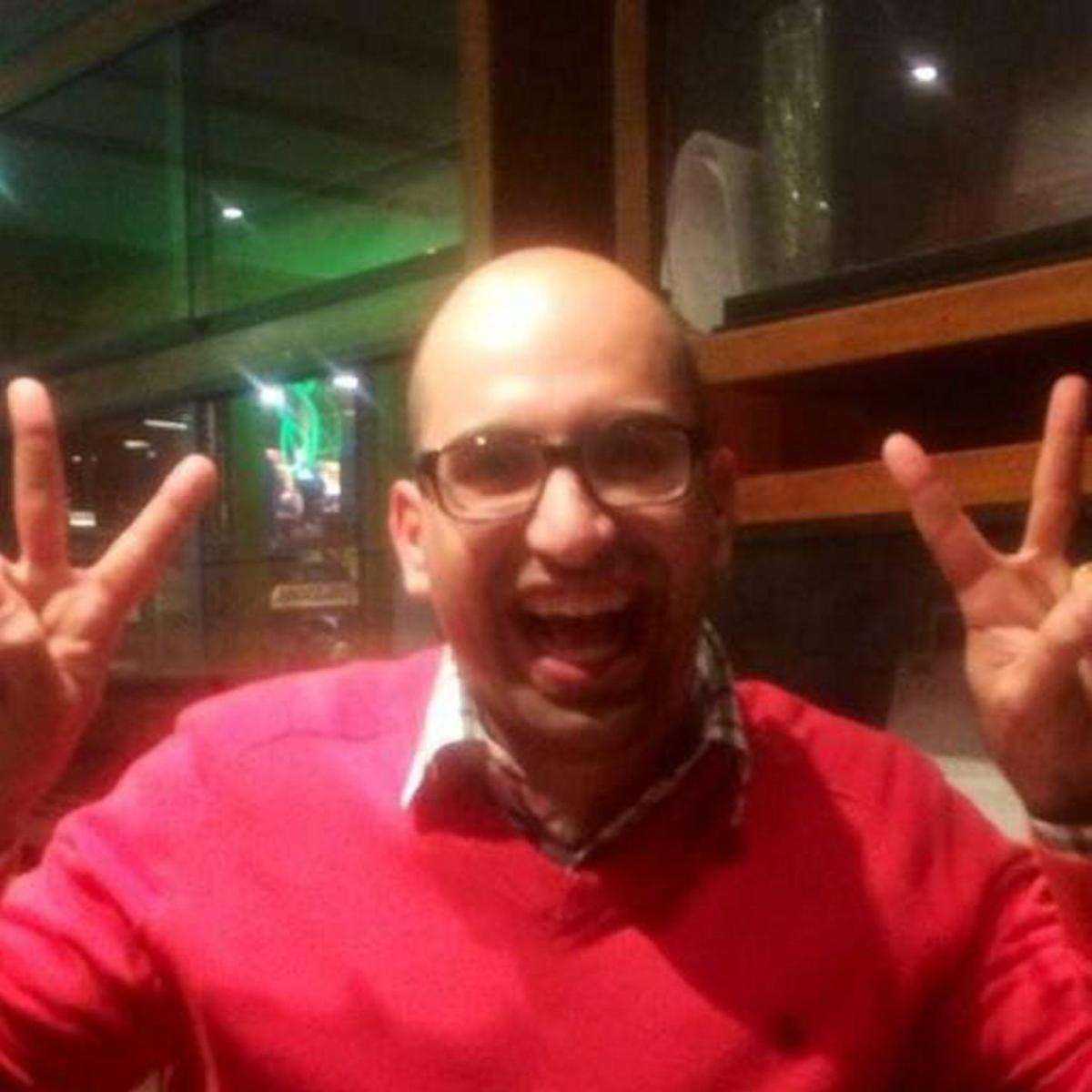 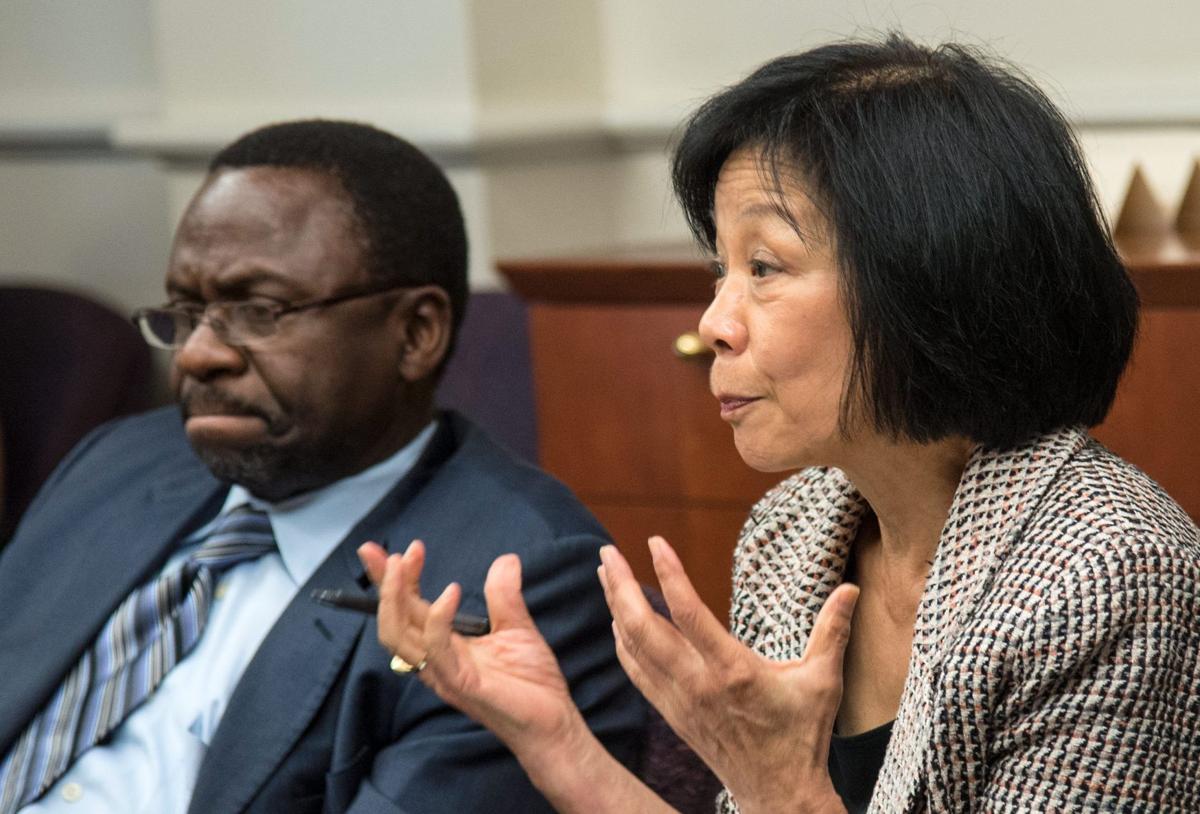 URBANA — As news spread in late July about a new University of Illinois faculty hire and media outlets began publishing some of his profanity-laden tweets, a number of wealthy donors threatened to stop giving money to the university, recently released documents show.

The letters about professor Steven Salaita started arriving in Chancellor Phyllis Wise's inbox July 21, and the writers did not hold back.

"Having been a multiple 6 figure donor to Illinois over the years, I know our support is ending as we vehemently disagree with the approach this individual espouses," wrote one UI business school graduate.

"I have consistently believed that our flagship state university is a treasure that deserves our continued support and contributions. No more. We will now cease our annual contributions to the university and will let our fellow alumni know why we are doing so," wrote another graduate.

Here are exchanges (an 8MB, 280 page pdf) about Salaita, released by the UI under the Illinois Freedom of Information Act.

The writers included university alumni, donors, students, parents of students and members of the Champaign-Urbana Jewish community. Most were furious to learn that Salaita was to teach classes this fall on the Urbana-Champaign campus. More than one said they would stop financially supporting the university.

The letters provide a glimpse at the pushback the university received from various constituents about Salaita, whose angry tweets about Israel's invasion of the Gaza Strip have drawn widespread attention. The letters from donors, some of them identifying themselves as members of the UI's $25,000-plus "presidents council," have also raised questions about the motivation behind the administration's decision to not forward Salaita's name to the board of trustees for formal approval last month.

The chancellor, however, through a spokeswoman, maintains her decision was not influenced by them, but was based out of concern for the students, campus and community.

The names of those who sent the messages, as well as other personally identifiable information, were removed by the UI, citing privacy reasons.

In one letter, a 1984 graduate whose daughter currently attends the UI said she was appalled the university would consider hiring Salaita, "an individual who has published offensive anti-Semetic (sic) rhetoric, including blaming 'Zionists' for being 'partially responsible when people say antisemetic (sic) (expletive) in response to Israeli terror,'" she wrote, referring to one of Salaita's tweets.

"I have been an enthusiastic advocate for the university since my student days and have been an active proponent of increased alumni support in this time of decreased state funding. ... I have consistently believed that our flagship state university is a treasure that deserves our continued support and contributions. No more. We will now cease our annual contributions to the university and will let our fellow alumni know why we are doing so. We will encourage others to join us in this protest, as perhaps financial consequences will sway you even though morals, common sense and decency did not," the letter read.

In another letter, a 1977 UI business graduate describes his or her financial support to the Business Instructional Facility and the Hillel building on campus as well as time spent visiting campus to deliver lectures.

"Based on the hiring of Mr. Salaita, I have decided to reconsider any future commitment of time and money to the University of Illinois. I have tremendous respect for (College of Business) Dean (Larry) DeBrock, Tim Durst and the Business School development office, and I am deeply conflicted by my decision to reconsider any support for the Business School. However, as a Jew and lover of Israel, I see no other way to make my voice heard then to take this action," the alumnus wrote.

Another alumnus, who graduated alongside his wife from the business school in 1980, detailed their contributions over the years and said that support would end.

"This is doubly unfortunate for the school as we have been blessed in our careers and have accumulated quite a balance sheet over my 35 year career," he wrote.

An alumnus and father of a current UI student wrote the following:

"While I respect the right of alternative viewpoints to many topics, there is a line that should not be crossed in arguing one's position. Frankly, the posts and rhetoric by your new hire has deeply gone way past the point of no return. I respectfully request that you review all of the information available to determine the validity and make a formal statement as to what your current position is on this potential new employee. Once I see/hear your viewpoint, I will make a determination about future donations and whether to keep my son enrolled."

Many of the messages were simply forwarded to Board Secretary Susan Kies. However, with one writer, Wise was willing to rework her schedule in order to meet with him or her in Chicago. That person wrote to her to share his or her thoughts regarding the Salaita case and to get Wise's perspective.

As part of a letter-writing campaign, several members of the Champaign-Urbana Jewish community sent letters to Wise the week of July 30.

Rabbi Alan Cook with Sinai Temple said he has been following the case, but would not make any public comments to The News-Gazette about it. Erez Cohen, director of Illini Hillel and the Cohen Center for Jewish Life, also did not want to speak publicly about Salaita.

"Hillel is partner of the university when comes to developing a vibrant Jewish life on campus, and we don't comment on internal administrative decisions at the university," Cohen said.

Never, under any circumstances, should the university — or any university, for that matter — allow a donor to have any say whatsoever over the nature of a hire or the philosophical or political viewpoints of a hire, said Bruce Rosenstock, UI religion professor and president of the Campus Faculty Association.

"If any donor told a faculty member in the Jewish Studies program that they will give money but they want veto power over who is hired, we would reject the money no matter how large a sum it is," he said. "I would hope that any university administrator would tell a donor who wishes to influence the university about a hiring decision it has made that it is inappropriate for that individual to attempt to influence in anyway whatever."

As for the emails sent, Rosenstock said he wishes Wise had responded to them all with something like, "It's inappropriate for donors to have any influence on hiring and dismissals. Respectfully, Phyllis Wise."

Wise, who was traveling, said via spokeswoman Robin Kaler that a great deal of her time is spent meeting with external audiences.

"I meet with foundation leaders, national and international university and corporate leaders, my fellow presidents and chancellors, and state and federal government officials. And, of course, I meet with alumni, donors and friends of the university. I discuss important issues with a wide array of people on virtually every significant campus issue.

"On this, I have heard from people who supported me, as well as those who criticized me. In coming to a decision, I was not influenced by any of them. My primary concern was for our students, the campus and the university," Wise said.

In her statement released Aug. 22 to the campus community, Wise said as chancellor it is her duty to ensure that "all perspectives are welcome and that our discourse, regardless of subject matter or viewpoint, allows new concepts and differing points of view to be discussed in and outside the classroom in a scholarly, civil and productive manner."

Since that statement was released and faculty returned and classes resumed on campus, three academic departments have approved votes of no confidence in Wise and other university officials because the decision violates academic freedom and Salaita's right to free speech and infringes on the shared governance model at the university, according to the departments.

In recent days, supporters of the chancellor have circulated and published their own letters of support, backing up her decision and standing by her duty "to promote campus civility, comity and constructive discourse."

Salaita, formerly a professor at Virginia Tech, has a Ph.D. from the University of Oklahoma with a concentration in Native American Studies. He is the author of books on several different topics, from Arab American fiction to "Israel's Dead Soul," a criticism of Zionism. He was offered a tenured faculty position in the UI's American Indian Studies Program in October.

Salaita has been outspoken in support of Palestinians in essays and on social media. Since the Israel invasion of Gaza, his online rhetoric has drawn some criticism. In July, he tweeted: "Zionists, take responsibility: if your dream of an ethnocratic Israel is worth the murder of children, just (expletive) own it already. #Gaza" About the Israeli prime minister, he tweeted: "At this point, if Netanyahu appeared on TV with a necklace made from the teeth of Palestinian children, would anybody be surprised? #Gaza"