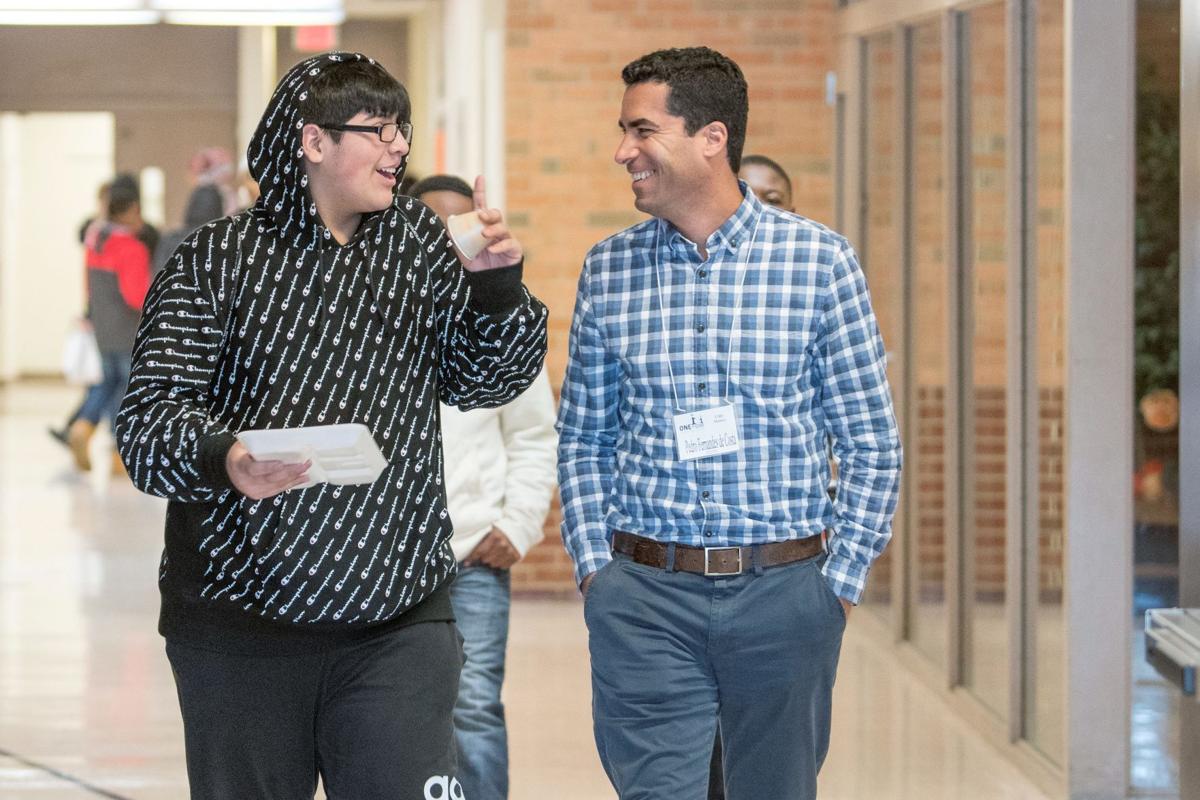 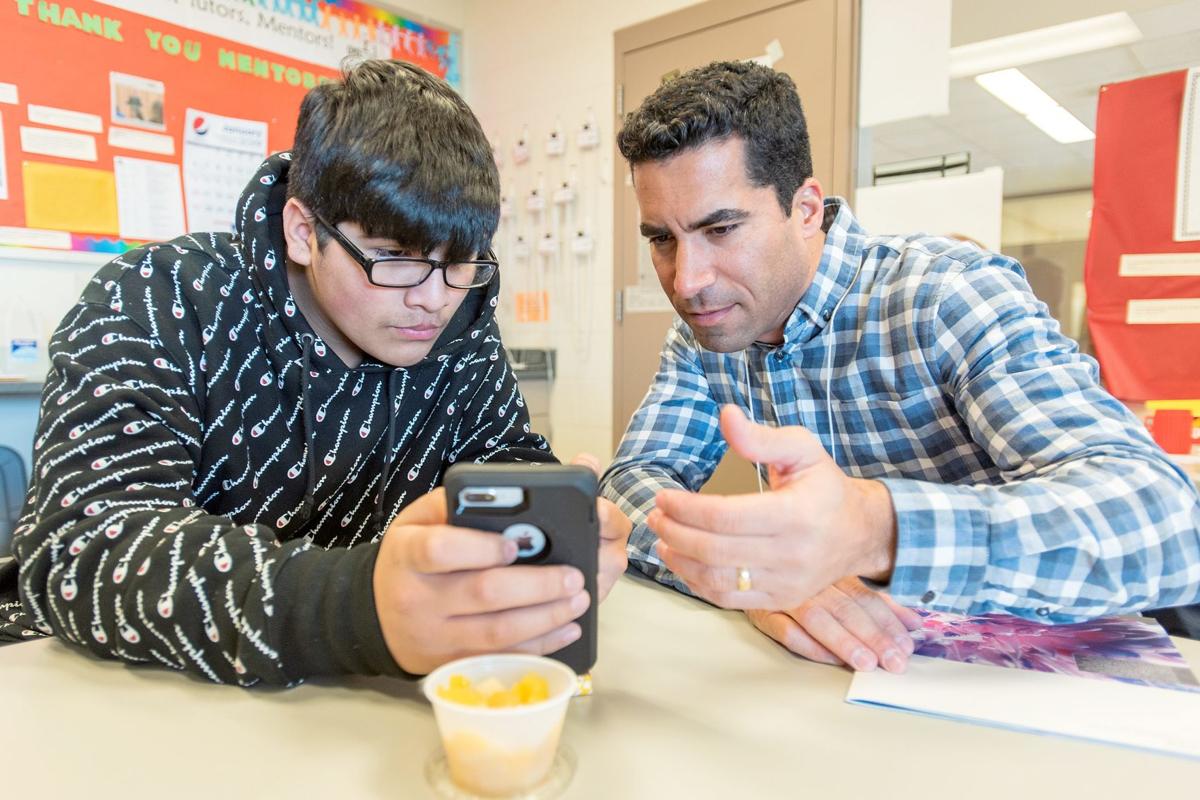 URBANA — Everyone else had one, it seemed, so why not him?

Emilio Burgos-Huerta was in fifth grade when he'd become aware that other kids in the class had "mentors" — adults who spent an hour during the school day with select students.

Middle school, and life, was confusing.

So he spoke with a teacher — next thing he knew, he was meeting Pedro Fernandes da Costa, who remains his mentor today, three years after that initial meeting.

"It was cool because we're both Latin — he's from Brazil, but my parents are both from Mexico," said Burgos-Huerta, an eighth-grader at Urbana Middle School. "So I think it's better for me, because he can sense something we both had in common."

They'd go on to find other things in common, too, like that both of them played goalie on their soccer teams and that it was their favorite position on the field.

That kind of dialogue and long-term relationship is something those involved with CU One-to-One Mentoring always want for more area students, but with only 37 percent of the program's current mentors being male, their need isn't just more — it's more men.

"The (ratio) has always been skewed that way," said community outreach coordinator Lauren Smith. "It is this way nationwide, it's not just our community. We're probably a little bit above average if anything."

Smith said she spoke recently with one of the program's male mentors, who'd tried to co-opt some of his friends into mentoring with him, perhaps using their lunch hour like he did.

"He said his friends told him they were all too busy," she said. "The guys who do do it, they'll say, 'Well, you eat lunch anyway, right?'"

Mentoring takes up to an hour per week during the school day, and mentor/mentee pairs spend that time on school grounds, either in a mentoring room or some other designated area on campus. Some spend that time talking. Others play games or do homework.

Burgos-Huerta and Fernandes da Costa liked to talk about how Burgos-Huerta could improve his goal-keeping. And some mentors, like Unit 4's Dan Casillas, don't quit once their mentee graduates; Casillas started mentoring a much younger student once his first mentee graduated high school.

"In my time as a building principal, I got to meet a lot of students, and the difference between one succeeding and one failing was just the supports one received over another," Casillas said. "I knew (my first mentee) from a younger student in junior high and seeing a light bulb come on between his junior and senior year and seeing him go, 'If I do go to class and get serious, then graduation could be a reality for me.'

"So to help see that work through with him was really important because I knew a lot of the difficulties he had overcome, and it was absolutely fantastic. So when the opportunity arose to get another mentee, it just seemed like the absolute right thing to do."

Smith said surveys of the program's male mentors show that immediate need draws them to the program, but material just saying that kids are on a waiting list didn't.

"I think we just need to put out there that, 'Hey, we really need males to step up,'" she said.

Added Casillas: "I knew that if I made it a priority, then I could find time in my week to have those meetings regularly. Typically, you can find time for the things that are most important. I think sometimes people underestimate themselves and the impact they can make on one student."