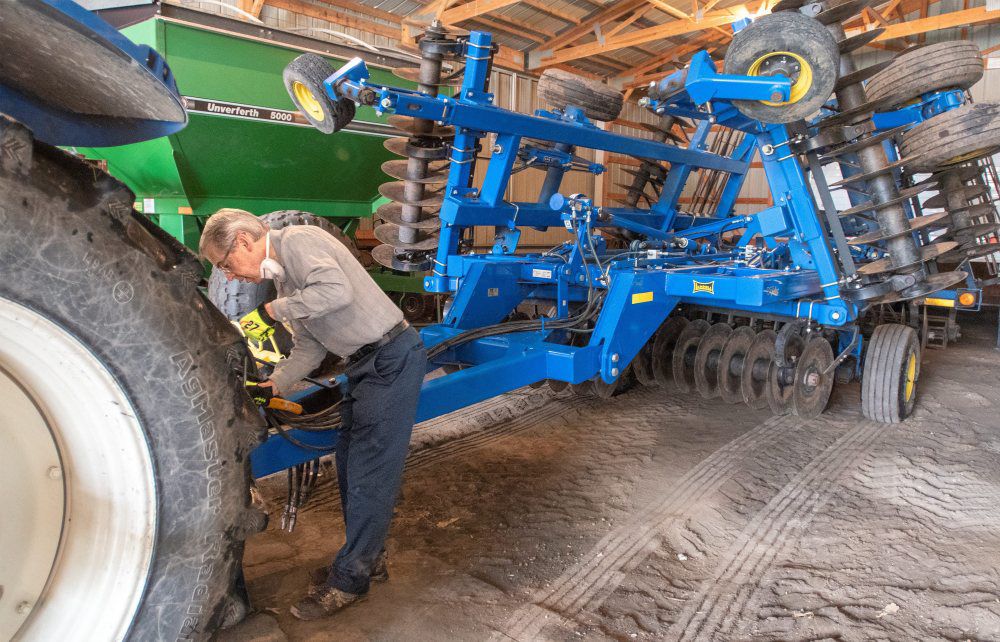 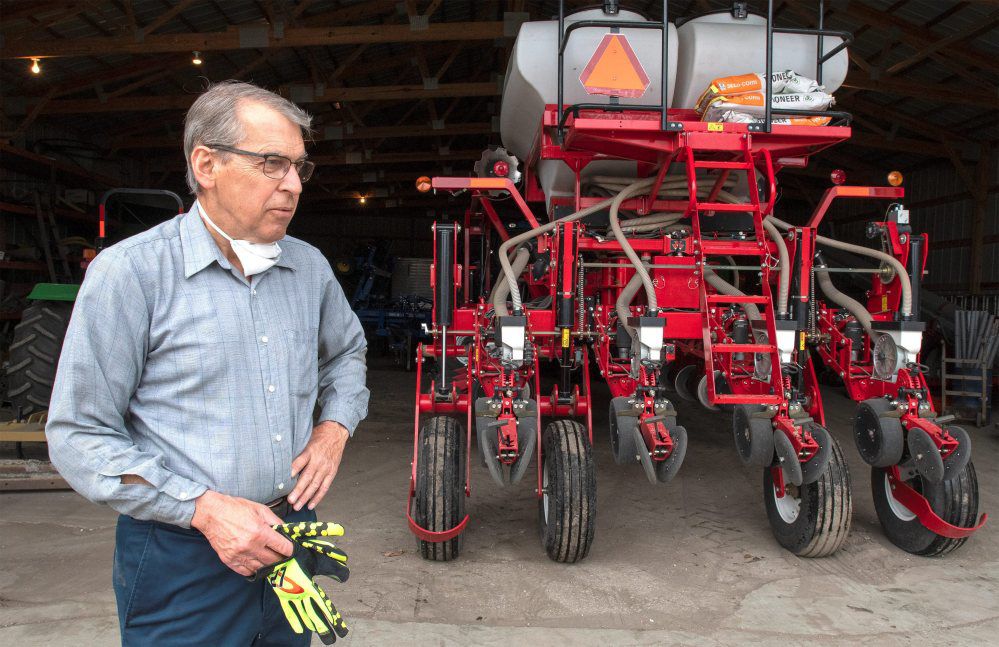 CHAMPAIGN — Last Sunday, just 8 percent of corn and 2 percent of soybeans had been planted in Illinois.

A week later, those numbers jumped to 37 percent and 18 percent, respectively.

After the cold snap passed and farmers had a few days of dry weather in a row, many in the area got a good chunk of their planting out of the way.

“I only have one corn field left to do,” said Paul Berbaum, who farms west of Champaign.

Compared to last year, when farmers planted late because of all the rain, Tolono farmer Jeff Fisher said this year’s been “a whole lot better.”

“We started planting corn on Sunday afternoon,” he said. “The ground was too cold, but we went ahead and started anyway, considering the forecast of dry weather for several days and then several days of rain.”

He said about 75 percent of his corn is planted, and then he’ll move on to beans.

While the planting feels good, the commodity prices don’t.

Corn futures hovered around $3 a bushel this week, down from nearly $4 since the beginning of the year.

“Farmers are not going to make money the way it looks,” Berbaum said.

“Commodity prices are in the toilet. Every bushel we sell, we’re taking a loss, so I’m trying to hold off selling as long as I can, hoping that the market will rebound. But there’s no promise in sight with this virus effect.”

While farmers are considered essential businesses and can continue to operate, the stay-at-home orders around the country are hurting the ethanol market, Fisher and Rund said.

With people working from home or out of work, “they’re not using as much gas,” Fisher said. “It’s a demand problem.”

On top of that, the trade war with China had already hurt prices.

“This is a perfect storm of negatives,” Fisher said.

The low prices are leading Rund to plant more miscanthus, a grass that can be used for ethanol, industrial purposes or bedding for animals such as turkeys.

“With corn prices as low as they are, we’re making better money the last four years growing miscanthus,” Rund said.

And Berbaum said he tries to keep his costs as low as possible.

“When prices are real low, you got to cut your costs, save as much money as you can and get as big a yield as you can, which just makes the problem worse,” he said.

And while it’s too early to tell, Berbaum is optimistic about the yield of this year’s crop, at least compared to last year’s.

“What we’ve planted looks good,” he said. “It’s off to a good start, but a lot can happen.”