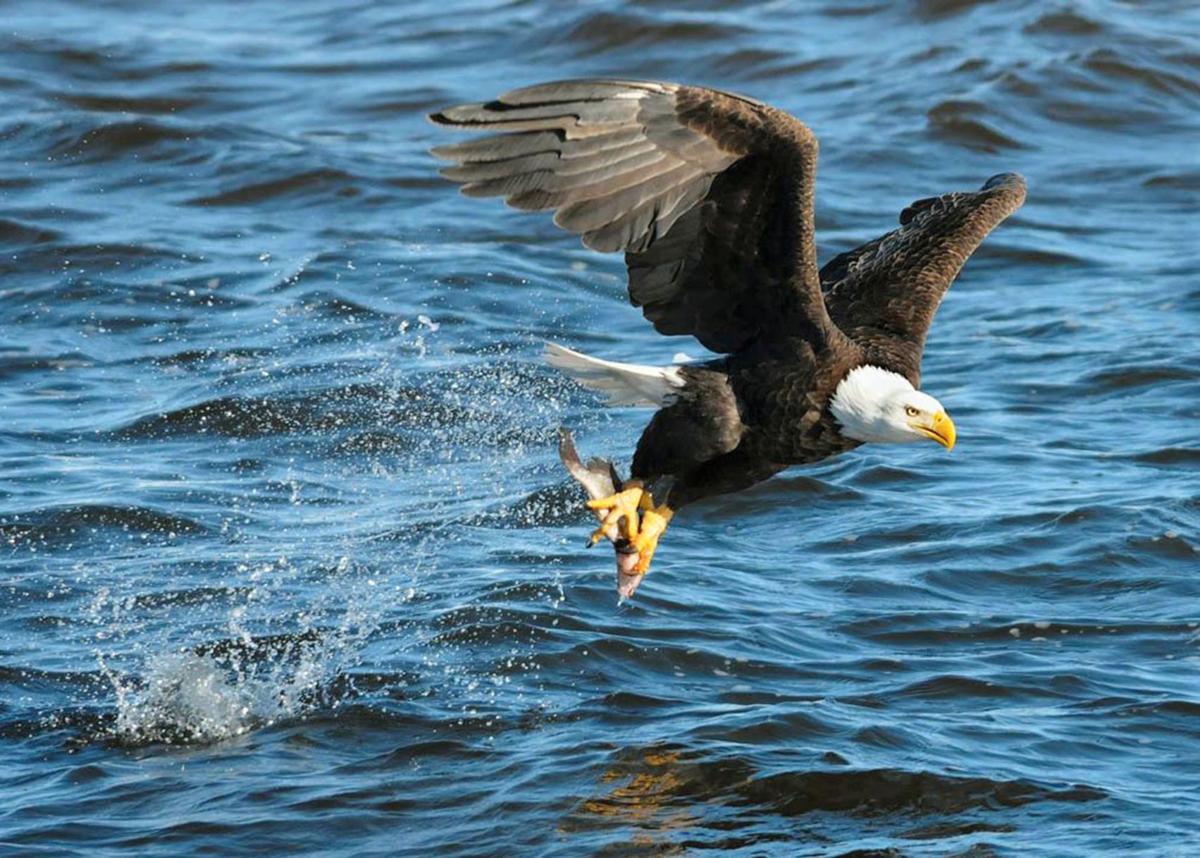 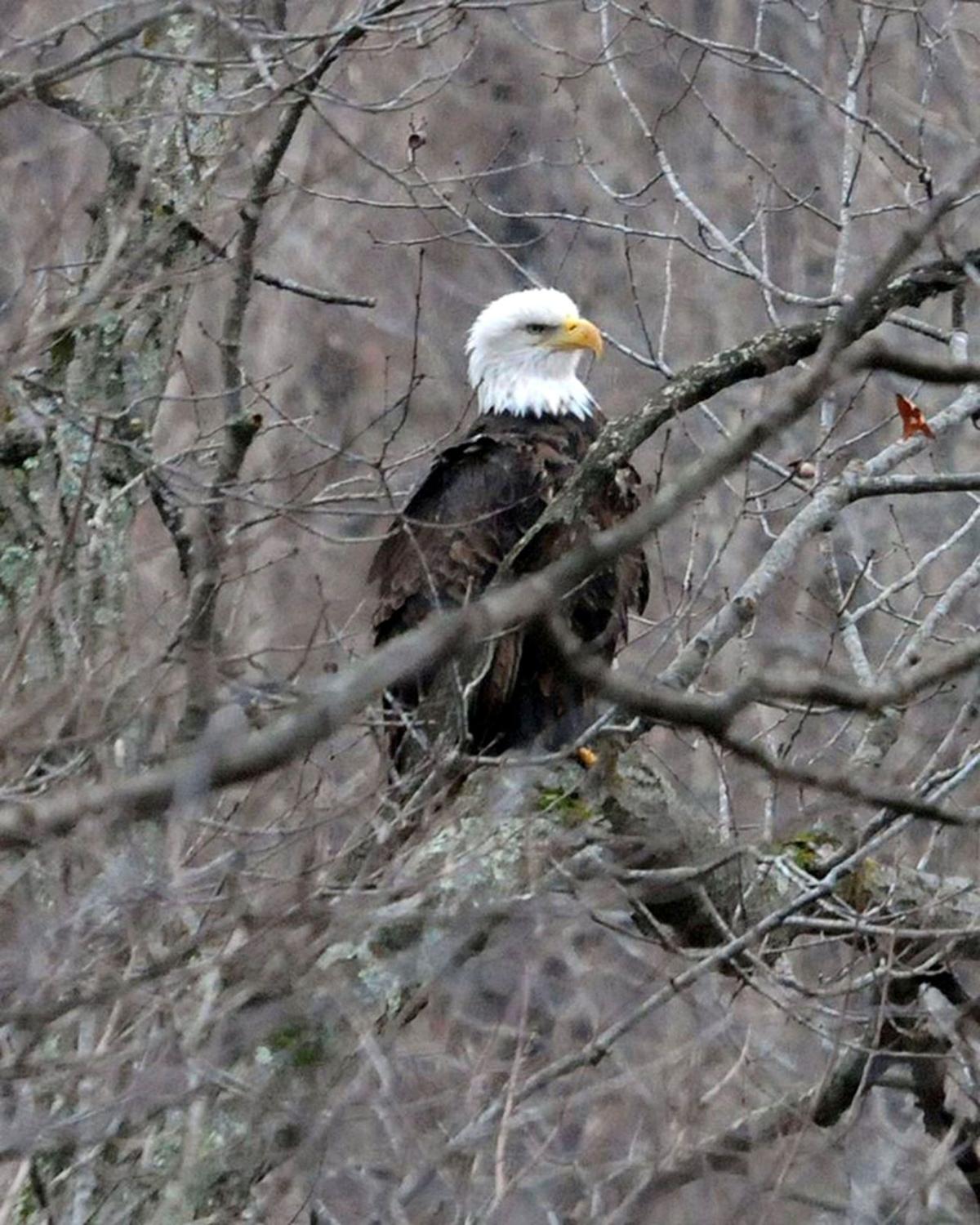 Bob Schifo saw his first bald eagle just after he graduated from high school in 1968, when he was on a fishing trip with an uncle in northern Minnesota.

"I was just thrilled to death then, and every time I see one now I'm still thrilled," he said. "They're magnificent creatures."

In the early '60s, eagles were on the endangered species list, with only 487 breeding pairs in the lower 48 states, according to the Audubon Society. Now, due to conservation efforts, bald eagles have made a major comeback — 11,000 nesting pairs were counted in 2007 in the lower 48.

"More and more people are seeing them," said Beth Chato, a longtime member of the Champaign County Audubon Society.

"I have a report of one flying over Urbana last week. They've been nesting at the Middle Fork Forest Preserve north of Champaign for three years, producing about two or three young a year."

An eagle nest also has been spotted near Homer Lake. And the big birds have been seen at Lake of the Woods in Mahomet, according to Chato.

Schifo, a studio photographer who lives in Catlin, 30 miles east of Urbana, sees the U.S. avian symbol often — and not necessarily along a river or other body of water.

"Half the time when I'm driving to Danville I see one flying over the road," he said. "One time I went to the post office and saw one cruising around.

"You have to know what to look for. I can tell from a long way off whether it's an eagle."

Schifo said the year before last basically every river in Vermilion County had an eagle's nest along it.

"You never used to see them around here," he added.

Mike Ward, an ornithologist with the Illinois Natural History Survey, agreed, saying most eagle sightings used to be limited to along the Mississippi River.

In the '80s, there were fewer than 20 eagle nests in Illinois; a statewide bird count last spring estimated 200 nests and 400 eagles.

Schifo's favorite place to photograph eagles is Heron County Park, just north of Danville on the north end of Lake Vermilion. (Bald eagles were removed from the endangered species list in 2007, but remain protected under the Bald and Golden Eagle Protection Act and other federal laws.)

The Heron County Park along Newell Road has a boardwalk and observation tower. At that park, eagles like to perch in a large sycamore tree, Schifo said.

"In past years, more than half the time I went out there for an hour or so I'd see an eagle fly over," he said.

He's also seen them sitting in trees southeast of Westville near Forest Glen Preserve, which includes in its landscape the Vermilion River.

"They're not particularly aggressive — they're more apt to go after dead fish" and other carrion, Chato said.

And in warmer weather, as we have had this winter, the eagles tend to spread out rather than flock together near the churning waters of locks and dams, when rivers are frozen.

Like many eagle admirers, Schifo — and hundreds of other photographers — used to travel to the locks and dams along the Mississippi to look for eagles.

"At the time when eagles are there in huge numbers, some guys go to fish markets and buy dead fish and rig up giant slingshots and shoot the fish out into the river," Schifo said. "The eagles come out and grab these dead fish.

"Then you take pictures of them."

Many Illinois and Iowa communities along the Mississippi River offer eagle watching and related events this and next month:

Starved Rock State Park, Utica. Bald Eagle Trolley Tours, Mondays, Wednesdays, Saturdays and Sundays, January and February. On Mondays and Wednesdays, the tour begins with lunch at 11 a.m. in the lodge dining room. Adults, $25; children 10 and younger, $20. Saturdays, the first tour is at 9 a.m. and ends with lunch and the second tour, 11 a.m. and ending with lunch. Sundays, the tour begins at 10:30 a.m. with brunch. Adults, $32; children 10 and younger, $27. The tours include transportation, a guide, an eagle presentation at the Illinois Waterway Visitor Center. 815-220-7386.