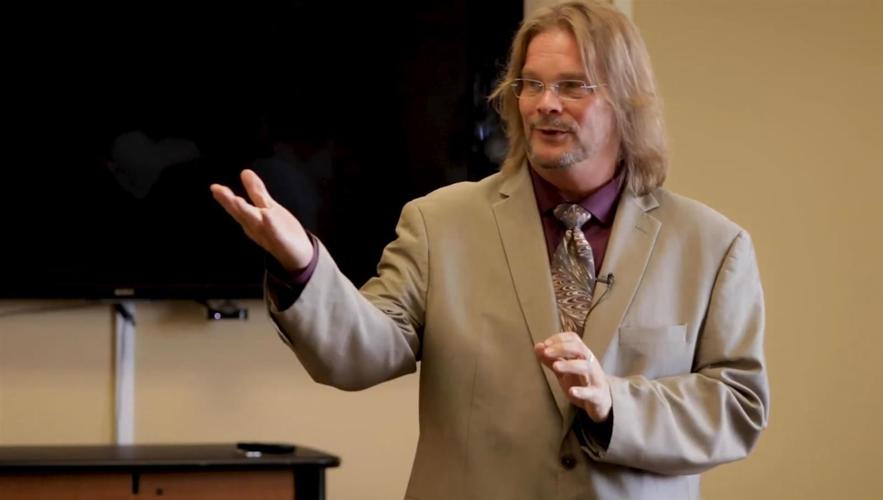 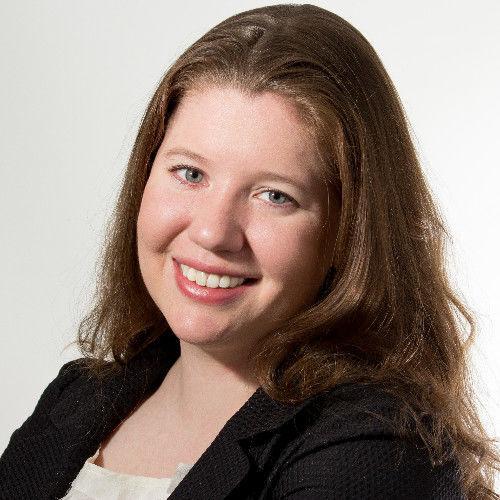 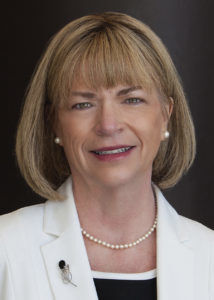 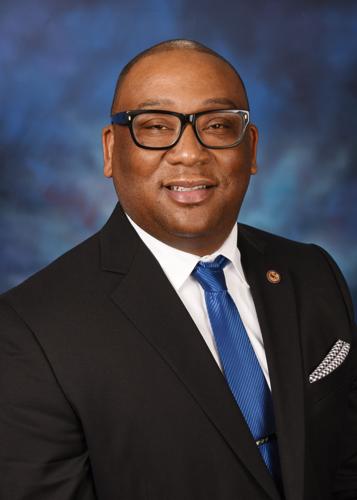 SPRINGFIELD — School officials across Illinois say a shortage of teachers and substitutes is forcing them to cancel course offerings, move them online or fill open positions with people who are not fully qualified.

Those are the findings of the latest survey by the Illinois Association of Regional Superintendents of Schools, the fifth such survey the organization has conducted in as many years.

“Our schools need help, now more than ever,” said Mark Klaisner, IARSS president. “For five years of our study, we have shown how schools are struggling to find qualified teachers and are under tremendous stress to provide the best education possible while understaffed and overwhelmed. COVID-19 has only made those challenges worse.”

The survey included responses from 663 of the state’s 852 school districts, representing 78 percent of public schools in Illinois. It was conducted in the fall of 2021 by Goshen Education Consulting, based in Edwardsville.

More than 2,000 positions are either not filled or filled by someone not qualified to teach there, more than double the number reported from last year. That includes the increased use of paraprofessionals — people who are not fully licensed as teachers but who are credentialed to work under the direction of a licensed teacher.

In an interview, Klaisner said the biggest shortage areas were among special-education and English as a second language teachers, while science and math teachers were also in short supply.

He also said regions that largely depend on career technical education have had a difficult time with staffing. He also found “interesting” challenges in hiring physical education instructors.

The survey results paint a different picture than the most recent state report card from the Illinois State Board of Education, which indicated the teacher workforce has been growing, due in large part to the additional funding districts have received from both state and federal sources.

“We are encouraged by a lot of what we can see at the state level in terms of growth overall in the number of full-time teachers,” Jen Kirmes, ISBE’s executive director of teaching and learning, said in an interview. “We’re also encouraged by what we see in terms of educator preparation, programs, enrollment and completion. And so there certainly are reasons to be optimistic.

“We also know that there are great needs in places still for classroom educators,” she added. “But also, we’re hearing from districts about the need for other really critical support professionals who make school work for students like bus drivers, substitute teachers, paraprofessionals. And of course, especially during a pandemic, school nurses.”

Klaisner said IARSS does not dispute the data from ISBE, but he said 2020-21 findings were skewed by the pandemic and the fact that most districts were operating entirely remotely.

“A lot of folks are scratching their head, like, how do you measure those numbers in a year where some schools were closed all year long?” he said. “And what are you counting? Are you counting contacts? Were you counting the number of kids enrolled? Were you counting attendance? And so we recognize our data, as well as anybody else’s data over the course of (fiscal) ‘21 was skewed to some degree, no matter what you did, because we weren’t really sure how to count things.”

Kathi Griffin, president of the Illinois Education Association, the state’s largest teachers union, said there is definitely a teacher shortage that is being made worse by the COVID-19 pandemic.

“We’ve been struggling with a teacher shortage for a number of years,” she said. “We’ve had fewer and fewer college students choosing the profession of education for their college degree. However, the pandemic has just really brought to light the real, true shortage.”

She said shortages have also been fueled by early retirements and by teachers who left the profession.

“I don’t think that the general public realizes the stress, as well as what is being expected of educators,” she said. “It’s like, OK, we went back in the fall, and the doors opened, and magically everything was supposed to go back to how it was from March of 2020. And that’s just not realistic.”

COVID-19 impactThe IARSS survey also found that the COVID-19 pandemic has worsened the teacher shortage. More than 70 percent of the districts responding said the pandemic has created budget or logistical challenges that have increased the need for more hiring, while nearly 60 percent reported increased hiring of teachers and paraprofessionals.

That was in spite of the fact that during the pandemic the state has relaxed some of its licensing requirements and given districts more flexibility in assigning teachers to different grade levels. Klaisner said those measures haven’t done enough to increase the supply of teachers.

“More and more people are exiting, and the pipeline just can’t keep up,” he said. “Flexibility is one thing. But if you’ve got hundreds and thousands of teachers who are leaving, the pipeline’s just not producing enough people to fill the gaps.”

Superintendents in 42 percent of the districts surveyed said economic instability and educator burnout caused by the COVID-19 pandemic had increased teacher turnover in their district.

ISBE’s Kirmes said the pandemic has definitely impacted the supply of substitute teachers.

“We are hearing a lot from school districts about the need for substitutes,” she said. “And so we believe that that is part of some larger labor dynamics in terms of just competition in the labor market, in general, for folks who can do all sorts of positions, including being a substitute. ... And certainly, given conditions with regard to the pandemic, there is an even greater need potentially for subs, especially in certain areas as the conditions change.”

Policy optionsIn recent years, Illinois lawmakers have taken several steps to address teacher shortages, including passing a 2019 law that raises the minimum starting salary for a teacher to $40,000 in 2023.

Klaisner, however, said that has not had the desired effect, especially in poorly-funded districts.

“We found, particularly the downstate districts that weren’t paying $40,000, in some cases were having to eliminate positions to meet the statutory requirement,” he said. “In other words, if you have two people at $30,000, and you’ve got to raise it to $40,000, then maybe you let one of those people go so that you can raise the (other) salary because you just don’t have more money in the budget. You can require a higher salary, but if there’s no funding behind it, then they have to make some tough choices.”

The regional superintendents are proposing several measures to the General Assembly that they say could help alleviate the shortage, including increased funding of the Evidence Based Funding formula with an additional $500 million in the upcoming fiscal year. Currently, they argue, more than half of all districts are funded at less than 70 percent of adequacy.

They are also proposing funding the Illinois Teachers Retirement System at 100 percent of the actuarially required level to increase confidence in the system. Under the so-called “Edgar Ramp,” named after former Gov. Jim Edgar, the state contributes less than the required amount, but the contribution rate gradually goes up each year until 2045, when the plan is projected to be 90 percent funded.

Klaisner, however, said one of the most effective things the state could do would be to create new pathways to earning a teaching license.

“For instance, one of my favorite strategies is, if you came to me and said you want to be a teacher, what if I handed you a teacher’s license that day and assigned to you a mentor, and you had agreed to take classes at night and I’m evaluating you as a teacher?” he said.

“So now you are earning a salary, you’re in a classroom with kids, you have been built-in supports. And you don’t have to take two to three years (of college), and student teaching on top of it, where you have to step away from your profession. I think there’s a real power in this sort of apprenticeship kind of model.”

ISBE is developing something similar to that. Last year, it opened grant applications to develop teacher residency programs in which colleges and universities will partner with local school districts or regional offices of education in rural areas to develop training programs in special education and bilingual education.

In a residency program, a teacher candidate would embed in a school for a full year, shadowing a veteran teacher while also taking classes.

“Residency programs overall tend to prepare a more diverse set of future educators,” Kirmes said. “And also, educators who are prepared through a residency model tend to emerge from their preparation more fully prepared and are retained at a higher rate.”

Lawmakers have scheduled a shortened session this year due to the revised election calendar they adopted due to the delays in the redistricting process.

But state Sen. Christopher Belt, D-Swansea, who chairs the Senate Education Committee, said he hopes lawmakers can at least pass short-term measures to address the teacher shortage, such as allowing retired teachers to work more than 120 days without being penalized on their pension payments.

The long-term solution, Belt said, is to elevate the profession of teaching as something that is more respected and more valued by society.

“I think we have to do a better job — and not just Illinois, but the country — of really owning and telling the narrative of what the profession of teaching is,” he said. “As it is right now, you don’t hear much about teaching in the public arena unless it’s salacious or something bad or ‘a teacher did this,’ and then you hear it. And you even have teachers telling their kids, ‘Don’t get in this profession.’ And so we really have to understand that this is one of the most noble professions that there is. No matter what you are in life, a teacher helped get you to that point.”