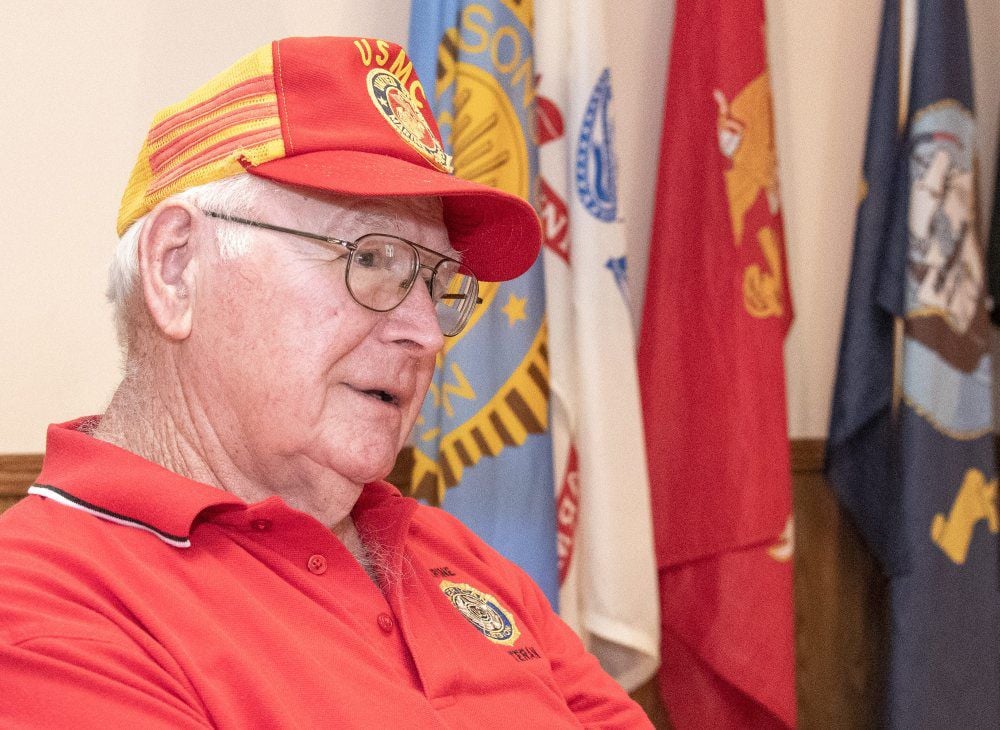 Robin Scholz/The News-Gazette Bud Hooser talks about his time in the Marines. At the American Legion in Mahomet on Friday, Sept. 13, 2019. 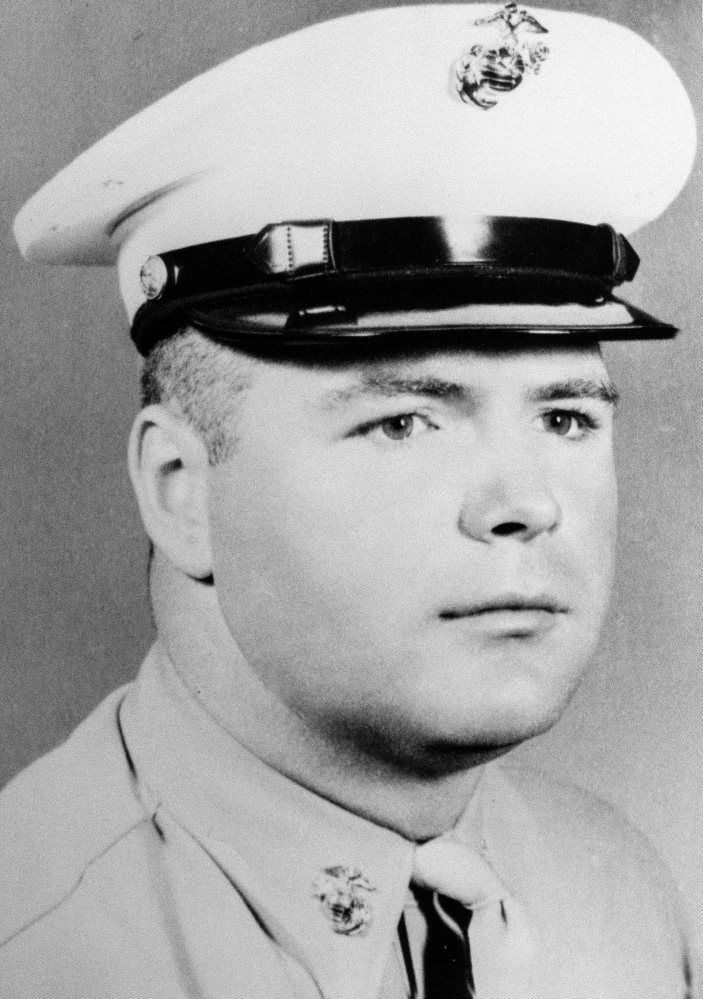 Bud Hooser talks about his time in the Marines. At the American Legion in Mahomet on Friday, Sept. 13, 2019.

Robin Scholz/The News-Gazette Bud Hooser talks about his time in the Marines. At the American Legion in Mahomet on Friday, Sept. 13, 2019.

Bud Hooser talks about his time in the Marines. At the American Legion in Mahomet on Friday, Sept. 13, 2019.

MAHOMET — An all-expenses-paid trip to Hawaii. And every movie you’d ever want to see.

For Edward “Bud” Hooser, 82, that was much of his experience in the Marines.

“I had a pretty tough time,” the former corporal jokes.

Oh, almost forgot, a lot of football, too.

Growing up in Farmer City, Hooser played in every sport there was — including throwing the shot put.

He spent most of his time with football, though.

When Hooser was a freshman, he played right guard on the freshman team one night, on JV another and, finally, Fridays on the varsity team.

He was recruited to Millikin in Decatur, but later decided to move on to Eastern Illinois University. Because the semester system was mismatched to the quarter system, Hooser couldn’t find housing, he said.

The natural transition for the football star was to the Marines.

“I always wanted to be a Marine,” Hooser said.

He enlisted in 1958, a relatively quiet time.

Marines football didn’t have the glamour of the Army-Navy rivalry, but in the 1918 Rose Bowl, the Mare Island Marines trounced the Camp Lewis Army team.

For his four-month stay there, projecting movies was again a duty. He recalls marathon showings of the almost-three-hour “The Bridge on the River Kwai.”

Back in San Diego, he was assigned to be a military police officer.

“I didn’t re-up. I got out of the Marines to marry the love of my life,” Hooser said — Dona Ann McCartney, whom he’d known in high school. Leaving the Marines was a condition of the marriage.

They had two daughters, and Dona Ann died last year.

The Hoosers had moved to Champaign County to use his MP experience working as a security guard at the Magnavox plant in Urbana.

He rose to security supervisor before the plant was closed in 1971 and shortly after it became Solo Cup.

Hooser also worked at Firestone in Bloomington before retiring.

And he has served as commander of the Mahomet American Legion, including in 2007, when the village voted to go “wet.”

The legionnaires decided they didn’t want to go the bar route.

“No video gambling, either,” he said.

Do you know a veteran who could share a story about military service? Contact Paul Wood at pwood@news-gazette.com.