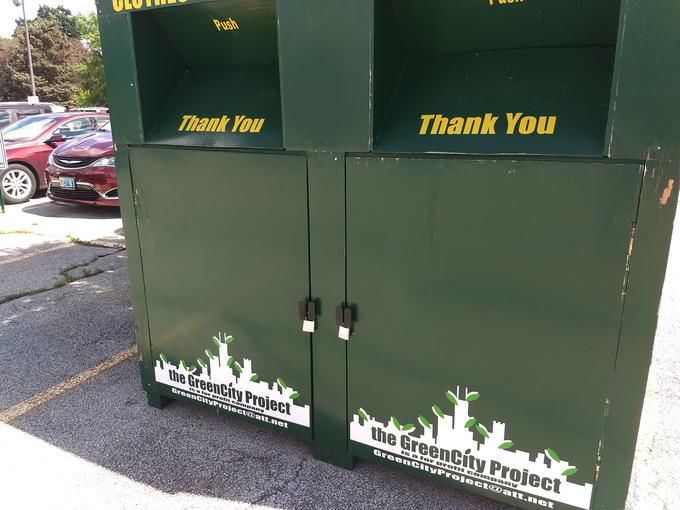 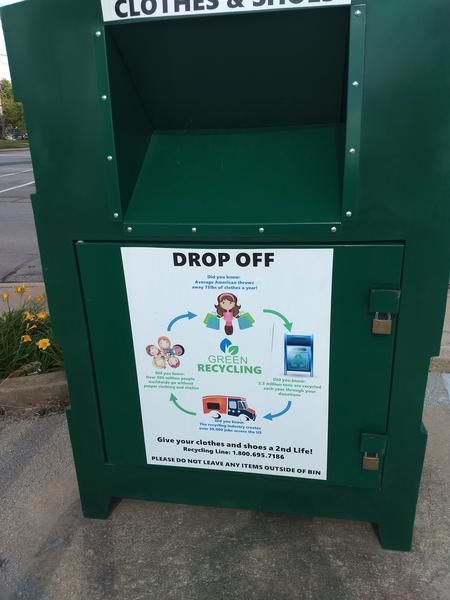 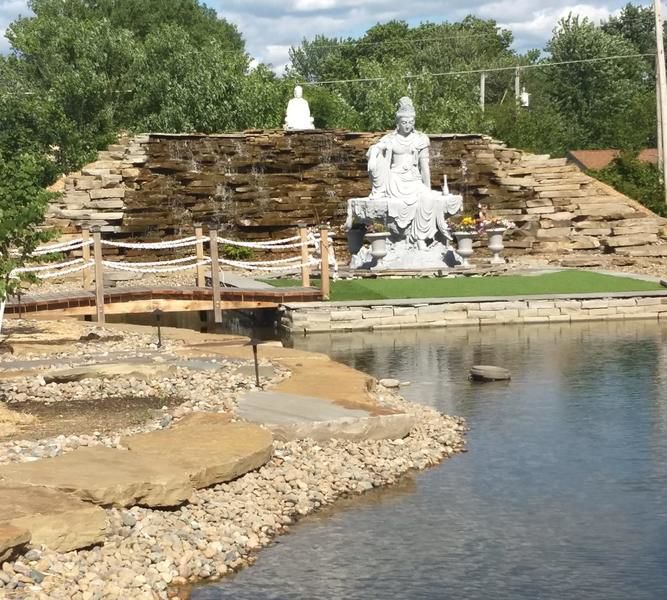 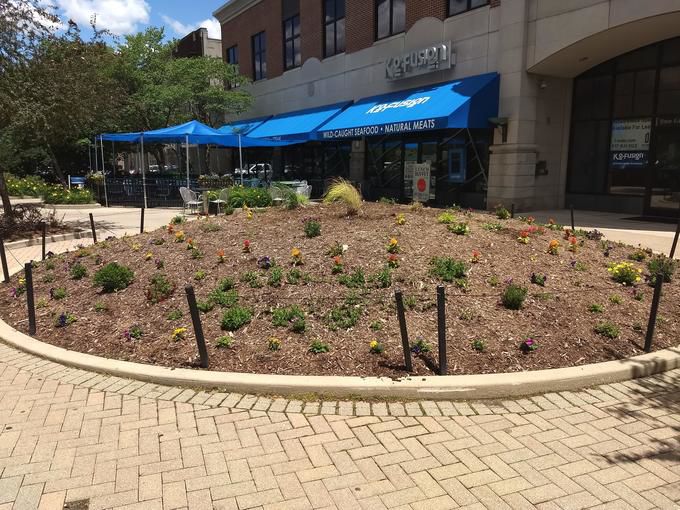 Humane society, hockey, history, Hardee's, holes in parking lots and the harvest of trees are among the items in this week's Mailbag.

"For two years or so the (University of Illinois) Forestry Department has been harvesting timber on its plantation on Race Street south of Windsor Road. It would be interesting to know the research goals, findings, tree species involved, etc."

The Illini Forest Plantations was established in the mid-1950s from land that had been used for crops, said Jay Hayek, a UI extension specialist in forestry. Originally, Hayek was told, trees were planted there to study which species did best as farmstead windbreaks.

But now there are two things going on in that area, including a collection of large logs

Other logs are from campus sites, including from a 100-year-old Austrian pine tree.

"Facilities & Services gave us those logs so that we can process them into lumber," Hayek added, "so we can in turn give them back the lumber."

The plantations also are being developed into a demonstration forest for forest management purposes, he said.

"We're doing a lot of invasive species control work and we're also thinning the forest," Hayek said. "We also had a one-acre block of trees that were ash and died because of the emerald ash borer. We cut them down and we're going to use that lumber for campus projects. I'm working with the School of Architecture and their students use wood for some of their projects so we're making that available to them."

Not all of the lumber will go back to the UI.

"The U of I is trying to think out of the box to be revenue-positive. We don't want to compete against private industry but what we might try to do is turn a small profit just to keep operations running and help with maintenance items and procure equipment," he said. "But if there's a way to reach out to our alumni and call some of this Illini Lumber, just to see if the alumni might be interested, we'll do it. It's mild fundraising, nothing extravagant. We're just trying to think outside the box."

"I see the 'Clothes and Shoes' bins all over town. Who picks the clothes up and where do they go and to whom?"

There are at least two green box operators in the Champaign-Urbana market.

A second operator, identified only as Green Recycling with a 1-800 number, did not return a phone call seeking information.

"The parking lot at Walgreen's store at Springfield and Mattis is littered with potholes and nearly impassable. More than a month ago I asked a manager about its status and he told me that while Walgreen's won't replace the lot until next year, the store was going to fill in the many potholes. There is no evidence that this has happened. Can you find out when some improvements will be coming? I, and others I know, won't shop there while we risk damaging our vehicles."

Store manager Darin Christman said that the company is aware of the problem and, "We are working on it."

This is my second-favorite tale in St. Louis Blues history.

From a 2009 story by St. Louis author Jeff Fahrenkrog:"It's hard to believe, but the man who spawned 'Dollar' Bill Wirtz, one of the worst people in hockey, also helped give birth to the St. Louis Blues," he wrote.

Wirtz, the notoriously cheap owner of the Chicago Blackhawks, probably was more responsible than anyone else for bringing an NHL franchise to St. Louis instead of to Baltimore.

"Wirtz had lobbied the other five NHL owners to accept St. Louis' bid over Baltimore's application for a reason. Since 1947, Wirtz and James Norris had owned the St. Louis Arena, which had been built in 1929 for the annual National Dairy Show," Fahrenkrog wrote. "Sensing an opportunity to unload the neglected and run-down 37 year-old structure, Wirtz agreed to sponsor (Sidney) Salomon's St. Louis bid in exchange for their purchase of the Arena as the hockey team's home, for $4 million."

Here's another version from a Washington Post story earlier this year:

"Worried that the league's small geographic footprint would hinder its chances of obtaining a national U.S. television contract, the NHL decided in the mid-1960s to double its numbers from six to 12 teams. In February 1966, it awarded new franchises to five metropolitan areas — San Francisco/Oakland, Los Angeles, Minneapolis/St. Paul, Pittsburgh and Philadelphia — and a 'conditional' franchise to St. Louis, even though no one from the city actually had submitted a bid," wrote Matt Bonesteel.

"This must have seemed a little peculiar, especially to hockey fans in Baltimore, where an ownership group had submitted an application but was told it would get a team only if a group from the approved list dropped out. But things were happening behind the scenes: Bill Wirtz and James D. Norris, owners of the Chicago Blackhawks, also owned the St. Louis Arena, which was built in 1929 but had become decrepit after decades of out-of-town ownership. Wirtz and Norris wanted to sell the building and, as told in 2013 by Rick Ackerman at Lighting the Lamp, 'granting St. Louis an expansion team was a brilliant way of unloading a near-worthless relic on a willing buyer.'

"There was one problem for Wirtz and Norris: Even though out-of-town investors were interested, no one in St. Louis seemed willing to step up, and the league insisted on local ownership.

"Finally, after failing to find anyone who was both interested and rich enough at St. Louis-area country clubs, and with an NHL-imposed deadline looming, a consortium headed by local insurance tycoon Sid Salomon Jr. and his son stepped up to purchase the arena — they paid the Blackhawks' owners $4 million for the stadium and spent another $2 million to renovate it — and fund the expansion team, which began play in the 1967-68 season."

"What commercial featured the tagline, 'We won't be undersold.'"

According to my friend Larry Damski, that was the sales slogan of Mr. Discount's Furniture south of Tilton. It is no longer in business.

"I would like to know how much money the Champaign-Urbana humane society made on their garage sale in the different location. I never see it the paper."

"We don't have a final figure yet, as some of our revenue comes in through our disposition of the 'remains' after the sale. It looks to me like we will be somewhere around $54,000-$55,000.

"This revenue figure will be about 15 percent lower than our last sale, but we had to cut back our sale hours by about 25 percent this year, so in terms of revenue earned per sale hour, we actually did better! We're grateful to everyone who came out to shop, and particularly the Friday evening crowd that waited out in the hot sun for us to open at 6 p.m.

"Another note about the sale: A lot of people expressed disappointment that we did not start the sale until Friday evening, rather than hold the sale all day on Friday (starting at 7 a.m.) as we have done in the past. The reason for the change in sale hours was that we did not have access to a large parking lot during business hours on Friday, and thus could not start the sale until after 5 p.m. We appreciate the loyalty of our annual Garage Sale shoppers and hope they will stick with us even though the 'new normal' is that the sale location — and thus the sale hours — will not likely be exactly the same each year."

"Which is older: Champaign, Chicago or Urbana?"

It's a close race between Chicago and Urbana. The former, with a population of about 100 at the time, was platted in 1830.

Urbana was created in 1833 when Champaign County was established with Urbana as its county seat.

"Has someone purchased the old Hardee's on Neil Street? I no longer see a for sale sign there."The building at 1703 S. Neil St. was sold last August to the 1703 Neil LLC, whose manager is listed as Shapland Realty in Champaign. The city of Champaign says it has no permit applications for the address."

On a somewhat related topic, a building permit application is under review for a Captain D's seafood restaurant at 1409 N. Prospect Ave. That's a former car wash and used car sales lot.

Captain D's, based in Nashville, has 532 restaurants in 22 states. There are a number of them in the Metro East area, including Troy, Alton, Bellevile, Edwardsville and Cahokia.

"What is the purpose of the Buddha statue and reflecting pool in the 1500 block of McKinley?"

That impressive waterfall and pond is part of the Thien Duong Bat Nha, a Buddhist meditation center.

"Why has this central landscape feature for downtown gone mostly unplanted? It is the big circle bed in front of Kofusion. Looks like a big pile of dirt."

"Hey, we noticed that the center garden directly in front of M1 in downtown Champaign is unplanted. What gives?"

I'm not sure when it happened — the folks at Kofusion said it's been planted for a while — but it's full of flowering plants now.