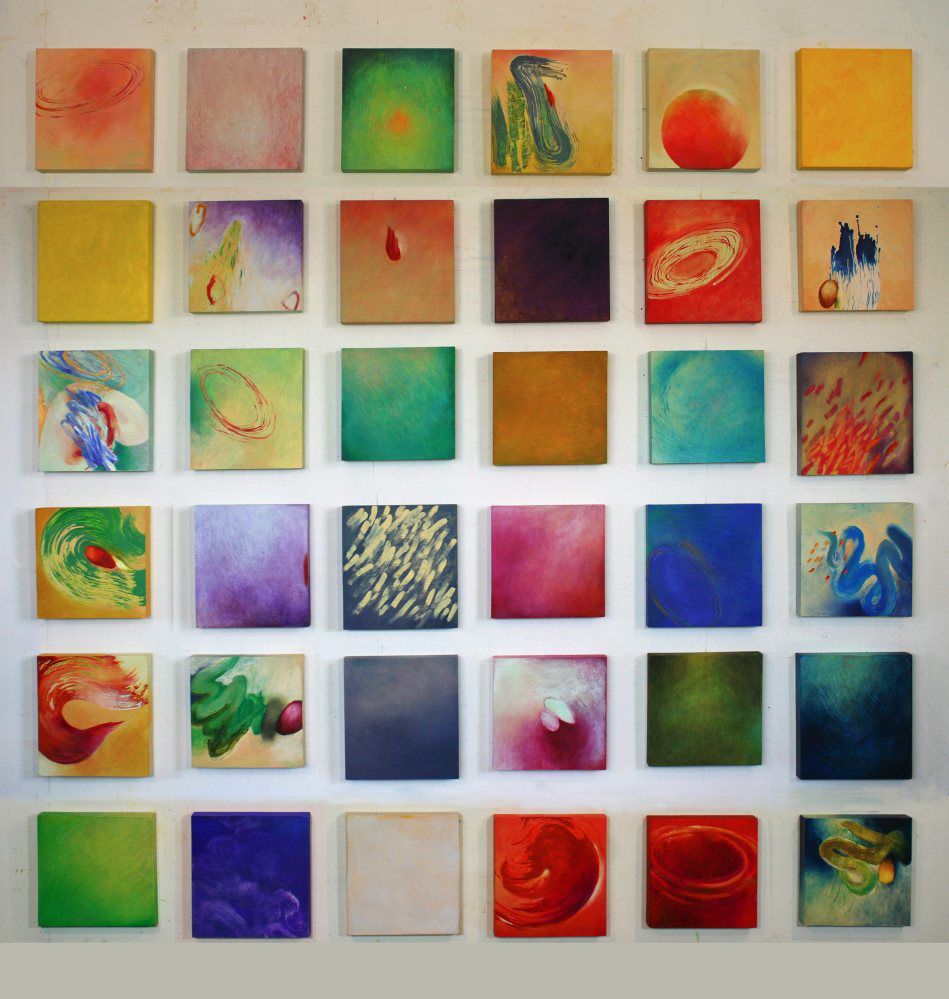 Jess Beyler's '100 Famous Views of the Universe' is to be installed in the lobby of the M2 on Neil building in downtown Champaign ahead of the Friday Night Live event on Aug. 23, 2019. 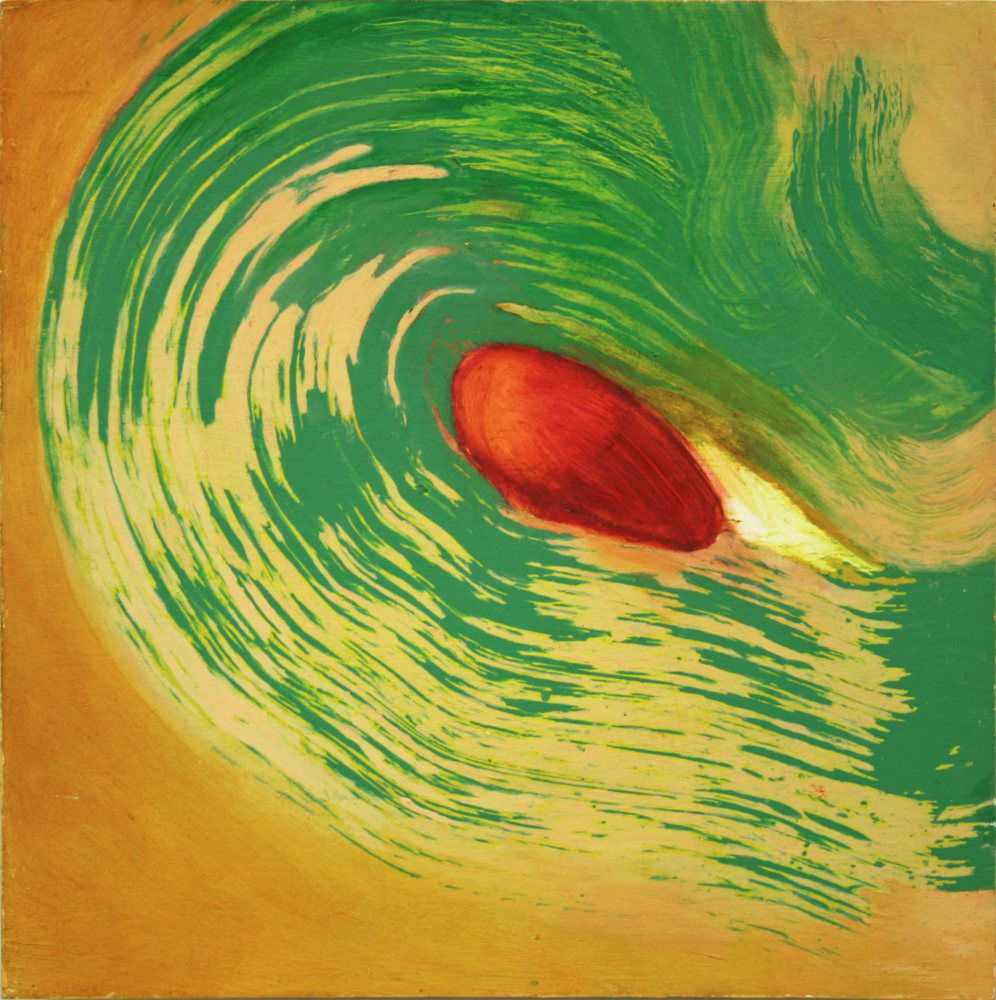 One of the panels of Jess Beyler's '100 Famous Views of the Universe,' which is to be installed in the lobby of the M2 on Neil building in downtown Champaign ahead of the Friday Night Live event on Aug. 23, 2019. 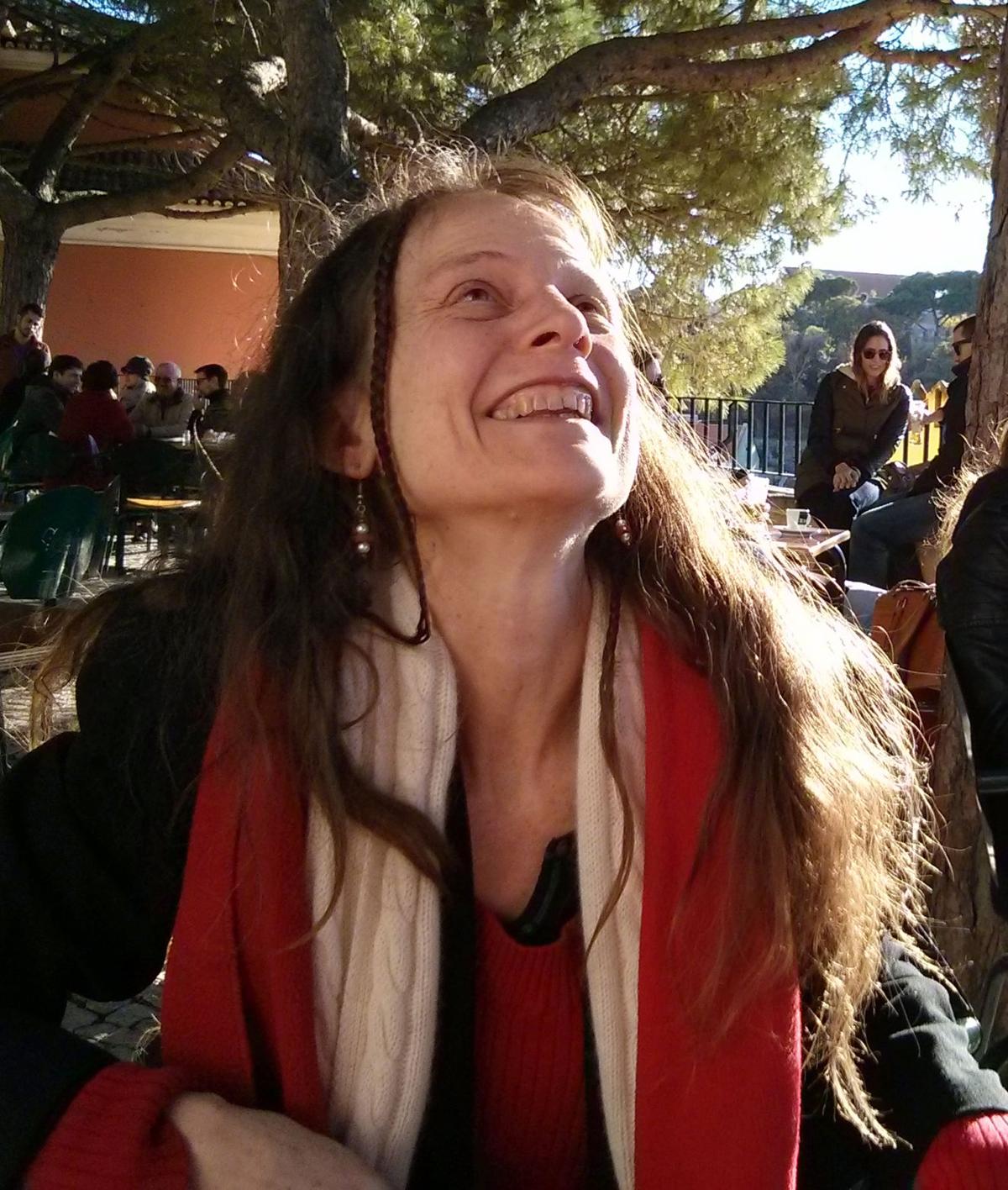 Jess Beyler's '100 Famous Views of the Universe' is to be installed in the lobby of the M2 on Neil building in downtown Champaign ahead of the Friday Night Live event on Aug. 23, 2019.

One of the panels of Jess Beyler's '100 Famous Views of the Universe,' which is to be installed in the lobby of the M2 on Neil building in downtown Champaign ahead of the Friday Night Live event on Aug. 23, 2019.

As satisfying as it is knowing her artwork will be displayed for the next three years at a prominent downtown Champaign location, Jess Beyler isn’t downplaying another perk of Friday’s reveal of her impressive “100 Famous Views of the Universe.”

“It will buy me the freedom to paint for awhile without having to worry about paying my studio rent,” the veteran local artist said. “Freedom from worry is a precious thing.”

The 36-panel “Famous Views” is to be installed in the lobby of the M2 on Neil building, 301 N. Neil St., ahead of the final Friday Night Live event of the summer. It was selected from more than 20 proposals from local artists by a jury made up of tenants and management from One Main Management and M2 on Neil. Dave Jones, president of One Main Management, called it a “vibrant and visually inspiring creation.”

Here’s more from the veteran local artist, who will be on hand for Friday’s unveiling:

Have you ever been to the lobby of M2?

Yeah, about 200 times. I came with a tape measure and measured the space. I came at all times of the day and at different seasons to see all the different kinds of light and how the reflections moved over that wall. I came to look at where the desk and the plants and the light fixtures are so I could think about how to paint a painting that would look good even though from some angles, there would be things in front of it.

I came to look at the color of the walls and ask myself what colors would work well with that light dove gray. I came numerous times to walk through quickly to think about what it would be like to see a painting there while passing by. Some people will go through that lobby seven days a week and some people only once. So I was asking myself, “How do I make a painting that speaks to both experiences?”

I tried to paint something very site-specific, something that responded to all of that. But of course, until the piece actually is there, installed, I won’t know how successful I have been. I am thrilled to actually have the chance to find out for real, but I am scared, too.

For the next three years ...

I have to finish the piece that is going out to Pasadena (Calif.) for the 30th anniversary of the launch of the Hubble Telescope (April 2020), and then I have to build a shipping crate for it. That piece is 15 feet wide and 7 feet tall and in 10 panels, so building a good safe shipping crate is no joke. And you may notice that though this piece going up at M2 is called “100 Famous Views of the Universe,” there are only 36 panels there. I really do intend to get to 100 and right now have another 36 panels on the way. And I have started a series of small to moderately sized round paintings ... it’s too soon to talk about those in detail; you have to let ideas grow in the dark for awhile, or else you are constrained to what your conscious mind can already grasp. I also have the urge to do something with large dragon marks that move across walls and around corners, kind of like a form of zen graffiti. I think I will test that thought out in my own apartment. (Note to my landlord: Don’t worry, the marks will be made in my studio on a giant roll of paper.)

Where did your interest in the Hubble Telescope develop?

I don’t remember when or where I first saw the photos that were coming out of it, but they are ravishing. And anyway, I am secretly an amateur science geek. I like fluid mechanics, too.

Excited for the trip to Pasadena?

I am very excited about having my work out there, which is to say, having my soul go to Pasadena. I very much hope my body will get to go, too.