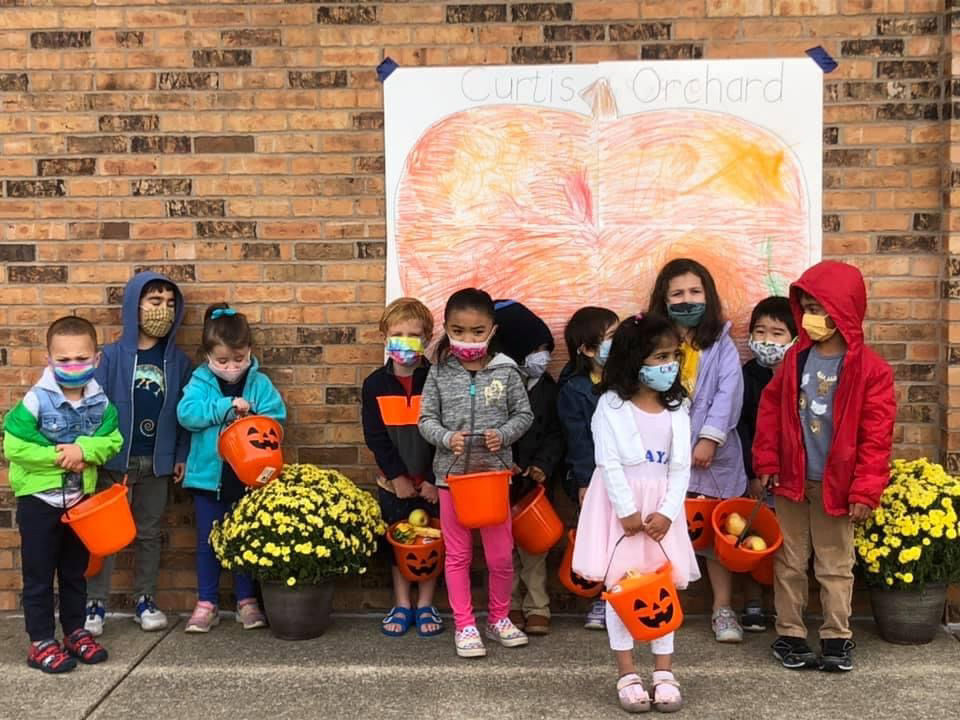 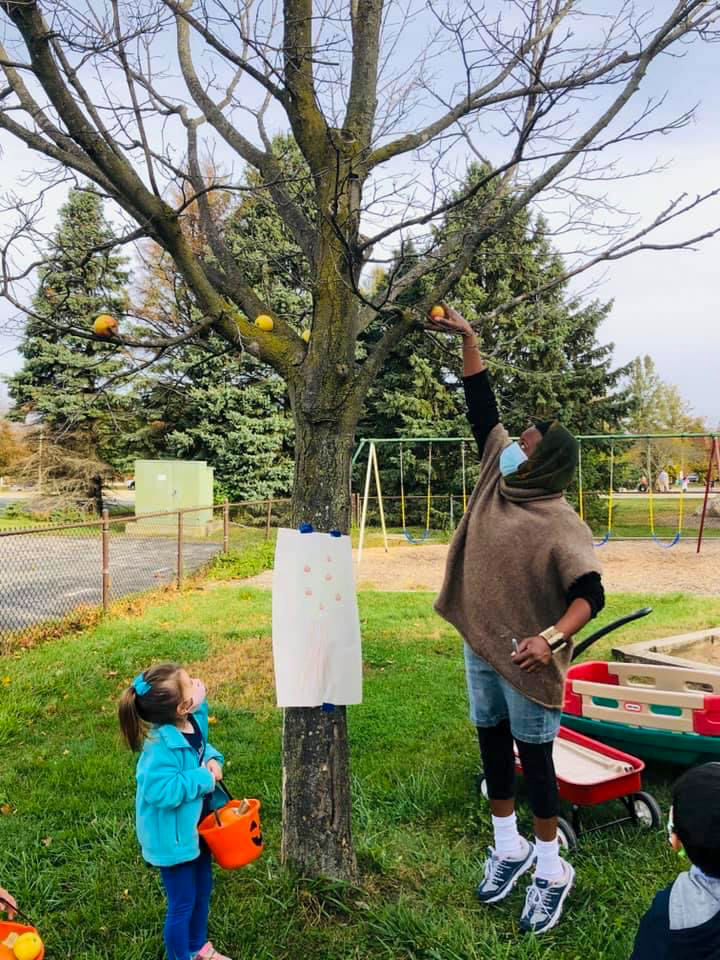 Montessori teacher Val Peat picks an apple from a tree for a student during Wednesday’s make-believe field trip to Curtis Orchard. 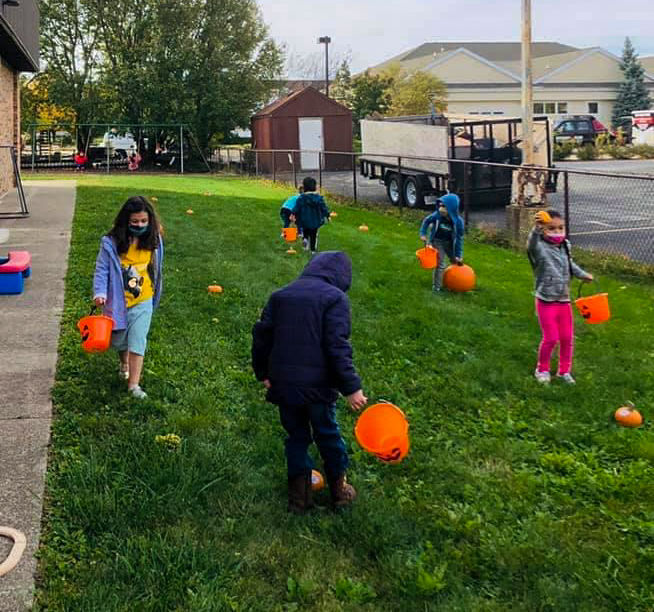 Montessori teacher Val Peat picks an apple from a tree for a student during Wednesday’s make-believe field trip to Curtis Orchard.

The apples weren’t attached to the trees at Montessori School of CU on Wednesday.

Rather, they were carefully placed on the leafless branches.

It was supposed to be the day of the school’s annual field trip to Curtis Orchard, a trip that simply couldn’t happen this year because of COVID-19. Instead, teacher Val Peat set up a Curtis Orchard experience at the school, complete with a large pumpkin sign made by the kids, donuts and cider from the orchard delivered by parents, gourds, and an election between two large pumpkins.

“We basically did everything that we normally do,” Peat said. “The only thing we were not able to do was feed the goats and go on their playground and maze, stuff like that. But generally, we tried to make it as much as possible the things that they were used to doing.”

In her previous 29 years at the school, Peat took her class to Curtis Orchard every year.

At the beginning of the month, Peat put a pumpkin on the classroom’s calendar on Oct. 14, and as the day approached, giddy children in her 3- to 6-year-old classroom would ask whether that day had arrived.

Finally, Wednesday arrived and Peat set up her classroom like a bus, loaded the kids up, and led them outside to a makeshift orchard. It wasn’t quite the same, of course, but in a year of missed opportunities, it was close enough.

“They just really had a good time with it,” Peat said. “So many things were taken away from the kids this year. There are so many things we cannot do. So to bring it to our playground was really nice for the kids. They really look forward to it.”