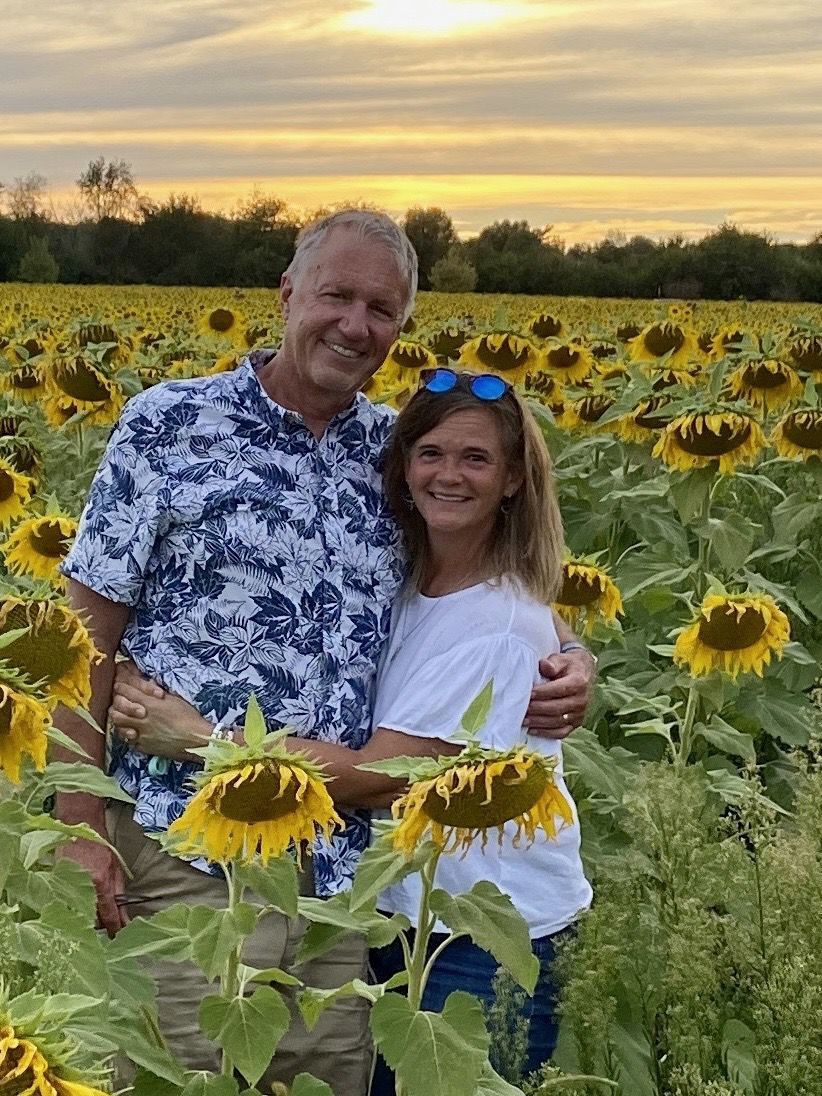 Illini Band Directors Beth and Steve Peterson in some Savoy sunflowers. The Petersons are moving to Colorado after more than six years directing the Illini Bands program. 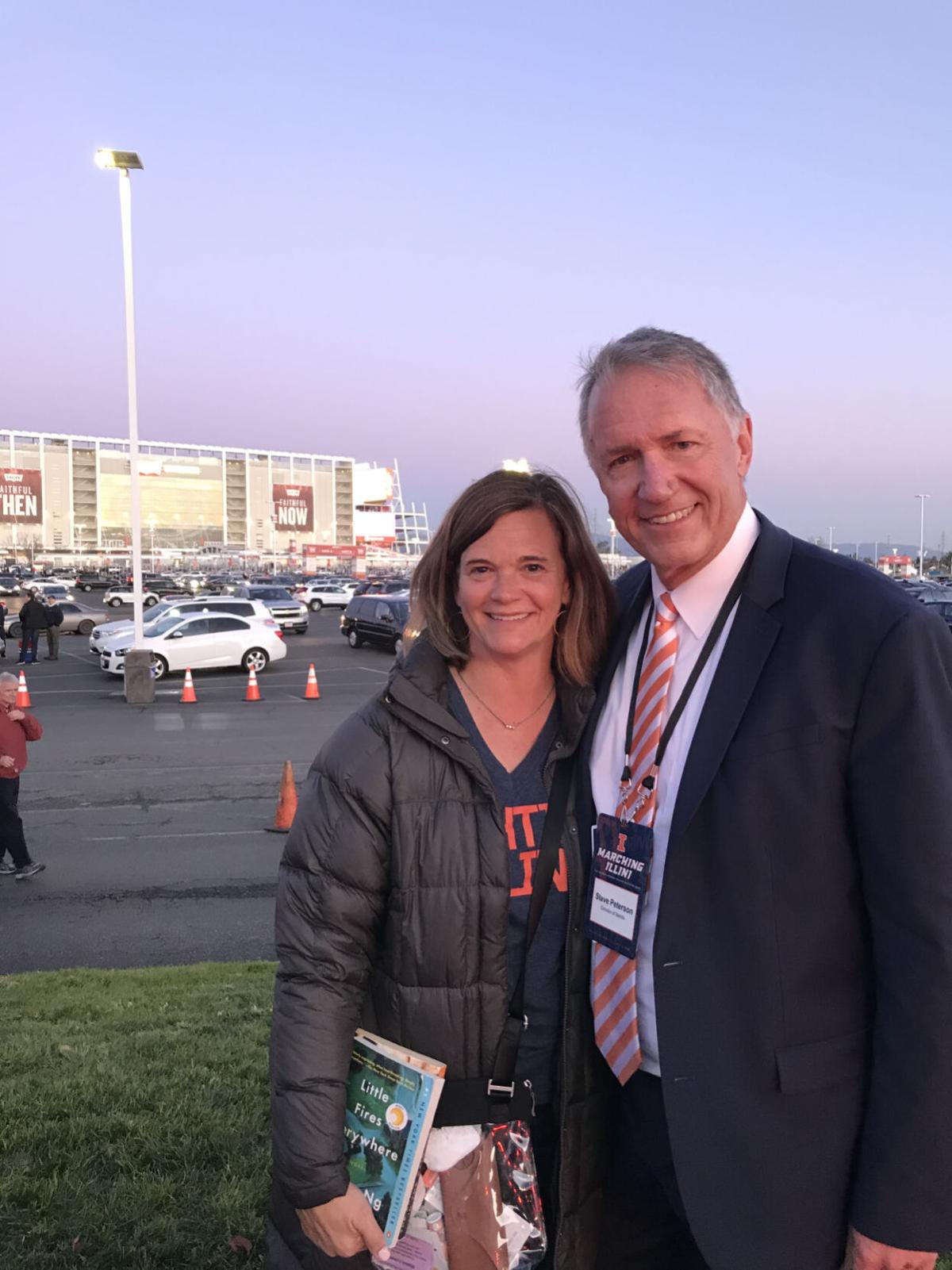 Illini Band Directors Beth and Steve Peterson at the Redbox Bowl. The couple is moving to Colorado after more than six years directing the Illini Bands program. 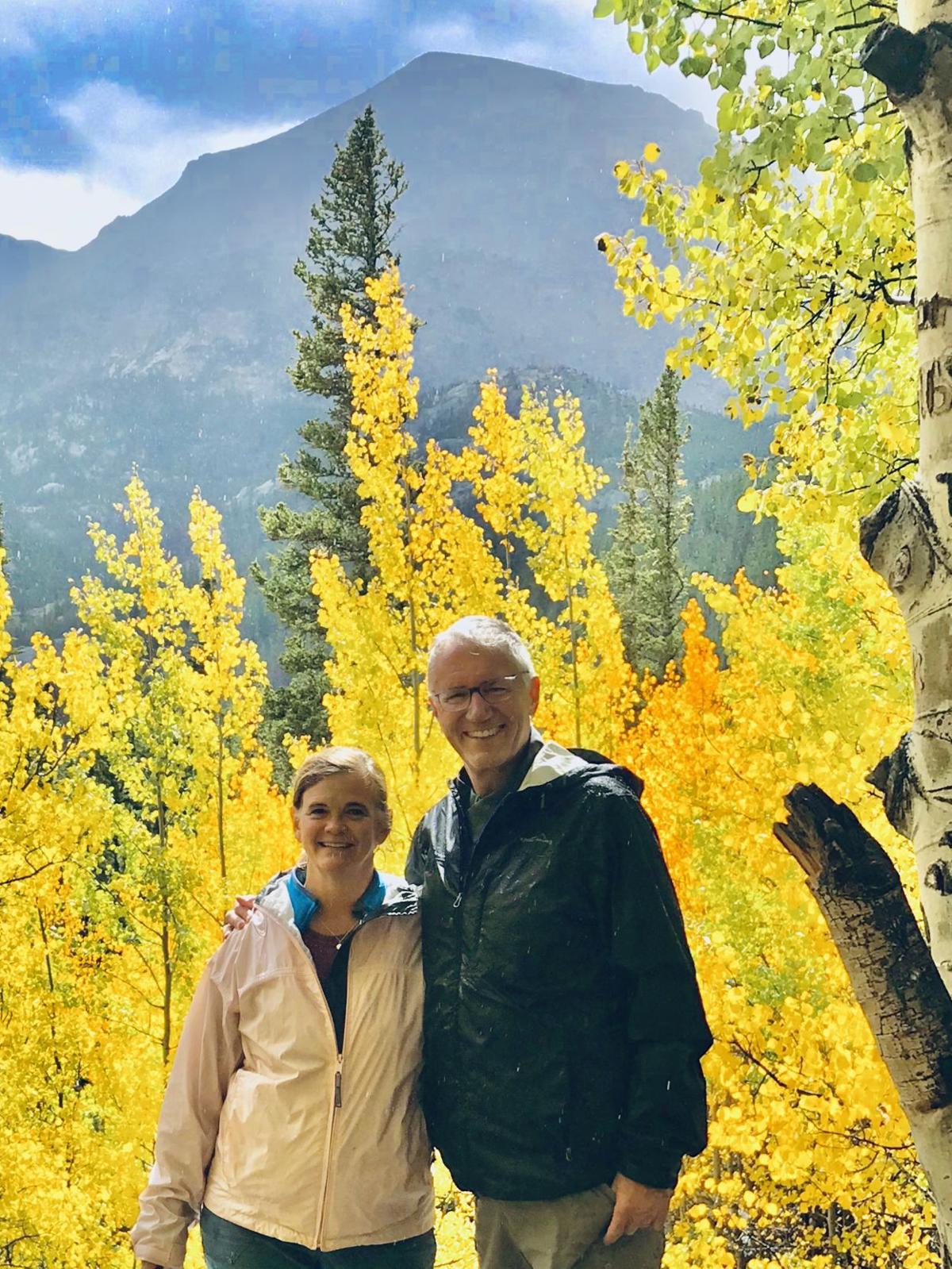 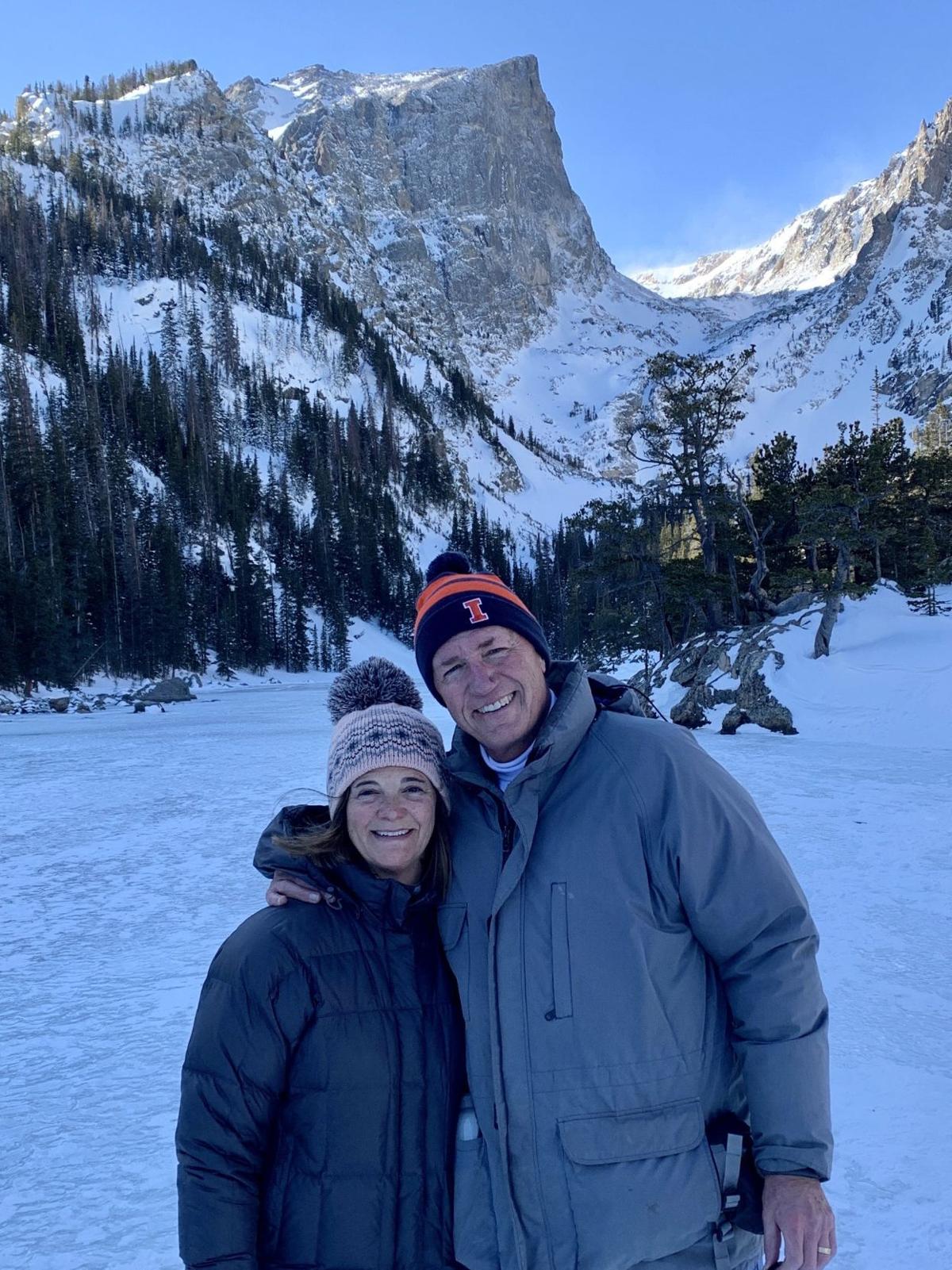 Illini Band Directors Beth and Steve Peterson in some Savoy sunflowers. The Petersons are moving to Colorado after more than six years directing the Illini Bands program.

Illini Band Directors Beth and Steve Peterson at the Redbox Bowl. The couple is moving to Colorado after more than six years directing the Illini Bands program.

URBANA — The married professors who’ve anchored the University of Illinois bands for the past six years are heading to Colorado come spring.

Professors Stephen and Beth Peterson, the director and associate director of the UI Band Program, will finish out their final academic year in C-U through their last concerts on May 1, 2022.

Both accomplished conductors — Stephen leads the school’s Wind Symphony, Beth helms the Illinois Wind Orchestra — the pair have performed across states and continents while driving academics in the program, running clinics in music education and, in Beth’s case, publishing two books on the subject.

The two began directing the Illinois band program in the fall of 2015, after 17 years together as band faculty members and conductors at New York’s Ithaca College.

“We’ve been a team everywhere we’ve been, and we’ve been very lucky to have both been hired in our last two college positions,” Stephen said.

The couple will be settling in Fort Collins, Colo., their “happy place.”

About an hour’s drive away, they own a mountain house at Estes Park.

They’ll be close to family and close to the peaks they can’t help but return to.

“We’re going to be right at the doorstop of Rocky Mountain National Park,” Stephen said.

“We spend a lot of our time hiking, I’ve done some tour guiding and hike guiding there in previous summers, and that’s something I’ll continue to do.”

For Stephen, it’s a full retirement after 43 years of teaching, with maybe some guest conducting and clinic work on the side.

Beth would like to stay in the music education space in one way or another.

“I don’t know what that will be, but I’m looking for something,” she said. “I like being in a college town and being around young people.”

The pair met at Northwestern in the late 1980s while Beth was working on her master’s in music education and trumpet performance and Steve was getting his doctor of music degree in wind conducting.

The marching band they worked with helped set them up on their first date. As part of the Northwestern band’s traditional dating game, a couple members’ phone numbers would be read aloud.

If anyone asked one of them out on a date, they’d have to accept.

“But if no one asks you out on a date, you have to go out with each other,” Beth explained.

The band shared Stephen and Beth’s numbers, and the game got to its conclusion, so the two went out.

“And secretly, I think we were both OK with that,” Beth said.

The privilege of teaching and leading UI’s band program — which at 153 years is one of the oldest in the country — is not lost on the Petersons.

“This is where everything in the American school band movement started,” Stephen said.

Many of lineages of band directors lead back to the Harding Band Building on Fourth Street, they said.

“It is truly a joyous place to work,” Beth said.

The couple said that the depth of Illini traditions, and students’ hunger to learn, stuck out during their time here.

“Illinois, for all the band world, is a very special place that everybody knows about and celebrates, and it’s been my honor to be the custodian of that for the past few years and set it up for whoever comes next,” Stephen said.

Countless concerts at Krannert Center for the Performing Arts will always be special memories for the pair.

“Every time I walk in there, it takes my breath away,” Stephen said.

As will the “quintessential Big Ten experience” of Saturday football game day marches with the band to Memorial Stadium, Beth said, conducting the national anthem and audiences along with it.

The list of colleagues and students the Petersons will miss is too long to recount, but there are other aspects of Champaign-Urbana life they’ll always look back on fondly.

For Stephen, it’s witnessing the farming cycles of the Midwest during his drives to campus from their Mahomet home, or making stops with friends at Maize Mexican Grill and Riggs Beer Company.

For Beth, the hospitality in the area — like when neighborhood girlfriends care for her dog — will always endure in her mind.

“I’m always amazed when you come to four-way stop here and everybody is so kind they just let everybody else go, and no one ever goes,” Beth said. “I’m a Midwesterner at heart, and the students have that loveliness too.”

But of course, there’s still plenty left to do. Stephen's wind symphony next performs on Nov. 5, Beth’s wind orchestra’s next show falls on Nov. 16.

The Petersons, both educators at heart, believe in the trajectory of the program they’ve helmed.

“It’s like a living organism that we were just part of for a little while,” Stephen said. “Hopefully, 153 years from now, it’ll still be going strong.”