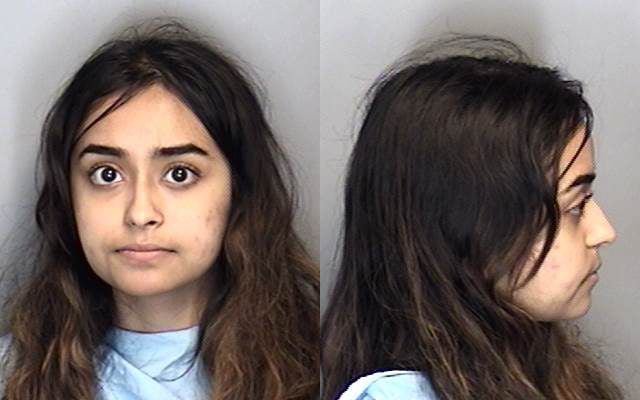 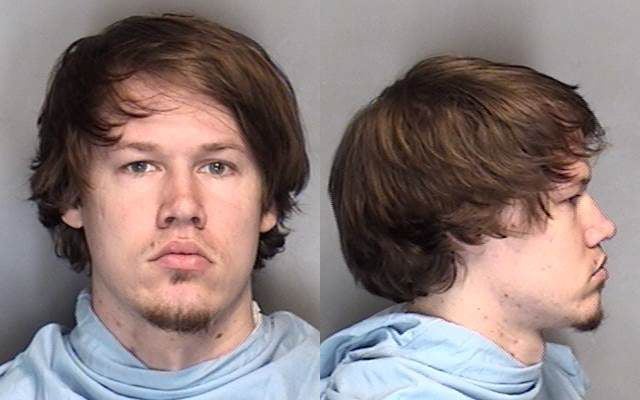 URBANA — Two University of Illinois students have been criminally charged for allegedly threatening a man with a knife so they could delete information from his computer.

Roommates William Farrell, 23, and Summer Sundas Naqvi, 21, who both listed an address in the 300 block of East White Street, Champaign, were arraigned Tuesday on charges of intimidation and aggravated unlawful restraint, Class 3 felonies, following their arrests Monday by UI police.

The charges stemmed from an incident that happened in the apartment of Naqvi's ex-boyfriend in the 400 block of East University Avenue late Thursday afternoon. The victim did not report what happened to police until Saturday morning.

State's Attorney Julia Rietz said Naqvi and Farrell allegedly threatened and intimidated Naqvi's former boyfriend so that Naqvi could delete information from his computer that the victim believed was related to Naqvi's allegations of sexual harassment against former UI economics Professor Joe Petry.

In a Facebook post Sunday afternoon, Naqvi identified herself as the student who posted an anonymous message on Reddit in early April accusing Petry of sexual misconduct with students.

Petry was placed on administrative leave from his teaching job in early February while the UI investigated him for a sexual-harassment complaint filed last fall, according to emails and other information obtained by News-Gazette Media.

On April 27, Petry announced his retirement from the UI, effective May 31, saying his resignation was part of an agreement he signed with the UI in exchange for the investigation being dropped.

The university, however, maintains that the investigation continues and that Petry remains on leave. The two sides disagree about whether the agreement, signed in early April, is valid. UI spokeswoman Robin Kaler said Tuesday the investigation is "ongoing," and documents show the case has been referred to an outside law firm.

Summarizing the UI police report, Rietz said that Naqvi contacted her 23-year-old ex-boyfriend Thursday to say she wanted to talk to him. He invited her to come to his apartment, and when he went to the first-floor main entrance to let her in, Farrell came around the corner, allegedly grabbed him by the shirt and demanded that he delete his Reddit account.

When the man refused, he and Farrell got into a physical struggle, with Farrell putting the man in a headlock. The alleged victim grabbed a folding knife that Farrell had in a holster on his hip and tossed it away, but Naqvi retrieved the knife and gave it back to Farrell, according to the report.

Farrell then allegedly held the knife on the victim as the trio made their way upstairs to his apartment.

"In his apartment, she deleted files from his computer and cellphone while Farrell stood by him with the knife and made threatening statements to him," Rietz said.

She added that the victim reported that Farrell was holding the knife to his throat.

UI Police spokesman Pat Wade said Farrell made the man sit on a bed while he blocked the door and Naqvi accessed his computer.

"We don't know what files she deleted and why she deleted them," Wade said. "She declined to talk to detectives."

Farrell did give police a statement Monday, and afterward, both he and Naqvi were arrested.

Wade and Rietz confirmed that the alleged victim was not physically harmed and that the incident continues to be investigated.

Both appeared Tuesday before Judge John Kennedy, who set bond for each at $25,000. Urbana attorney Tom Bruno appeared for Naqvi and entered a not guilty plea.

Farrell asked for the services of a public defender, requested a probable-cause hearing and was told to be back in court May 16. Naqvi is due back in court July 2 for a pretrial status hearing. Both UI seniors remained in jail Tuesday afternoon.

If convicted of either of the Class 3 felony offenses, they face penalties ranging from probation to two to five years in prison.

Naqvi's Facebook post repeats the claims she made anonymously about Petry on Reddit. It said she had shared incriminating information with UI police last fall and criticized the UI for allowing Petry to continue teaching until February.

In the post, Naqvii said she initially publicized the information because the university had told students only that Petry was on emergency family leave.

Through his attorney, Petry said late Tuesday that some accusations leveled against him are not true but admitted engaging in "communications of a social nature" with an unnamed former student through a social-media platform. He said it was consensual and insisted he did not violate any university policies, but expressed regret for his "poor judgment" and any harm caused to his family and others.

William Farrell, 24, of Wadsworth was charged in a Jan. 16 break-in at an apartment in the 300 block of East John Street, Champaign, while Summer S. Naqvi, 22, of Skokie was charged with the same crime under the theory she was accountable for Farrell’s actions.