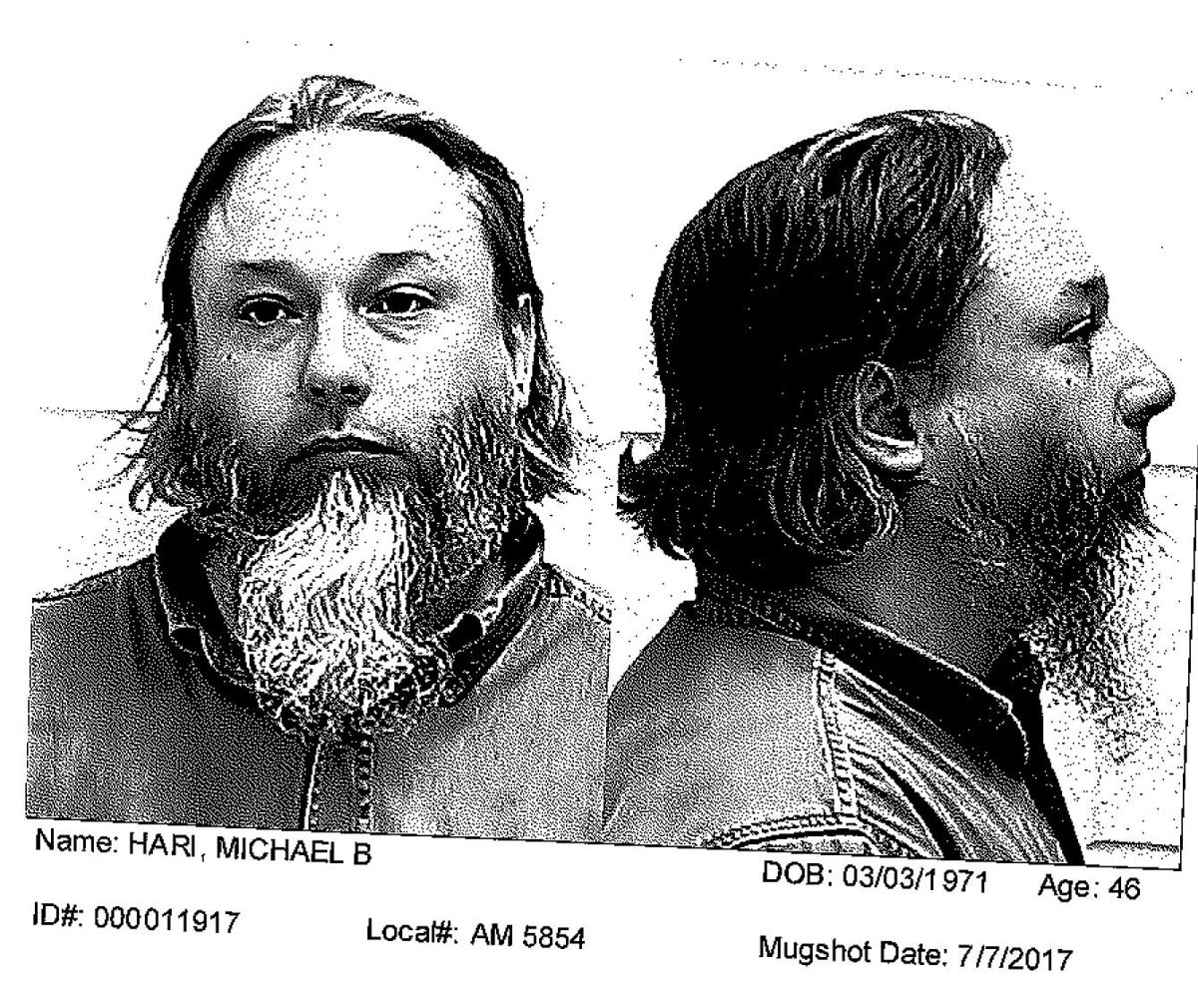 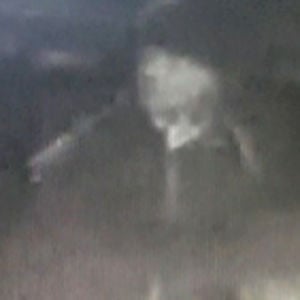 URBANA — Four Ford County men are in federal custody for possession of a machine gun, a charge intended to hold them while the government seeks additional charges that allegedly link three of them to a mosque bombing in Minnesota and the attempted bombing of a women’s health clinic in Champaign last year.

The four are Michael Hari, 47, Michael McWhorter, 29, Joe Morris, 22, and Ellis "E.J." Mack, 18, all of Clarence, a small community in southeastern Ford County about halfway between Paxton and Rankin and about 35 miles northeast of Urbana.

Hari, a former Ford County sheriff’s deputy and one-time Libertarian candidate for sheriff, is believed to have been the leader of a homegrown domestic terrorism group to which the other men belonged.

In a hearing Tuesday afternoon, Magistrate Judge Eric Long remarked that the "weight of the evidence is fairly strong" and ordered Hari held until trial. Both Hari and Morris made initial appearances while McWhorter and Mack are supposed to be in court Wednesday.

As authorities in the Central District of Illinois were announcing their arrests, federal prosecutors in the District of Minnesota were doing the same. Hari, Morris and McWhorter have been charged in criminal complaints in that state with arson for the Aug. 5 firebombing of the Dar al-Farooq Islamic Center in Bloomington, Minn.

A 15-page probable-cause affidavit in support of their arrests linked those three to the August bombing that happened  in Bloomington during early-morning prayers while people were present, and the Nov. 7 attempted firebombing of the Women’s Health Practice at 2125 S. Neil St., C.

In the Minnesota explosion, five men were in the mosque about 5 a.m. when a bomb exploded, doing extensive damage to the building but apparently not injuring any people.

In the Champaign bombing attempt, an employee arrived for work about 7:30 a.m. on Nov. 7, discovered a broken window and found a piece of PVC pipe with thermite, a pyrotechnic compound, inside. The pipe had duct tape on one end and a plastic cap on the other. A bomb technician concluded the device, found in a surgical room with oxygen tanks, was intended to burn. However, it did not.

Among the highlights of the detail-filled affidavit:

— In late December, Ford County Sheriff Mark Doran provided photos to the FBI that he had received from a confidential source showing weapons and bomb-making supplies in the Paxton home of Hari’s parents, with whom Hari frequently stays because his own home in Clarence was said not to have running water or electricity.

— In late January, a second confidential source provided authorities with information that Hari, McWhorter and Morris were responsible for the mosque and health clinic bombings.

The source told FBI agents that Hari had recruited him to be part of his group and that the source had seen fully automatic illegal firearms, video jammers and Tannerite, a brand of exploding target used for firearms practice, locked in a safe in Hari’s office in Clarence.

The source heard Morris talk about throwing a black-powder pipe bomb at the Minnesota mosque. Morris allegedly said Hari was to pay them $18,000 for their participation in the bombing. Morris also told the source that he made and placed the incendiary device at the women’s clinic but it did not go off.

With information from the source, authorities learned that Hari had rented a black truck in Champaign on July 27 that was returned on Aug. 6, the day after the Minnesota mosque bombing. The truck, similar to one seen on video leaving the mosque parking lot just after the bombing, had more than 3,000 miles on it. Round-trip distance from Champaign to Bloomington, Minn., is about 1,040 miles.

— In mid-February, the source provided FBI agents with pictures of items in Hari’s parents’ garage, including a photo of the "Anarchist’s Handbook," which has instructions on how to make bombs. The photos also showed tools such as a drill that could be used to make pipe bombs.

— A few days later, on Feb. 19, the Bureau of Alcohol, Tobacco, Firearms and Explosives received an anonymous tip that there were explosive devices in a shed on Main Street in Clarence. The residents living there consented to a search. In their shed, authorities found "multiple explosive devices" that the occupants said they had no idea were there and that they suspected Hari had placed there.

Hari is currently charged in Ford County Circuit Court with the assault of the man on whose property the devices were found. That stemmed from an incident in July 2017 in which Hari allegedly argued with the man and held a pellet gun to the man’s head.

Hari was arrested Tuesday morning as he made his way to a court appearance in Paxton on that case.

— On Feb. 27, during a canvass of Hari’s neighborhood, agents found four shotguns and four assault rifles in a camouflage bag, a hard gun case, a green plate carrier with soft armor and a bandolier with several 12-gauge bullets at the home of McWhorter’s brother.

Three of the four assault rifles were found to be fully automatic, meeting the definition of a machine gun. The brother told police that Hari and Morris had dropped off a bag at his home a few days earlier. He said Hari told him police would probably want to talk to him (Hari) and asked the brother if he would hold the guns until after that happened.

As police were interviewing the brother Feb. 27, Hari arrived at the home asking to speak to the brother. Agents turned him away.

The brother also told agents that on prior occasions, he was at Hari’s office when Hari asked him if he wanted to see "science stuff" and showed him a piece of braided wire that when combined with a fluid, burned for a few minutes.

On a different occasion, Hari reportedly showed him containers of liquid and powder that Hari claimed were supposed to "burn really hot" when added to fire.

And on yet another occasion, the brother saw Hari cleaning some of the same weapons taken from his house Feb. 27. Hari asked him not to tell anyone about them because "they are lightly modified, two are semi-auto and one is fully auto."

— On March 10, McWhorter was interviewed by an FBI agent and denied knowledge of explosive or incendiary devices but said he knew of four shotguns and assault rifles belonging to Hari. He knew three of them to be illegal and admitted that he helped Hari drill an assault rifle to make it capable of fully automatic firing. McWhorter said Hari instructed him how to do it and the work was done in Hari’s parents’ garage.

McWhorter told agents that he, Hari, Morris and Mack all knew the weapons were fully automatic because they had fired them outside of Paxton. The weapons were stored in a vault in Hari’s office in Clarence.

McWhorter admitted taking the guns to his brother’s house in a camouflage bag and a black plastic case.

— McWhorter admitted he helped in the attempted bombing of the Women’s Health Practice in Champaign in November. He said he, Hari and Morris were in a truck that Hari rented in Champaign and that the device they used had been made in Clarence by Hari.

McWhorter confirmed that it was Morris who was dropped off in the middle of the night and that Morris smashed the window and threw the device in.

— McWhorter also admitted taking part in the August bombing of the Bloomington, Minn., mosque. He said he, Hari and Morris drove there in a truck rented in Champaign and that each had specific roles.

Hari was the driver, Morris broke the window with a sledgehammer and McWhorter threw the bomb in and fled before it exploded. McWhorter claimed it was Hari’s idea to target the mosque, not intending to kill anyone but to "scare them (Muslims) out of the country."

— McWhorter also admitted that he, Hari, Morris and Mack participated in a home invasion in Indiana in December 2017 intending to rob a Hispanic drug dealer of cash while posing as police with a search warrant. They had the automatic weapons but did not get cash from the man.

— McWhorter also said the group committed three Walmart robberies in Illinois and that he, Hari and Morris planted the explosive devices on Hari’s neighbor’s property that police found in the shed Feb. 19.

— Interviewed separately from McWhorter on March 10, Mack admitted he shot the automatic weapons outside of Paxton, admitted participating in a home invasion in Indiana and said he was provided with a 12-gauge shotgun to use during it.

Mack also admitted participating in an attempted robbery that he said happened at a Walmart in Mattoon but that agents said matched a report they had received from a Walmart in Mount Vernon.

Hari has a storied history in Ford County, including a 2005 conviction for abducting his own children.

Assistant U.S. Attorney Jason Bohm told Long that the government wanted all four men detained  pending trial and that a grand jury is expected to meet in early April to indict the group.

URBANA — Three men from Clarence were arrested Tuesday for charges related to an August bombing of a mosque in Bloomington, Minn., and an attempted bombing in November at the Women’s Health Practice in Champaign.

Michael Hari, 47, Michael McWhorter, 29, and Joe Morris, 22, are all from Clarence, a rural community about halfway between Paxton and Rankin and about 35 miles northeast of Champaign-Urbana, according to Sharon Paul, spokeswoman for the U.S. Attorney’s office.

In November, local police responded to the Women’s Health Practice at 2125 S. Neil St. after a staff member found a broken window and what appeared to be a "potential bomb."

No one was hurt in that incident.

The clinic provides women’s services, including abortions, and is regularly the site of protests.

An affidavit released Tuesday accused Hari, McWhorter and Morris of being responsible for the bombing in Bloomington and the attempted bombing in Champaign.

They were all arrested Tuesday, along with 18-year-old Ellis Mack, also of Clarence, on charges of possession of a machine gun.

Only Hari and Morris made appearances today before U.S. Magistrate Judge Eric Long, and Hari was ordered detained pending trial while Morris is due back in court Friday for a formal detention hearing.

McWhorter and Mack have their initial appearances tomorrow.

More to come on this developing story.