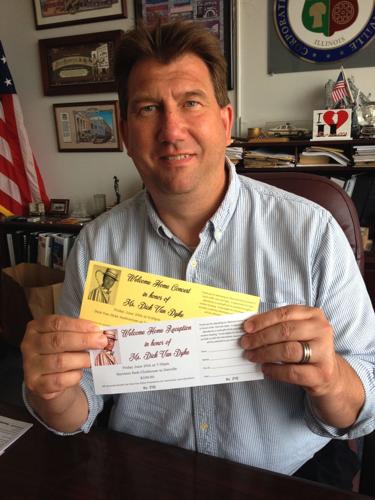 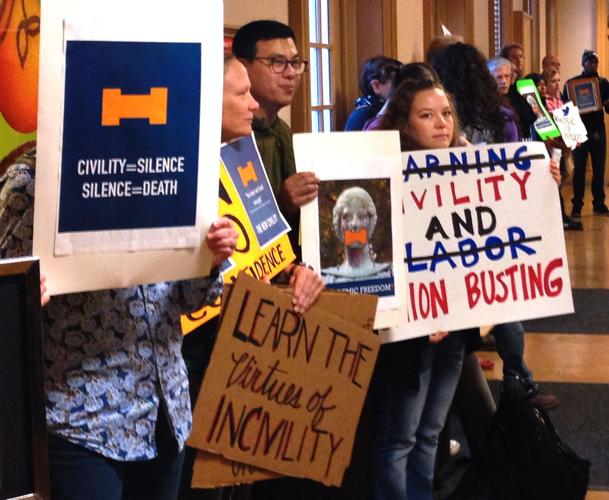 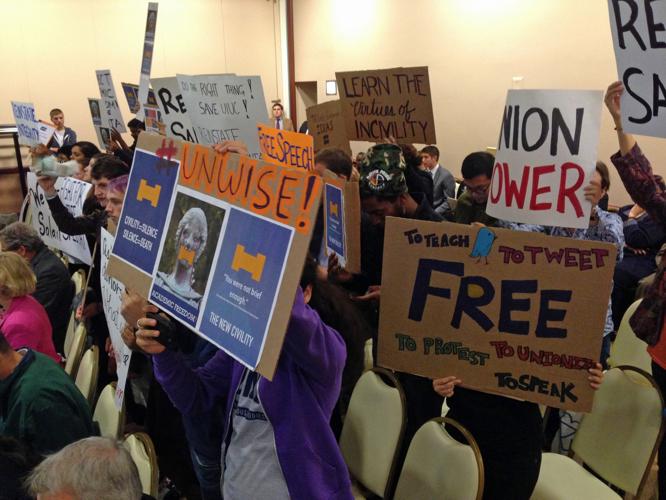 There’s no job for you here.

That’s the message the University of Illinois Board of Trustees sent to controversial professor Steven Salaita after an 8-1 vote this morning to reject a faculty position for him.
Trustee James Montgomery was the lone vote in support of Salaita; student trustees are required to abstain from votes on faculty appointments.
Montgomery, who had earlier supported a board statement of "unequivocal support" for Chancellor Phyllis Wise’s decision not to recommend Salaita's appointment, said he was concerned about free speech and the lack of consultation with faculty, and worried that academic boycotts over the issue could damage the university.
"We’ve had some very bad issues at this university over the last few years. We’ve had some bad choices, we’ve made some bad decisions, and we’ve gotten a bad name because of it. I don’t think we need to add to that at this point in time," Montgomery said.
The vote caused many of Salaita’s supporters, who waited in the Illini Union ballroom while trustees met behind closed doors for two hours, to react with shouts of "Shame on you!"

Salaita issued a statement today, saying he was disappointed by the board’s vote.

"Being at the school on Tuesday surrounded by so many supportive students and faculty was a professional high point for me and reinforced how rewarding it would be to work in that community. I have offered to meet with both the Board and the Administration, but not one of them has spoken with me or ever heard my side of the story," he said.

"They have no reason to doubt the high standard I have always maintained in the classroom. As I said in a less-notorious tweet, ‘I refuse to conceptualize #Israel/#Palestine as Jewish-Arab acrimony. I am in solidarity with many Jews and in disagreement with many Arabs.’ If they had cared to learn, they would have seen this and other tweets reflecting a similar sentiment. Given the Board’s vote, I am speaking with my attorneys about my options."

Chancellor Phyllis Wise, who said had initially approved Salaita's hire, reiterated her decision not to recommend appointment. President Bob Easter spoke in support of her decision.
Universities must be rooted in "open and frank discussion," Easter said, but in a pluralistic society progress is inhibited by "polarization, bigotry and hurtful dialogue that inhibits reasoned discourse."
"Professor Salaita’s approach indicates he would be incapable of fostering a classroom environment where conflicting viewpoints would be given equal consideration," he said.
Wise said she accepted the "responsibility of making difficult and even unpopular decisions."
"My goal has always been to make decisions in the best interest of the campus," she said.
To her "frustrated colleagues," Wise pledged to "continue to listen and learn and work hard to bring the campus together. She also pledged a commitment to shared governance and said the university would "be stronger because of this."
Trustee Patrick Fitzgerald said it wasn't an easy decision for him, but the board's duty is to ensure that students have a campus "where they feel that their views will be respected and not hated." He said he would vote similarly if a professor had posted something homophobic or racist, noting the university has to be an inclusive campus.
"That is not something that I as a trustee can vote for," he said.
Salaita's supporters, who had filled the board's meeting room, remained in the hall shouting slogans for awhile before moving outside for a rally on the Quad with labor supporters. They vowed not to let the issue die.
Robert Warrior, director of the American Indian Studies Program that had tried to hire Salaita, said he was "disgusted" by the board's vote.
"I think they've set back higher education at Illinois in really awful ways for a long time to come. As somebody who cares about academic freedom and somebody who cares about the issues involved, this is an enormously important moment. The board could have acted in a responsible way. Instead they chose to cave in to whatever other agenda they have."
Earlier, Warrior and other speakers urged the board to reinstate Salaita.
"This is not something from which we can simply move on, especially as our departments cease to function. Unless professor Salaita is reinstated, the world-wide boycott and on-campus protests will only escalate exponentially," said Ahmad Hamdan, UI senior and president of Students for Justice in Palestine.
"The external influences of a few have superseded the ethics and formal processes of the larger university," he said.
"What happens today will dictate the university’s integrity and trajectory for the days, weeks, and years to come."

Warrior told the board that "this is much more than a disagreement over whom we get to hire. Rather, it cuts to the heart of who we are, what we are becoming as an institution."

"I know that your authroity here is not merely a rubber stamp, but I also know that the way these board approvals have been done until now have made it seem like one. Suddenly shifting the ground over this case, where there are so many swirling issues and so much at stake for the campus and its leadership seems to me an abrogation of responsibility," he said,
Professor Anna Stenport, director of the UI’s European Union Center, said she had planned to reach out to new donors and foundations this month to support the many disciplines she represents.
"I am now quite reluctant to do so. I am unwilling to be the face of an institution whose Board of Trustees is seen by global media as failing to respect the legally protected First Amendment rights of free speech, established principles of academic freedom, and the faculty governance structures in place at Illinois."
She said some departments are considering canceling their own approved faculty searches because they fear no one will want to come to "a campus where they perceive the Board of Trustees does not respect faculty governance and intellectual freedom.
"Interference in the Salaita appointment has inflamed tensions between departments in ways that impede our work and collegiality. It has pitted faculty against faculty, and student against student," she said.
Former UI Trustee David Downey and student Josh Cooper, who presented a petition with 1,300 student signatures, backed Wise and the decision not to appove Salaita.
"The vast majority of our students on this campus are not walking out of class" and don't support statements by faculty "who would embarrass our institution," Cooper said."
"I personally know many students who would feel intimidated by a professor who endorses violence," he said.
Downey said Salaita seems to be an engaging, smart man, "and he probably will do very well. But I don't want him to do it here."

"Words are important. Otherwise why are we even talking?"

The board’s decision now paves the way for a possible lawsuit. On Tuesday, Salaita’s lawyers said they could seek injunctive relief and ask the courts to require the university to bring him on board and let him teach.
Salaita traveled to the campus Tuesday to publicly urge the board and university officials to reinstate him.
It hadn’t been clear there would be a vote at all. On Aug. 1, Wise said she would not forward his appointment to the board for formal approval because an affirmative vote was not likely.
Trustees were silent on the case until Aug. 22, when they released a statement expressing "unwavering support" for the chancellor.
And last week board chairman Christopher Kennedy last week said he didn’t think the board’s position would change.
Salaita’s salary was to be $85,000 a year.

Click here to listen to the vote on Salaita's appointment.

Click here to listen to interviews with Chris Kennedy and Bob Easter after Thursday's meeting.

A protest after the University of Illinois trustees voted against hiring Steven Salaita. Unions and interest groups planned a 'Unity Rally for Respect and Academic Freedom' to coincide with the UI board meeting on campus. Sept. 11, 2014

Salaita supporters at UI Board of Trustees meeting

Supporters of Professor Steven Salaita lined the hallway outside the University of Illinois Board of Trustees meeting at the Illini Union on Thursday September 11, 2014.