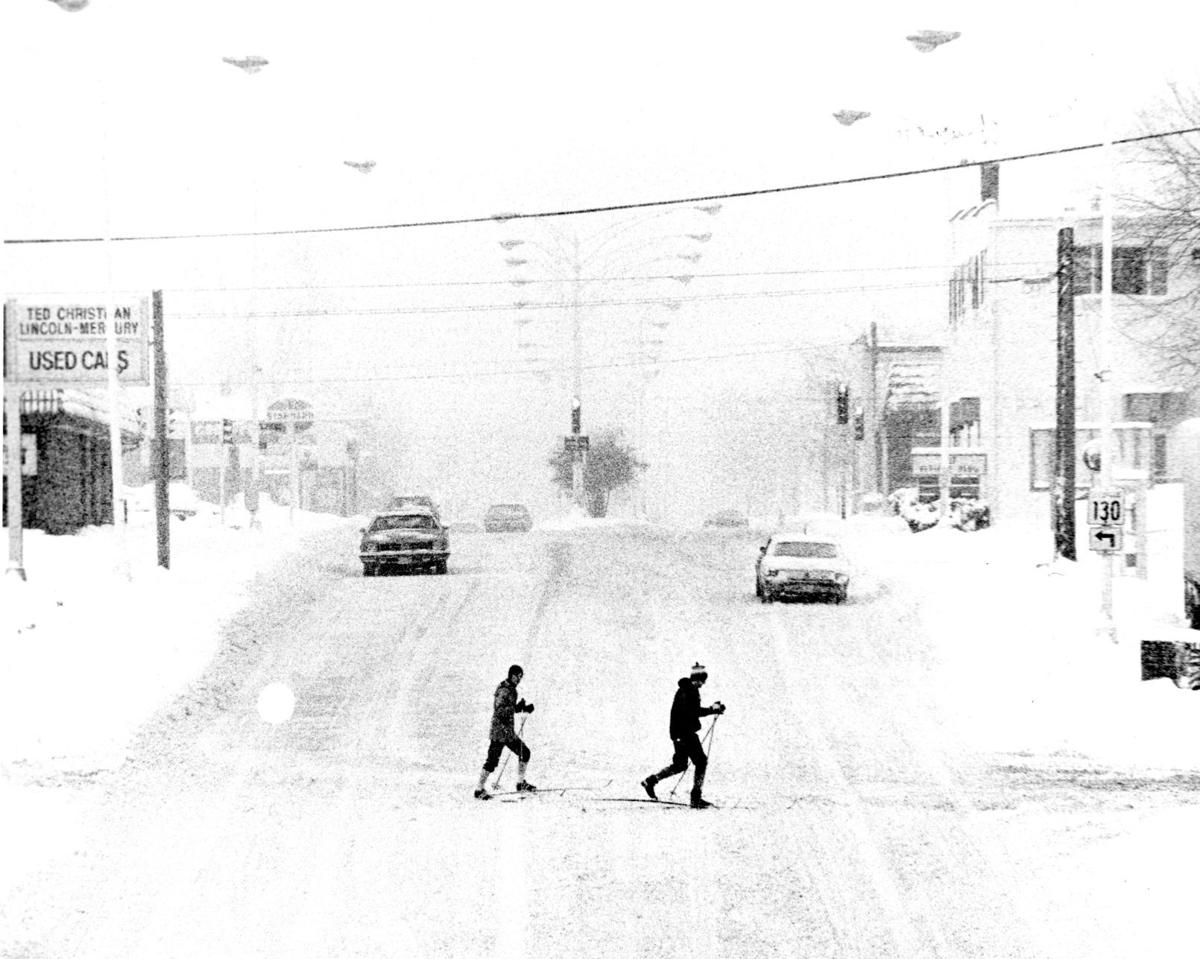 Two people ski across Vine Street in Urbana during a blizzard on Jan. 27, 1979. 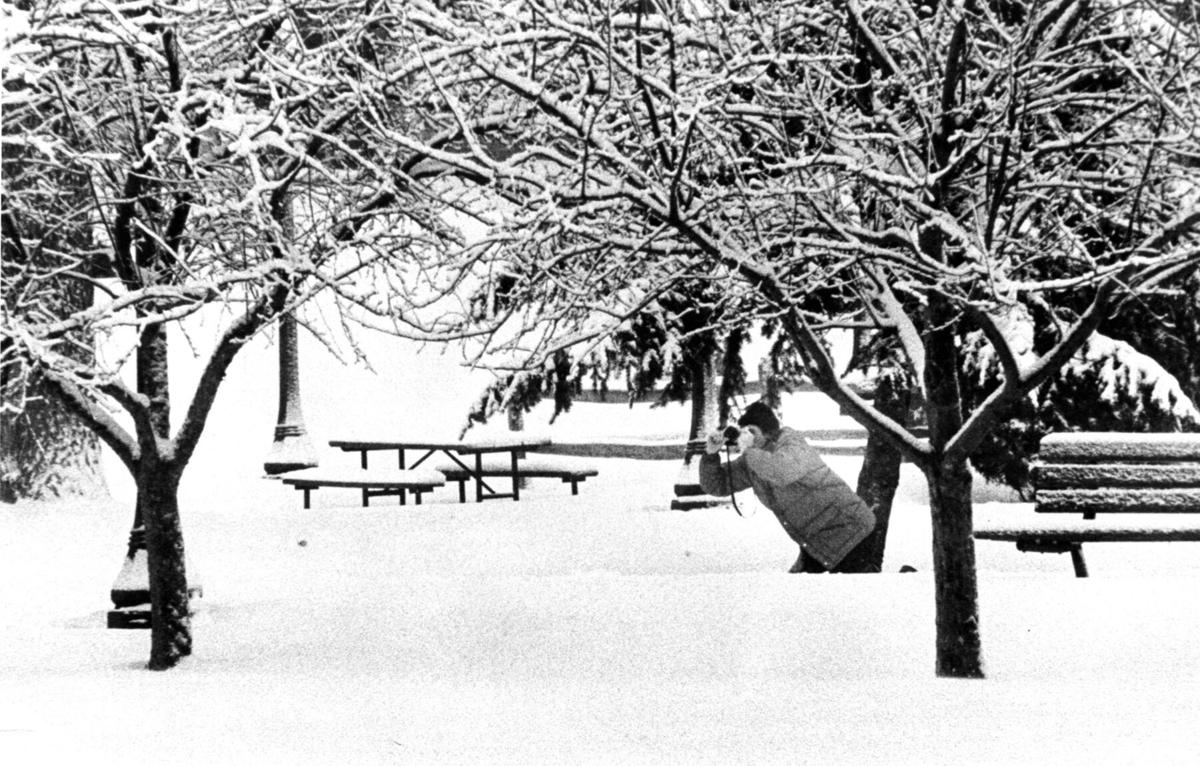 Someone snaps a photo on Jan. 25, 1979, of West Side Park in Champaign covered in a fresh blanket of snow. 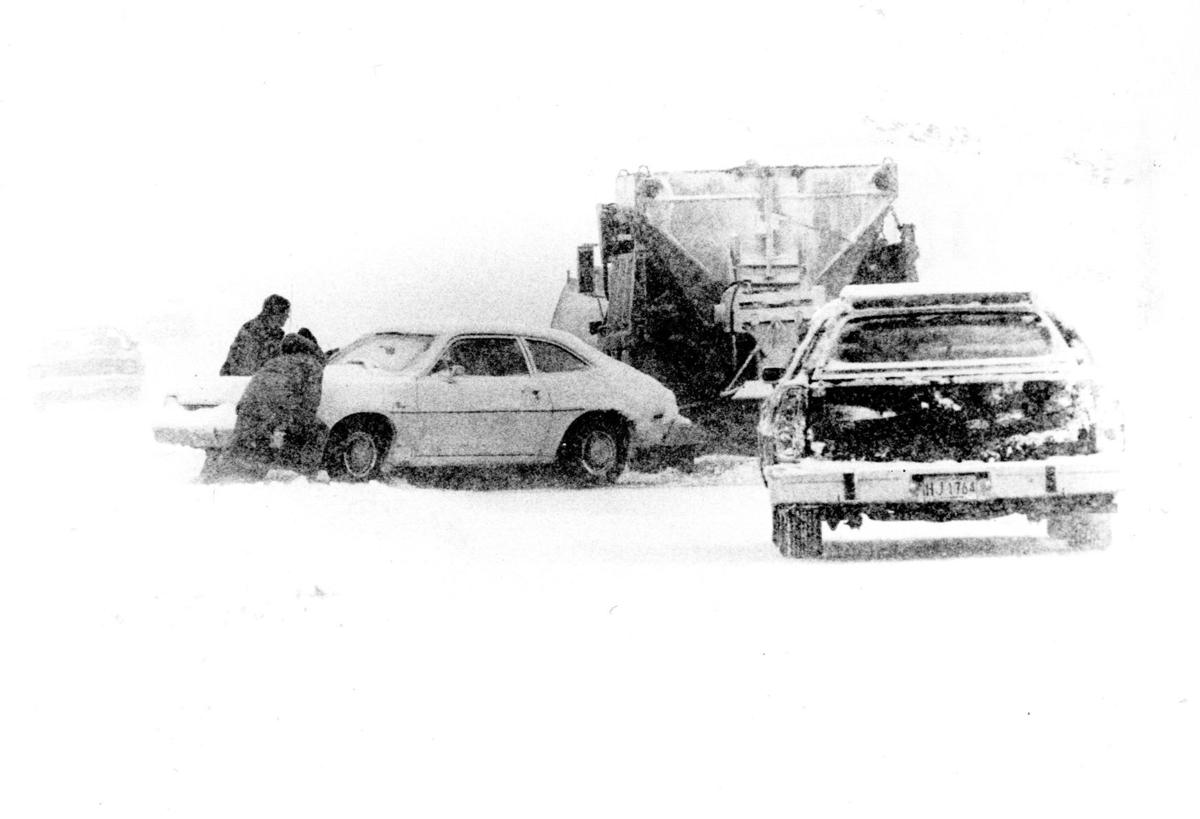 Many travelers experienced travel disruptions during the blizzard of 1979. 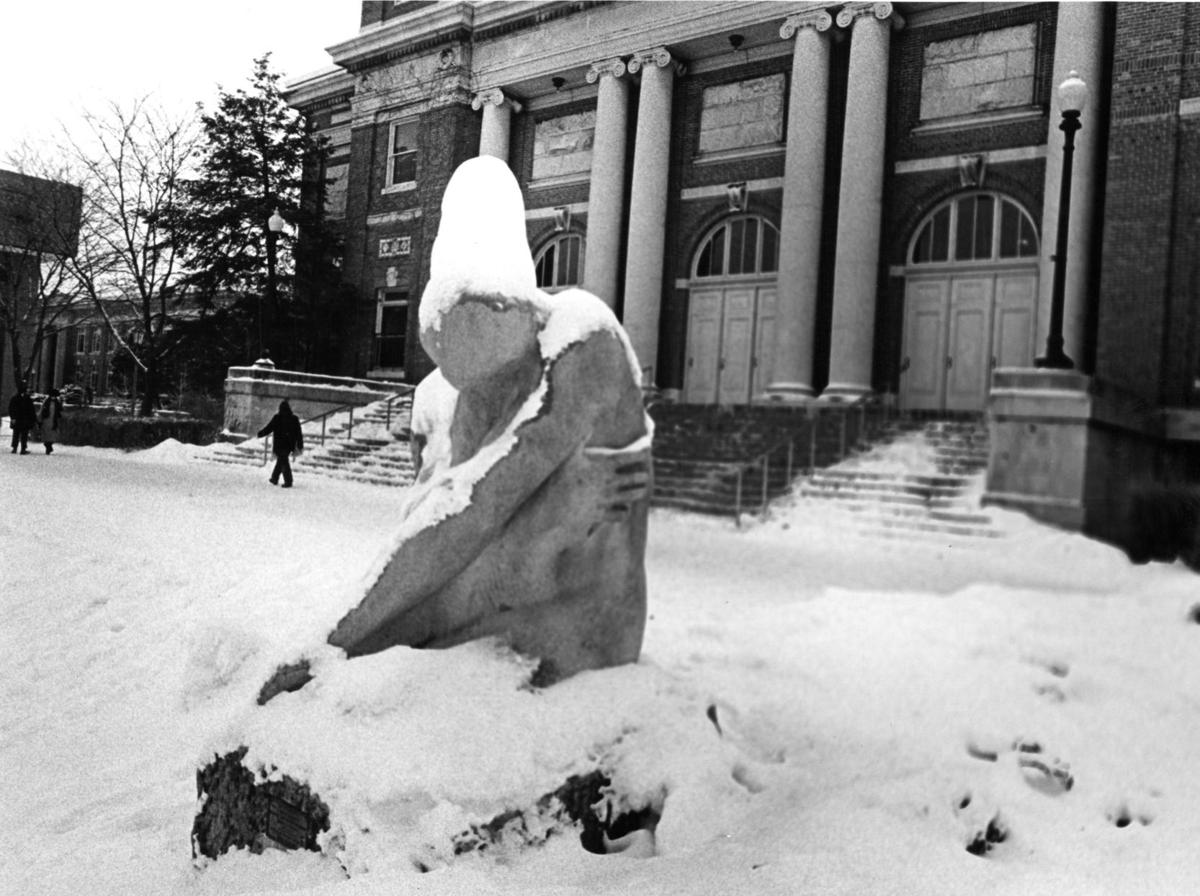 {caption}The entrance to Foellinger Auditorium on Jan. 26, 1979, covered in a blanket of snow.{/caption} 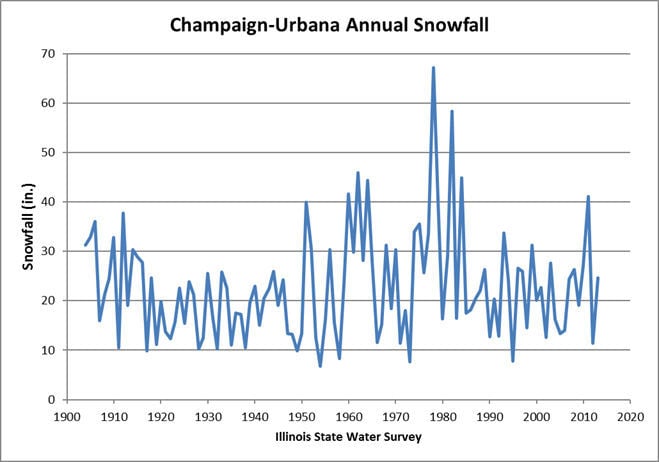 Two people ski across Vine Street in Urbana during a blizzard on Jan. 27, 1979.

Someone snaps a photo on Jan. 25, 1979, of West Side Park in Champaign covered in a fresh blanket of snow.

Many travelers experienced travel disruptions during the blizzard of 1979.

{caption}The entrance to Foellinger Auditorium on Jan. 26, 1979, covered in a blanket of snow.{/caption}

Growing up in the Chicago suburbs, my parents and relatives regaled me with tales of the mighty snowstorm of 1967.

This blizzard dropped a massive 23 inches of snow in 29 hours and effectively shut down the Chicagoland area.

When I moved to Champaign County, I expected to find old articles that showed how the 1967 blizzard had similarly affected this area, but I found that it was a different storm, in fact, a trifecta of annual storms, that truly defined the area’s struggle with blizzards.

From 1977-1979, each January saw an immense amount of snow blanket the area, with each year impacting the world of central Illinois in a myriad of ways.

Like the Chicago blizzard of 1967, cars were abandoned, businesses closed, babies were born at home and folks across the area were stranded, some staying with friends and others with strangers.

On the night of Jan. 26, 1977, only a couple inches of snow fell, but wind gusts of over 50 mph pushed newly-fallen and previously-accumulated snow across Champaign County, creating snowdrifts as high as 14 feet in areas, with 5- to 6-feet snowdrifts across I-74, I-57 and other local highways.

Plowed roads were recovered as quickly as they were cleared, and temperatures were so low that salt and sand had minimal effect.

Windy conditions returned Thursday night, and the county effectively shut down Friday, with schools and businesses closed and motorists stranded on roads throughout the area.

An Illinois Central Gulf Railroad freight train stopped along its path to C-U, picking up at least eight people whose vehicles were stuck in the snow.

At Chanute Air Force Base in Rantoul, the base hospital reopened its obstetrics ward for the first time in four years for three pregnant women who could not make it to another hospital.

An estimated 8,000 people were stranded throughout the 16 counties of central Illinois.

Some were stuck at local businesses due to the storm. The Racquet Club in Champaign hosted eight people overnight.

They made the best of the circumstance and played tennis into the early hours of the morning.

Willard Airport was also shutdown with at least 50 stranded travelers at the airport from Wednesday through Friday.

Although local papers described the storm of ‘77 as much worse than ‘78, the winter of ‘77-‘78 remains the record holder for most snow in a single season in Champaign County, with 67.2 inches.

By 1979, central Illinois residents and emergency services were prepared when they were hit with another massive blizzard.

Again, power outages and school/business closures occurred and continued into the weekend.

1979 was also a record-setting year with the longest stretch of time with snow on the ground in C-U at 62 days.

Memories of these mighty storms remain with many of our residents who lived through them.

For those who did not, the Champaign County Historical Archives preserves this history through numerous articles in our newspaper collections.

We also have an impressive collection of photographs from the 1978 and 1979 blizzards that show the impact of these storms in Champaign County.