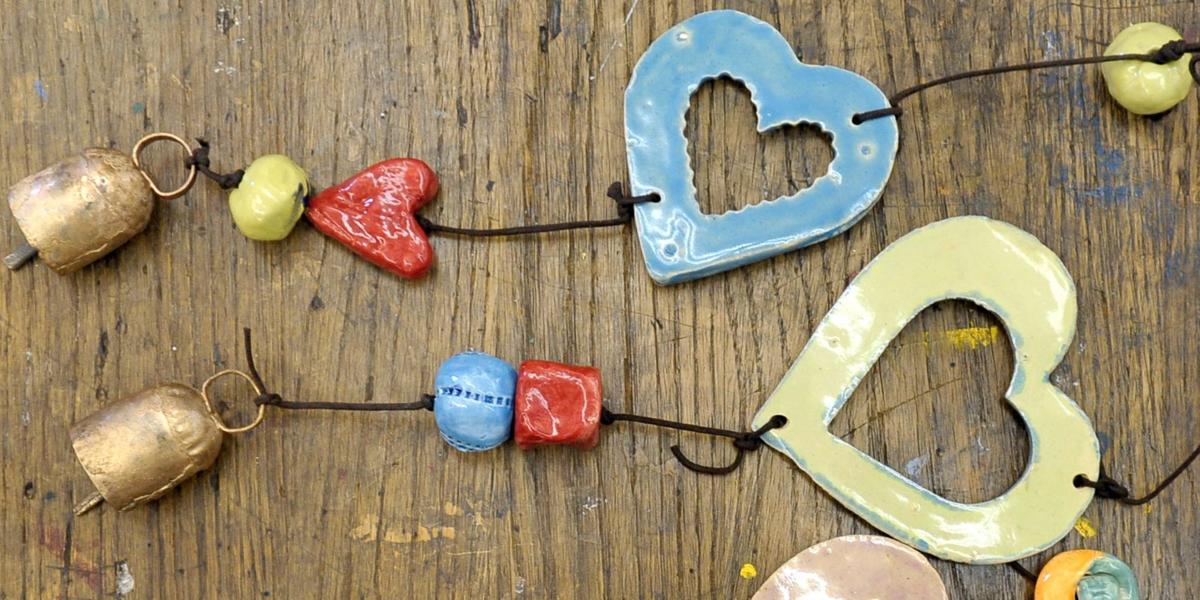 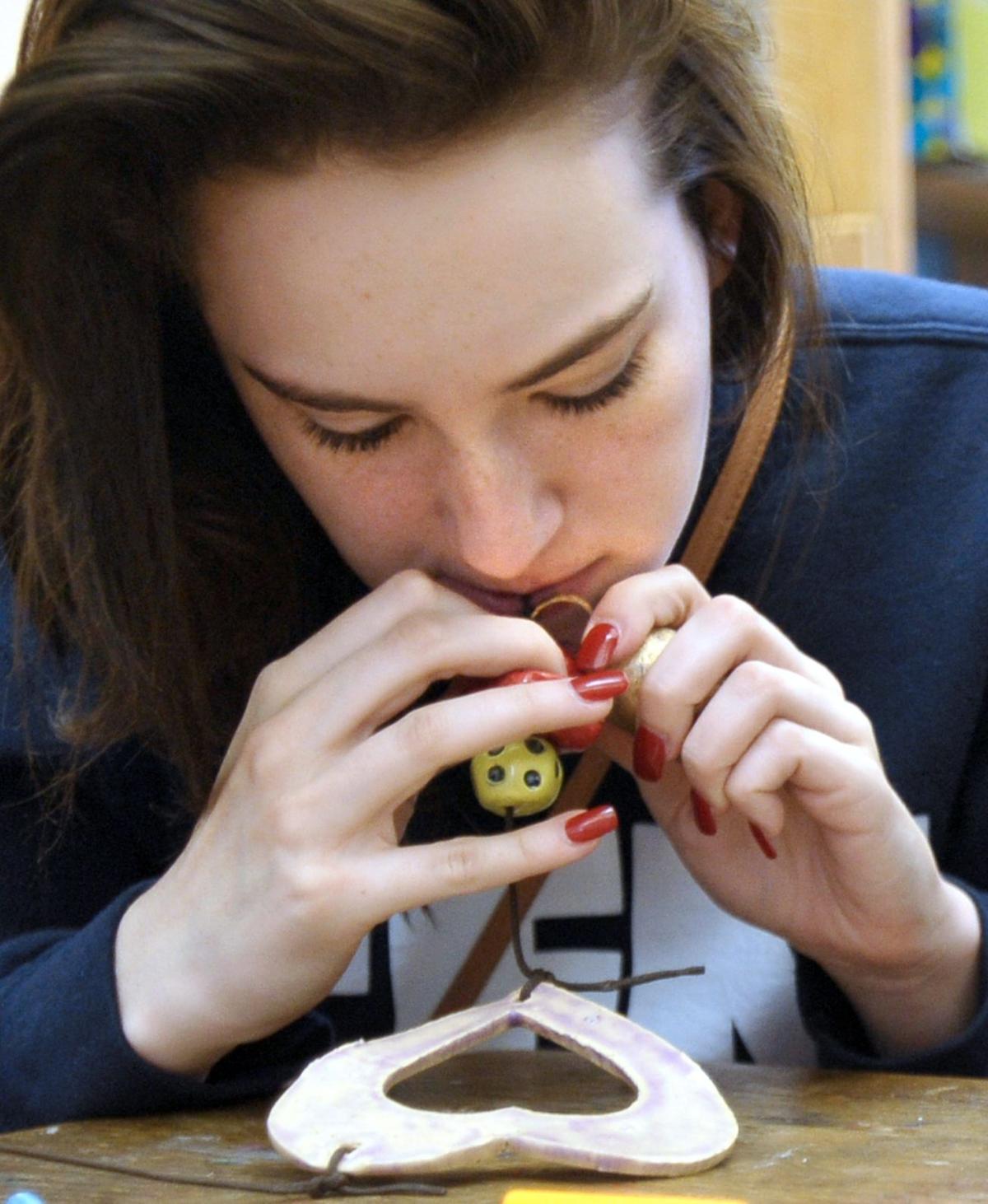 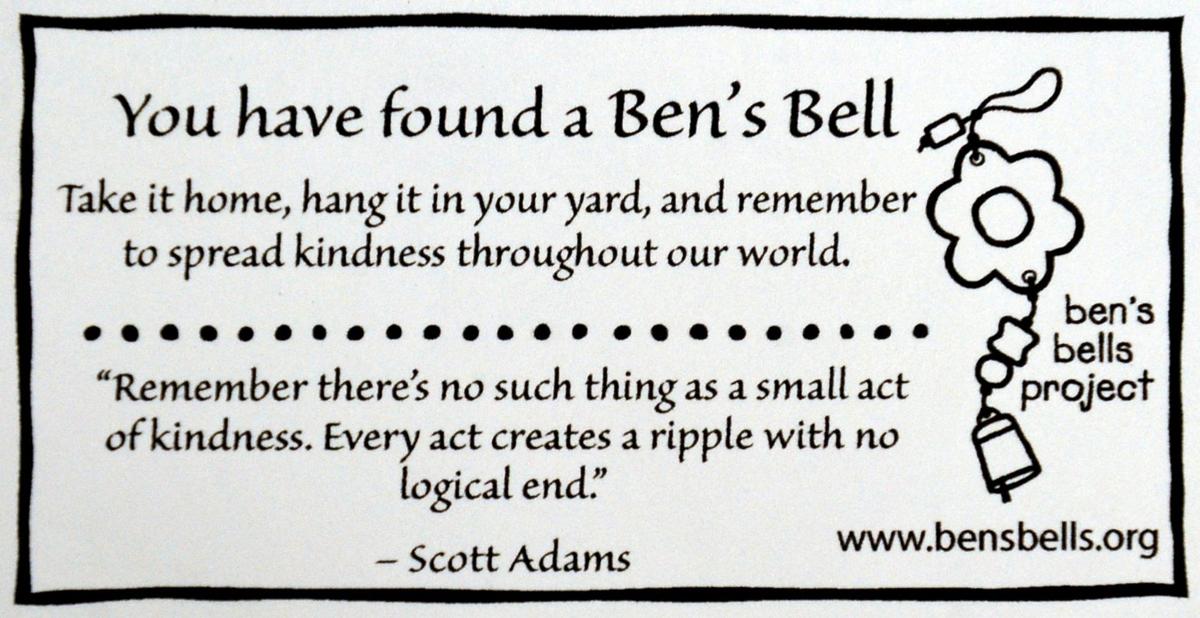 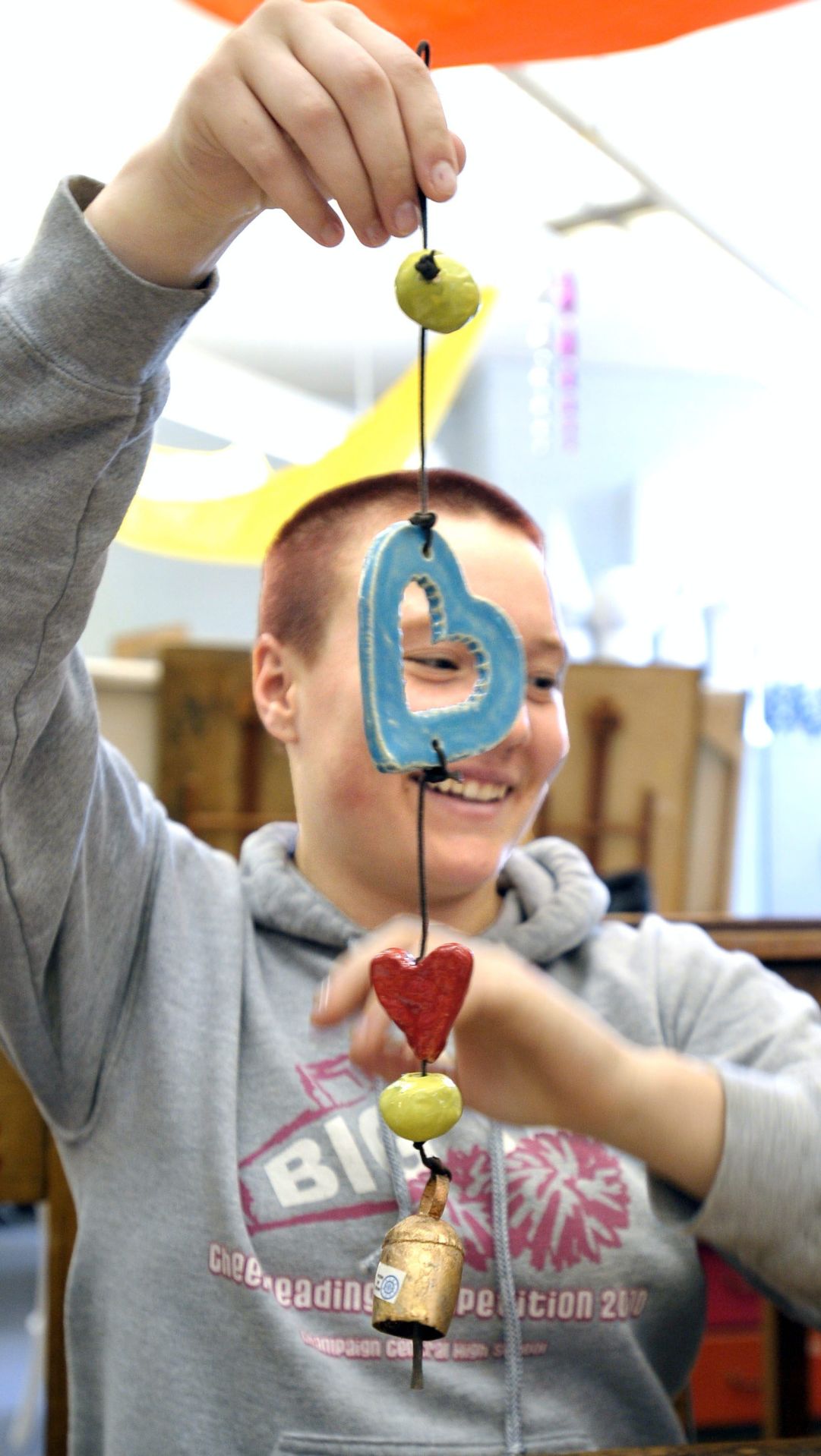 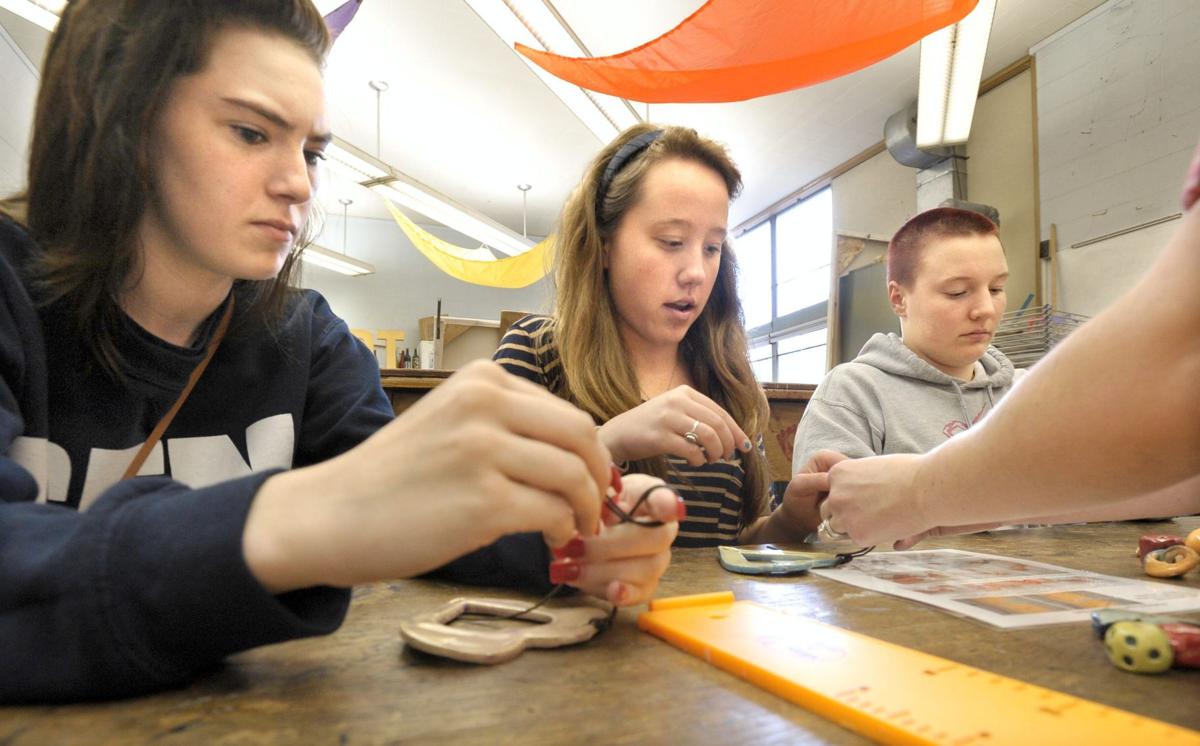 If you see a brightly colored, Southwestern-style wind chimes hanging in a public place, take them.

Don't worry — you're not stealing.

The wind chimes, made from ceramic beads, leather cording and a bell on the end, are called Ben's Bells. Local high school students made them, with the help from a class of future teachers from the University of Illinois, with the goal of spreading the word about intentional kindness. Champaign students will distribute them this morning and Rantoul students will do so this afternoon. They made 300 total.

And while it's meant as a way to reach out to community members — students have talked about the places where people might most need to discover a bell — it's also been a strong educational tool, said UI doctoral student Michelle Bonati.

Bonati is co-teaching a service-learning class for future social studies, special education and art education teachers with Stacy Dymond, an associate professor in the UI Department of Special Education.

The Ben's Bells Project hails from Tuscon, Ariz., where Bonati studied at the University of Arizona and worked as a special education teacher.

It was founded by Jeannette Mare, a friend of Bonati's, whose 2-year-old son Ben died in 2002. She and her family found kindness from others helpful to their healing process and started making Ben's Bells in order to encourage others to be kind.

Members of Bonati and Dymond's class have worked for the last three weeks with students from Centennial and Central high schools in Champaign, as well as Rantoul Township High School, to make the Ben's Bells. They made them with materials purchased with grant money from Action Research Illinois.

Bonati said by the time each wind chime is complete, 10 people will have contributed to its production, from rolling the clay and making the beads, to glazing and firing them and then assembling the entire piece.

While they hope to send a message about kindness in the community, the process of making the bells has also been a valuable learning experience for both Bonati's students and the high schoolers they're working with.

Students with and without disabilities participated in making the bells, and students in Central's Intro to Business Class a wrote press release about the project.

"It has been really fun," she said, as there are many different shapes and beads involved in the process. "What we're making is serving a bigger purpose."

Including students of all abilities was important to Bonati, she said, and Dymond said it's also important to make sure students with disabilities participate in contributing to the community. Many times, they're the recipients of service-learning projects that don't really involve them. This project, however, had them working with others to help community members.

Jaron Blood, a special education teacher at Centennial, said the project has given his students one more chance to work with other students. It helps his students establish an identity, so their peers understand that they're actual people, not just a label, Blood said.

It's also a unique opportunity for the UI students who aren't necessarily studying special ed to work with students with disabilities, he said.

"When they get into the schools, they'll end up most likely having students with disabilities in their class," Blood said.

Blood said he believes there's value in the having the high school students and university students working on a community-minded project.

Laura Billimack, art teacher at Rantoul Township High School, said she liked the idea of having her students work together on a community-minded project.

"Students are used to having the typical, individual art projects where there's a goal or an end, something to take home and put on your wall, maybe," Billimack said. With Ben's Bells, they were making pieces for wind chimes that they wouldn't be keeping.

"They love that fact that, we don't know where this is going to end up," Billimack said.

If you find a bell, you can share your experience on a Facebook page that Bonati and other organizers started, called Be Kind Illinois, or at http://www.bensbells.org.