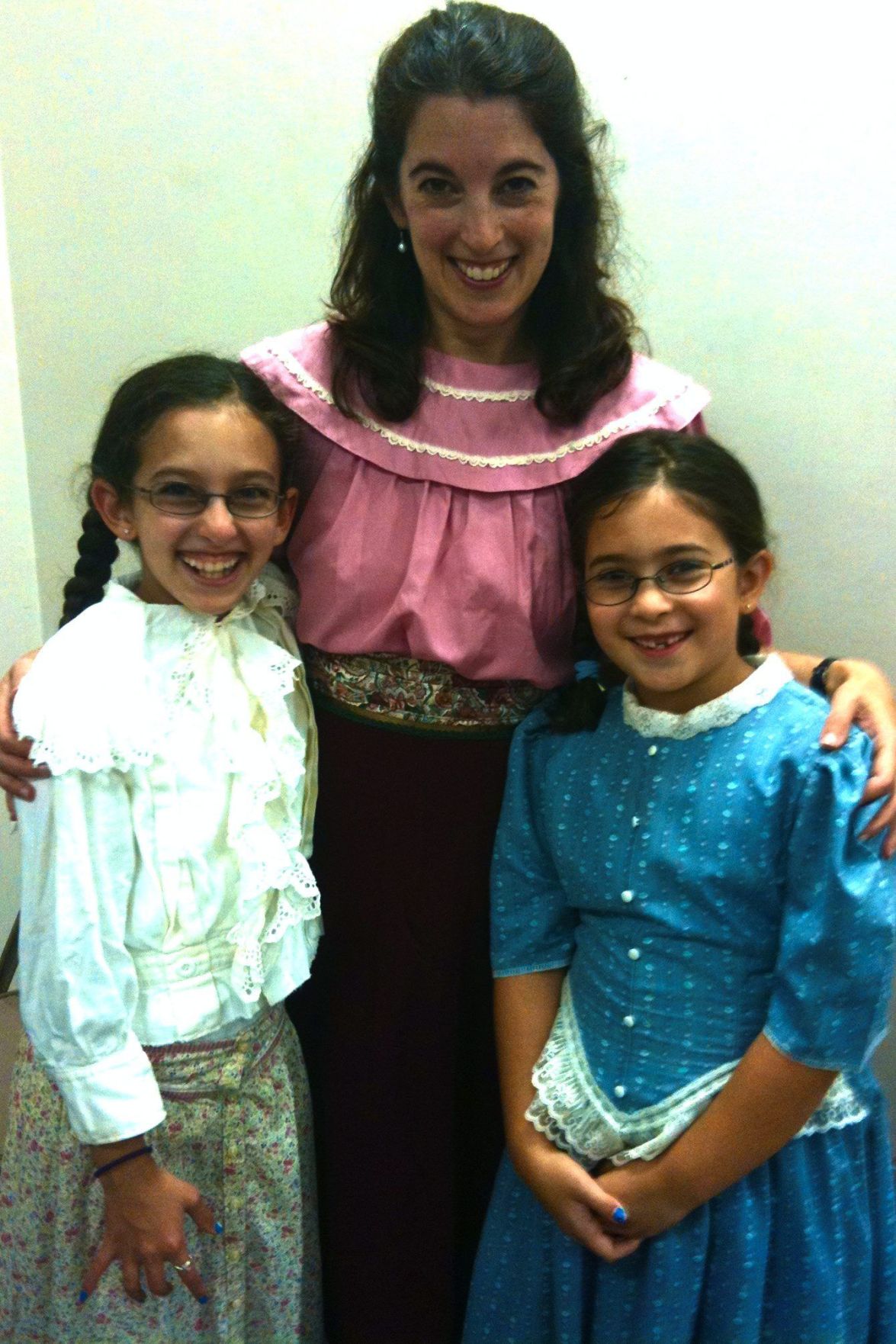 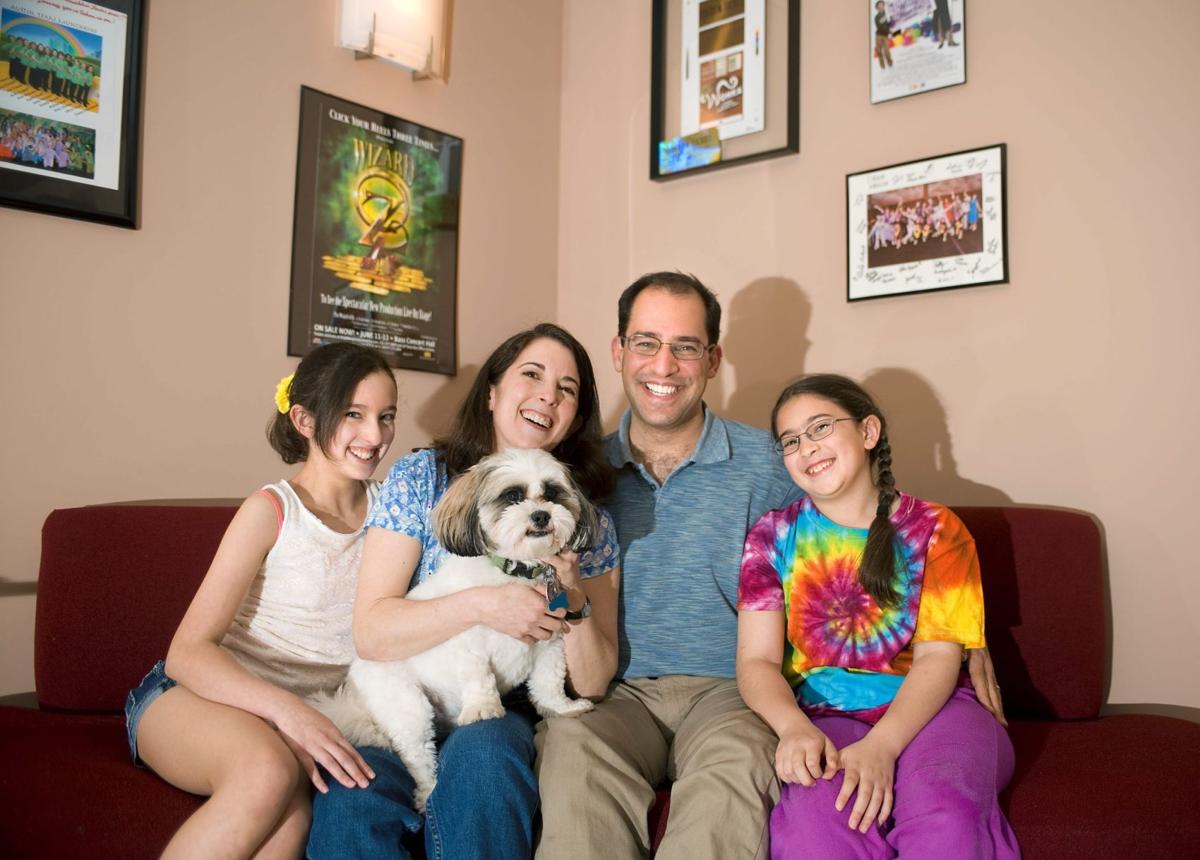 CHAMPAIGN — Theater has been a shared passion in at least three generations of Jaclyn Loewenstein's family on her mother's side.

For Joyce Stern Greenberg and her daughter and her two granddaughters, Emma and Alina Loewestein, working on a play together strengthens the mother-daughter bond, produces positive and enriching experiences and creates fun memories to share with extended family on Mother's Day and other holidays.

Emma, 12, said her mother, who has extensive experience in professional and community theater, is "so good at singing and acting" she looks up to her.

And Alina, 9, prefers being in a play with her mom and older sister.

"It's not the same doing it alone. I like doing it together," she said.

The first production in which all three appeared was "The Music Man." They auditioned for the Champaign Urbana Theatre Company production two years ago, the day after they moved to Champaign from Austin, Texas.

They next appeared together in "Pinkalicious" at the Parkland College Theatre.

"Every show is different and new, and we get to play different characters and live in different worlds together," Jaclyn said.

In "Pinkalicious," the popular musical for children, Emma and Alina portrayed pink cupcakes as well as butterflies; their mother was a bird and a cupcake, too.

In "Music Man," Jaclyn was a "Pick-a-Little Lady," one of the townspeople; Emma and Alina played her children.

"The interaction between her and her daughters on stage was genuine, of course, while the inclusion of family values backstage helped create a caring and sharing atmosphere," he said.

Back in Austin, Loewenstein also worked as a director with her daughters at the ZACH Theatre and in a few other productions.

When she directs, she tries to treat her daughters as she does other cast members.

"But I'm probably a little hard on them," she said.

"She's not afraid to tell us if we're not doing something right," Alina said.

"Sometimes I feel she doesn't pay that much attention to us because we can work on it later at home," Emma said.

The three are not currently acting together in anything. Loewenstein, who won a Payne Award for outstanding director at ZACH, the oldest continuous operating theater in Texas, is focusing on directing.

At Class Act in Champaign, she teaches a musical theater training program for children and directs the Class Act Kids' Cabaret. She's taught theater at the Parkland College for Kids program as well.

She also directs community theater, having helmed CUTC's "The 25th Annual Putnam County Spelling Bee" last year. She is now directing "The Hallelujah Girls," an adult production, for the Monticello Theatre Association. The show will be presented June 1-8.

And since 1991 Loewenstein, 43, has been a private acting coach — she said she loves helping actors prepare for auditions. She has valuable experience in that regard, having worked in the past for casting companies for Broadway.

When her mom is directing an adult play, Emma and Alina enjoy hearing from her about how her rehearsals go. The two recently listened in when Mom rehearsed the Monticello cast at their home in southwest Champaign.

The early exposure to theater at home is how Loewenstein developed a passion for theater. She would watch her mother rehearse actors in the recreation room of their family home in suburban Chicago.

She even helped out. Greenberg remembers her daughter was just 7 when she recorded rehearsals for her, using a reel-to-reel tape recorder.

"She knew everyone's part," Greenberg said. "She knew a lot of the music cues. That was her start in directing, you might say."

Like her mother, Loewenstein taught and directed theater in the Chicago suburbs. Loewenstein did that in New York as well, where she assisted James Lapine in "The Diary of Anne Frank," starring Natalie Portman.

Earlier she was an assistant at Chicago suburban theaters to Gary Griffin, a well-known director in Chicago and New York.

She also has done some acting, like her mom. Greenberg, 75, began performing when she was 8, singing and dancing in an act with her older brother, who played accordion. The two performed hundreds of shows during World War II for servicemen in the Chicago area.

And for the past 19 years Greenberg, who lives in Wilmette, has served on the Jefferson Awards Committee. The Jeff Awards in Chicago are the equivalent of the Tony awards in New York.

Like the Loewensteins, Greenberg and Jaclyn appeared in a few shows together when Jaclyn was growing up. And in 1998 the two co-directed Wendy Wasserstein's "Isn't It Romantic" for the Attic Playhouse in Highwood.

A reporter for The Glencoe Pioneer Press wrote a story about that, noting the real-life mother-daughter relationship helped bring out the playwright's theme of loving mother-daughter conflict.

"I think the cast gets a kick out of watching us interact," Jaclyn was quoted as saying. "Especially when we're working on one of Janie and Tasha's scenes and we start to do a little scene ourselves. We're a living example of the characters in the play."

Over their years together, Loewenstein learned a lot from her mother — most importantly not to sweat the small stuff and to keep her sense of humor. Mom also taught her to value experiences over possessions, especially experiences and events shared with family.

Loewenstein now tries to pass on her mother's values to Emma and Alina.

"I try to help them be the best people they can be: respectful, compassionate, honest, patient, open-minded, conscientious. And the list goes on. Most importantly, especially in light of the far-too-frequent recent tragedies, I encourage them to look for and appreciate the positive in any situation, or person."

Speaking of positive: Greenberg and Loewenstein like to emphasize that they are not stage mothers, with all the negative connotations that term brings up.

Greenberg remembers how her daughter at age 10 started to scour newspapers for audition notices on her own, zoom in on shows requiring children and ask to audition for them.

If anything, Loewenstein encourages her daughters to pursue other interests. Emma plays volleyball in addition to the piano, and Alina practices tae kwon do — 21/2 years ago she earned her first-degree black belt.

"I love theater," they said in unison.

And for now they love theater most when they are able to do it with their mother.