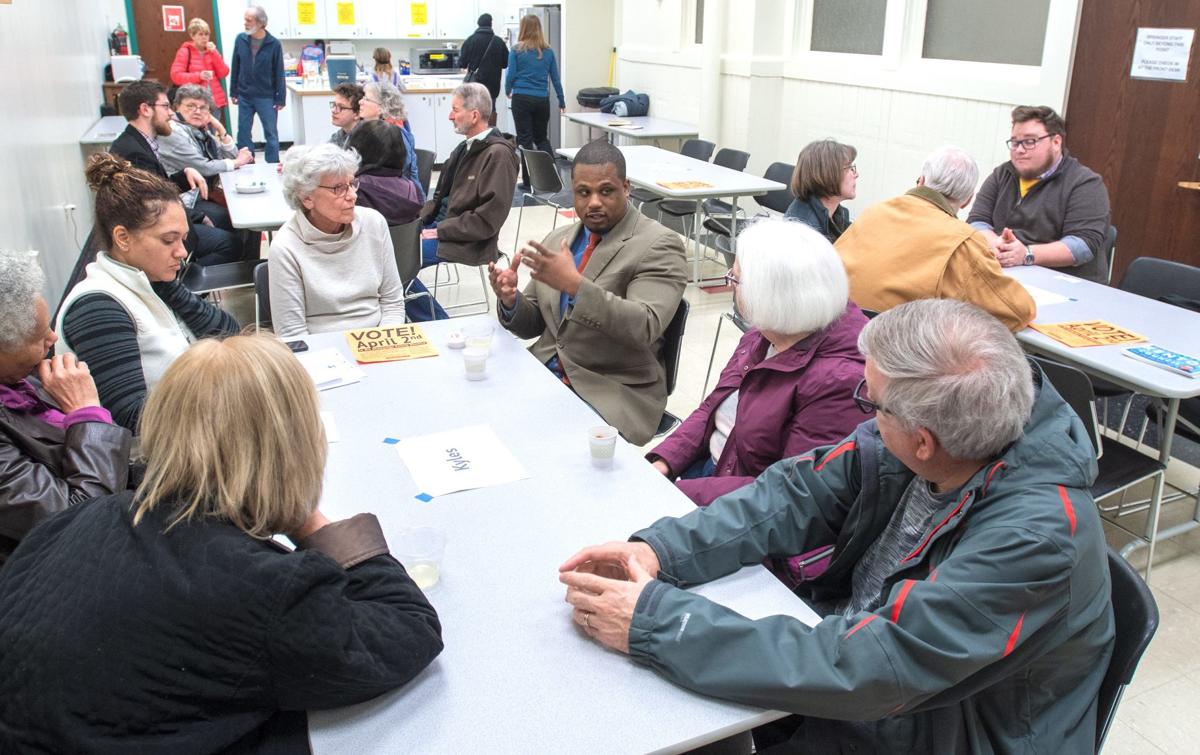 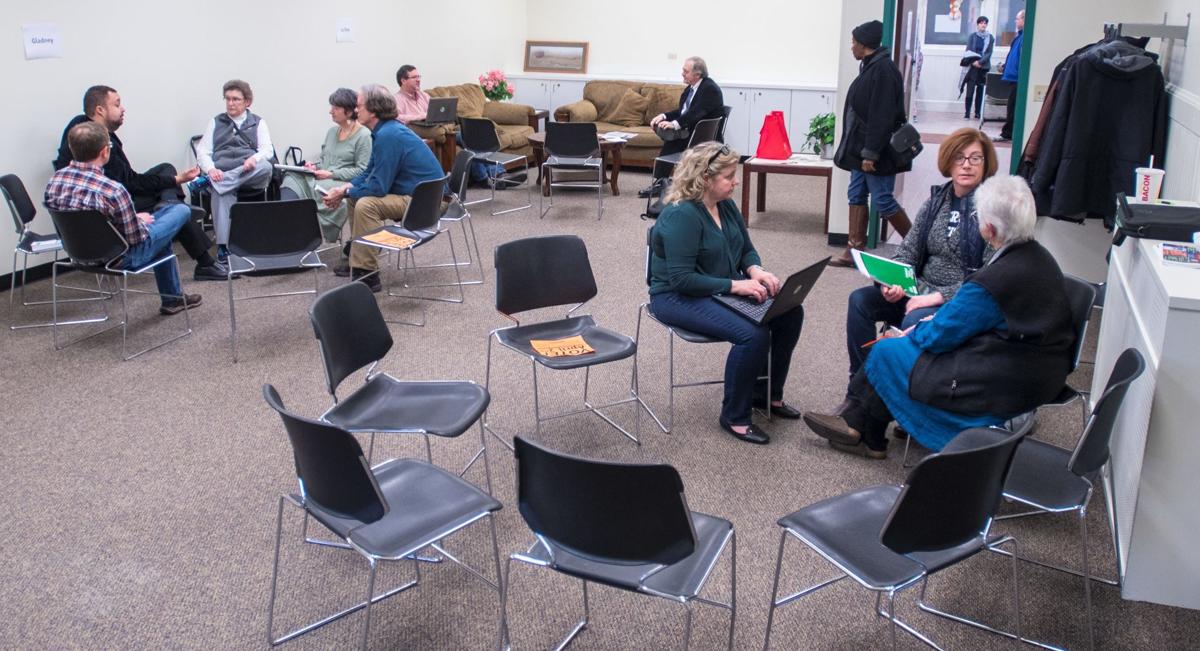 CHAMPAIGN — Eight candidates for three at-large seats on the Champaign City Council offered differing views on the ongoing controversy over zoning in the city's In-Town neighborhood at a meet-and-greet event Monday at the Springer Cultural Center.

"The whole concept of zoning is wanting to know what the rules are so I can live here without a pig farm or a nuclear dumping ground next to me," Bruno said. "After that, the concept of zoning is a limitation on what you can do with your property. To the extent we can strike a balance, we allow people to have a reasonable use of the property that they own. We want to reflect the will of the neighborhood. But we don't want the tyranny of the majority to the extent that 80 percent of the neighborhood think one thing and therefore they get to dictate necessarily what the other 20 percent can do.

"Zoning is a governmental tool that needs to be used carefully."

Challenger A.J. Christensen said he likes the idea of infill, but he doesn't like the thought of a neighborhood losing its character.

"The character is part of the economic quality of life," Christensen said. "It is why people move here. I want to preserve that, but I don't necessarily believe we should limit the amount of building that happens."

Challenger Kenton Elmore said the issue has become more complicated than it needs to be.

"When the Historic Preservation Commission and Planning Commission first looked at it, this was a simple measure that could accommodate the desire of the neighborhood to put a little bit of measure in place that would allow for the neighborhood to not completely morph," he said. "Way too many arguments have come up, and it has gotten to the point nobody really understands what the change should be."

The recently proposed concept of a neighborhood being deemed its own conservation district, with its own rules, "is a good idea," he added, "and I think Clark Park is one of the best examples of a neighborhood that could benefit."

Incumbent Matt Gladney said he was part of a compromise that allowed for more density, but not as much as originally requested.

"We want to keep the character of the neighborhood, and we want to support some design standards for the construction that goes up so we can have a nice aesthetic," Gladney said. "I am hesitant to allow for any greater density in that area."

Incumbent Will Kyles said he wants to balance the viewpoints of both sides of the issue.

Former council member Michael La Due said his view hasn't changed since the late 1980s. He prefers keeping the character of the neighborhood.

"We don't have mountains and lakes here, but we do have good jobs here that require recruitment," La Due said. "We want people to feel comfortable with the community. We want them to come here to enjoy what we interpret to be amenities. The character of our neighborhoods is one of the cheap amenities this city has to offer."

Challenger Pattsi Petrie said that, with good planning, the character of the neighborhood may be kept while integrating some density of housing with design care.

"We can't just come in and put down apartment buildings or cause barriers," Petrie said. "It is a nice combination to have both features when they work together."

Challenger Dr. Jon Paul Youakim said that, as Champaign transitions to becoming a larger city, it needs to look at what it wants to preserve.

"Once it is gone, we can't go back," Youakim said. "There is a balance between making sure everyone is on the same page with new development in a way that is not so restrictive where people feel it is arbitrary on what they want to do with their home or property.

"If they build something within code, they shouldn't have to worry that it is going to be denied. If we do have a conservation district, I want to make sure it is one of the least restrictive ones."