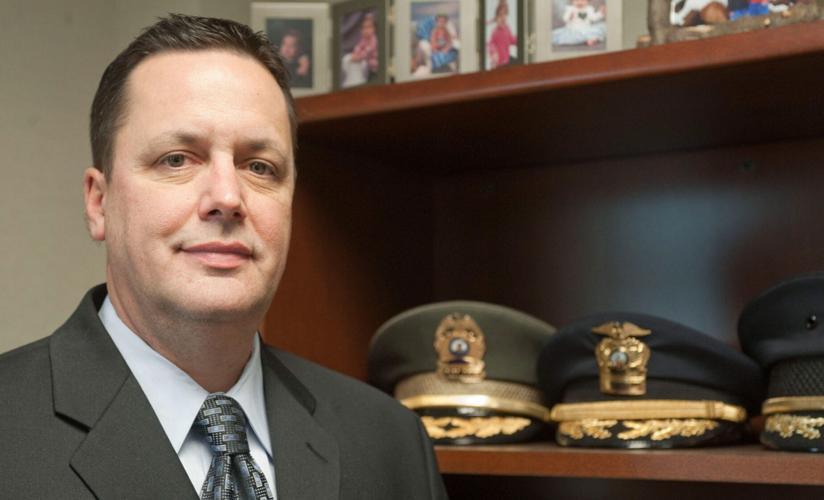 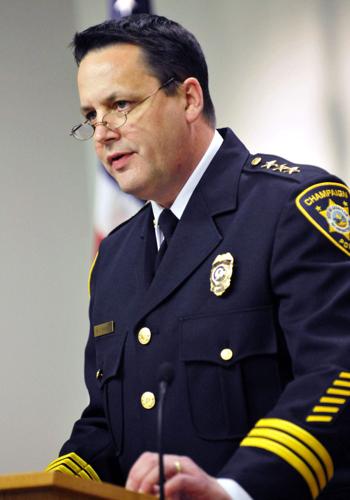 Then-Champaign police Chief R.T. Finney speaks at a press conference Dec. 8, 2009, in Champaign City Council chambers after the release of a report on the fatal police shooting of Kiwane Carrington, 15. 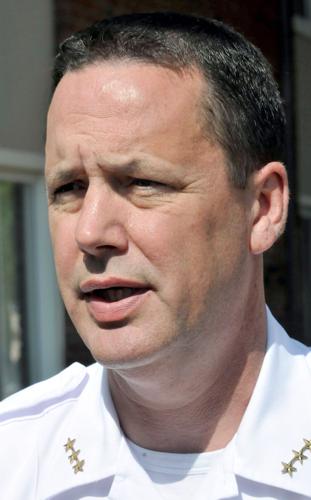 Then-Champaign police Chief R.T. Finney speaks at a press conference Dec. 8, 2009, in Champaign City Council chambers after the release of a report on the fatal police shooting of Kiwane Carrington, 15.

CHAMPAIGN — On Oct. 9, 2009, a Champaign resident reported to police that two young men were trying to force their way into his neighbor’s house.

“She’s at school, but these guys are walking around the house trying to find a way to break in to her house,” the caller said.

Police responded. Tragedy ensued, the reverberations of which continue.

In a span of 42 seconds, two Champaign officers — then-Chief R.T. Finney and patrol Officer Daniel Norbits — arrived and attempted to take the young men into custody.

The youths tried to flee. During the ensuing scuffle with Finney and Norbits, one of the young men — Kiwane Carrington — was shot. He later died at the hospital.

Finney, now 62, later retired as police chief and has continued to reside in Champaign. Since retirement, he has served as an acting chief in a number of departments and now teaches classes at Parkland College, where his presence has drawn the ire of community critics.

One, a University of Illinois professor, recently wrote that Finney “executed” Mr. Carrington while another group is demanding Finney’s ouster from the classroom because he was “one of two officers on the scene.”

“Whatever happened that fateful day, Norbits fired and killed Carrington,” the group stated in its petition demanding Finney’s dismissal.

What happened that day isn’t either the summary execution or the mystery critics claim. The fatal shooting of Mr. Carrington was investigated by the Illinois State Police, and the agency’s findings were reviewed by Champaign County State’s Attorney Julia Rietz.

The shooting also was reviewed by the FBI and the U.S. Justice Department, which found no criminal wrongdoing.

Looking back on the incident, Finney acknowledges the awful nature of the event while dismissing critics who contend that it was something more nefarious.

“You can’t go out and have a protest if it’s an accidental shooting. But you can if you have a hidden murder,” Finney said of those seeking his dismissal from the Parkland faculty.

He said critics are presenting “a lot of falsehoods” about an incident in which “the facts are very clear.”

Rietz, whose office produced a 13-single-spaced-page report on the event, agreed with his assessment. She said witness interviews and audio captured by squad-car surveillance video allowed investigators to confirm the sequence of events.

Rietz’s report characterized Mr. Carrington’s death as “tragic” but stated “the credible, admissible evidence supports our conclusion that the shooting” was accidental.

Mr. Carrington was a hard-luck 15-year-old, a student at the READY School in Champaign. His mother had recently died, and his father was not in the picture. Mr. Carrington was supposed to be living with his sister. Reported as a runaway, he had been staying at the residence in the 900 block of West Vine Street where the shooting took place.

Nonetheless, Mr. Carrington and Manning-Carter went to the rear of the house and tried to get in. They were spotted by the neighbor, who called police.

Norbits, who was on patrol, responded. So did Finney, who was in the area because he “was driving on Prospect at University when he heard the call of a burglary in progress.”

Together, Finney and Norbits approached the fenced backyard from the east side of the house. In keeping with department protocol in response to a felony in progress, they had their weapons drawn.

After they spotted the two youths — but did not see a third — they told Mr. Carrington and Manning-Carter to get on the ground.

Instead, apparently aiming to get to the only exit in the fenced backyard, they approached the officers, trying to get past them to leave. Manning-Carter was stopped and pushed back by Finney, while Mr. Carrington confronted Norbits.

Finney said he was able to both restrain Manning-Carter and get him handcuffed while simultaneously holstering his weapon. Norbits wrestled with Mr. Carrington while first holding and then discharging his weapon.

The facts indicate there was no burglary attempt, that the two youths simply sought to force their way into the residence where they had previously stayed.

Had they been taken into custody without incident, it’s unlikely the resident of the house would have wanted them prosecuted.

The shooting was a shock to the city’s system, rumors eventually swirling that police had shot Mr. Carrington for no reason and that Finney, not Norbits, was the killer.

Those claims continue years later. Facts, however, do not jibe with those assertions.

Finney and Norbits were armed with Glock handguns. Norbits had a .45-caliber while Finney possessed a .40-caliber.

Rietz said it was “never a question” as to whose gun was fired because the bullet recovered from Mr. Carrington’s body and the casing recovered at the scene came from Norbits’ .45-caliber.

The group passing the petition calling for Finney’s dismissal claims police, “under Finney’s leadership, first tried to portray (Mr. Carrington and Manning-Carter) as robbers breaking into a house.”

That is inaccurate. The neighbor called police to report a burglary in progress.

Because the shooting was accidental, the city of Champaign paid a $470,000 settlement to Mr. Carrington’s family members. Even though the discharge was ruled accidental, Norbits was disciplined by the department.

There was speculation that Norbits’ weapon discharged because he did not employ a proper “indexing” technique. Indexing refers to the safety practice of keeping a trigger finger straight and outside the trigger guard, the semi-round band of metal around the trigger, until a decision is made to fire.

Norbits described a chaotic scene where he was simultaneously wrestling with Mr. Carrington while yelling at him to “get down on the ground.”

“He moves, twists. Something happens where I no longer have control of him ... we re-engage,” Norbits told investigators. “I remember trying to get him down on the ground ... and the gun goes off. ... He falls down ... on his back right by the back door. I can see that he’s starting to bleed. I see where the wound is, and I immediately put my hand on it, kept pressure on.”

He told investigators that he did not “recall consciously discharging his weapon.”

Finney said Norbits was disciplined for mishandling his handgun.

“If you have an accidental discharge, it’s generally an indication that you mishandled your weapon,” Finney said.

The unknown factor is the extent to which Finney and Norbits were distracted by their search for the non-existent third reported burglar.

“It was absolutely a tragedy,” Finney said. “I understand the impact it had on the community because I went through it with the community.”

Since his retirement, Finney said his critics have engaged in a variety of efforts to block his employment as a temporary police chief and now as a teacher.

He’s not, as his critics have charged, “teaching his version of racial profiling and police violence to the next generation of police officers.”

Finney said only one of his current students is interested in a law-enforcement career, while others are considering careers as disparate as social work and criminal profiling.