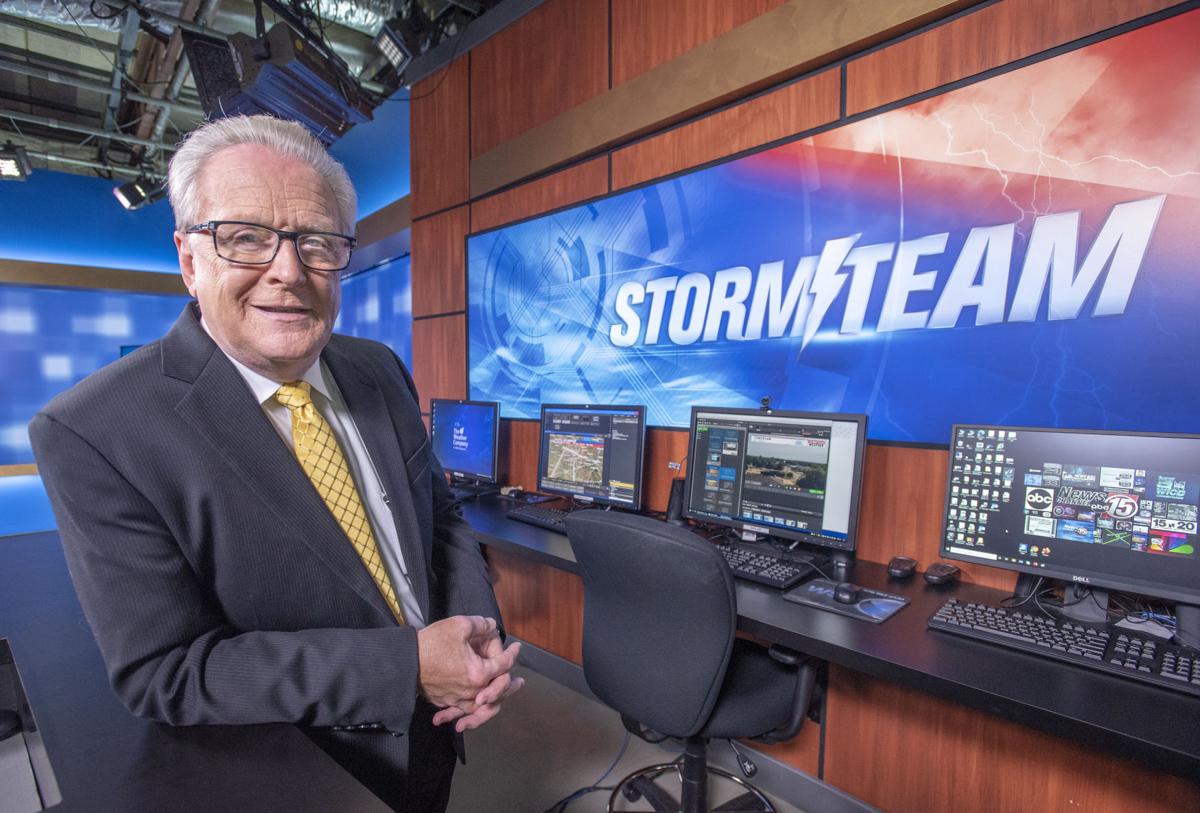 Doug Quick, who is retiring after 47 years in media, preps for a newscast Thursday at WCCU in Champaign. 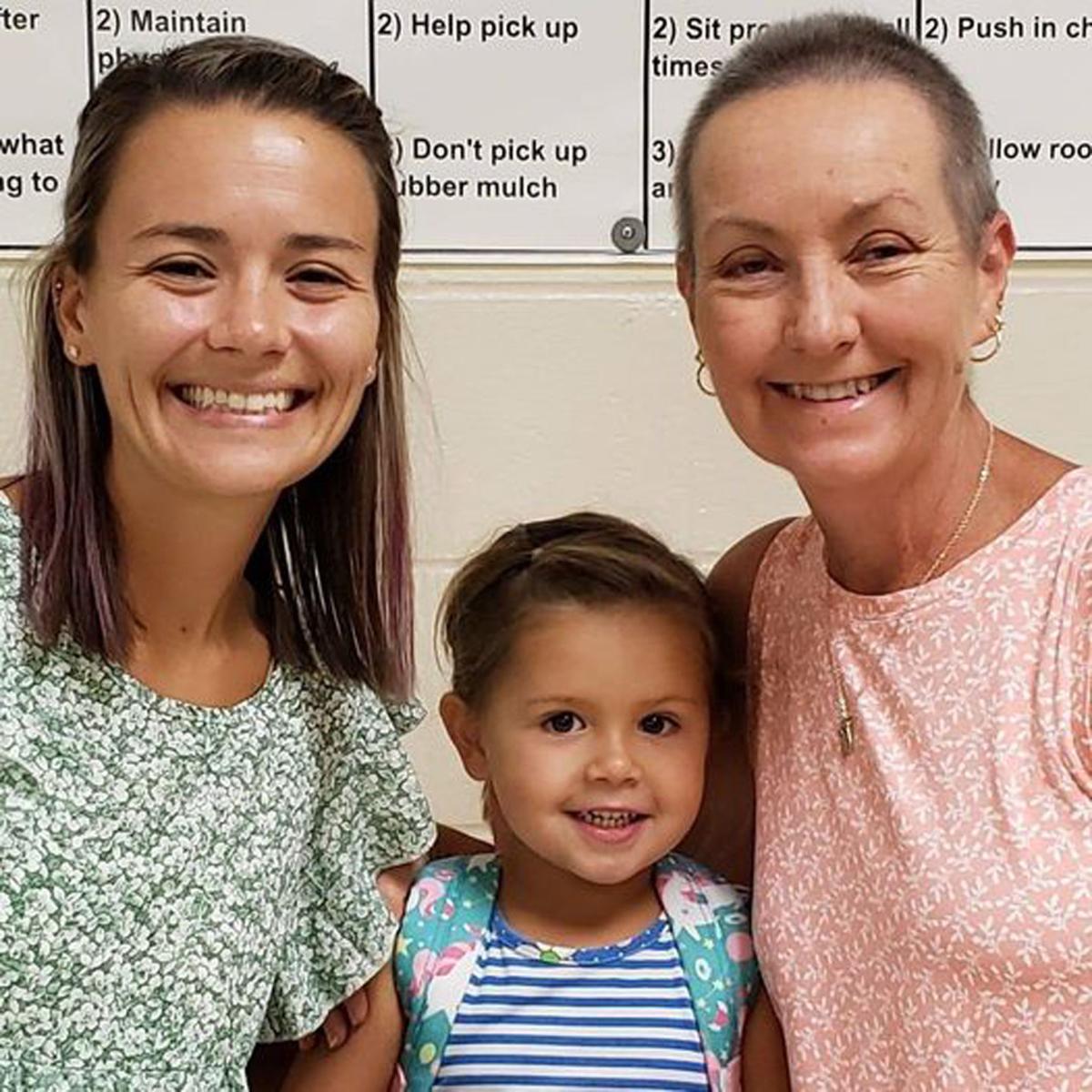 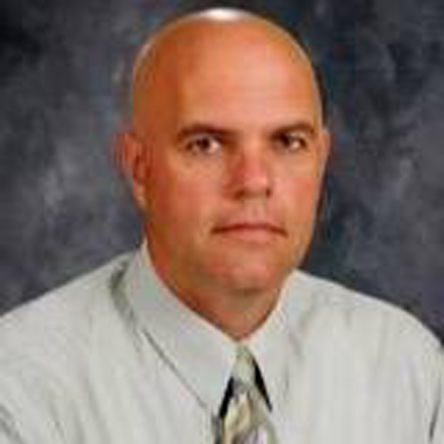 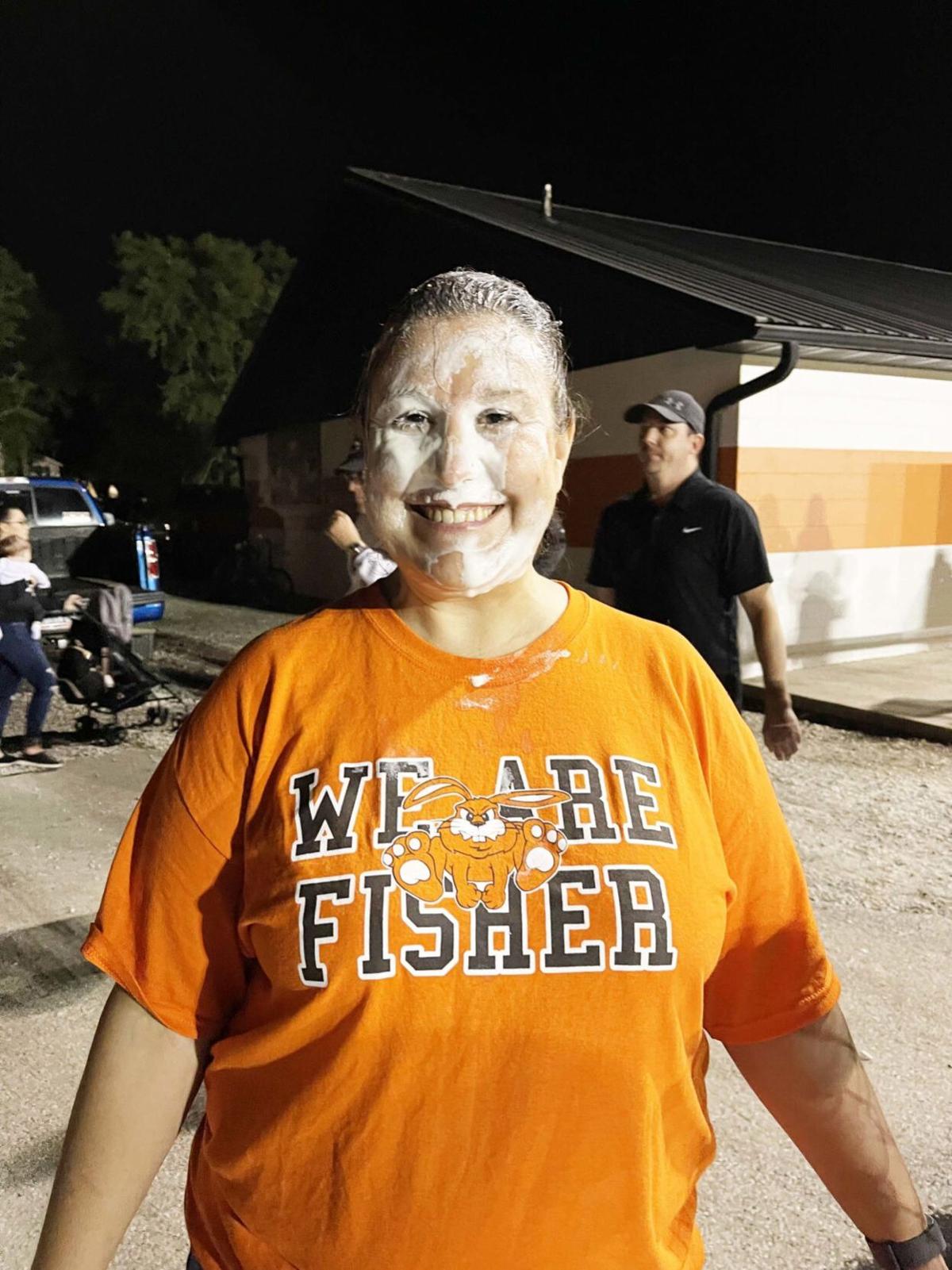 Teacher aide Lacey Taylor took a pie in the face for a good cause — Gibson City flood relief. 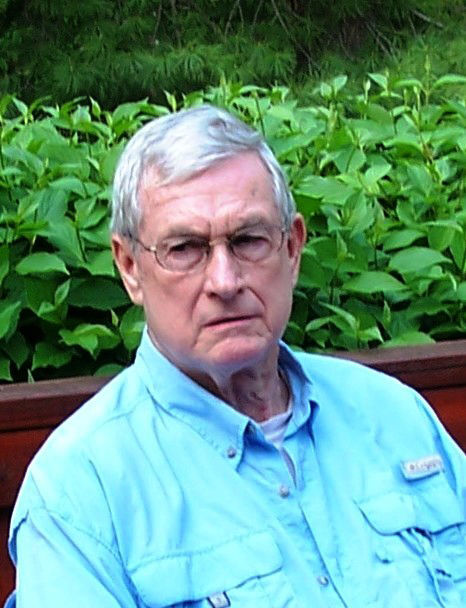 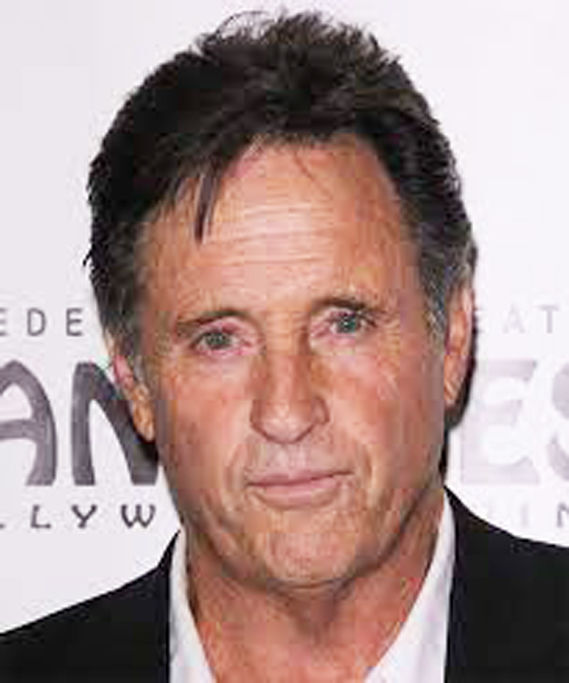 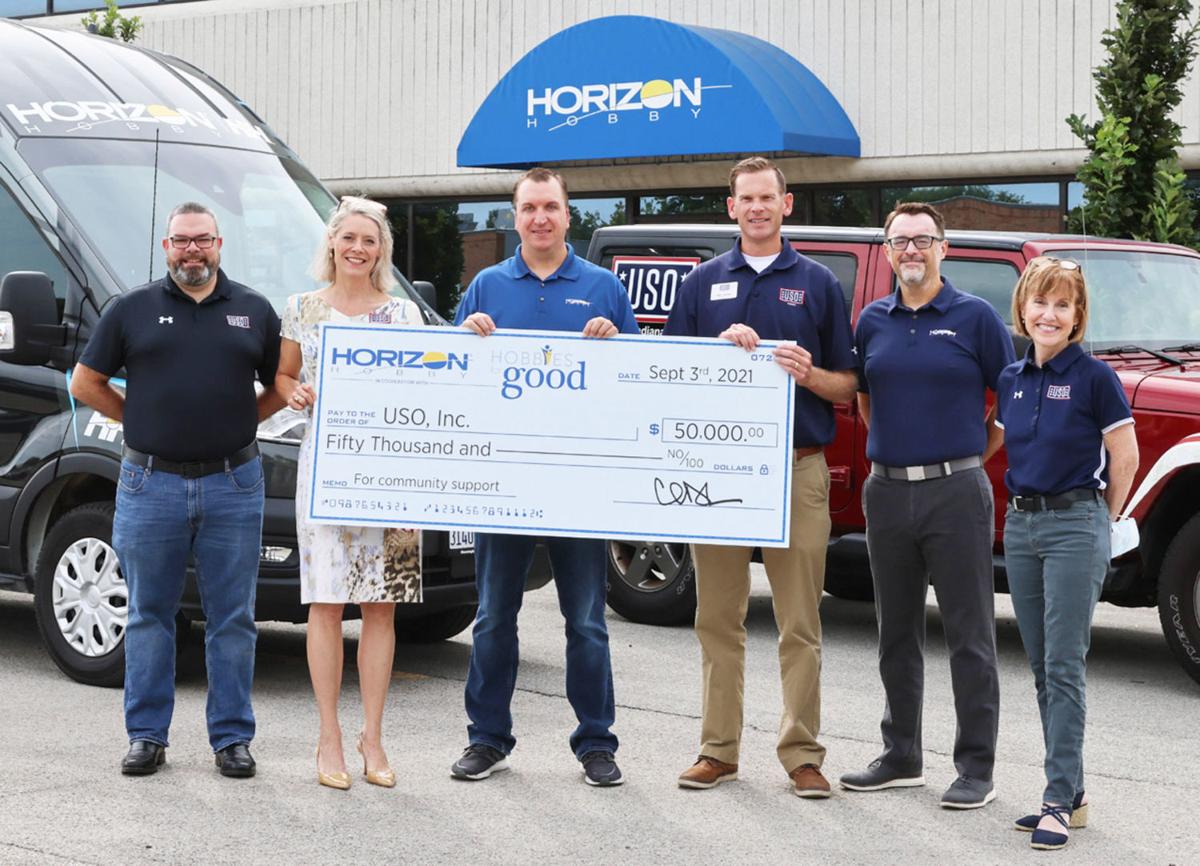 Doug Quick, a Taylorville native, wanted to remain in central Illinois during his broadcast career.

“I didn’t want a permanent contract with U-Haul,” Quick said, noting that switching jobs and locations is a frequent occurrence in the broadcast news business.

So he decided to switch to becoming a weathercaster.

“I noticed as far as longevity of the weathercasters, they seem to have it nailed,” Quick said.

It worked. The 67-year-old Quick has been a mainstay at WCCU Fox Illinois as news weather anchor and will retire at the end of the month after a 47-year career in the radio and television broadcast industry.

“I like central Illinois. I’ve worked in every market across the mid-section of Illinois — Springfield, Decatur, Champaign and Danville. I never had any intention of going anywhere else.”

Rick Lipps, general manager at WCCU, said having worked with Quick for the last seven years, “I can say that he is a true professional and has been a backbone of our news operation in central Illinois. Doug is a top tier on-air talent, an author, a historian and has been a mentor to more journalists than I can count.”

The Western Illinois University mass communications, radio/television major never became a meteorologist, but said weather was something he studied for a long time, which enabled him to understand what was going on with the weather and "to communicate ... in order to relate to people not necessarily on a scientific level as some meteorologists do," he said. "I didn’t become a weathercaster to conduct a classroom. I just wanted to relate the weather.”

Quick was in radio for 25 years and kept his hand in that industry until 2003 while also working in television.

He also served as NewsChannel 15 promotion director, co-anchor of “Sunrise Today” before shifting to the newscasts at 5, 6 and 10 p.m. while also serving as the local weathercaster for FoxIllinois News at Nine. Quick also served as the host of the public affairs feature “Spotlight 15” for 18 years.

Quick has seen his share of major local news events, including the Danville church bombing, tornadoes in Springfield, Champaign-Urbana, Ogden and more recently, Gifford and Washington.

“There’s a lot of things that have occurred as far as news items,” he said. “As far as actually working here, people come and go. I didn’t have any aspirations to go anywhere else.”

Quick lives in Alvin and has a studio in his home that he uses in the event of emergency weather broadcasts. He used the studio a lot as he worked from home many days during the COVID-19 shutdown last year.

Weathercasters these days have a lot more big, shiny gadgets to illustrate the weather than when he started.

“We weren’t too far off of having little magnetic things on the map showing the frontal boundaries” when he started. “We had a huge weather computer. It took 45 minutes to render a 10-second video. Radar was sometimes 30 minutes after the fact.”

When Quick started, he had an Underwood typewriter in his office, and there were only a few computers in the station. Now he estimates there are probably 300 to 400.

He remembers when former weatherman Keith Page would leave after the first newscast of the day and return 15 minutes before the 10 p.m. airing.

Mix in social media and numerous other platforms to communicate with the public and it’s more than a day’s work for a weathercaster.

Quick has been considered one of the tops in his field. He received the Silver Circle Award from the Mid-America chapter of the National Television Arts and Sciences for his work documenting the history of local television. In 2017 he was named the Medium Market TV Best News Anchor, receiving the Silver Dome Award from the Illinois Broadcasters Association.

Quick also does voice-over work, which he intends to continue after retirement. He said he also wouldn’t mind getting back into radio.

His wife, Melissa, wants him “to sit for a while.”

Quick said he would love to get in the car and drive around the country, but Melissa isn’t too keen on the idea.

The Quicks have two daughters — Miranda (Herb Simmons) and Mindi (Derek Martin) and one grandchild.

It’s sort of a family affair at Gibson City-Melvin-Sibley Elementary School this year.

Kim Young is a special education aide at the school, and her daughter, Rachel Young Dewey, is a third-grade teacher.

Rachel’s daughter, Violet, has entered the preschool program and completes the trio.

Young has been in education for 19 years, and her daughter for nine.

Young said she recently returned after a bout with cancer, and coming back to work was “very therapeutic.”

No word yet if Violet has dreams of being a teacher.

Elected to his first term in November 2018, Gary Lewis will seek re-election as the regional superintendent of schools for Champaign and Ford counties in 2022.

He had more than 30 years of experience in education before becoming the regional superintendent, having served as superintendent of Catlin schools for six years and Oakwood schools for four years. He began his teaching career at Sheldon High School.

As regional superintendent, Lewis has served as a the liaison between Public Health and both public and private schools in each county as well as working with Emergency Management during the pandemic. His office helped to secure a five-year federal grant to retain and recruit special education teachers across Illinois.

He said his office has made sure the 1 percent sales tax money has reached the schools within two days of release to his office 100 percent of the time.

Led by Katie Landers and Ryan Grieser, the student council held 50/50 drawings at both of the first two home football games and held a “pie-your-favorite-teacher” contest at school.

Staff members who volunteered had jars set out, and students voted for the staff member by placing money in their jar. The staff member with the highest amount of money “won” the contest.

Lacey Taylor, a teacher aide in the building, got a pie in the kisser at Friday’s football game against GCMS Friday night.

The Fisher and GCMS school districts, while rivals, also share a strong connection with a couple of sports cooperative teams.

“Our communities are in close proximity to each other, so our students wanted to do something to try and help,” Fisher High School teacher Robert Lindsay said.

Robert Hays the actor supports Robert Hays the University of Illinois professor emeritus and author in the latter’s efforts to raise funds for the Wounded Warrior Project.

Hays is the star of such movies as “Airplane” and “Homeward Bound: The Incredible Journey,” the television show “Starman” and host of the A&E television series “Fasten Your Seatbelt.”

Hays the author said he and his actor counterpart have had good-natured Twitter exchanges “over the last few years because of fun Internet confusion” about the two men.

Hays the actor said he hopes people support the writer “in helping veterans of our armed forces who made immense sacrifices in their service to our country.”

All profits from sales of author Hays’ newest novel, “An Inchworm Takes Wing” (including the publisher’s share) from now through Dec. 31 will go to the Wounded Warrior Project to help support the care of veterans suffering from Posttraumatic Stress Disorder.

Hays noted that a U.S. Department of Veterans Affairs report last year showed that more than 6,000 veterans a year commit suicide. Most, though not all, are seen to be related to PTSD.

“They need help,” he said, “and this is where support organizations like the Wounded Warrior Project can make a difference.”

Hays has also published in the field of military history. His collaboration with Gen. Oscar W. Koch, “G-2: Intelligence for Patton,” published in 1971 and still in print, has become a standard reference for historians writing about World War II.

His latest work, “An Inchworm Takes Wing,” is his sixth book.

Horizon Hobby has presented representatives of the United Service Organizations (USO) with a $50,000 check to support its programs.

Horizon Hobby President and CEO Chris Dickerson said it is an honor for Horizon Hobby and Hobbies for Good “to support the important work that the USO does for our military and their families. We are thankful for our heroes and are excited to give back.”

The USO keeps military service members connected to family, home and country through acts of caring, comfort and support. USO is a private, nonprofit organization, not a government agency.