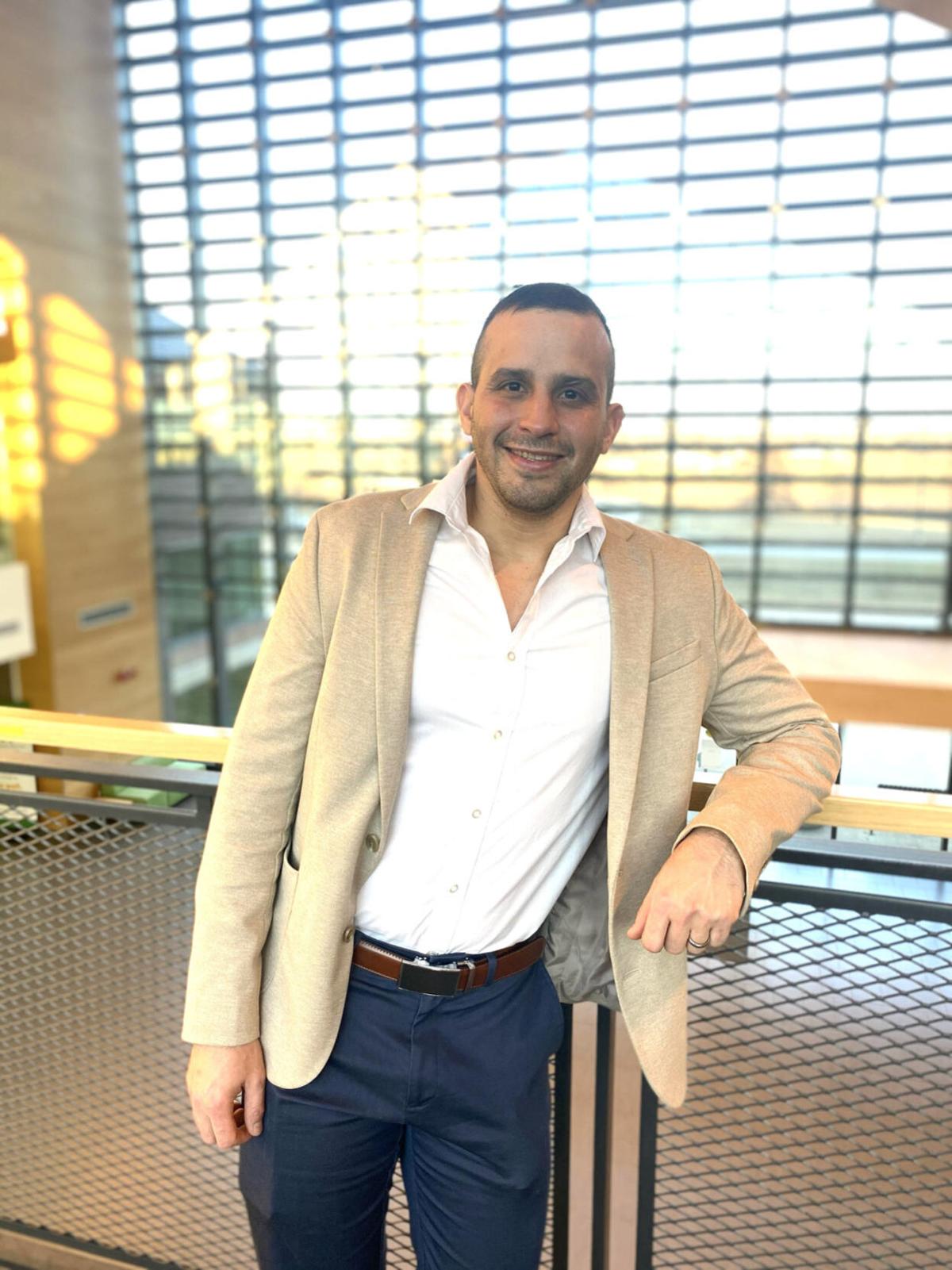 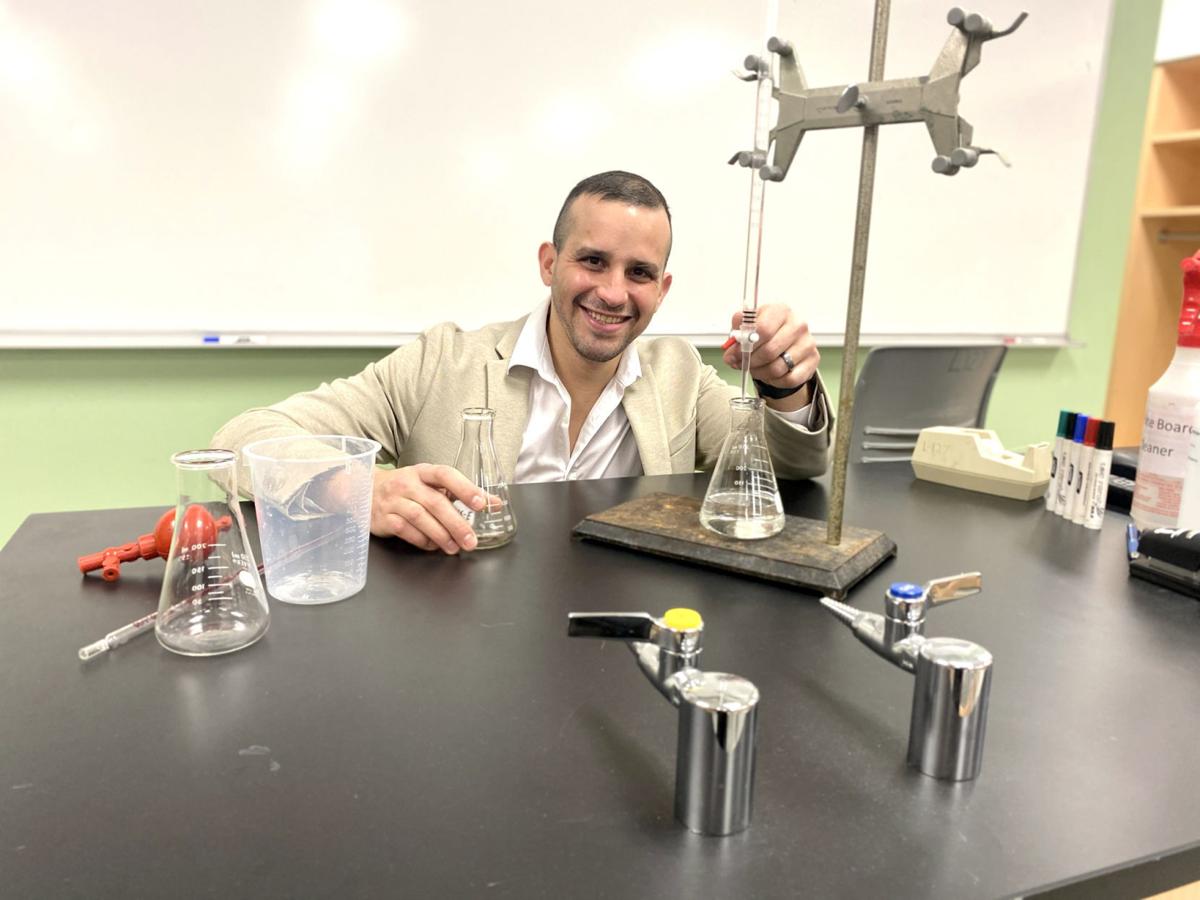 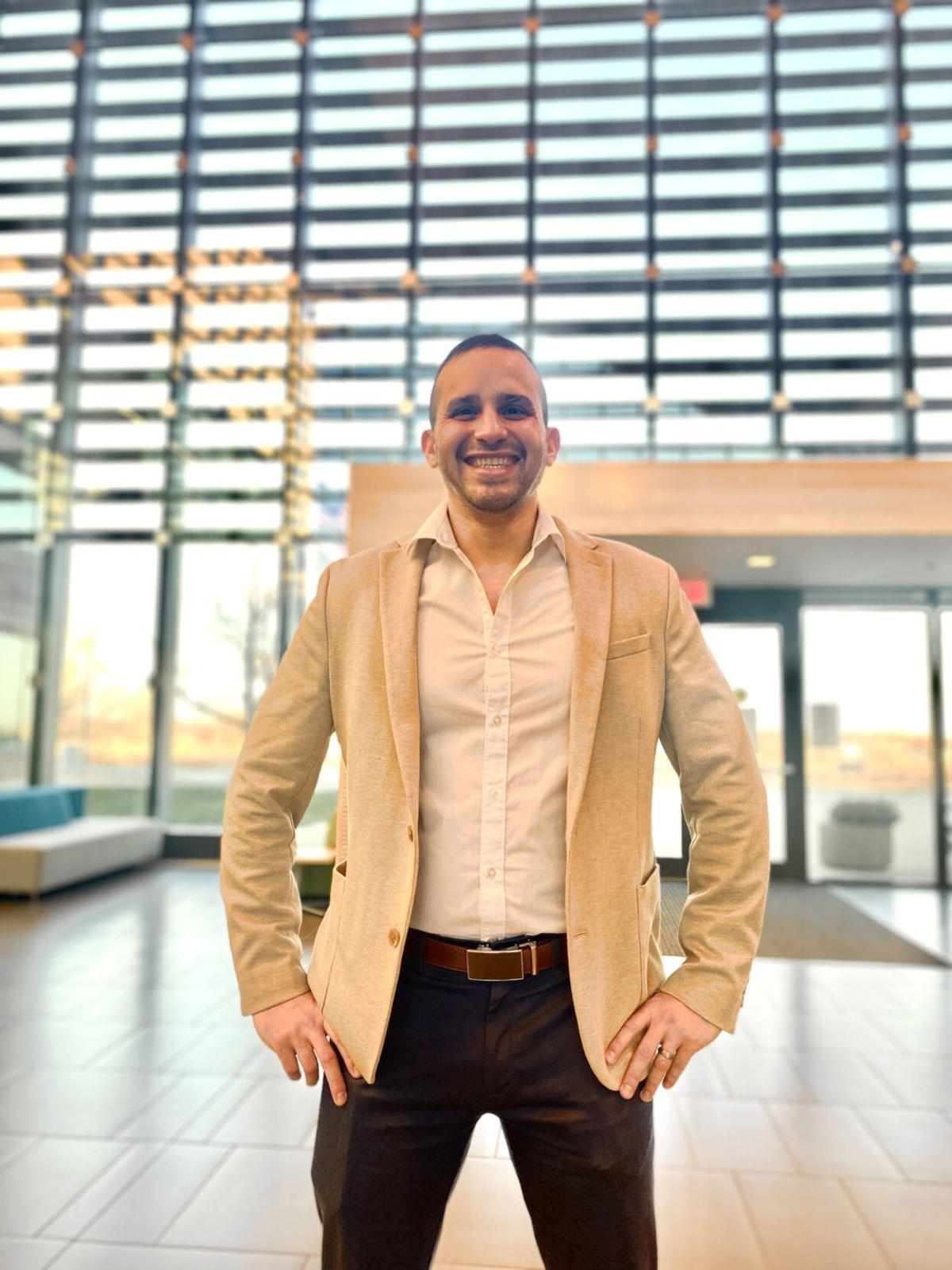 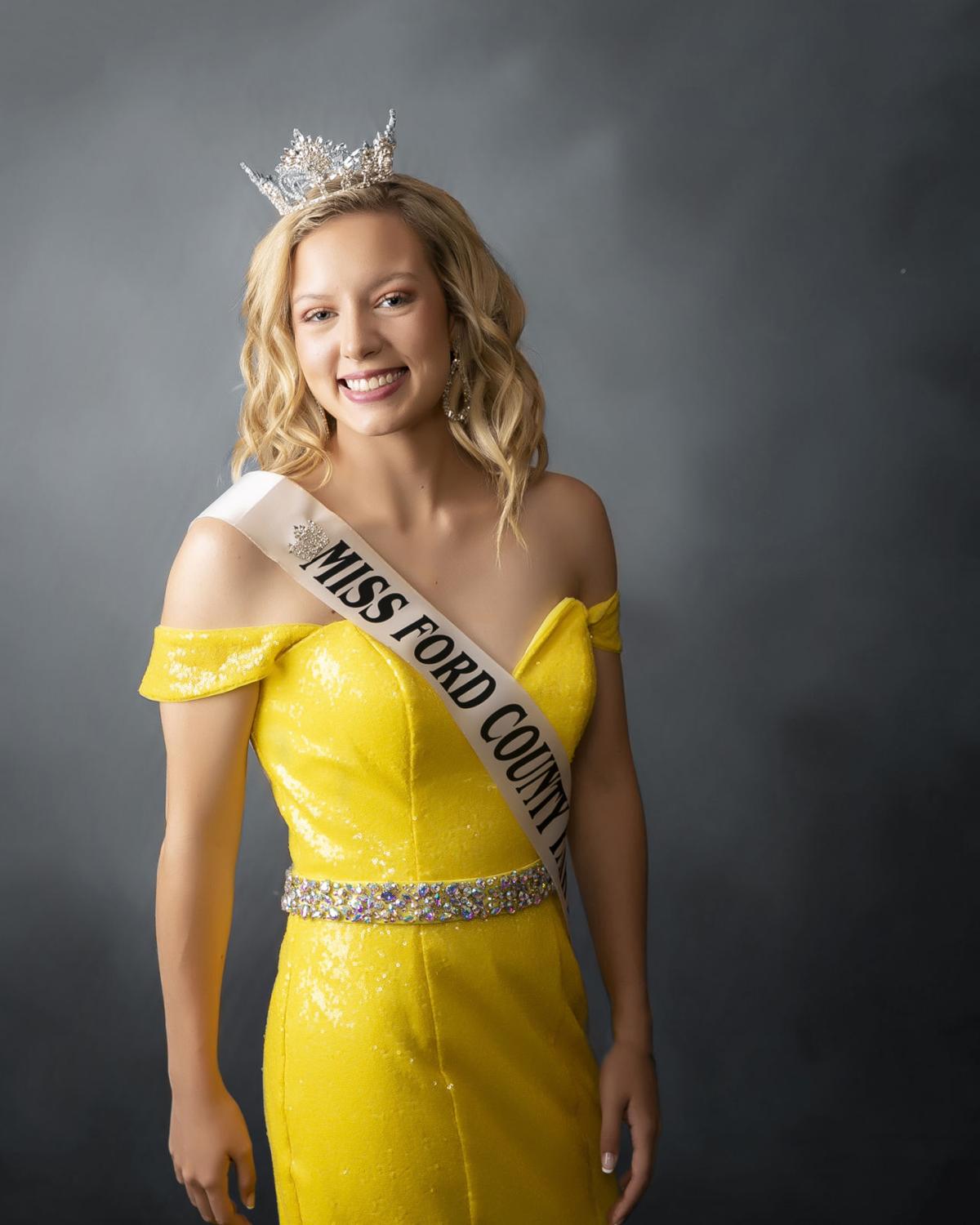 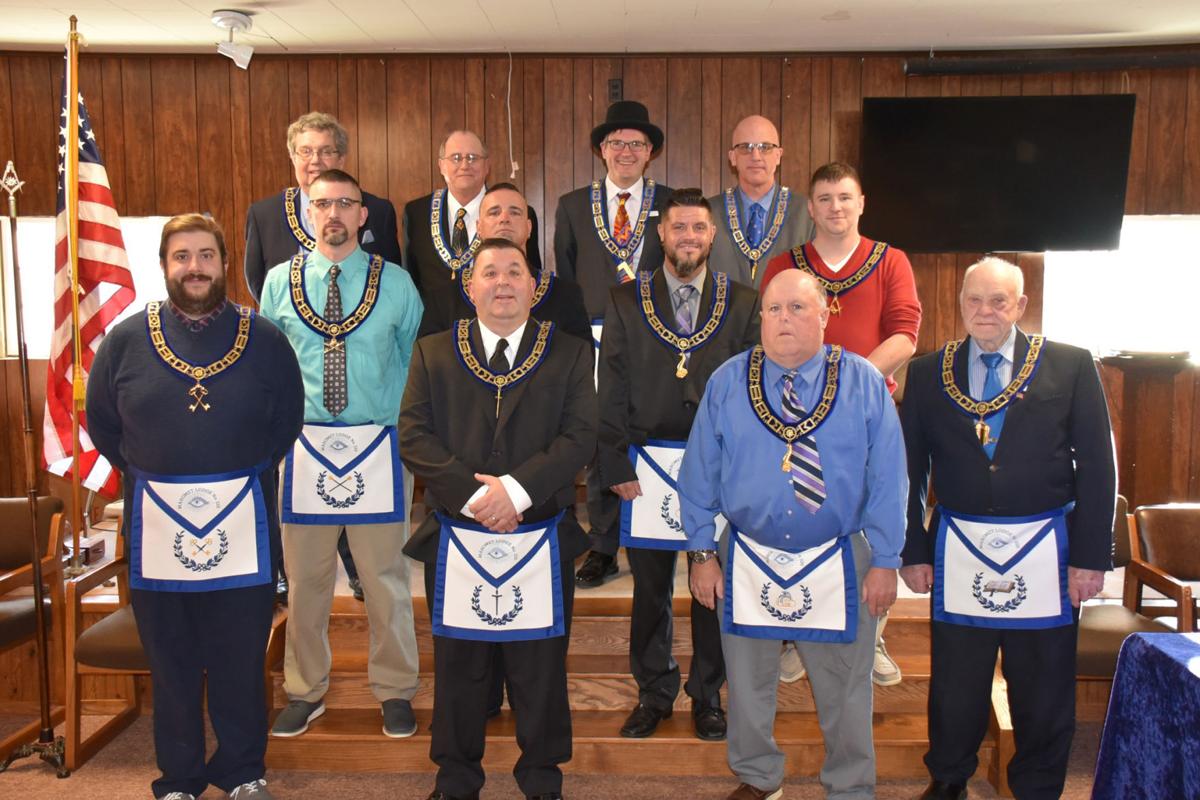 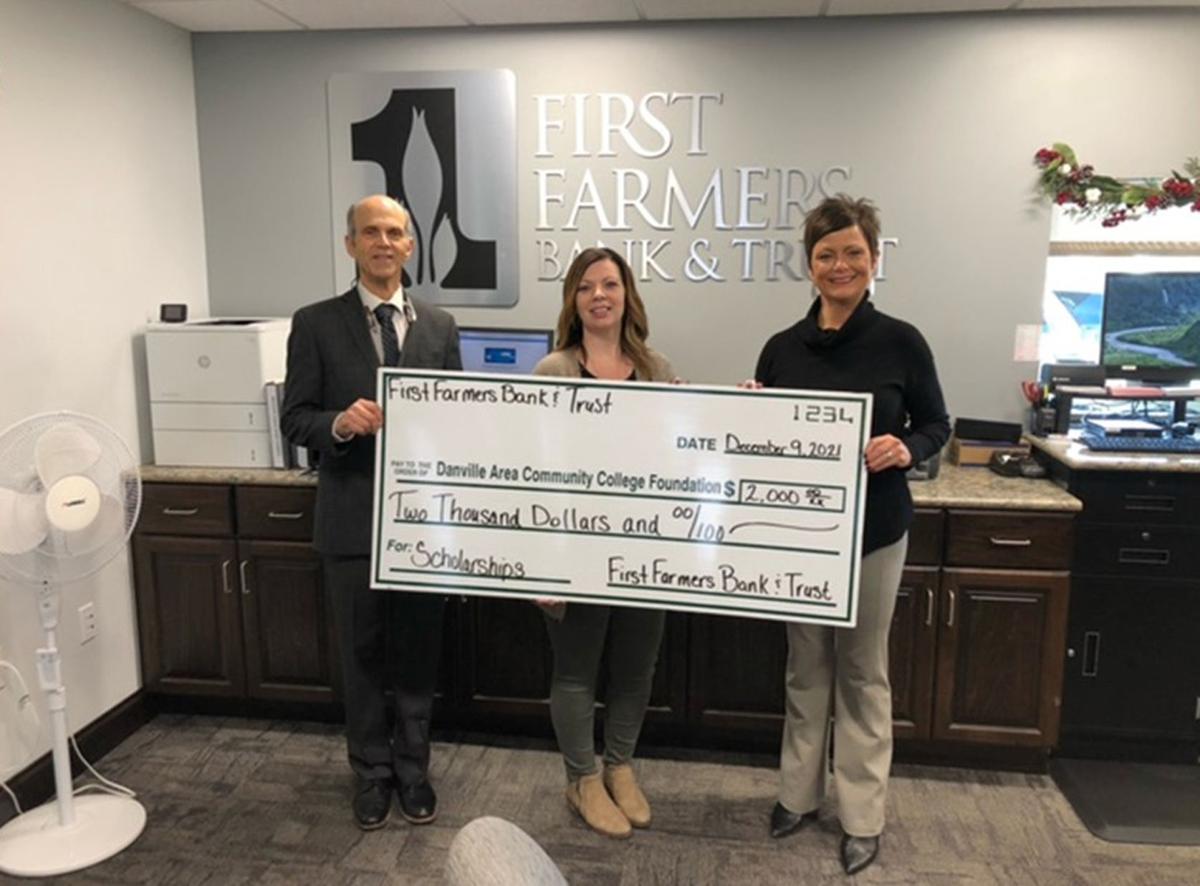 Manny Rodriguez sees the importance of “community” in community college. That’s why he believes a group effort is important for students to achieve success.

“My job has different layers,” the associate professor of chemistry at Parkland College said.

“The first one is making sure that students understand that science is not scary. It’s something that applies to their life. It’s trying to make sure they understand they are capable of understanding the application what we’re doing in the classroom.”

The second layer, he said, is making sure students know they are part of a team, “that we’re not there just to teach a subject but to also help them to become professionals.”

Rodriguez said connecting with them individually as someone who they can go to in the future with problems and triumphs is important.

For Rodriguez, caring about students is the most rewarding aspect about teaching at Parkland.

“We get to know our students and to engage them, and we become mentors, and we become almost like a family,” Rodriguez said. “We build this community.”

His peers have taken notice. Rodriguez has been named winner of the 2022 Parkland Teaching Excellence award.

“He’s a fantastic colleague, giving great service to his students, the department and the college,” Siechen said. “(Rodriguez) is currently assistant to the chair and has been for three years.”

Siechen said Rodriguez has served on multiple committees for the Natural Sciences Department as well as the college in general.

“He’s very engaged, always thoughtful and insightful and always fun to work with. He’s always got a pleasant attitude, even when discussing serious topics.”

Rodriguez said chemistry can be an overwhelming for students. That’s one reason it’s especially satisfying to see the light come on for them.

He said while reviewing the previous semester’s chemistry class with a student, the student began to cry, saying she felt overwhelmed, that the load “was way too much,” Rodriguez said. The student was planning to withdraw from the class.

Rodriguez asked the student to meet with him a few times to review. He slowly saw the student’s confidence grow.

Sometimes student success is more a matter of motivation or maturity.

Rodriguez said after one of his students failed a chemistry class, he later returned to take the class again — saying this time he was determined to succeed.

“He ended up with an A with honors,” he said. “The first time he didn’t have a path he wanted to follow. Then he decided he wanted to do a nursing degree. When he got the motivation, he was great.

“Sometimes it just takes a little bit of help and light encouragement to jump that hurdle,” Rodriguez said. “It’s easy to feel overwhelmed. Now with COVID there’s even more to hurdle. When they reach out, we can help them.”

Enhancing the feeling of community at the college is a science commons, a physical space designated for Natural Science course instructional support.

“It’s where they basically hang out. They come in and ask questions,” Rodriguez said. “The strongest connections are when they ask for help during the Science Commons hours. It’s easier to make a connection.”

Siechen said the college also has a science club, which provides extra opportunities for students to engage with faculty and staff to help build the community feeling. A faculty mentoring program is also available “to help with course work and their entire world as it relates to education,” Siechen said.

Rodriguez taught part time at Parkland and then began full time in 2010. He teaches chemistry courses, most of which are transfer courses for engineering students.

Rodriguez is working toward a doctorate at Northern Illinois University in Community College Leadership. He said his plan is to stay in Natural Sciences for five to 10 years with a goal of later switching to student services.

Science isn’t Rodriguez’ only interest. He has coached volleyball at several area high schools, including St. Joseph-Ogden and Champaign Central, for nine years.

Rodriguez and his partner, Jeremy Dassow, have one son, Liam Dassow.

Hastings to compete for state crown

Hastings will compete with 70 other county fair queens for the title of Miss Illinois County Fair Queen 2022.

The contestants will be judged on personal interview, stage presence, beautify of face and physical condition, and speech and communication skills.

Hastings will compete on stage in the Saturday afternoon preliminaries beginning at 2 p.m. Finals will be held at 4 p.m. Sunday in conjunction with the Illinois Association of Agricultural Fairs annual banquet.

Hastings, 19, is a daughter of Joel and Mary Hastings of Loda. A 2020 graduate of Paxton-Buckley-Loda High School, she attends Parkland College and the University of Illinois, where she is majoring in Agricultural Accounting.

Only one educator is nominated from each state.

Located in Broadlands, Heritage High is the smallest school in Champaign County. It was named the Class D IHSA Music Sweepstakes State Champions.

Lee is the only music instructor in the school district. He is in his 16th year teaching.

Worshipful Master Vance Martin said he and the junior and senior wardens will stay in office for two years. The other officers will serve for one year. Martin is the 98th person to hold his office in the Mahomet lodge.

The lodge has welcomed three new members since last summer.

The Champaign-Ford Regional Office of Education has been recognized with an award for excellence in education.

Regional School Superintendent Gary Lewis said the award is a result of a group effort to serve members schools, students, teachers and parents.

“By having three statewide programs out of our office and all the work we do within ROE 9, it says to our team that your work is appreciated and recognized,” Lewis said.

He said Champaign-Ford was the first regional office of education to receive accreditation from Cognia in 2016, “and the renewal process allowed us to look back at the work over the past five years and make plans to move forward.”

The schools of distinction earn the recognition based on the results of Cognia’s accreditation engagement review process.

Four Danville officers to be promoted

The ceremony will take place in the city council chambers in the lower level of the Robert E. Jones Municipal Building, 17 W Main St.

Due to the current virus the city is still maintaining social distances.

There are usually many people who attend the ceremonies, but these conditions, so those present are asked to wear their masks. The number of family and relatives attending should be kept to 10 people.

A $2,000 contribution was presented to the college.

Named to the Dean's List at DePauw University: Ashley Long of Monticello and Jake Reed of Tuscola.

Named to the Dean's List at Ohio Wesleyan University: Anna Fender of Sullivan

To earn dean’s list recognition, Ohio Wesleyan students must achieve a grade point average of 3.5 or higher on a 4.0 scale.

Founded in 1842, Ohio Wesleyan is a private university located in Delaware, Ohio.

Named to the Dean's List at Southern Illinois University-Carbondale (more names will be included in future columns):