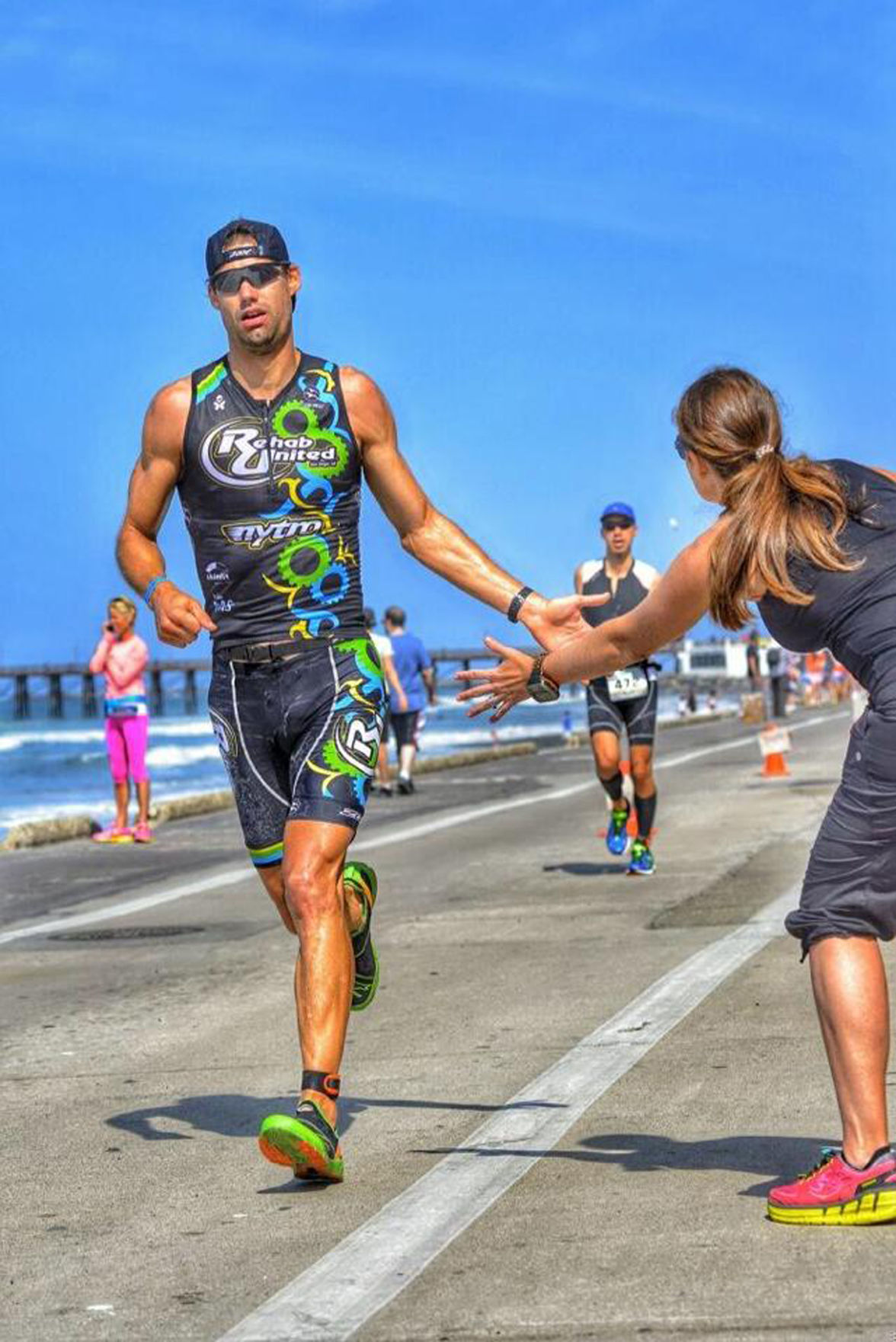 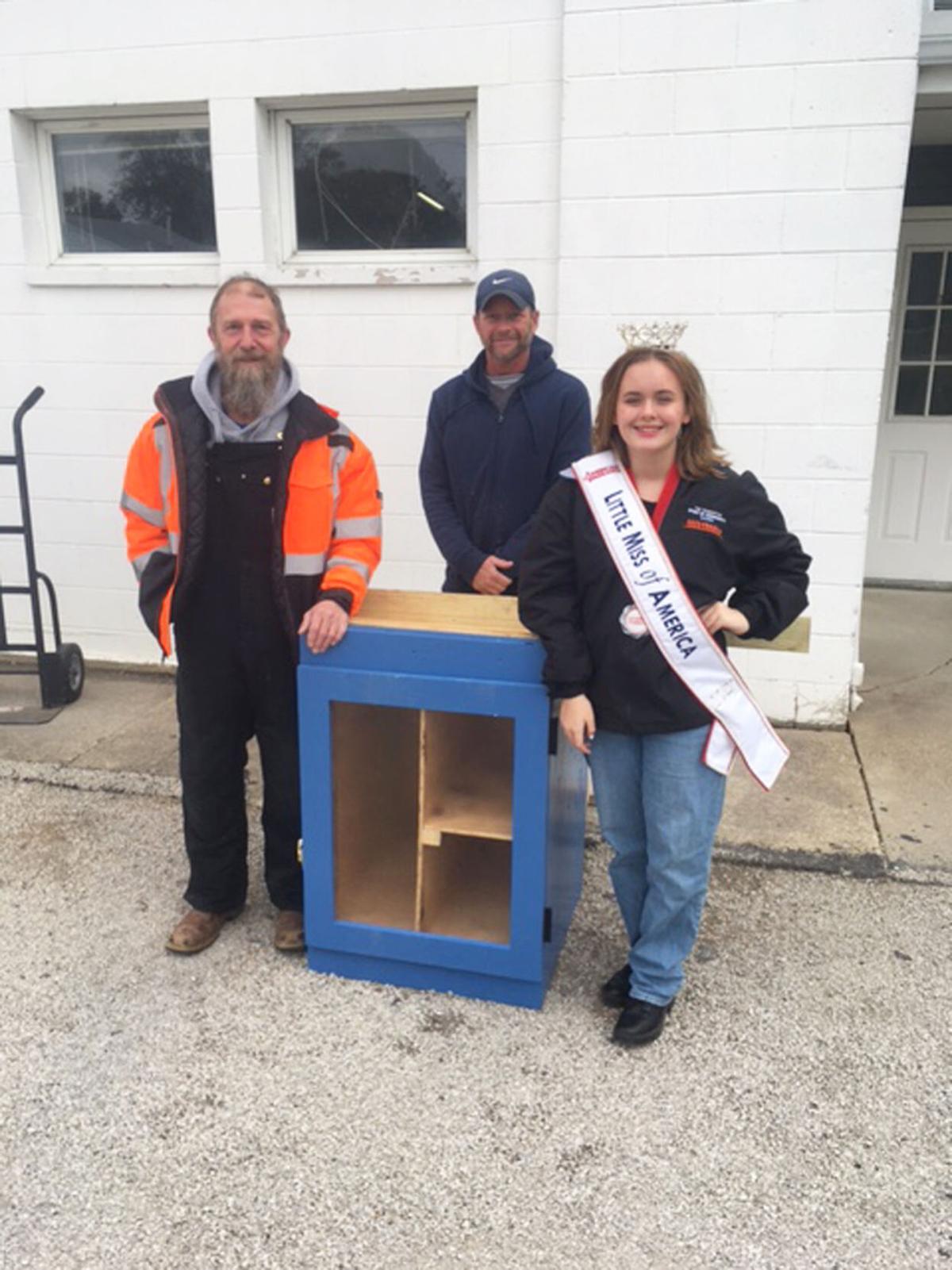 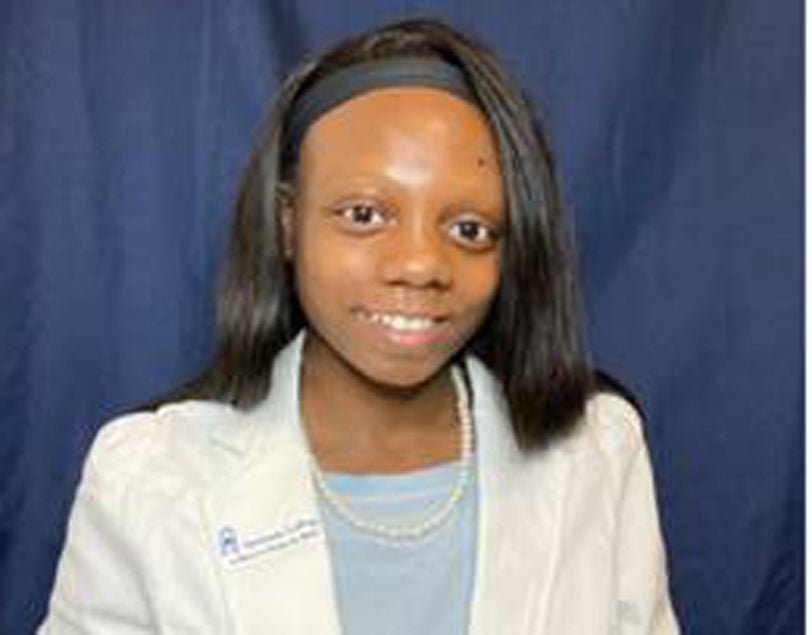 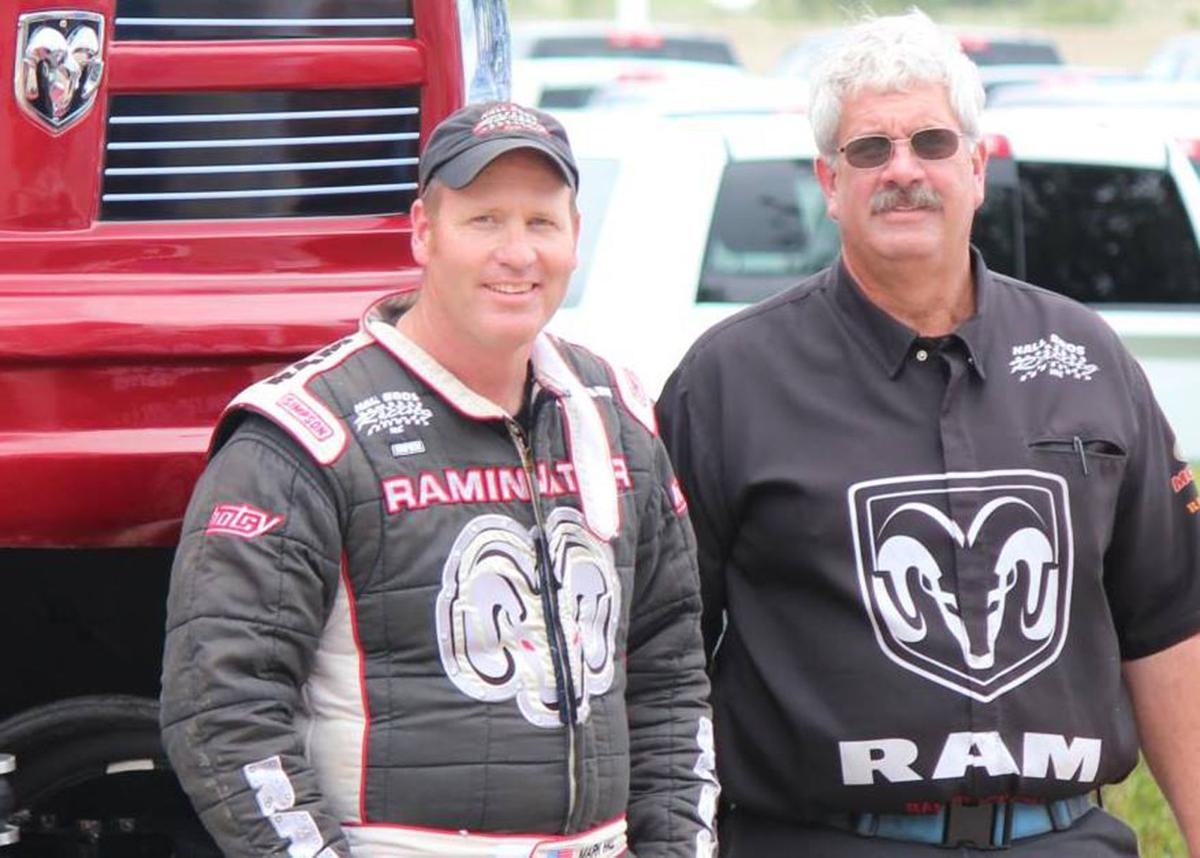 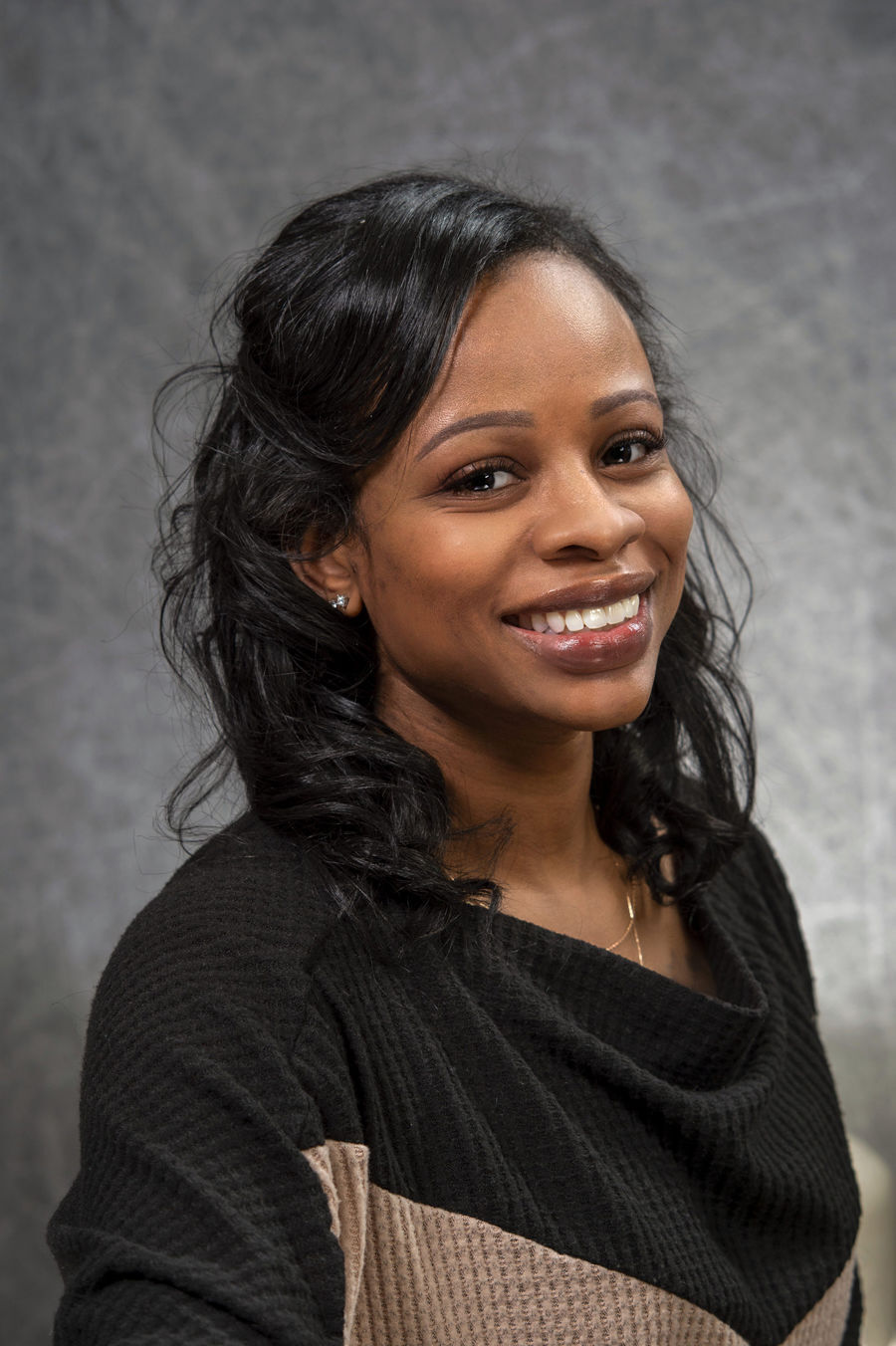 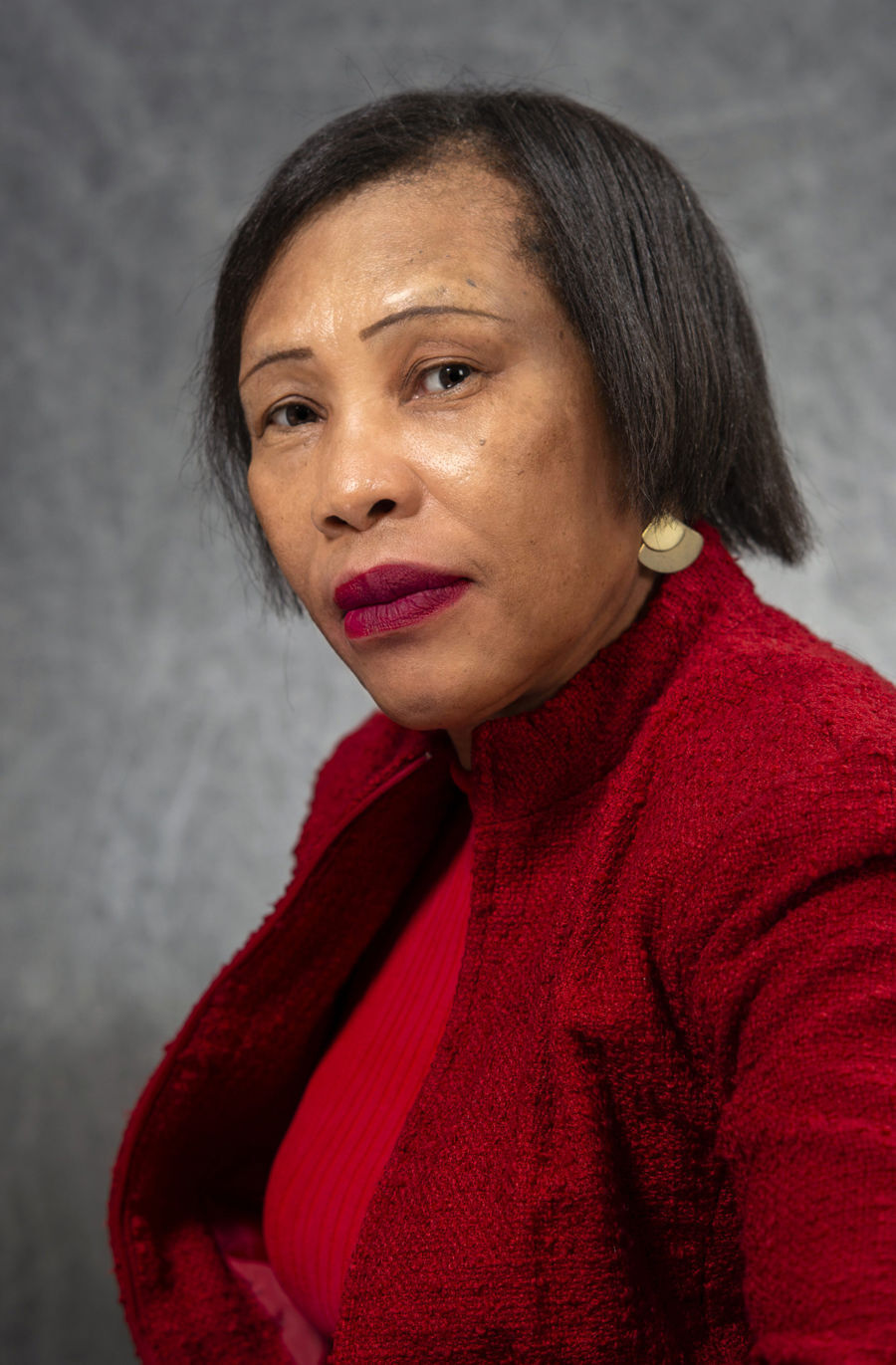 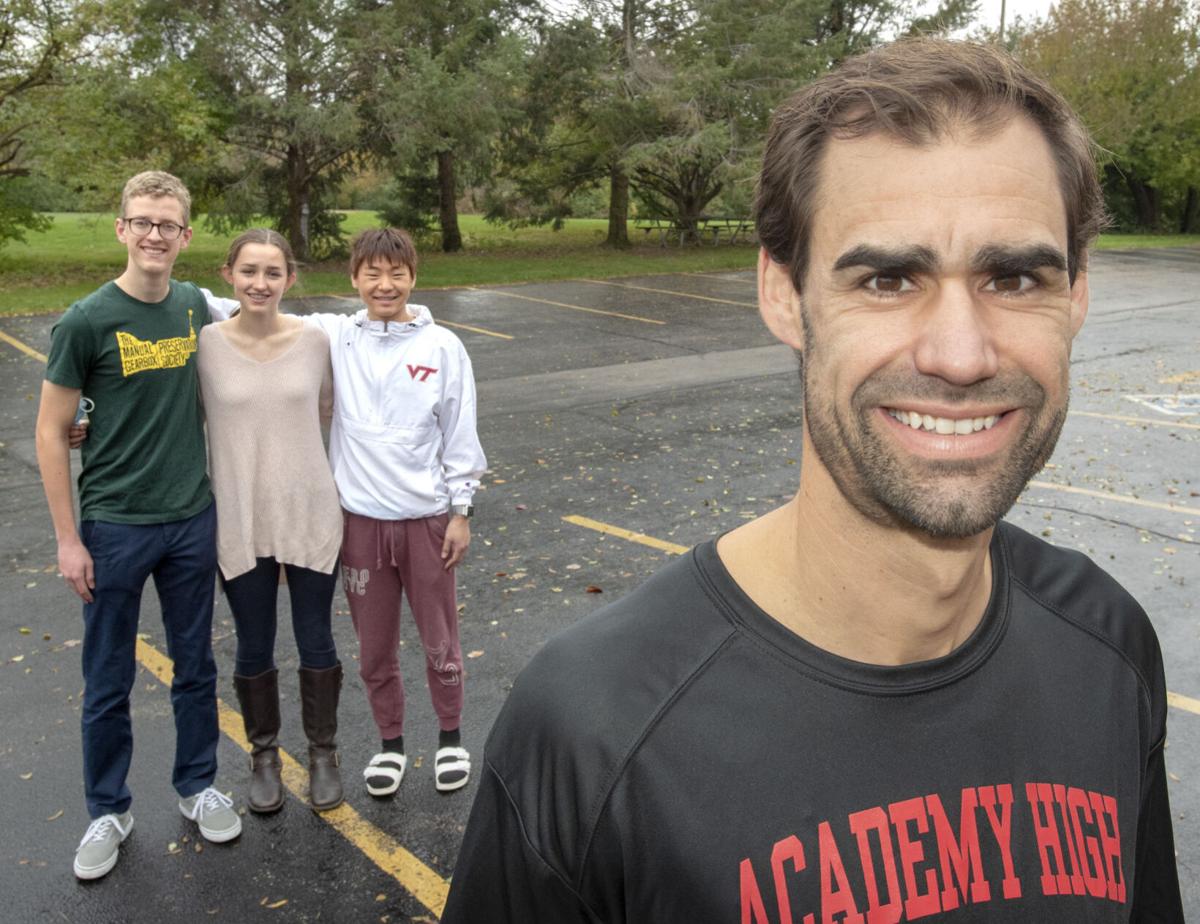 Kyle Hummel, athletic director and track coach at Academy High, joined three of his athletes at the school in Champaign: (from left) Sam Laufenberg, Eleanor Laufenberg and Jong Min.

Kyle Hummel had no classroom teaching experience before joining the faculty at Champaign’s Academy High School. But as he does when it comes to fitness and training, he hit the ground running.

That’s the assessment of Head of School John Carpenter.

Hummel doesn’t let obstacles stand in his way. It’s what has helped him to compete in numerous triathlons and earn world champion status in Ironman competition.

“As a runner, it’s called, ‘Don’t hit the wall, run through it,’ ” Hummel said of pain in training and competition.

It could also be true of any life challenge. Don’t let doubt, fear and inexperience stop you. Meet it head on.

As with many smaller schools — established in 2017, Academy High has an enrollment of about 65 — many personnel wear a variety of hats. Hummel coaches track and cross-country, serves as athletic director, teaches physical education and health and wellness classes “and threw himself into establishing our first varsity sports program,” Carpenter said.

His original plan was to be a pro triathlete. But in 2009, three weeks before planning to compete in his first full Ironman competition, Hummel was hit head-on by an SUV while training on his bicycle. Both were going 30 mph. Hummel flew more than 30 feet.

It was the first time he had been injured, but it was a doozy. He looked down to see his tibia bone sticking out and knew it was shattered.

He thought he would never compete again. But he didn’t give up. He had to move back in with his parents during the recovery process.

“My parents were supportive,” Hummel said. “My dad said something good will come out of it. My doctor said, ‘You’ll never run again.’”

Being able to prove him wrong “made the journey back that much sweeter,” he said.

It wasn’t easy. It was a slog. He needed 24-hour care. Being immobile for a while was no fun. Hummel said he didn’t get depressed, but he got bored. For a man who was so used to being active, not being able to get up and go was a downer.

Hummel said he is one of those rare people who thrives on pain in training.

“I love it. I love pain,” he said. “If I don’t give myself pain, I feel sluggish. I feel awful. Most people, when they feel pain, they quit.”

After two years of no running and recuperation that included five surgeries, Hummel was able to compete in a half-Ironman three years after his accident.

A triathlon refers to any distance of swim, bike, run. He has won multiple triathlons.

Being hit by the car wasn’t the only physical trauma Hummel would face. In 2013, he was diagnosed with pneumonia and pleurisy. He ended up having emergency lung surgery. Doctors originally thought he had cancer, but it turned out he had an abscess on his lung and diaphragm that had to be cut out.

“As far as nutrition, the most common mistake the general population makes really is just not knowing what they’re eating,” he said. “You’d be surprised how many people don’t know how to read a food label. What most people have learned about nutrition is the amount of calories. It comes down to, do you want to be healthy or not?”

Hummel has his meals planned out for every day of the month.

“Too many athletes don’t get enough carbs,” he said. “My diet is very carb-heavy, and I make sure I get enough calories. Many people feel butter is bad for you. Butter is good if you do it in moderation."

Hummel and his wife, Randi, moved to this area when she took a new job.

Hummel didn’t know if he would be a good teacher, but he wasn’t afraid to give it a try. It turns out he gives education his all like he does training.

Academy High students appear to have bought in, according to Carpenter.

“He is a natural” as a teacher Carpenter said, “and the kids have really responded to him.”

Little Miss of America Jordynn Huskisson of Fisher enjoys giving to others.

Her most-recent acts of kindness have been creating blessing boxes for her hometown and for Thomasboro.

The blessing box is a small structure that will hold essential items people may need such as paper products, baby needs and food.

Ronda Scott provided Huskisson a $250 Thrivent action team grant to help with expenses. She said donations are welcome for the blessing box.

Huskisson and her parents, Chuck and Amy, built the box.

Huskisson said she chose Thomasboro “because they don’t have a food pantry and this would help until they could get to a church or food pantry.”

“I think the blessing boxes are a good way to get younger kids involved in volunteering,” she said. Most volunteering is age 16 and above, so it’s hard to do stuff if you want to. This way anyone can help to keep it filled.”

Huskisson said she is excited to see how the community uses it.

Scott was on hand along with Thomasboro Public Works Superintendent Chad Polsky when Huskisson donated the blessing box. Polsky said it would be placed outside the public works facility at 606 W. Central Ave.

Eric Hiatt of Savoy has been named the Illinois Jaycees 91st state president.

A member of the Champaign-Urbana Jaycees, Hiatt was elected during the Illinois Jaycees annual meeting Nov. 13 in Springfield.

He is the first Champaign County-based state president in almost 70 years.

The Illinois Jaycees is part of JCI, a global network of more than 5,000 chapters with more than 200,000 members in 120 countries around the world.

Hiatt, 33, is employed by the University of Illinois as a resource and policy analyst. He helped to reactive the Champaign-Urbana Jaycees in 2018 after a job change brought him to Champaign County. He previously served as a member of the Springfield Jaycees, where he led the Capital City Celebration, one of the chapter’s largest events.

Paige White of Champaign, who will be attending Spelman College, has been named to receive a McDonald’s Black & Positively Golden Scholarship.

To help students relieve some of their worries and provide access to needed support, McDonald’s Black & Positively Golden Scholarship Program is awarding $500,000 in scholarships to 35 students attending historically black colleges and universities in partnership with the Thurgood Marshall College Fund as well as lifetime memberships to Shine, a leading minority-owned stress and anxiety management app.

Paula Hopkins-Plackett, who owns and operates A House of Flowers By Paula, was named Citizen of the Year by the Rantoul Area Chamber of Commerce at its recent annual banquet.

— Karen Hughes and Jenny Frerichs, educators of the year;

A monster of an award

Mark and Tim Hall, owners of monster trucks Raminator and Rammunition, with headquarters in rural Thomasboro, have been inducted into the International Monster Truck Hall of Fame.

“We and our entire team at Hall Brothers Racing are humbled and honored to be recognized by the International Monster Truck Hall of Fame,” Tim Hall said. “For the last 35 years, we have been grateful to have the opportunity to do what we love. It is a magnificent feeling to be recognized as some of the best to do it. This is a defining moment in our career for sure.”

Clark-Lindsey has announced two promotions to assistant director of nursing.

Both Eme Ekong and Donisha Edwards will serve in those positions.

They will supervise and monitor all nursing activities, ensuring the comfort and care of residents are met. They are responsible for auditing rooms, charts and staff compliance in Meadowbrook Health Center and the Green House homes.

They will investigate fall incidents and carry out various clinical and administrative tasks on the nursing floor. Also, they will supervise and guide staff and help with education.

Edwards joined Clark-Lindsey in October 2014 as a certified nursing assistant. She said she came to Clark-Lindsey “looking for stability and a great job to call home.” She earned an associate degree in nursing in 2020 at Parkland College.

Ekong joined Clark-Lindsey in 2014 as a registered nurse in Meadowbrook Health Center. She graduated nursing school in 1986 in Nigeria and worked there until 2002. She became a practicing nurse in the U.S. in 2004. Ekong started as a labor and delivery nurse (midwife) and made the switch over to elderly adults because she enjoys working with a wide variety of patients.