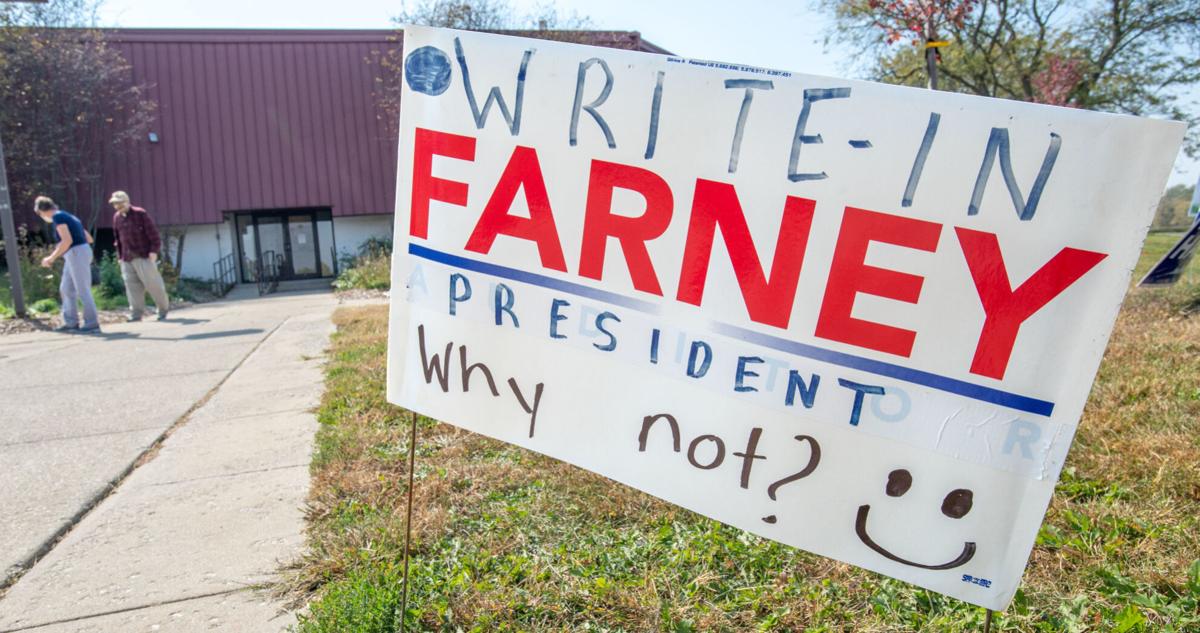 One of John Farney’s modified signs, left over from when he ran for county auditor in 2018, gets his message across outside Brookens Administration Center in Urbana. 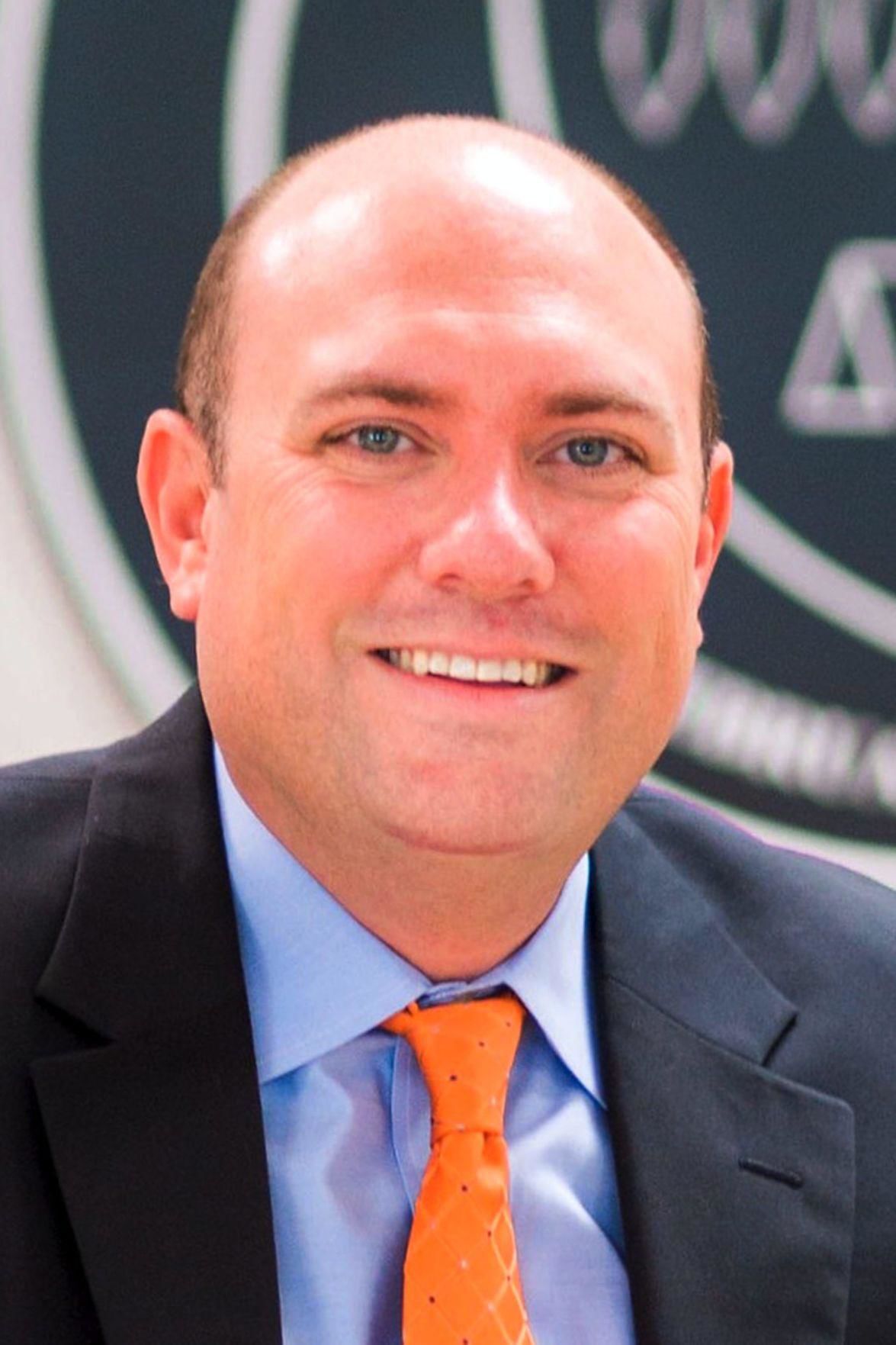 One of John Farney’s modified signs, left over from when he ran for county auditor in 2018, gets his message across outside Brookens Administration Center in Urbana.

Although he was defeated in 2018 in his campaign for a full four-year term as county treasurer, the rural Urbana Republican is back this November as a declared write-in candidate for ... president of the United States.

“I did that after hearing so many people say that I’ve got nobody to vote for. In a lot of ways, I agreed with them,” said Farney, who is now a mortgage broker for Molitor Financial Group. “I’m not thrilled with any of our choices.”

He wasn’t thrilled four years ago either, he acknowledged, and wrote in Ohio Gov. John Kasich’s name for president. Farney had run that year as a Republican delegate candidate for Kasich.

A write-in vote for Farney will count, but only in Champaign County. Only there is he a declared candidate.

“I have probably 100 old county auditor signs up in my shed,” he said.

“So I put up a sign (at the Brookens Center early-voting facility) and I’ve actually made up about 10 others with funny sayings, usually related to something like, ‘Why not?’” he said. “I did put one in former county board member Greg Knott’s front yard that says, ‘Vote Farney. He drinks Miller not Corona.’”

He said he still considers himself a Republican and is supporting Republican candidates “for the most part,” particularly the county GOP slate.

“This is entirely in good humor. It’s just for fun because the presidential race this year is so doggone nasty,” Farney said.

His goal is 1,000 write-in votes. A few other parents at Holy Cross School are campaign helpers, he said.

The forest preserve district is seeking a 1.6-cent increase in its property-tax rate, an amount that would cost the owner of a $100,000 home about $5.33 a year. For the owner of an 80-acre parcel with very good productivity, the cost increase would amount to $8.30 a year.

“It’s a difference, yes, but our governmental affairs committee heard the presentation from the forest preserve and then they presented to our board of directors, and they decided to support it,” said Brad Uken, manager of the county bureau.

“If I had to summarize, I’d say that this is primarily going to maintenance,” Uken said. “And I think there were several comments that if we looked at how they spent their money versus how the state spent, they’ve spent their money a lot better and have been more responsible with it.”

If successful, it would be the first voter-approved tax increase in the forest preserve district’s 72-year history.

Crowe, who lives in Charleston, recorded social-media endorsements for Democrat Mitchell Esslinger of Strasburg. One of them hits Halbrook for his proposal to separate Chicago from the rest of Illinois.

“In a time when no one is listening to each other and everyone is fighting, my dad proposed that Chicago secede from Illinois, based on a lie,” she said. “The people of Illinois are not tearing the state apart. Greed, moral corruption and career politicians are.”

In another, she condemns her father for voting against a bill to limit insurance co-pays for insulin.

“Voting against affordable insulin to keep profits high for drug companies is not rural values,” Crowe said. “If he cared about rural values, he wouldn’t keep fighting to protect corporate interests. For that reason, I’m endorsing Mitchell Esslinger.”

Champaign County’s Business Empowered Political Action Committee, the political arm of the Champaign County Chamber of Commerce, has made contributions to four Republican candidates in the Nov. 3 election.

Tom Kacich’s column appears on Sundays in The News-Gazette. He can be reached at kacich@news-gazette.com.