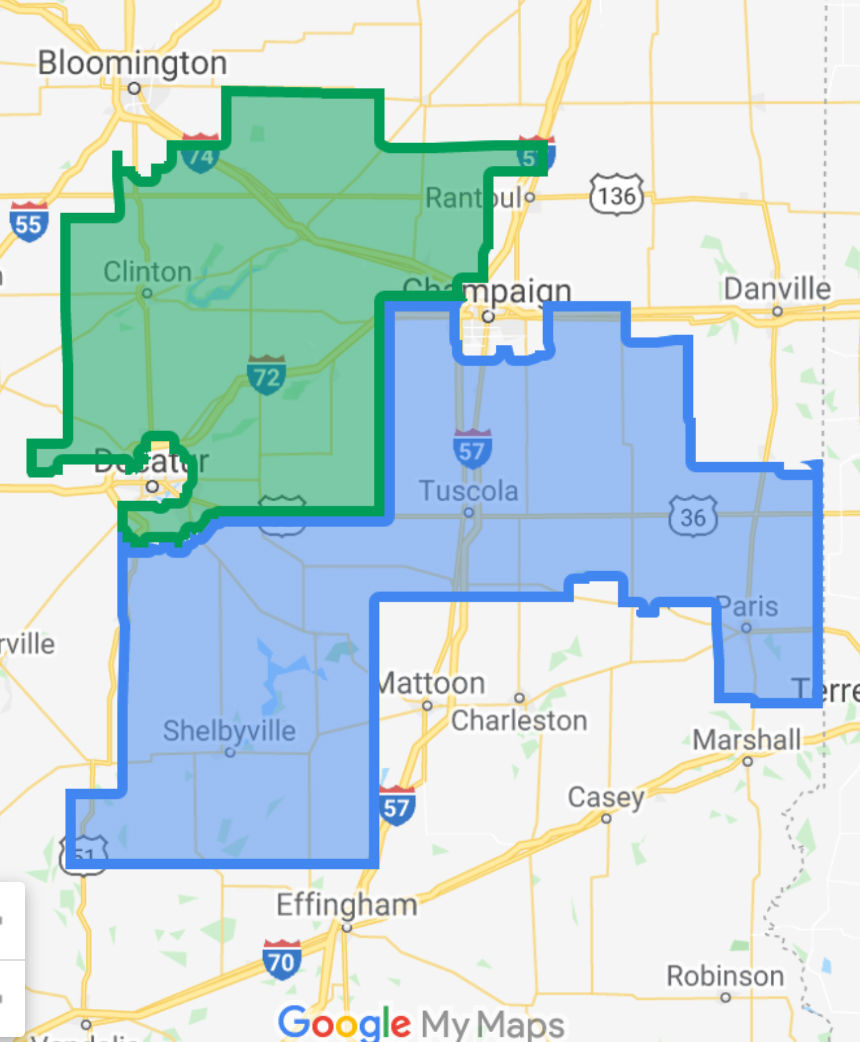 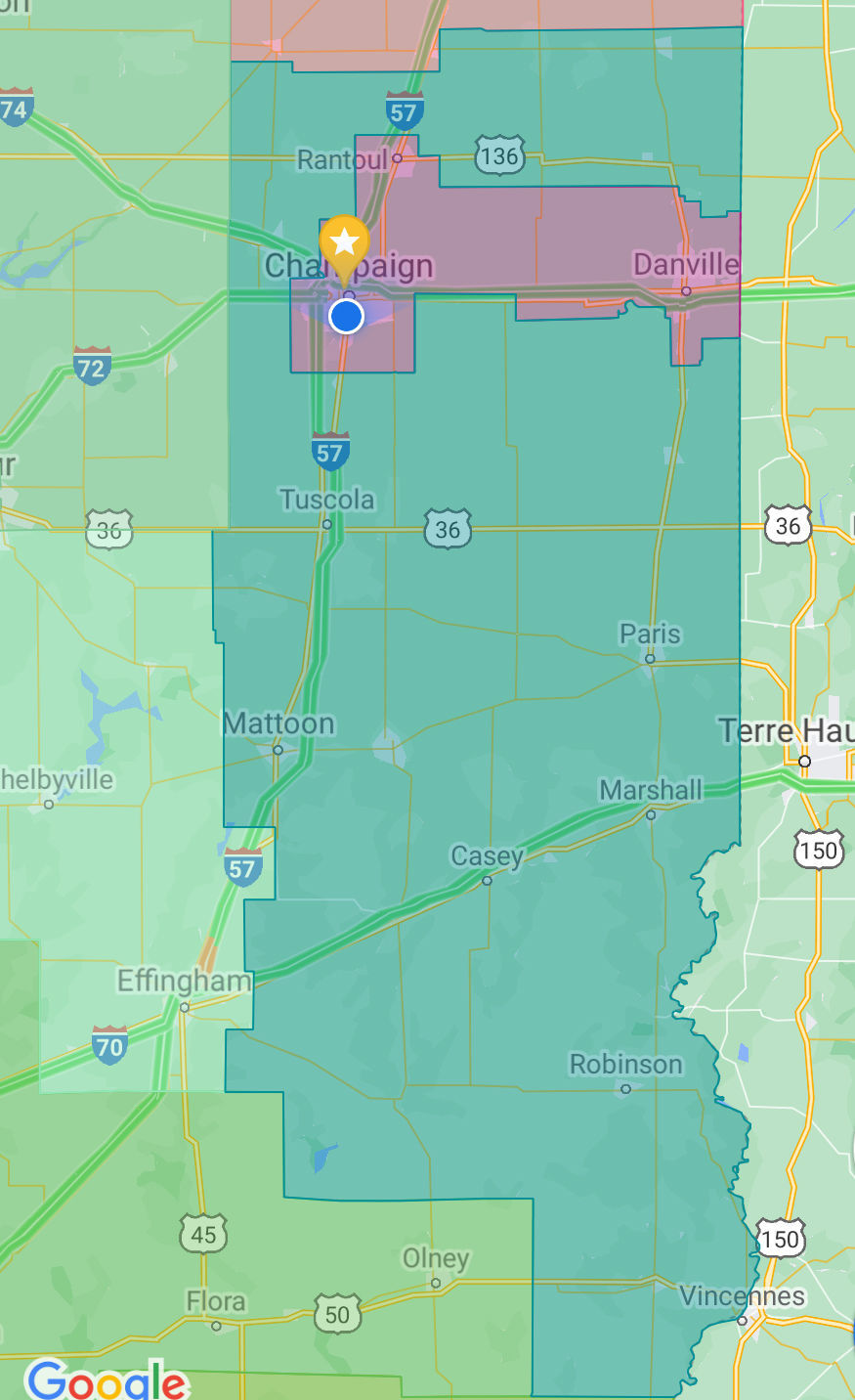 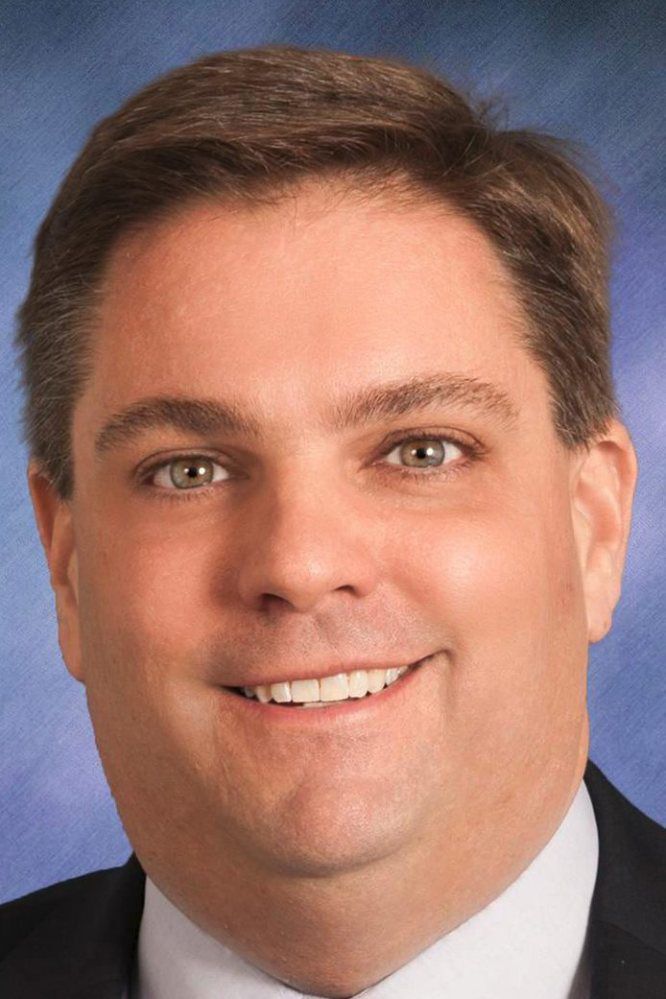 State Sen. Chapin Rose, who’s been in the Illinois General Assembly for 18 years, must have thought he’d seen everything until he saw the new legislative district map.

For the last 10 years, the Republican has represented a 51st Senate District that included all or parts of 10 counties — large, but one in which his Mahomet home was central.

Things are going to change next year, and not only because Democrats drew the new boundaries.

The new district, approved last month, has only three counties in common with the old one — Champaign, Vermilion and Edgar — and seven new counties.

It goes farther south than Vincennes, Ind. Rose will have a 145-mile drive one-way to St. Francisville, a town of 800 on the Wabash River in Lawrence County that is in his immense, new district.

The new 51st District is about 140 miles long and as much as 50 miles wide. And it’s not even the largest of the 59 new Senate districts under the new map. An odd, U-shaped 47th District along the Mississippi River in west central Illinois is even larger, comprising all or parts of 12 counties.

Rose said he plans to run in the new district, although he joked that he might as well run for Congress. His district is larger than many congressional districts.

“I’m running,” he said. “Getting Coles County back is a huge plus for me.”

Rose grew up in Charleston, represented the area when he was in the Illinois House and still has many friends and contacts in Coles County.

“Last week, I was down in Palestine (in Crawford County) in their parade, had a great time,” he said. “But this is going to be difficult to manage, no doubt about it.

“You talk about gerrymandering, they’ve pushed the envelope with this,” he said of the Democrats who drew the new district boundary lines.

Rose said he believes the map, already on its second version and the subject of a federal lawsuit, could be found unlawful.

“I don’t think this is the final map,” he said. “I think that in quote-unquote ‘fixing’ the map they actually reduced the number of Latino districts, which makes it even more unconstitutional under the voting-rights provisions.”

On the other hand, it’s unlikely the challenges to the map will affect far-downstate legislative boundaries because there are much smaller percentages of racial minorities there and because population losses there are so pronounced.

“The great thing about this is that it’s all wonderful people, and I’m really glad to be representing Coles County again,” he said. “But at the same time, like all these idiotic maps, it shouldn’t have anything to do with what a politician wants. It should be a fair map. If you look at the Iowa (legislative) map, they have these tight, little, basically square districts, that go east to west along three or four roads.

“That’s a fair map. And then you have this thing in Illinois which is utterly ludicrous. You have the 51st (District), which runs from basically Route 9 on the north to about 2 hours and 45 minutes south to literally almost Kentucky. That’s one district.

“Then you have this nice, tight, little thing that runs from Champaign to Danville that is 40 minutes apart.”

He’s referring to the 52nd District represented by Democrat Scott Bennett of Champaign.

Big districts aren’t just an inconvenience for the legislators who represent them, Rose said.

Rose said he still has hopes that Illinois will get a fair-map amendment to its constitution, one that would have an independent commission draw legislative boundaries. That would require another statewide petition drive and a successful ruling from the Illinois Supreme Court, which likely would hear a challenge. A politically divided Supreme Court shot down one effort in 2016.

“Hopefully we’d get one that is more impartial and fair and one not beholden to the Chicago machine,” he said.

Tom Kacich’s column appears on Sundays in The News-Gazette. He can be reached at kacich@news-gazette.com.