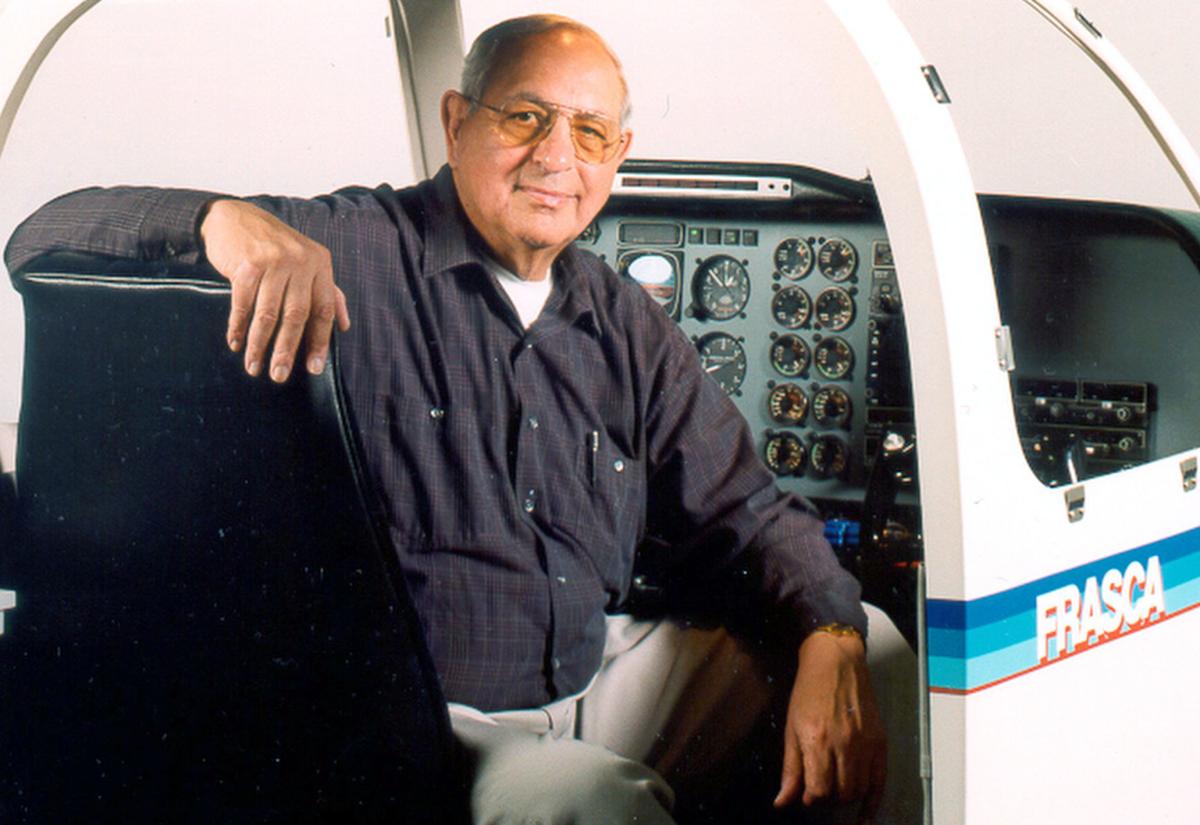 Rudy Frasca, shown in one of the flight simulators produced by his company, Urbana-based Frasca International, died May 11, 2020, at age 89. 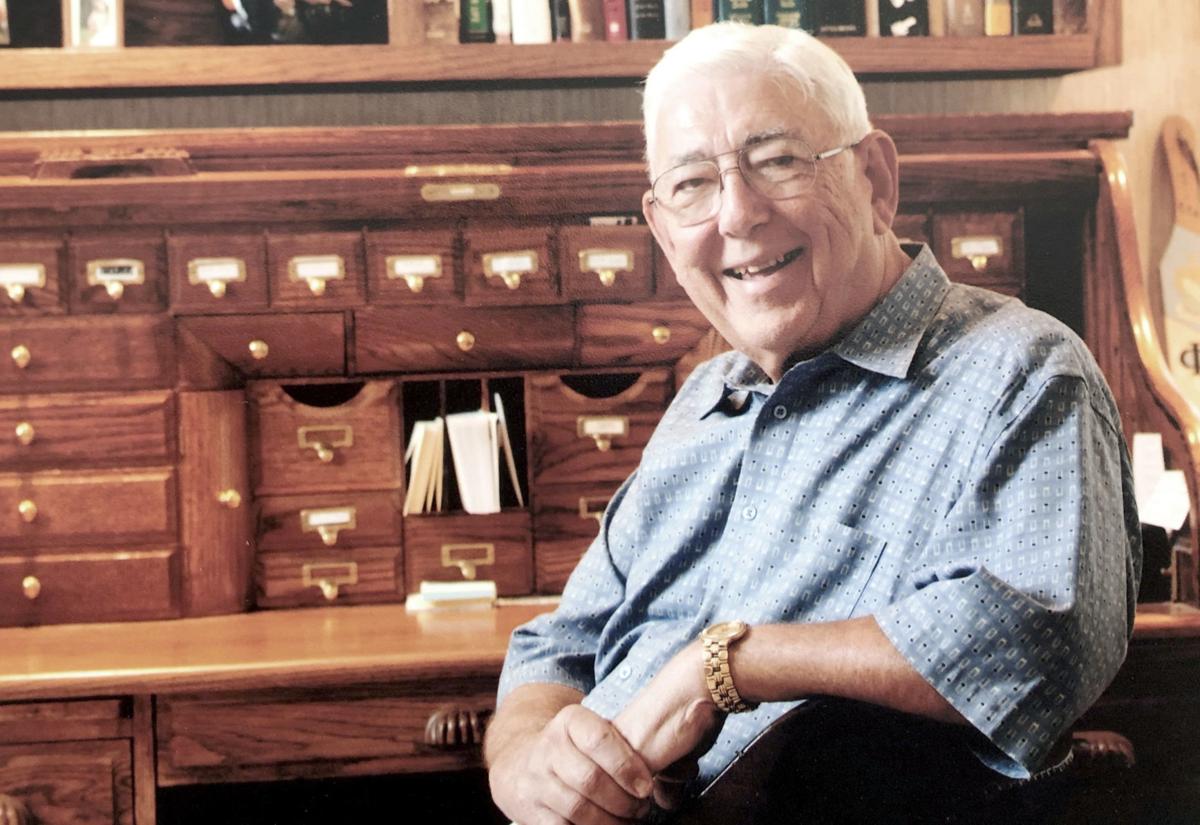 Roy Van Buskirk, who built his company, Champaign-based Bacon & Van Buskirk, into one of the top glass businesses in the region, died April 21, 2020, at age 89.

Rudy Frasca, shown in one of the flight simulators produced by his company, Urbana-based Frasca International, died May 11, 2020, at age 89.

Roy Van Buskirk, who built his company, Champaign-based Bacon & Van Buskirk, into one of the top glass businesses in the region, died April 21, 2020, at age 89.

The recent passing of two prominent local citizens evoked appropriate media tributes, but Rudy Frasca and Roy Van Buskirk led such admirable lives that commemorations will never do them justice — this one included.

These men attained pinnacles in their fields beyond the reach of most high achievers. Both were University of Illinois graduates who leveraged their educations and life experiences into remarkable careers. Both had to endure the heartbreaking loss of loved ones.

Each valued relationships with friends local and distant; their feet never left the ground upon which the least of us walks. Well, except when they were looking down from the clouds, because Roy and Rudy were passionate pilots.

Champaign born and raised, Roy took the reins of his family’s firm in 1967 and led it for 30 years, expanding Bacon & Van Buskirk Glass during peak growth decades to outlets in six cities. He founded and owned Illini Pella for three decades, as well.

During his time at the helm, this gifted small-town entrepreneur earned recognition as an industry icon, heading both the National Glass Association and the Glass Association of North America — the only person ever to lead both major trade groups.

He also played a key role in the eventual merger of the two associations. Today, Bacon & Van Buskirk serves central Illinois from Springfield and Champaign.

Roy was involved in multiple community-service organizations and served on three local bank boards. He flew his twin-engine aircraft throughout this nation and traveled extensively abroad, making friends around the globe.

But most important to him were family and local connections. Quotes from area friends in Bob Asmussen’s April story attested to this: Roy was a widely respected role model for integrity and character. He was genuine, unpretentious and ever the perfect gentleman.

The term “icon” has been associated with Rudy Frasca as well, but “legend” may be more apt, because in the world of aviation, he was legendary. His induction into the National Association of Flight Instructors Hall of Fame, and especially his place on the Wall of Honor at the Smithsonian National Air & Space Museum, confirm this. Rudy pursued his passion for flying in countless ways, and applied his education, training and ingenuity to helping others fly better and more safely. He was considered “the best-known pilot in flight simulation.”

It’s impossible for us laymen to grasp the conceptual engineering genius that Rudy incorporated into building superb flight simulators for many aircraft, fixed- and rotor-wing. He was fresh out of the U.S. Navy when he built his first simulator in his garage in 1958.

His fledgling company grew into the global flight-training device powerhouse Frasca International, which today competes successfully with Boeing, Lockheed Martin and Rockwell International in the U.S., as well as many firms abroad. One source reports that more than 3,000 Frasca simulators have been delivered to some 70 countries.

Little wonder Rudy was named the Parkland College Foundation Champaign County Entrepreneur of the Year in 2013.

His business acumen and engineering magic aside, Rudy had a bigger-than-life personality. He was known and loved by pilots far and wide as he took to the air in his collection of vintage aircraft, from his Piper Cub to my favorite, his Curtis P-40 Warhawk with the Flying Tigers shark face from Claire Chenault’s WWII squadrons.

Rudy and his planes were frequent stars at AirVenture Oshkosh that attracts as many as 10,000 aircraft and more than half a million spectators annually (except this year), and at many other air shows. When not piloting himself, Rudy touched down in many countries in Europe, Asia and the Middle East.

Commemorations of both Rudy and Roy made special mention of their consistent support of the Champaign-Urbana community and, above all, of their devotion to family. Simply, these two business titans were exemplary human beings.

Roy and Rudy practiced their faith at First Presbyterian and St. Matthew Catholic churches, respectively. One can easily imagine that, sometimes, as they soared high into the heavens, they felt closer to God than is ever possible in church.

Peter T. Tomaras of Champaign is a writer and hotel consultant. He can be reached at innkeeper88@att.net.