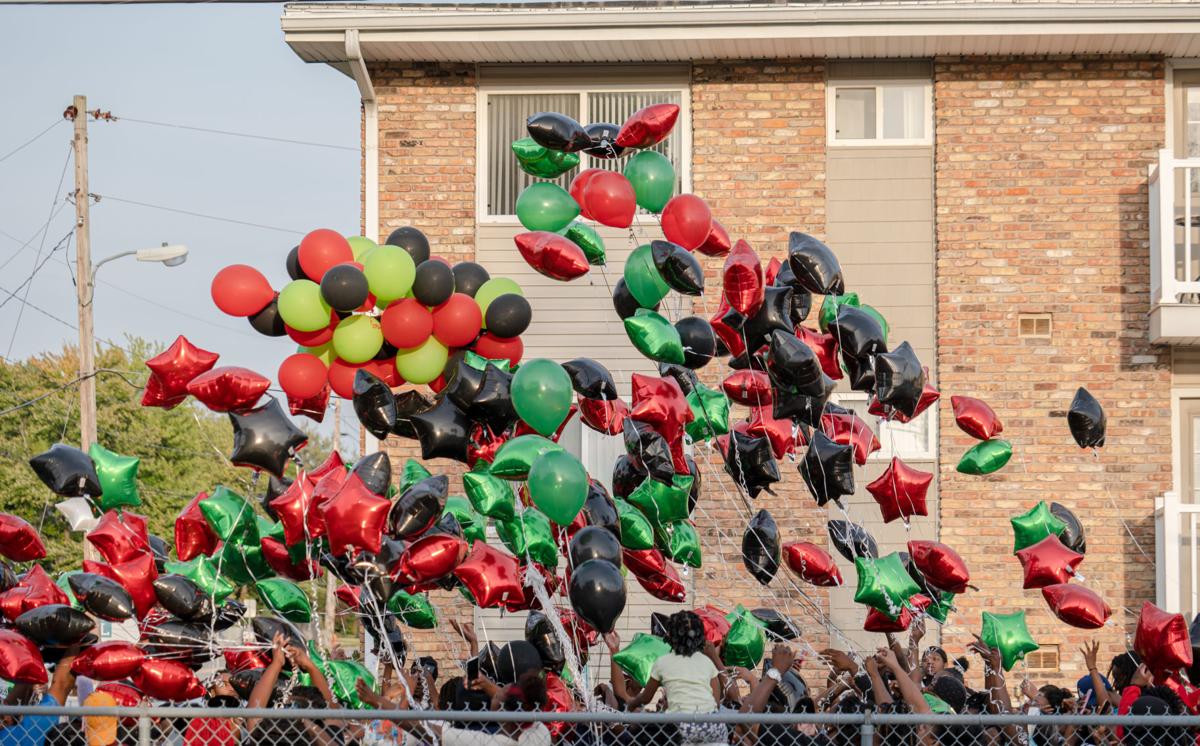 Friends and family of Jonathon McPhearson, who was killed in a shooting in the 1500 block of West Kirby Avenue in Champaign, release balloons at the site of the shooting in honor of the Centennial High School junior. 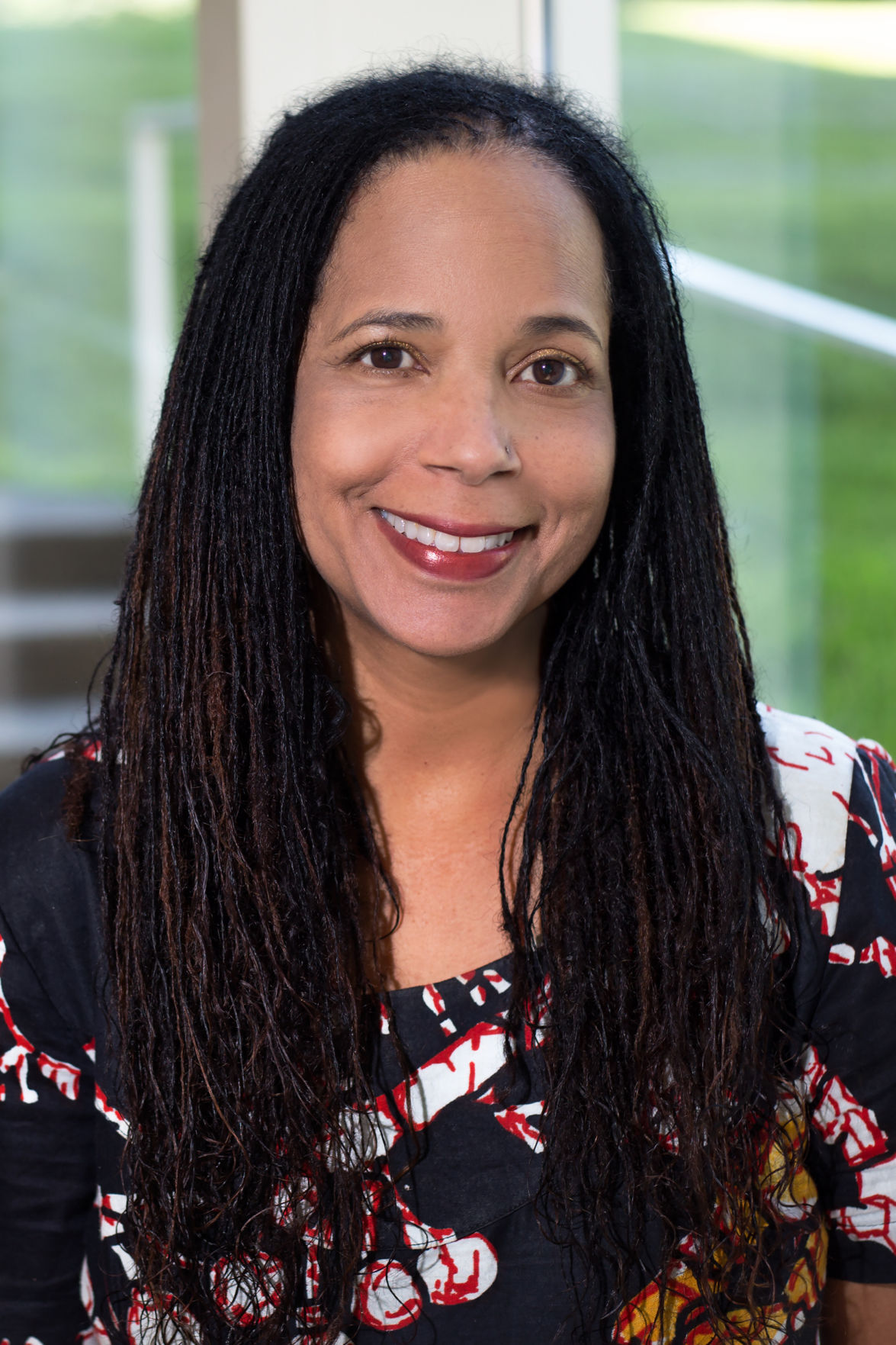 Last month, family and friends of 17-year-old Jonathon McPhearson gathered for a balloon release to honor his life. The Champaign high school student was shot and killed outside of his apartment building while waiting for his mother and sister to return home.

McPhearson’s death is part of a larger problem. While Champaign has witnessed an approximate 150 percent increase in gun violence in 2021, the city isn’t alone. Using data from the gun violence archive, experts forecast that the U.S. will have the largest increase in gun homicides in decades. To combat this spread of firearm deaths, anti-gun violence prevention initiatives must intentionally create radical healing spaces.

Radical healing spaces are physical, social and virtual communities that promote health and thriving. They’re designed to help those most impacted by racial and other forms of oppression by nurturing self- and community-transformation while also tackling the root causes of inequities.

Freedom Schools exemplify radical healing spaces; the after-school and summer programs offer culturally relevant academic enrichment, civic and leadership education, and attend to the health and well-being of youth and their families.

‘We need to listen to communities about what they think will work; after all, they’re the experts’

Creating radical healing spaces is that multi-pronged solution. It allows for a more holistic approach to address both the structural causes of gun violence and the resulting invisible wounds, including the cumulative trauma that individuals, families and communities experience through exposure to gun violence.

Radical healing spaces can be part of larger workforce development efforts. As we know, providing teens with jobs is tantamount to reducing gun violence. For example, youth who participated in a summer job program in Chicago offered through local community organizations showed a 43 percent decrease in violent crime arrests (including gun violence).

Creating radical healing spaces in Garden Hills — one of the areas with the highest rates of shots fired — is essential to Champaign’s anti-gun violence efforts. Residents in this predominantly Black (59 percent) neighborhood persistently fight for sidewalks, city lights, functioning storm sewers, etc. After years of advocating for change, it appears some of the essential infrastructure needs will be addressed in the near future.

We need to listen to communities about what they think will work; after all, they’re the experts on the happenings in their neighborhoods. And healing spaces is what they want.

I learned this when I worked for more than three years with a small group of local African American youth on #PowerUp, a youth participatory action research project. The youth investigated gun violence and identified concrete solutions. As part of these efforts, we visited neighborhoods with the highest rates of shots fired and the youth photographed images that spoke to them.

In analyzing their photos, the #PowerUp youth researchers found neighborhood blight to be a serious concern. The youth relayed positive stories of good times they had in similar neighborhoods in which they lived or visited while also remarking on how unsettling it was to see the overgrown lawns, litter, lack of sidewalks and such where they lived.

They dreamed of clean neighborhoods, a large-scale job apprenticeship program and teen-focused community centers and gymnasiums.

In predominantly Black, lower-income neighborhoods, radical healing spaces redesign the environment — including changes to the infrastructure and improvements in affordable housing — revamp safety and revitalize social networks through neighborhood teen programs throughout the city, as well as form online and physical spaces that strengthen community solidarity and psychological health.

‘We need many intervention efforts that do not focus on the symptoms, but rather on the multiple root causes’

Radical healing spaces have benefits beyond reducing shootings, which are disproportionately shouldered by Black Americans; they’re 10 times more likely to die from a firearm wound than White Americans.

A recent policy report by Everytown for Gun Safety documents the myriad ways in which Black American youth and communities are affected by gun violence such as increased anxiety, depression, grief, collective loss and fraying community solidarity and cohesion. That’s why we need policy and programming that heals. Even people who don’t get shot experience the harm of this epidemic.

Radical healing spaces wouldn’t be the first attempt to curb gun violence. The Champaign Community Violence Task force and CU-Fresh Start are examples of local efforts. These efforts primarily target individuals who are determined “proven risks” or “impact players” rather than seek to heal and protect a community. CU-TRI focuses on individual and community healing, but they’re only one organization.

We need many intervention efforts that do not focus on the symptoms, but rather on the multiple root causes the way radical healing spaces do. These physical, social and virtual spaces won’t spring up overnight; this is a long-term solution.

But there are too many Jonathon McPhearsons waiting for local leaders to do something effective to save their lives. Bold, comprehensive efforts are needed now.

Helen A. Neville is a professor of Educational Psychology and African American Studies at the University of Illinois at Urbana-Champaign and a Public Voices Fellow with the OpEd Project.

Being Black in America: The Rittenhouse verdict

We asked 77 community members for the one word that best describes how they felt when they learned that Illinois teen Kyle Rittenhouse had been acquitted on all five charges, including intentional homicide.