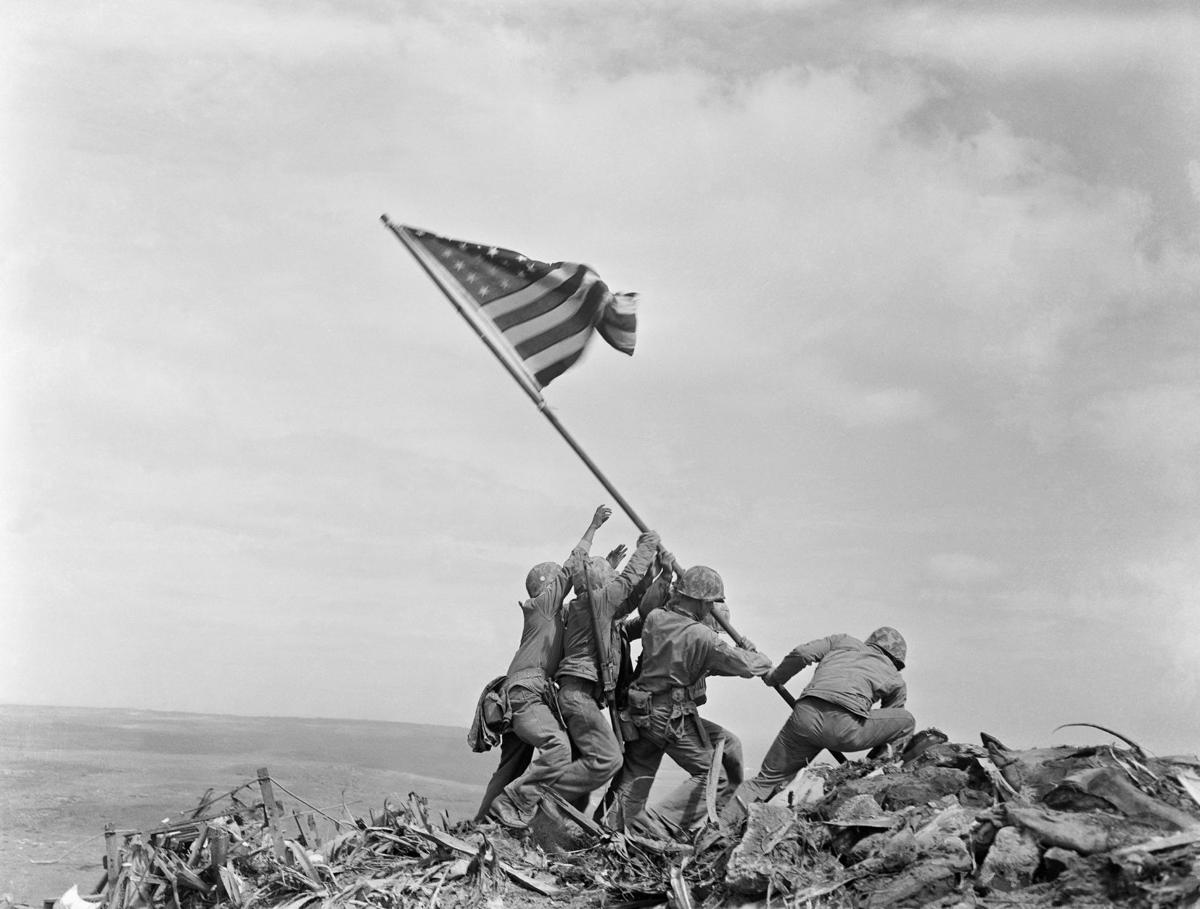 The iconic photo taken by Joe Rosenthal (inset) on Feb. 23, 1945, was first published in Sunday newspapers two days later and reprinted in thousands of publications. 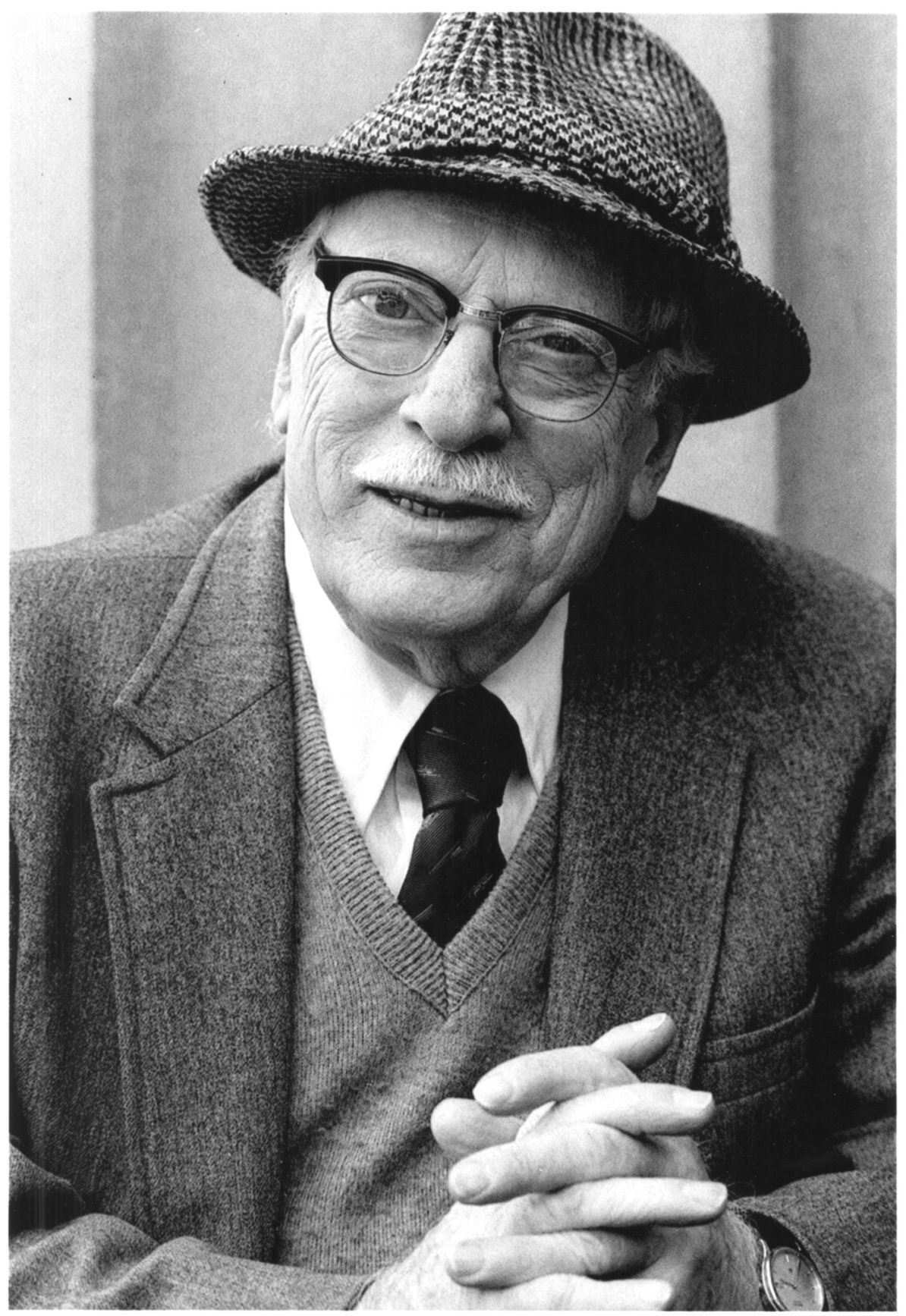 After the war, Joe Rosenthal joined the San Francisco Chronicle, where he worked for 35 years before retiring in 1981. 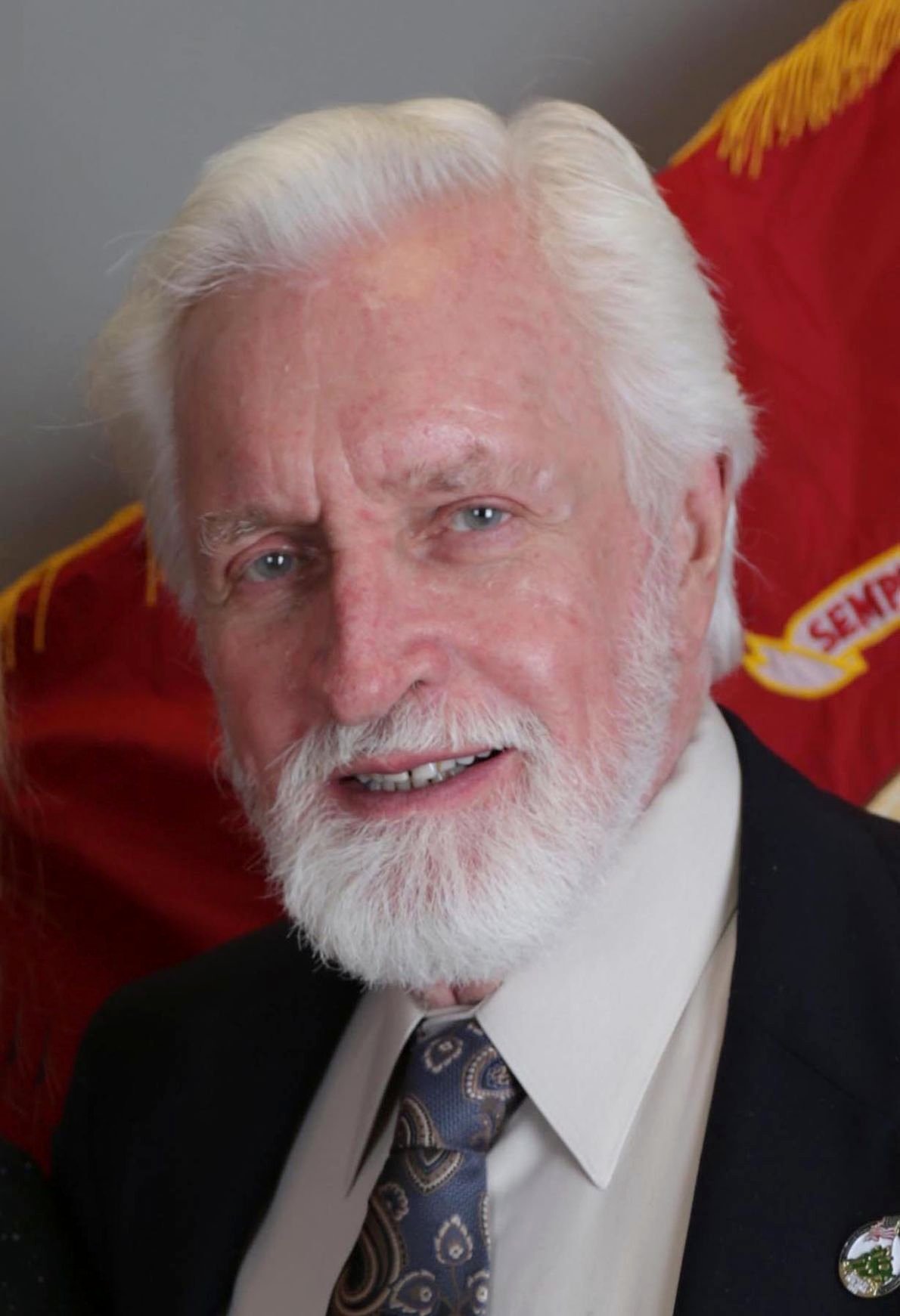 The iconic photo taken by Joe Rosenthal (inset) on Feb. 23, 1945, was first published in Sunday newspapers two days later and reprinted in thousands of publications.

After the war, Joe Rosenthal joined the San Francisco Chronicle, where he worked for 35 years before retiring in 1981.

More than 75 years after Associated Press photographer Joe Rosenthal took the iconic photograph of the second flag raising on Mount Suribachi during the World War II Battle for Iwo Jima on Feb. 23, 1945, an effort was begun to have a ship named after him.

Unfortunately, that has become more difficult, as it was learned that as much as $200,000 may be required just to christen the ship before approval can be granted.

The diminutive 33-year-old photographer whose eyesight was too poor to serve in the Army as a military photographer barely made it to the top of Mount Suribachi after the first flag had been raised and was about to be replaced with a second, larger flag by the men of Easy Company, 2nd Battalion, 28th Marine Regiment, 5th Marine Division.

He hastily stacked some rocks and hopped up on them beside Marine Sgt. Bill Genaust (who was later killed in action and whose body was never recovered), who had a 16mm motion-picture camera. Both men captured the second flag going up as the first one was coming down. Rosenthal snapped the shot with his bulky Speed Graphic camera.

His photograph became an inspirational symbol for the war and fueled a wildly successful $26 billion bond- raising tour that was instrumental in helping the United States continue on to victory against the Japanese.

But long before the advent of digital photography that provides an immediate image, Rosenthal had no idea of the quality of the photo he had just taken. He next took one of the Marines celebrating on the mountain, then sent the black-and-white film to Guam to be developed. The flag-raising photo was developed and transmitted via radio to the U.S. in time to appear two days later on the front pages of Sunday newspapers across the country.

When Rosenthal made it back to Guam, a fellow journalist told him what a great photo it was and asked if it had been posed. Thinking he was talking about the second photo of the Marines taken after the flag-raising — which came to be called the “Gung-ho” photo — Rosenthal replied that it had.

That minor mix-up caused controversy for years, even though Genaust’s film provided verification that Rosenthal’s photo had not been staged. And Staff Sgt. Norman Hatch, a movie combat photographer who had taken footage during the battle of Tarawa and was in charge of the Marine cameramen on Iwo Jima, was able to guarantee that the Marine Corps could use it forever without payment.

After Hatch left Iwo Jima with Genaust’s film, he met in Washington with Marine Corps Commandant Gen. Alexander “Archie” Vandergrift, and together, they met with Time Life and Associated Press executives and indicated that Rosenthal’s photo was legitimate. As a result, the general asked the AP for permission to use it.

The general was offered two duplicate negatives, and every print would cost the Marine Corps a dollar. Hatch hadn’t yet seen the military-owned film by Genaust to know if there was a similar image to be taken from it.

But to save the Marine Corps money, Hatch bluffed and said they could pull a still image from the film and “blow that up to 8x10 inches and make a print.” He said they might lose some definition, but the Marines would own the footage and there would be no need to pay.

As a result, the AP gave the negative to the Marines and the permission to use it “in perpetuity.” Hatch later said he had no idea at the time if Genaust’s film was “ruined, scratched, underexposed or damaged in some way.”

Rosenthal was already a successful photographer and had covered several campaigns in the Pacific with the Marines. He was awarded a Pulitzer Prize for the flag-raising photograph, which cemented his reputation and career. It was the model for a Felix de Weldon sculpture in Arlington Ridge Park, adjacent to Arlington National Cemetery, in 1954.

While his photo is regarded as the most important photo of WWII and among the most important in the world, Rosenthal’s name began to fade from public view after the war ended. Two U.S. postage stamps showed off his photo but didn’t use his name. And de Weldon’s bronze memorial in Arlington did not bear Rosenthal’s name until 1982, when it was added as an afterthought, 28 years after the dedication.

Given the historical significance and impact of Rosenthal’s work, a group of media photographers, videographers and journalists in the Fellowship of the Lens Educational Foundation are determined to honor Rosenthal’s accomplishments and those of other combat journalists. They formed USSJoe.org and have been petitioning the U.S. Secretary of the Navy to name a warship after the photographer. They have invited people to sign the petition at LensFellows.org, and signatures have been added from all over the world.

They are also accepting donations and offering USS Joe face masks that exceed the N95 standard. Masks are available by making a PayPal donation at the fellowship website.

Plans were going well and the group was optimistic when they learned about the additional money required. The amount is likely too big for the small group to come up with. Sadly, all the efforts to date may not be enough to get a ship named in Rosenthal’s honor.

Still, the fellowship plans to honor him in other ways, including exhibits, an educational website and an honorary street naming, possibly in front of the Marines Memorial Club & Hotel in San Francisco, or another Marine- or Iwo Jima-centric city to be determined.

While there have already been two U.S. stamps of his photo, perhaps a future one will include Rosenthal’s name.

Today, the massive bronze statue based on the photo sits alongside Arlington National Cemetery, where thousands who helped save the country, many of them World War II veterans from 75 years ago, lie in repose.

What a shame that an honor for the man whose photo was instrumental in winning the war against Japan has been stalled by red tape and a hefty price tag.